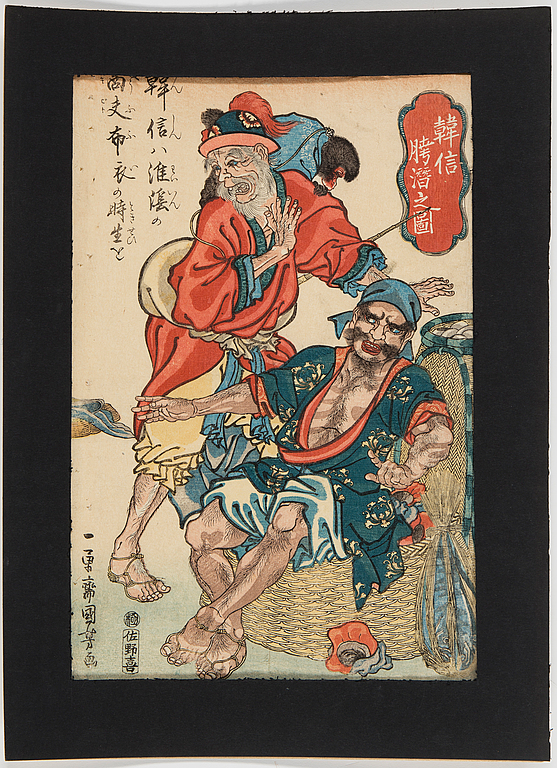 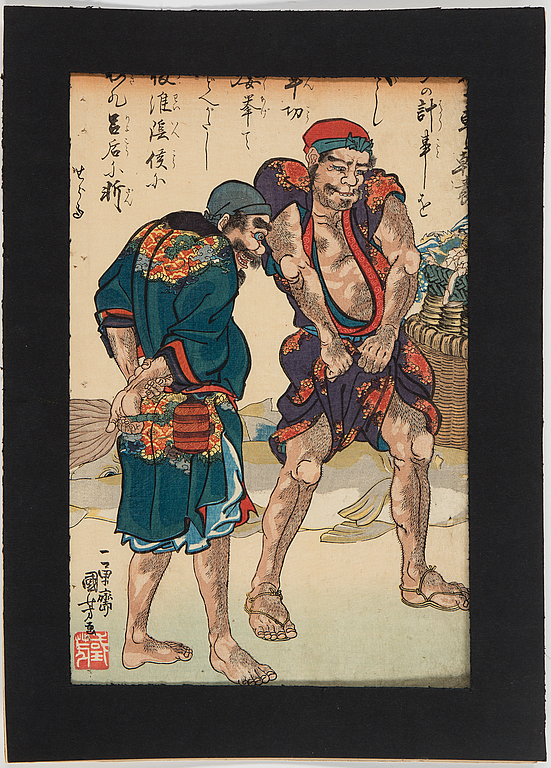 One, from the right side of the triptych, with the design of Tsunetane and Hirotsune killing the nine-tailed devil fox, measurement 25,2x36,9 cm.

One, from the left side of the triptych, with the design of the Chinese worthy crawling under the coolie's legs with onlookers, measurement 25x36,9 cm.