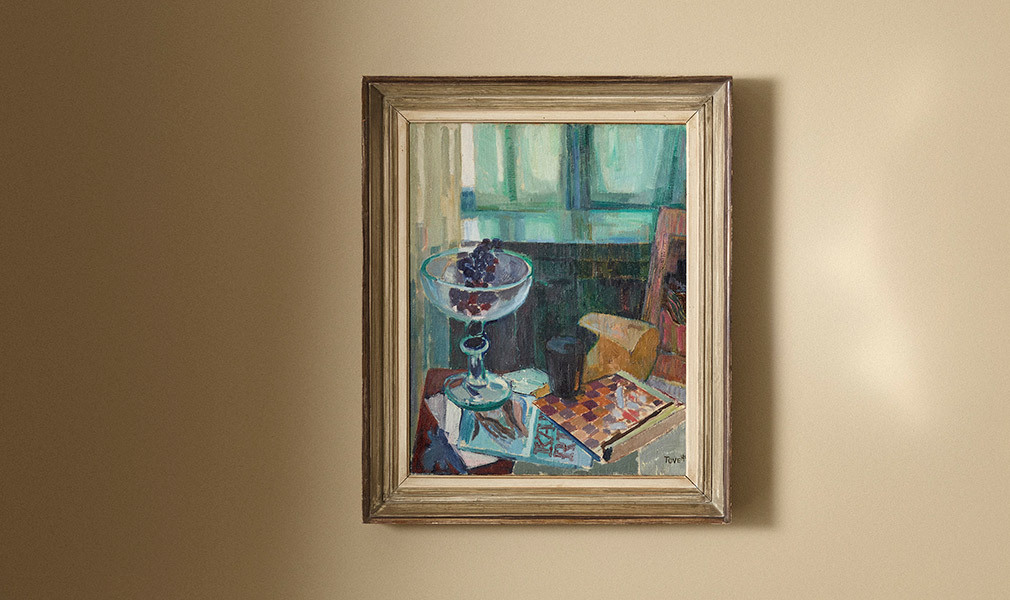 We are pleased to present three beautiful works by one of Finland's most beloved artists, Tove Jansson, at Helsinki Winter Sale

The Woman and the Gladiolus, finished in 1938, represents a period in Tove Jansson’s career when she had distanced herself from the tuition at Ateneum and started to receive attention as an active and productive free artist. In the same year, she received her first public acknowledgement, the Ducat Prize granted by the Finnish Art Society. With funds earned from illustration and literary work, Jansson could make an excursion to France, where the impressionistic colour scheme had impressed her deeply during her studying years. Now her destinations were Paris and Bretagne. In the small sea-side villages of Bretagne, the artist’s palette started to show tones of blueish grey and broken brown. Before travelling from Paris to Bretagne, Jansson participated in the Quatz’Arts masquerade ball, thrown by art students at the end of the term, and the portrait of a woman and a gladiolus was perhaps influenced by this event. In the painting, a woman, lost in her thoughts, has taken off her mask, and a large abundant gladiolus rises in the background – a flower that has traditionally been thought to symbolise fortitude and loyalty. The Woman and the Gladiolus was a gift to Tove Jansson’s dear friend, whose family has kept the painting in their possession until now.

Tove Jansson’s post-war period is characterised by abundant still lifes. Grey hues and the anxiety of wartime slowly started to retreat and gave way to exuberance and brought colours and light back in her paintings. The creativity of a storyteller is presented in the abundance of items and details. The still life was finished in 1944, the same year the artist moved to her atelier home on Ullanlinnankatu. She had had her first solo exhibition a year earlier.

View all artworks by Tove Jansson 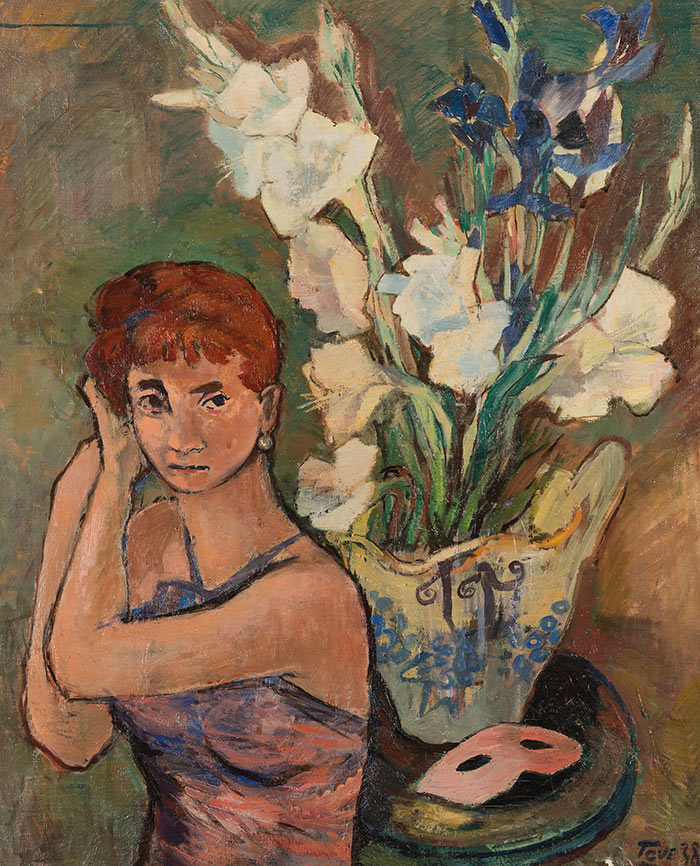