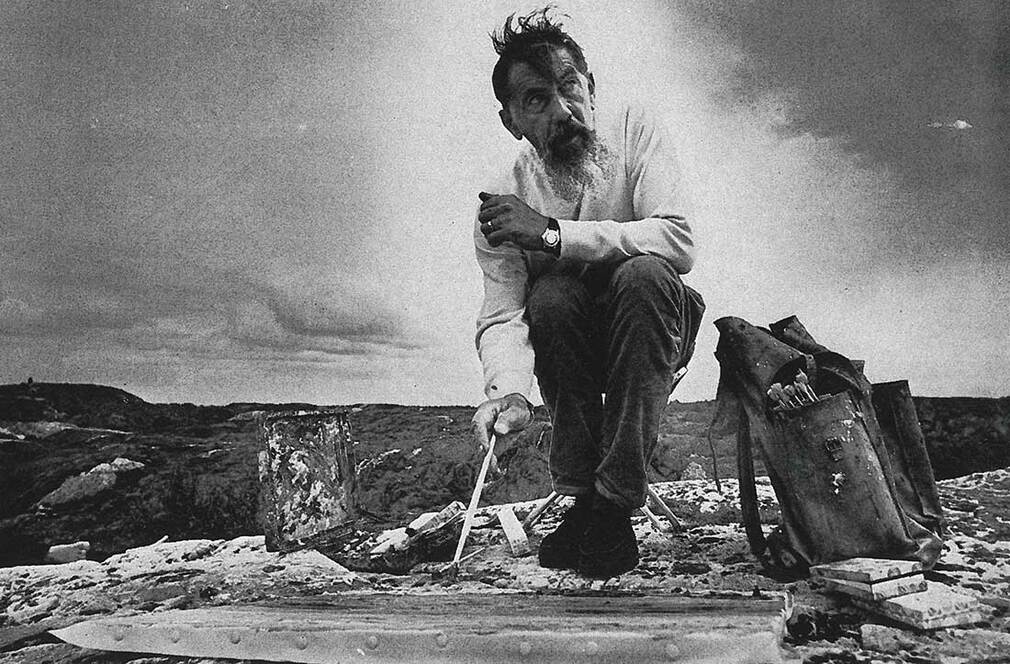 Bukowskis presents several works by Inge Schiöler at Modern Art + Design on 10-11 May.

'Göteborgskoloristerna' is today synonymous with colourful, expressive artistry, with artists like Ragnar Sandberg, Ivan Ivarson, Åke Göransson and Inge Schiöler. The characteristic for the group is sensual, almost vibrant colours where the colour is primarily an expressive expression. It is about artistry closely connected with the salty cliffs and landscapes of the west coast as well as with many international influences.

Inge Schiöler's life and work are strongly integrated. He grew up in Strömstad, studied at Slöjdskolan and was only 18 years old, accepted as a student at Valand in Gothenburg, where he studied for Tor Bjurström. The study trips went to France and Spain, where he hung out with artist colleagues such as Erling Ärlingsson, Karin Parrow and Ragnvald Magnusson. In 1931 he moved to Stockholm under the auspices of Gösta Olson at the Swedish French Art Gallery. He rents a studio room in Stockholm and comes into contact with artists such as Albin Amelin, Sven Erixon, Otte Sköld, Hilding Linnqvist, Gideon Börja and Bror Hjort. However, his stay in Stockholm was interrupted by Inge Schiöler's increasing mental illness, and in March 1933, the family made sure that he returned to Strömstad. 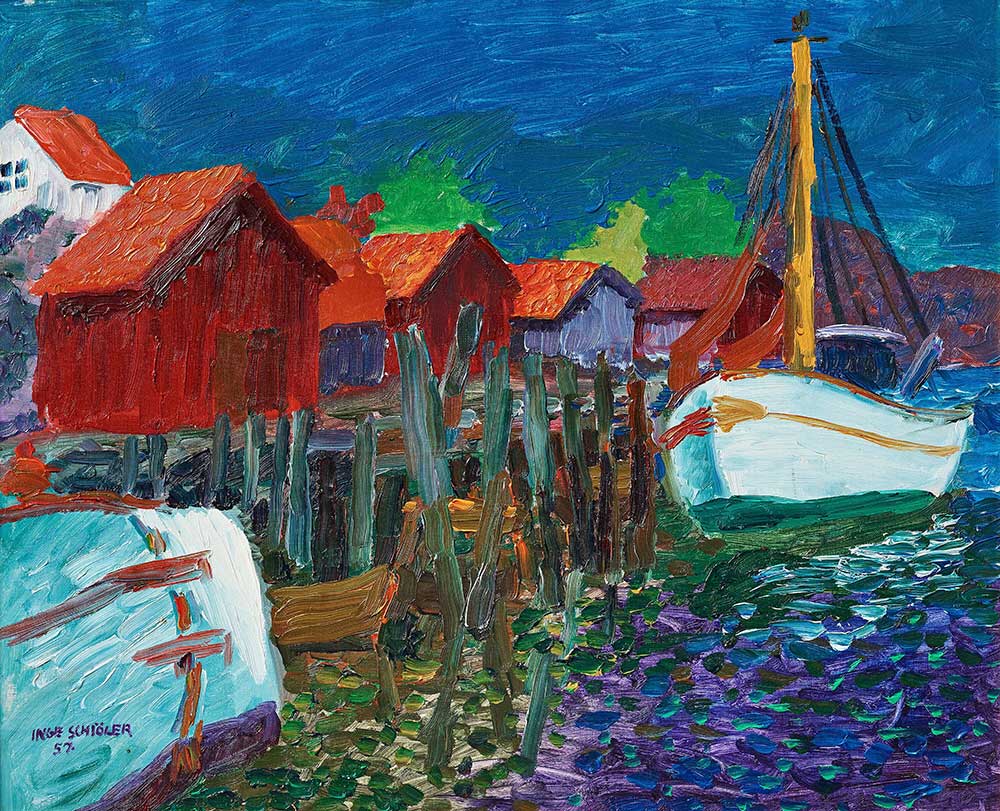 Here, he gets to dispose of a studio in the city hall. But the young artist is getting worse mentally, and in October 1933, he is diagnosed with schizophrenia. For long periods he is completely apathetic and inactive, and once he starts painting again, it is on a small scale. During the same period, however, his work is shown in various exhibitions, and his recognition emerges. Gunnar Hjortén managed the exhibition activities and sales at Galleri God Konst in Gothenburg, and thanks to the success, the family was able to build a house for Inge Schiöler at Syd-Koster in 1956, a house that came to be of decisive importance in Schiöler's life.

Based on this particular house and its surroundings, Inge Schiöler developed his artistry. He found the motifs in nature and the surrounding landscape. The glittering bays, the flower splendor of the garden, the salt-sprinkled cliffs constantly provided him with new ideas. The titles of the paintings show that he often used his motorboat in search of new motifs; South and North Hällsö, Öddö, Trollholmen, Nord-Långö, Holmen Grå and Nord-Koster are islands he visits. 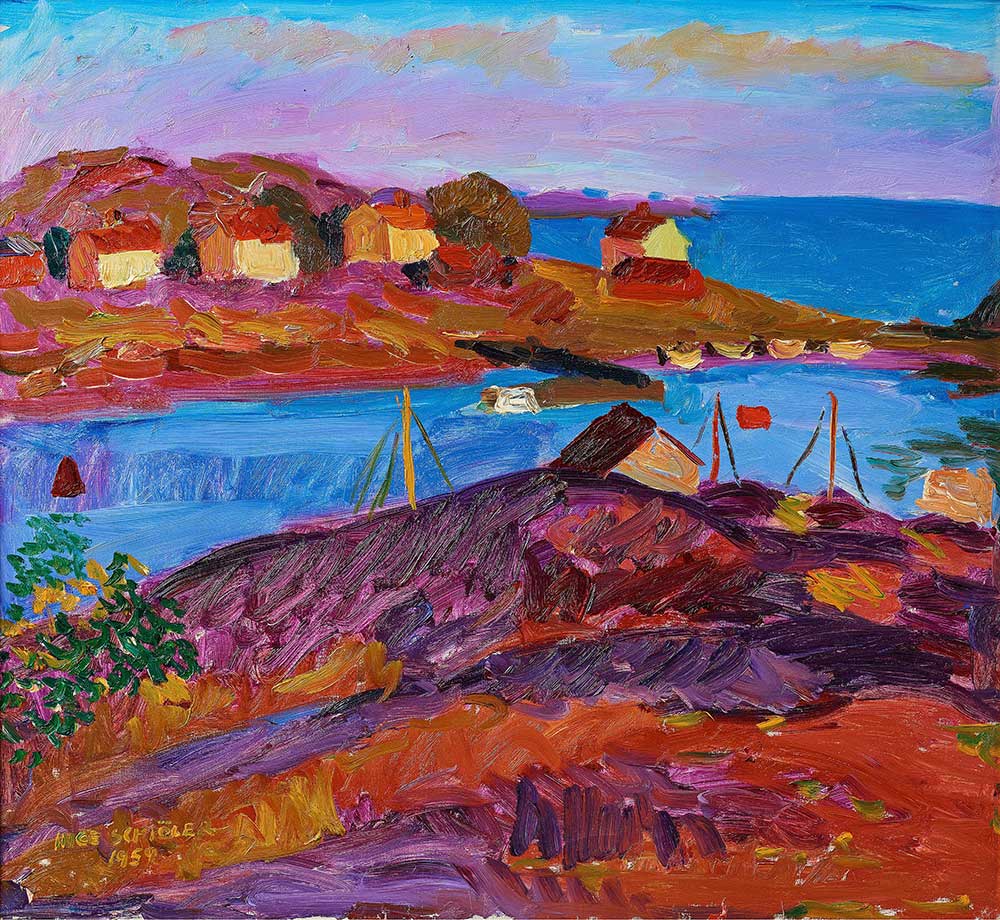 ##### The colour intensity increases with dominant elements of ultramarine, emerald green and violet. His work is intense, unplanned and spontaneous. He seldom uses easels. Instead, he supports the cloth against something or laid it directly on the ground. Often he produced several pictures in a single boat trip. He stretched ropes across the ruff to hang them to dry, and several of them were sprinkled with salt on the way home in severe weather. He did not hesitate when he made his paintings, and he never changed his paintings afterwards.

The auction's works are a tribute to nature that meant so much to Schiöler and a very good representative of his work from the 1960s. In intense, singing tones of colour, he creates a voluptuous and suggestive world beyond time and space. The summer pictures dominate his production. He needed light and heat as a stimulus, which the auction work well conveys.

See all works by Inge Schiöler 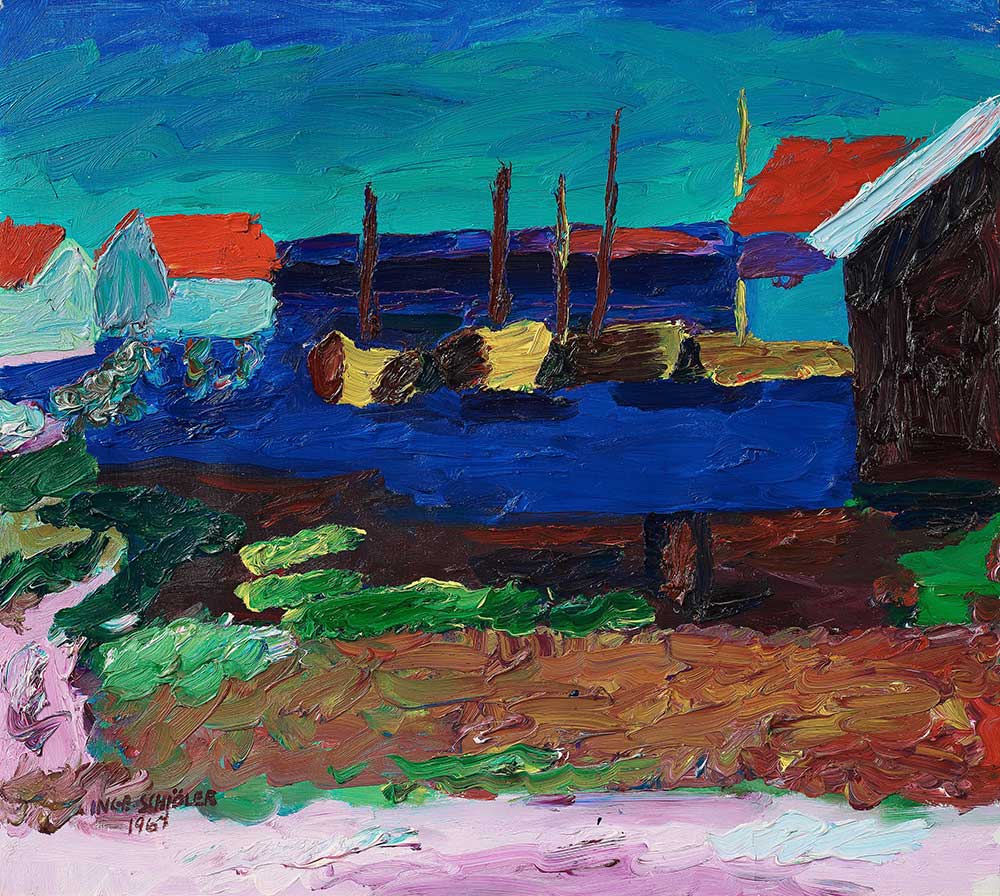 In the exhibition catalogue from the Gothenburg Art Museum 1972, these distinctive features are described with the words:

"The coastal images around 1950 had had a colour of restrained intensity. Gradually, the colour intensity of the oil paintings increases. In the '60s, the effect of the help of pure colours increased to a level that seems almost fluorescent. Despite the colour's improbably high luminosity, he makes us believe in the landscapes through his colouristic magic: the waves wander towards the beach, the wind plays in the grass, the light lights up in all the colour is hidden in boulders and slabs. With his dancing free brush rhythm, he drives the movement in the landscape". (Exhibition catalogue "Inge Schiöler", Gothenburg Art Museum 6 May-27 August 1972, page 4)