No connection to server
We use cookies to provide the best possible customer experience. If you continue you accept this use of cookies. Go here to read more.
OK
Category /
Art
/
Classic Finnish ArtSelected Finnish Classics
1397727

Wear due to age and use. Uneven crazing.

Victor Westerholm is probably best known for his wintery riverscapes, which he began painting late in his career at the turn of the century 1800–1900. For the artist, who lived mainly in the archipelago and on the coast, the dark inland rivers were new and fascinating motifs that he returned to time and time again in his works.

In particular, Westerholm's views of the Kymmene River were much appreciated, and in 1912 the artist was commissioned to create a painting of the rapids that shortly would be used for industrial use. Vallinkoski rapids, located south of Imatra near the current border, was still a well-known natural attraction and a bustling tourist destination in the early 20th century. Several other significant Finnish artists had previously painted by the rapids, including Berndt Lindholm, Hjalmar Munsterhjelm and Aukusti Uotila. A power plant was now planned on the site, and Westerholm's work was meant to be the last depiction of the river's grandeur before it was destroyed.

When Westerholm arrived in Vallinkoski in December 1912, the region was dark and quiet. The sworn outdoor painter worked alone for two months and lost himself in gloomy thoughts by the cold, falling rapids. The weather conditions were extremely challenging, and the sun did not appear once during the entire period – in the finished work, the sun can barely be seen as a glowing dot through the cloud cover.

Westerholm made several studies of Vallinkoski from different perspectives. For the commissioned work, he chose a panoramic view of the rapids, where the rapids roll past the viewer throughout their length. A high horizon leads the viewer's attention to the heavy flowing of the rapids. The opposite shore is dark in the background, and the light of a darkening winter afternoon falls from the cloudy sky.

When Westerholm painted Vallinkoski, he believed he was the last artist to depict it. But the stream was allowed to flow free still for some time when the plans to build a power plant on the site went awry. The landscape that Westerholm painted did not disappear entirely until the 1940s and 1950s, when the water level rose sharply after Enso's new power plant on the other side of the border had been completed. The rapids and their small islands were dredged away to make the power plants along the Vuoksi river more efficient. Only a wide and deep riverbed with an even water flow remained.

This Vallinkoski painting, which is now for sale, is the commissioned work that was the basis for Westerholm's series of Vallinkoski works. The other works in the series ended up in prominent Finnish private and public collections. The commissioned work was donated shortly after its completion to Mr. Fehling, the director of a forwarding company in Lübeck, where it has remained in the same family's ownership to this day. 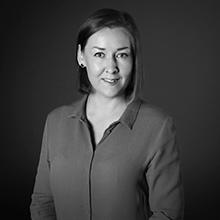 Pdf print out
Share
Auction closed
Closing
If you have a similar object we can help you with an up-to-date valuation. We have the highest final prices in Scandinavia. Contact.
Estimate
25 000 - 35 000 EUR
The auction is closed.
Recommendations
×