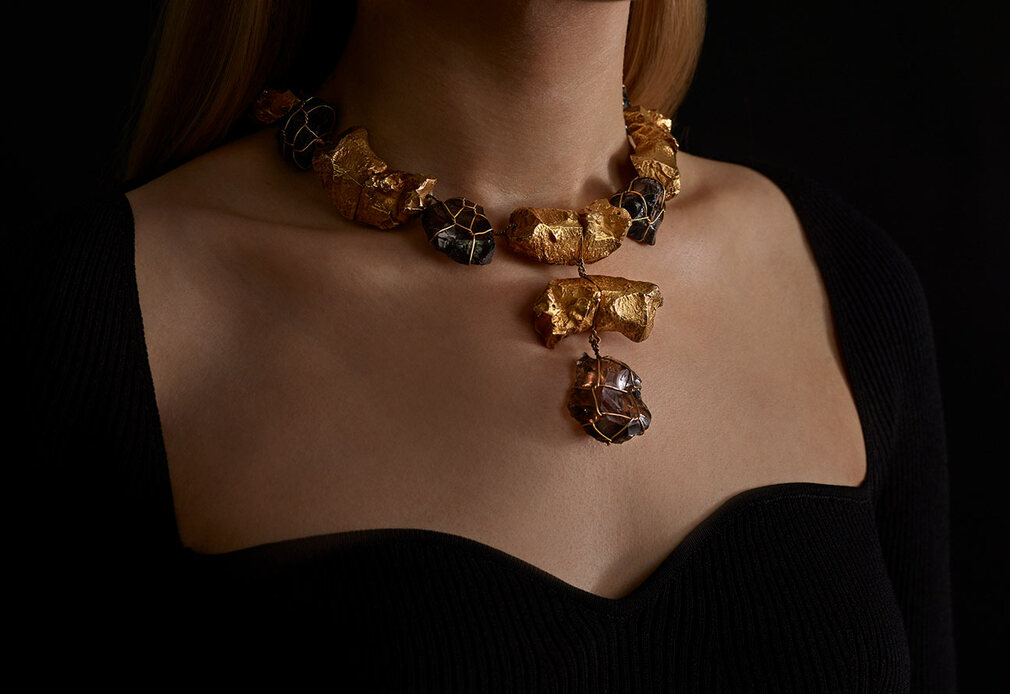 Helsinki Winter Sale presents a unique piece of jewellery by Björn Weckström, Offering lambs, one of the first pieces of jewellery made in Weckström's distinctive style.

Creative work has always been a matter of course for Weckström. Even as a child, he had a talent for creation that other children admired. Art had chosen him, and beauty became his life's work.

After graduating from the Goldsmiths' School in Helsinki, Weckström worked for Kulta-kontu and made jewellery models for Kaunis Koru. In 1958, Weckström opened his own gallery, Smyckeatlejé, at Fredrikinkatu 24 in Helsinki. The jewellery Weckström made during this time and well into the 1960s was in the Nordic, simple and unadorned style. But although his jewellery was popular and appreciated at competitions and in the press, Weckström was not satisfied. The jewellery was too similar to what all the other goldsmiths were creating, and he longed to create something new: his own unique design language.

The basis for the style we recognise in Björn Weckström's jewellery lies in his desire to create something new, the trip to Lapland in 1959, but also in the social developments of the 1960s and the low gold prices that made his vision possible. Creating something completely new can either be a success or a disaster, but Weckström saw the opportunity to step out and break with convention as conservative values loosened in society during the 1960s. A trip to Lapland in 1959 opened Weckström's eyes to the natural form of gold, and the uneven nuggets with a dull lustre made a strong impression on him. A short time later, Weckström had the opportunity to take on the work with raw gold when Hilda Aho came in with approximately a kilogram of natural gold that was to be made into jewellery. The result was archaic-style jewellery combining raw gold nuggets with worked gold with a crystalline surface. Something new had emerged, a design language that gave Weckström a profile of his own.

The Offering Lambs necklace, now to be sold at Helsinki Winter Sale, is one of the key pieces in Weckström's change of style. In 1964, the necklace was exhibited with other jewellery in the same style at the Finnish Design Centre in Helsinki, and the Finnish public saw Weckström's new style for the first time. The reception was somewhat harsh, and the New Press wrote: "Björn Weckström, who until now has made such beautiful jewellery, shows shapeless lumps that are hard to understand". It was primarily the necklace Offering Lambs that had aroused this reaction with its raw, almost primitive, and convention-breaking design language. At the end of the exhibition, a new press show was organised, during which mannequins wore the jewellery. This time the reaction was quite different, and the New Press wrote: "When you see Weckström's new jewellery on a mannequin, it gives a completely different impression, and you realise that something significant has happened in Finnish jewellery art." 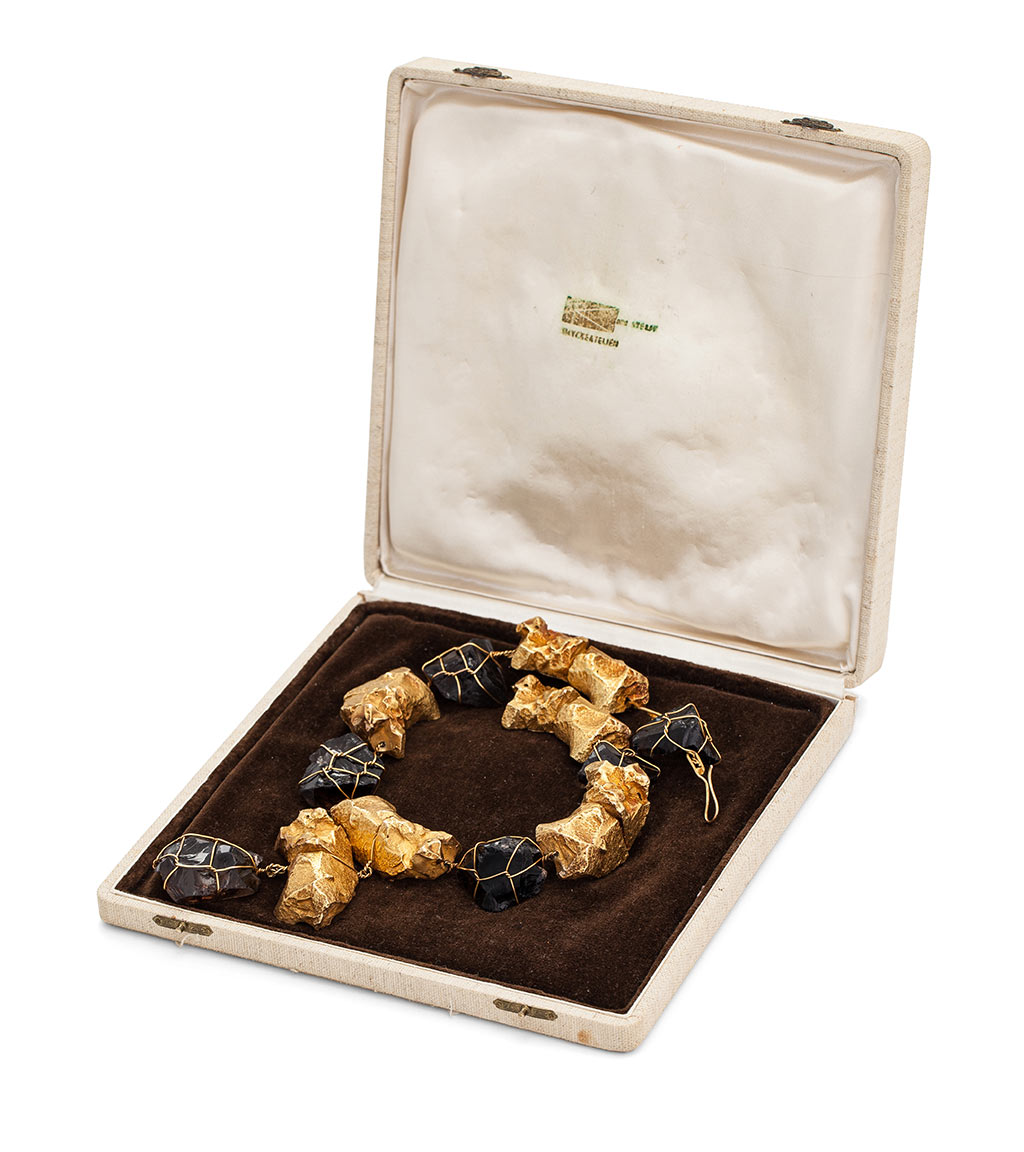 The Offering lambs consists of six gold lamb figures, five of which run in a circle. The smoky quartz used to contrast with the gold has no particular significance, according to Weckström himself but was chosen because he could get smoky quartz in large uncut pieces. Traditionally cut stones did not interest Weckström as they did not fit in with his material romantic style. The piece's name came about through the working process and refers to the bodies of the lambs, and that Weckström wanted an archaic and interesting name for the archaic necklace. As an afterthought, it could also be said that the name referred to the change that had happened; the traditional style of jewellery had been sacrificed to give way for the new, for the future.

For Weckström, the beauty of jewellery and sculpture is not a flawless surface but objects with inner vibrating energy created by perfectly converging lines. According to Weckström, pieces of jewellery should be energy packs; otherwise, they will not arouse the interest of the viewer or the wearer. All this is found in Offering Lambs; the perfect lines, the energy and the captivating effect they have when perfected.

Weckström is a material romantic, a wanderer who has taken his own path to create something remarkable that has not been seen before - jewellery in which the essence of the material plays the leading role.

The necklace is for sale at Helsinki Winter Sale, November 12−28. 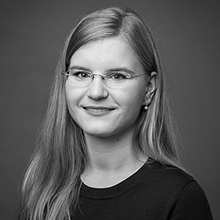