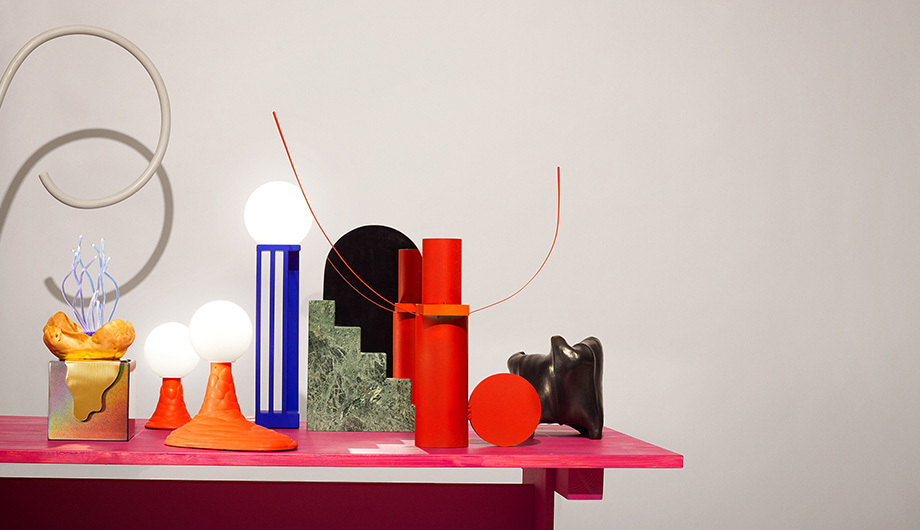 Bid on exciting design objects and unique arts and crafts in an online theme-auction including objects from nineteen well-known and established designers, all having attracted attention and been rewarded for their work internationally as well as in Sweden.

Explore objects in different types of materials, some unique and others that have been in production. Objects made in different techniques. Objects in fascinating forms and shapes. Here you find works by Jenny Nordberg, Aia Jüdes, Nick Ross, Färg & Blanche, Fredrik Paulsen, Åsa Jungelius and Folkform among others.

FREDRIK PAULSEN (b. 1980), educated at Beckmans School of Design and the Royal College of Art in London. Today he works in his own studio in Örnsberg. His work ranges from furniture to interior- and exhibition design. Fredrik's work mixes notions of anti-consumption, artificiality and counterculture that celebrate material, colour and form. With a playful approach to ordinary everyday objects, he experiments with new creative processes. Fredrik was named both Inspirer of the Year and Designer of the Year 2020 in Sweden.

ALEXANDER LERVIK (b. 1972), has worked as a product designer for over 20 years and runs his own studio on Södermalm. Alexander has a degree from Beckmans School of Design and collaborates with some of the most prominent Swedish and international producers such as Absolut Art, Aritco, Designhouse Stockholm, Ateljé Lyktan, Zero, Adea and others. His work is defined by innovation, humour, passion, obsession and intensity where he starts from a strong conceptual idea.

FOLKFORM - was founded in 2005 and consists of designers Anna Holmquist and Chandra Ahlsell. In their work, by using different materials, they want to illuminate and challenge our preconceived notions about what is considered valuable. In June 2019, they were awarded the Bruno Mathsson Prize, the largest design prize in the Nordic region.

JENNY NORDBERG (b. 1978) is an industrial designer (MFA) and based in Skåne. Nordberg works investigative and interdisciplinary to expand the contemporary view of design and the role of the designer. Regardless of whether it is an experimental, conceptual or commercial project, she is driven by a search for alternatives and counter-strategies to irresponsible mass production. Stylistically, her work is characterized by an astute combination of brutalism and minimalism, often with humour and chance as important elements. Jenny Nordberg's work, which moves in the field between design and art, focuses on how we produce and consume today, how we have done it historically and how this can be done differently in the future. By exploring issues such as these, Nordberg wants to change the conditions for the design field and encourage designers to take a more committed position.

STEFAN ANDERSSON lives and works in Siljansnäs in Dalarna. He is one of Sweden's few Masters in pottery and the focus is on small series of unique utensils that combine arts and crafts. Typical of his ceramics is the strong connection to the pottery tradition and forms found in both ancient Asian pottery and European modernism. His work can be found in galleries and collectors all over the world. He has received the Artists' Committee's work scholarship several times since he finished his education at HDK (2009) and the Formex trade fair 2018, his work received a lot of attention. Author of the book "Krukmakeriet" published on Natur och Kultur (2019).

JAN KLINGLER is a German industrial designer living in Sweden. Educated at the School of Design in Hildesheim and Konstfack in Stockholm 2018. Jan likes to find design inspiration in the most unexpected places and his work is characterized by a cross-fertilization of science, art and industrial design. 2020 nominated by Formex Nova as this year's Nordic Designer.

AIA JÜDES (b. 1979) works as an artist and curator interdisciplinary in the borderland between art, handicraft and design. Her creative universe is based on playful cross-fertilizations between traditional craftsmanship and contemporary expressions taken from fashion, street and subcultures. With humour, blackness and a love of craftsmanship, she creates surprising and groundbreaking encounters between odd materials and different worlds. Displacements and sustainability issues often recur as important themes in her work.

ÅSA JUNGNELIUS (b. 1975) is a visual artist and senior lecturer at Konstfack, based in Stockholm and Månsamåla, Småland. Åsa is the artistic director of the artist-driven project Residence-In-Nature and is represented with several works around Sweden in private and public collections and has achieved success at art institutions and been awarded several awards and scholarships. The narrative is the focus of her objects and she often uses stereotypically charged objects as a model or reference to point out or break through the myth and its meaning. Åsa's art spans a broad spectrum that touches on issues around aesthetic hierarchies, fashion, shopping, decadence and the construction of gender roles.

STUDIO DEJAWU was established in Stockholm in 2015. The name is taken from the feeling of unfamiliarity (Déjà vu), a philosophy that drives and controls the design process. Creating timeless and honest products that can serve as vessels for memories is Dejawu's main interest, and it includes furniture design, as well as product design and art.
Qian Jiang (b. 1986 in China), the founder of Studio Dejawu 2015, has worked with everything from large-scale industrial design to locally carpentry furniture design. He graduated in industrial design at Jiangnan University, China in 2008 and has studied the master's program in Industrial Design at Lund University.

ANNA KRAITZ (b. 1973) is educated at Beckmans School of Design and has during her professional life carried out a considerable number of exhibitions, received a large number of awards and is represented in the National Museum's collections. As a designer, she works with furniture and product design in her production and together with other companies such as Källemo and Sven Lundh. With her headstrong and playful design, she goes her own way with strong artistic intuition.

ÅSA PERSSON (b. 1970) works as a freelance designer and weaver based in Stockholm, Sweden. She has an MFA degree in design from Konstfack, Stockholm. In 2001, Åsa started its own business and has worked with assignments from companies such as Almedahls, Anno, Kvadrat A / S and others. In her role as a handweaver and curator, Åsa has exhibited and curated exhibitions of arts and crafts in, for example, England, Japan, Finland and Sweden.

PETRA LILJA is an industrial designer educated in New York, active since 2005 in Malmö and Stockholm. In her work, she has won awards from, for example, ELLE Decoration and Wallpaper Design Award for her design, which is often manufactured with high craftsmanship in unique or limited editions.

NINA JOBS is an industrial designer based in Stockholm, with assignments all over the world that cover everything from product design to art assignments and performance. Educated in Paris where she also started her career. She has collaborated with companies such as Ikea, Gärsnäs, Design House Stockholm, Svenskt Tenn, Uniqlo Japan, Swedish Institute MoMa NY and others. She has had several exhibitions internationally and received several international awards.

FÄRG & BLANCHE- the Stockholm-based design studio FÄRG & BLANCHE was founded in 2010 by Fredrik Färg and Emma Marga Blanche, born in France. As a studio, they work in a wide range of fields and collaborate with established furniture brands such as BD Barcelona Design, Gärsnäs, Petite Friture and Design House Stockholm to name a few, and produce their collections and limited works of art for galleries. Known for their experimental attitude, where each expression clarifies the next, they move easily between the exclusive handmade and the industrially produced, without ever losing their distinctive touch.

NICK ROSS (b. 1986) is a Scottish-Swedish designer who lives and works in Stockholm. He studied Product Design at Grays School of Art in Aberdeen, after which he moved to Stockholm where he continued his studies in interior architecture and design at Konstfack. Nick founded his own studio in 2014. In his work, he focuses on the history, especially the history of antiquity, to interpret the relationship between the user and contemporary design. Using storytelling and a critical approach, Nick examines the facts and events that lead to a specific cultural balance; each project arises in a desire to build a bridge between the past and the present.

ÅSA STENERHAG Stockholm-based artist and designer Åsa Stenerhag works and experiments in a wide range of materials, including paper, cardboard, ceramics and glass. Her works are often very tactile and precise, with inspiration taken from everyday objects, nature, anatomy and architecture. Åsa is educated at Beckman's School of Design. She has also worked as a designer for Filippa K and Totême. Over the years, she has carried out various collaborations with, among others, photographer Julia Hetta, porcelain for Rörstrand and most recently Tangent GC, Massproductions and Jil Sander.

LENA BERGSTRÖM (b. 1961) educated at Konstfack in Stockholm and is one of Sweden's most award-winning and productive designers. Her production includes everything from glass, lighting, textiles, jewellery to public decorations. She has collaborated with several different companies, had exhibitions around the world and her works can be found in international design museums. Her design language is characterized by clean, modern and architectural forms with strong graphic contrasts. She often challenges the properties of the material and playfully she develops traditional techniques and ideas.

SKOGSBERG & SMART, is a dynamic and innovative luxury brand company that specializes in creating tailored home accents. In 2008, companies were founded by Magnus Skogsberg and Mimmi Smart with the launch of "Hurricane lamp", after which they made themselves known for outstanding hand-blown and hand-painted glass lanterns. Skogsberg & Smart has continued to launch new products that are found in prestigious stores, in luxury hotels and restaurants in Scandinavia and Europe, as well as in New York and the Far East.

See all items below: 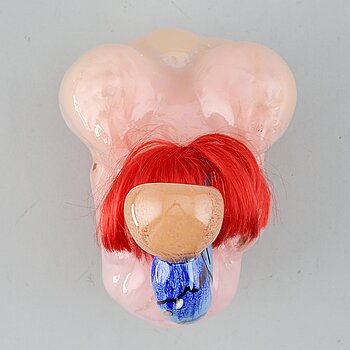 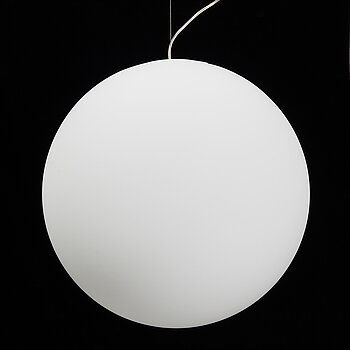 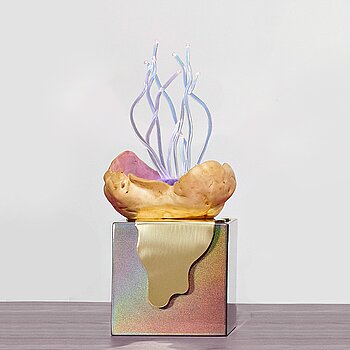 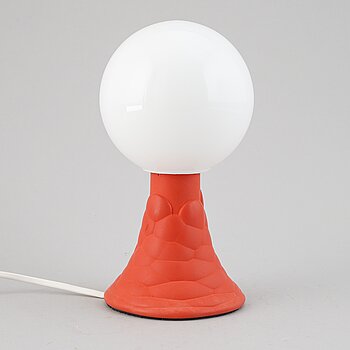 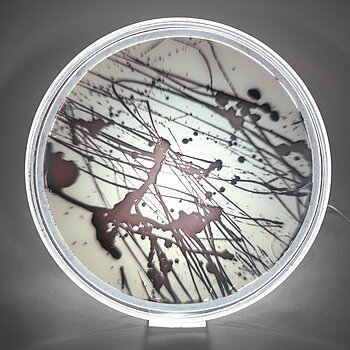 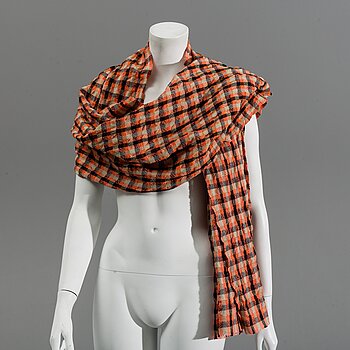 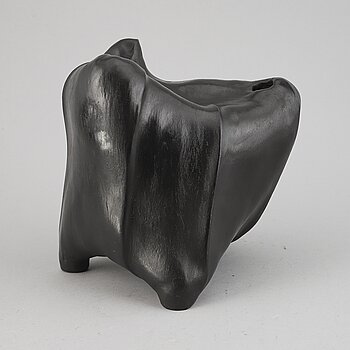 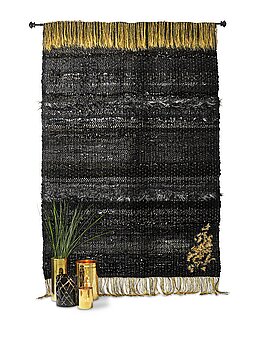 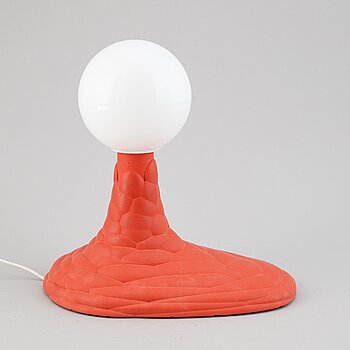 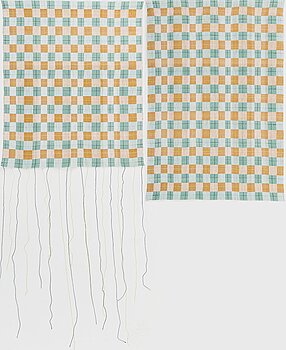 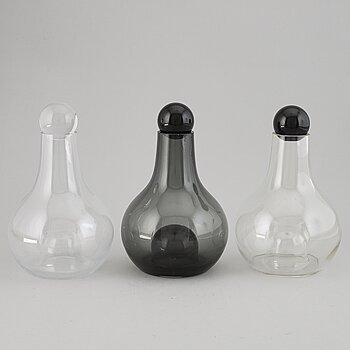 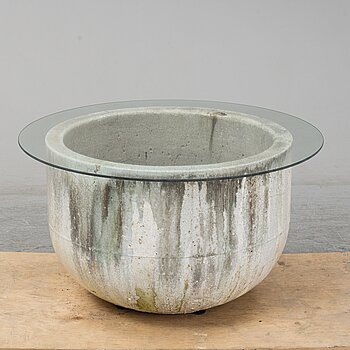 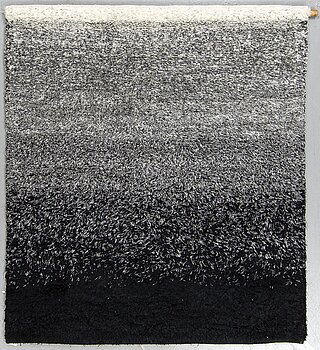 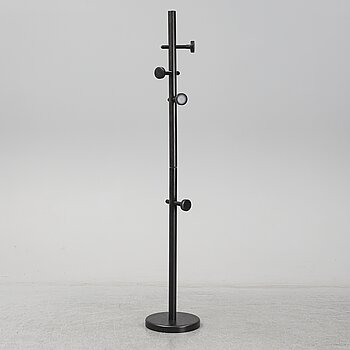 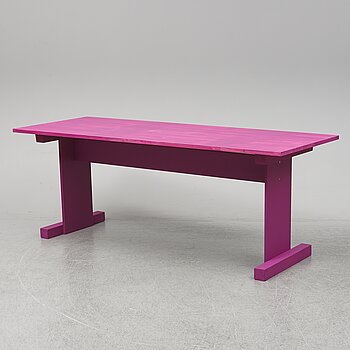 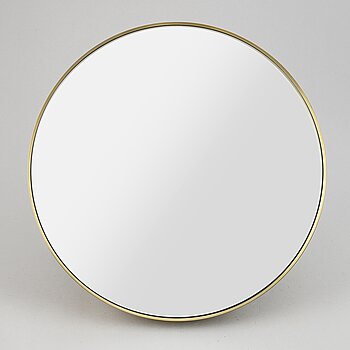 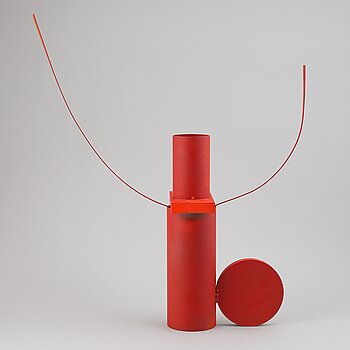 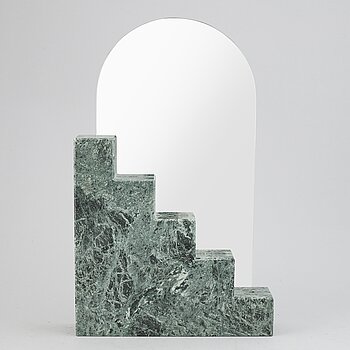 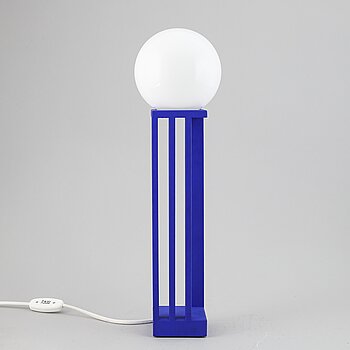