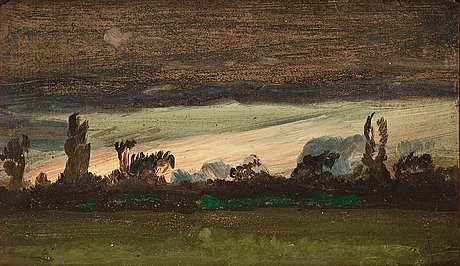 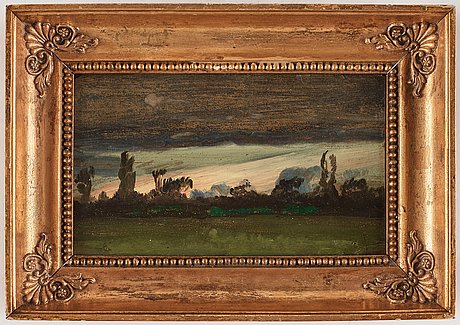 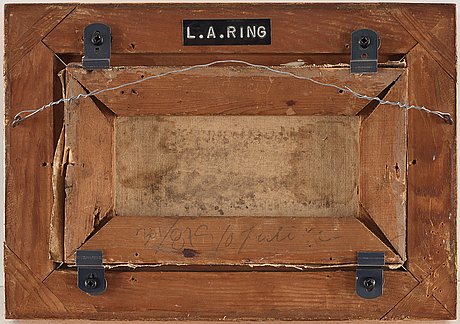 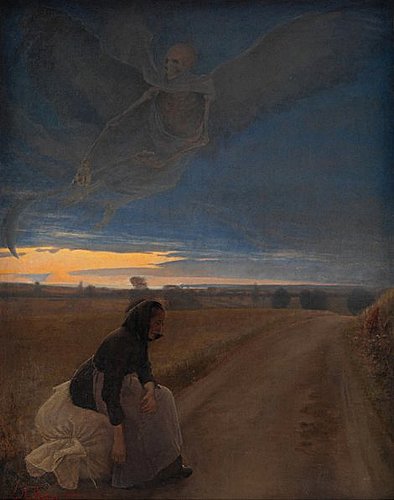 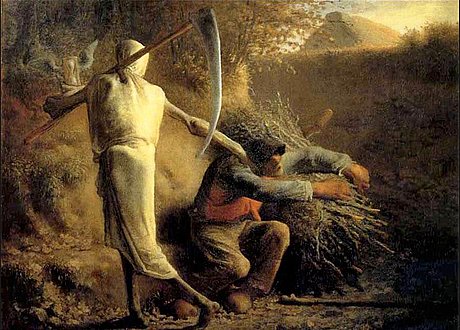 This atmospheric study, painted in 1886 on the outskirts of Ring, the artist´s birthplace, is the first of two known plein air studies for Ring´s well-known painting ”Aften. Den gamle kone og døden” (”Evening. The old Woman and Death”), 121 x 95 cm. , also known as ”Aften” (”Evening”), which he completed in his studio in Copenhagen in 1887 (Christensen, op. cit., No. 98) (Statens Museum for Kunst, Copenhagen) (fig. 1).

Peter Hertz, Maleren L. A. Ring, 1934 writes extensively about ”Aften” and devotes as many as seven pages to it (pp. 202-209). In his view, Ring became drawn to the subject of death as a result of his brother´s premature death in 1886. However, the subject of death was at the time prevalent amongst artists and writers, in Denmark as well as on the Continent. Already in 1859, Jean Francois Millet had painted his celebrated picture ”Death and the woodcutter”. Interestingly, this picture is in a public Danish collection, Ny Carlsberg Glyptotek, Copenhagen. In 1887 the Danish Nobel laureate Henrik Pontoppidan published his novel ”Knokkelmanden” (The Grim Reaper”) in Fra Hytterne ("From the Huts”), a story about the financial hardships of a Danish rural couple.