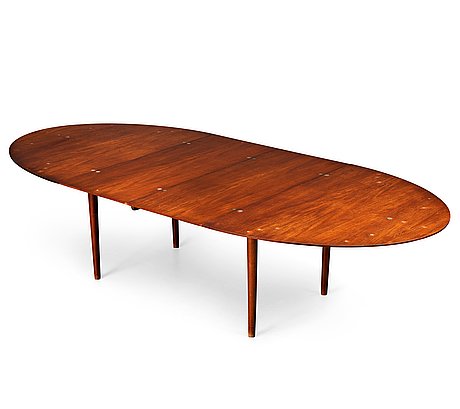 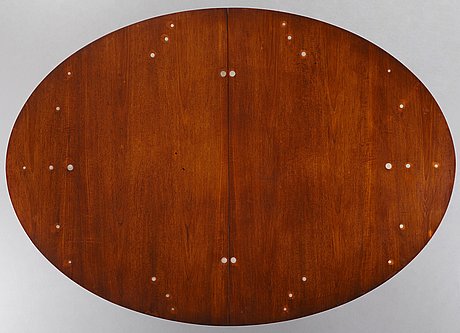 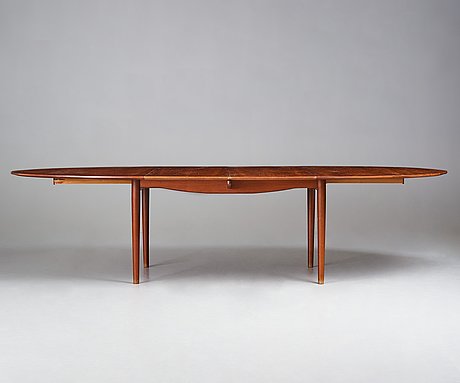 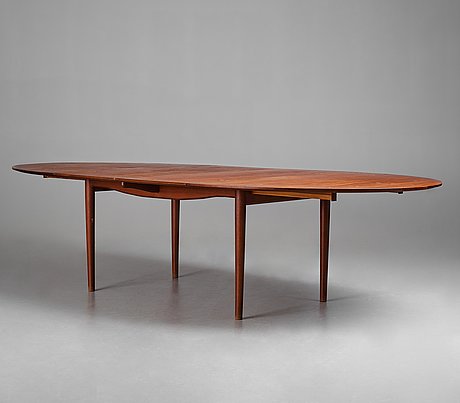 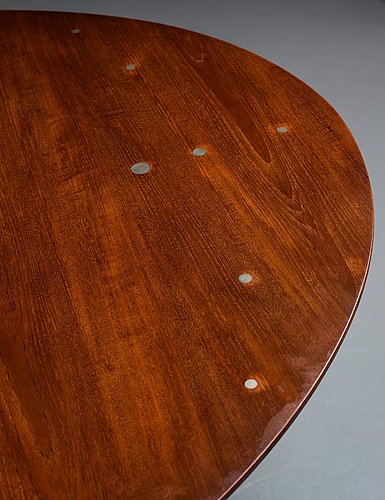 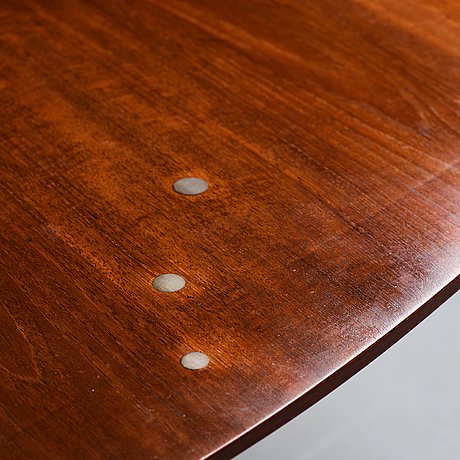 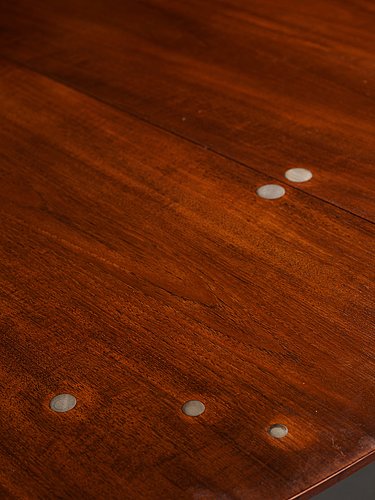 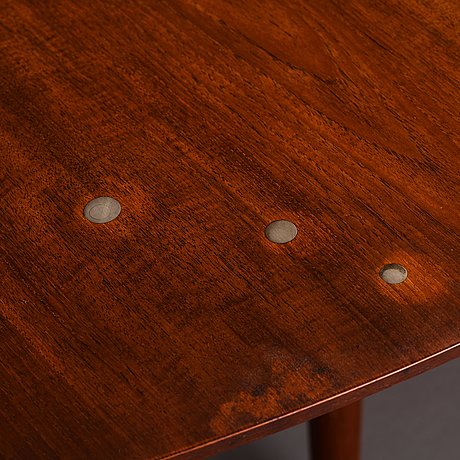 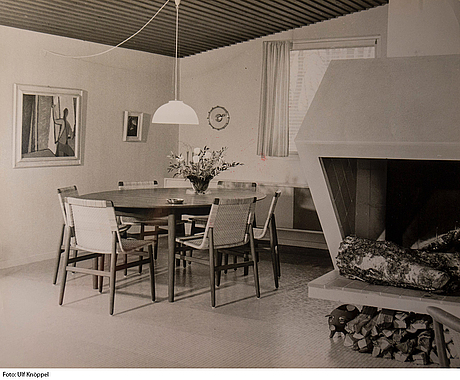 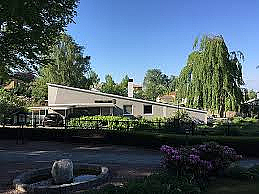 The architect Svend Bøgh-Andersen (1916-1984) and his wife Hanne (1920-2015), who built and decorated the modernist house "Doktorn 5" in the town Laholm, Sweden, in 1956.
This table was ordered in 1949, when Anna Djernis Nielsen, Hanne Bøgh-Andersen's sister, was working as an interior decorator at the office of Finn Juhl. It is said that at the time, there were five of these tables executed by Niels Vodder.

Svend Bøgh-Andersen was born in Aalborg, Denmark.
He practiced as a mason before taking his architectural degree in 1943. This is reflected in the many spectacular fireplaces you can see in the houses Svend Bøgh-Andersen designed.
After he had graduated, Svend worked at a number of different Danish architectural offices, for example at Kay Fischer's office in 1943-46.
After the war, the work situation in Denmark was difficult, the young couple moved to Kristianstad, Sweden, where Svend became assistant city architect (biträdande stadsarkitekt) in 1946.
In 1950 the couple moved to the city Laholm in Halland where Svend was hired as a city architect. He remained on this post until 1974 and really put his mark on Laholm's architecture for many years, both with detached villas, restaurants such as "The Green Horse", apartment buildings and more.
Svend Bøgh-Andersen also had his own architectural firm called Arkitektgården, situated in the basement of his own villa "Skidbacken" ( callled The Ski slope referring to its dramatic roof). In addition to this, the couple had a gallery operating in the villa. This meant the couple had a lot of socializing with many of the contemporary Swedish and Danish artists visiting and they had a lot of nice dinners around the Finn Juhl table, for example: Waldemar Lorentzon, Axel Olson, Walter Bengtsson, Rolf Blomberg, Hans Fagerström, Bengt Orup, Gustaf Näsström, Barbro Jönsson, Signe Lanje, Hardy Strid, Staffan Sommelius and others.
From Denmark: Richard Mortensen, Henri Clausen, Ib Spang Olsen, Ebbe Sadolin, Alex Secher, Hans Bendix, Grethe Bagge, Ole Bent Petersen, Adi Holzer, and others.
In 2014, the Bøgh-Andersen couple were honored with an exhibition at the Hallands Museum in Halmstad "Där haven möts - ett arkitektpar, en villa, en garderob" ("Where the oceans meets - an architect couple, a villa, a wardrobe").

The villa has mainly been preserved in its original condition, both the exterior and the interior.
The building became what is called a cultural monument (kulturminne) in 2011.

Finn Juhl designed this model in 1948.