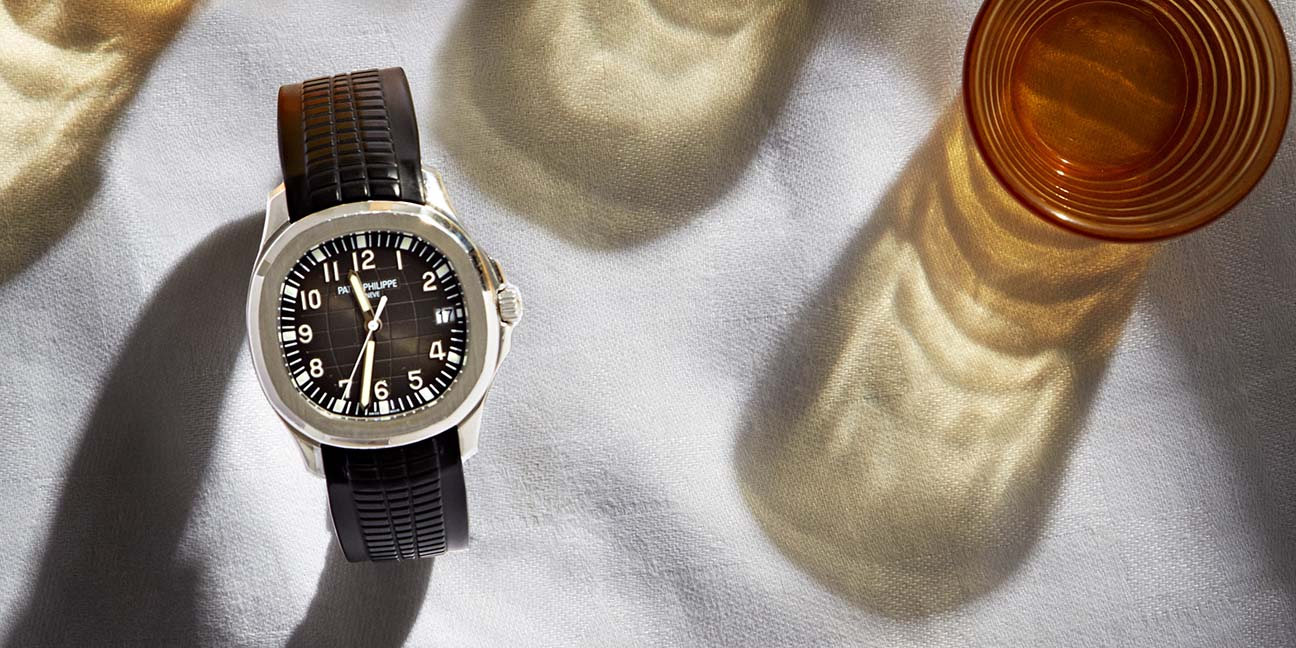 On June 11-15 the viewing is open for Important Timepieces, the Nordic region's most prominent watch auction for exclusive collector watches. Already, you can explore the extensive online catalogue. The viewing will be followed by a hammer auction in the classic premises at Berzelii Park 1, Stockholm.

This spring, we can present an exciting mix of vintage watches, modern classics and collectables from the most sought after watchmakers such as Patek Philippe, Rolex, Audemars Piguet, Omega and Heuer, says Carl Palmegren, Head Specialist Watches.

Read about selected highlights from Bukowskis specialist Carl Palmegren below.

'2026 OMEGA, Speedmaster, chronograph, "United Nations, UNEF-Gaza
Omega Speedmaster, the iconic "Moon watch", was launched in 1957 with the reference 2915 and shortly followed by the reference 2998 which was in production for four years, 1959-1962. This auction's iteration of the 2998 is a -4, with a provenance beyond the ordinary. Consigned by the original owner who acquired the watch in 1961 when he was in Gaza and served as a United Nations soldier to the United Nations Emergency Force (UNEF). He wore the watch throughout his service, but it has been stored for the last twenty years. Also included is an Omega Extract from the Archives confirming that the watch was delivered to United Nations in 1961.

2038 PATEK PHILIPPE, "The Hour Glass", "No subsidiary seconds"
The rare reference 1593 is a classic among collectors. With an elegant and ground-breaking design deviated from the traditional, the characteristic streamlined form with its concave and curved sides gave the model the nickname "the hour glass". All of the cases were made by the prominent case maker Markowsky. The reference was launched in 1944 and manufactured until 1967, the total production is estimated at around 1000 watches. The majority of these were produced in yellow gold but a small batch was produced in rose gold. The present 1593 is in extraordinary condition, produced in rose gold and has no subsidiary seconds. Only a handful reference 1593 without second hand has appeared in public to date, and this watch is thought to be the first example in rose gold without subsidiary seconds to ever appear at auction. Accompanied by Patek Philippe Extract from the Archives confirming production in 1963

2043 HEUER, Monaco, chronograph, "McQueen
The Heuer Monaco 1133B was launched in 1969 and was one of the first automatic chronograph wristwatches available to the market. The square design with a crown on the left side was ground-breaking and the model became iconic after Steve McQueen wore the model in the movie "Le Mans" in 1971. Since then, the model bears the nickname "McQueen”.

2078 ZENITH, A Cairelli CP-2, chronograph, "Italian Air Force"
We are proud to present a Zenith "A. Cairelli" Tipo CP-2, a legendary Zenith chronograph created in the 1960s for the Italian Air Force Aeronautica Militare Italiana (AMI). It is estimated that the total production was approximately 2500 watches. All Tipo CP-2 were delivered through the retailer A. Cairelli, hence the signature on the dial. The present Tipo CP-2 is one of the few watches delivered to the Italian Air Force with military serial number “AMI CRONOMETRO TIPO CP-2 M.M. 202'566 ’.

2073 ROLEX, Datejust, "Turn-O-Graph", "Thunderbird"
A relatively unknown model in the Rolex family is the “Turn-O-Graph”. It was launched in 1953 and was Rolex's first watch to officially feature a rotating bezel, which later became standard for sports models such as GMT-Master and Submariner. The nickname "Thunderbird" came about after the model was launched in the United States where Rolex collaborated with the US Air Force in special marketing campaigns and special editions and specifically with the USAF Air Demonstration Squadron "Thunderbirds". The auction's “Turn-O-Graph” is cased in yellow gold, which is very rare for this reference.

You can participate in the auction in real time via a computer. To submit online bids in excess of SEK 3 million, we need a bank reference. Please email our customer service at info@bukowskis.com to be cleared for this level of online bidding.

Please notice that you need to be approved as a hammer auction customer to be able to bid at the auction. This rule applies regardless if you choose to bid in the auction room, online, by phone or by absentee bidding.

Send your approval request to validation@bukowskis.com

If you are a new customer, register first, then fill out our telephone bidding application form and email it to telephonebid@bukowskis.com Please specify the catalogue number of the lot, your full name, customer number, and the telephone number(s) where you can be reached during the auction.

Existing customer: Fill out the telephone bidding application form and send it to telephonebid@bukowskis.com

Please specify the catalogue number, your full name, address and the telephone number(s) where you can be reached during the auction.

In the auction room

Register at Bukowskis, Arsenalsgatan 2 in Stockholm from 9 AM at the day of the auction.

If you cannot attend the auction in person, we can bid on your behalf. Our customer service personnel handle the bidding confidentially and strive to obtain the lot for you at the lowest possible price.

Click here for the absentee bidding submission form and send the filled out form to info@bukowskis.com

If you need any assistance before the auction, do not hesitate to contact our customer service at +46 8 614 08 00.

A guide for buyers – how to bid

You can bid with a paddle in the auction room, by phone, by absentee bidding, or by live online.
Choose the option you find the most convenient.

Payment must be made within 8 working days of the end of the auction. Payments for items purchased by private individuals with an address in Sweden, Finland, Germany or Austria for total amounts of up to SEK 300,000 are made via Klarna’s payment service.

Payment options, e.g. card payments or invoice, are shown on the payment page. Payments are made via bukowskis.com under ”My pages”. Payments for commercial customers and for private individuals for total amounts exceeding SEK 300,000 will be invoiced by Bukowski Auktioner AB. You will find your invoice at ”My pages” at bukowskis.com. Payment may also be made at the auction itself at Bukowskis’ premises at Berzelii Park 1. Please note that payments cannot be made in cash.

During the auction at 17 June it is possible for you to collect your paid objects and unsold objects at Bukowskis Arsenalsgatan 2 in Stockholm. Opening hours: Mon–Fri 9 am–5 pm.

As from July 18th a storage fee 50 SEK per item and day will be charged for uncollected items. Full payment must been received by Bukowskis before lots can be collected.

We now offer delivery to a location of your choice. For quotes and information, please contact: specialdelivery@bukowskis.com.