We use cookies to provide the best possible customer experience. If you continue you accept this use of cookies. Go here to read more.
OK
Contemporary Art & Design 623 Stockholm11171118
1117A
1237653 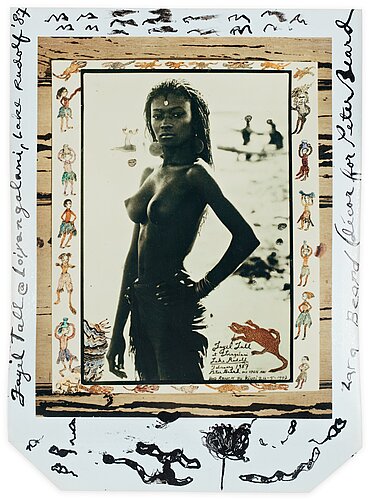 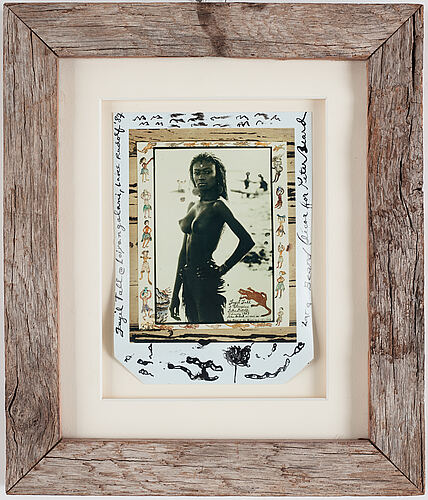 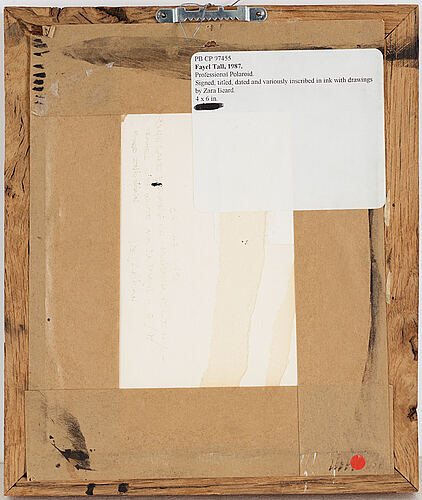 Directly from the artist.
Private Collection, Finland. Acquired in 1999.

Peter Beard was an American photographer, artist, author and environmentalist. A charismatic explorer that lived life to the fullest.
He launched to fame in 1965 with his book of stunning collection of safari photographs, ”The End of the Game - The Last Word from Paradise”.
Beard would often draw colorful images around his photos, or cover them in blood - both his own and that of animals. The photograph of Fayel Tall was taken at Hog Ranch, Beards property outside Nairobi in 1987. The drawings that frame this particular photo was made by his daughter Zara.
Peter Beard was born a railroad descendant, thanks to his great-grandfather, who founded the Great Northern Railway. His own father was an accomplished lawyer, and Beard attended all the best schools. Beard’s artistic leanings and fascination with nature became obvious already as a boy. Beard was 17 years old when he first traveled to Africa with Quentin Keynes to work on a film about such rare wildlife as the white and black rhinos of Zululand. But his affinity for Africa was a constant throughout his life and his greatest inspiration was Karen Blixen, the Danish author, who wrote “Out of Africa”. Beard met Blixen in person and was known to prop up a photo of her wherever he happened to be living. He kept homes in New York City, Montauk and Kenya, which is where he discovered the super model Iman in 1975 while he was walking the streets of Nairobi.
The artist’s penchant for journals carried on for decades and consisted of images, drawings, text and sometimes writings in his own blood. Beard’s 1977 breakout one-man show at the International Center of Photography in New York City was the start of countless exhibitions over the years. Sadly a great deal of his oeuvre along with works by other masters like Picasso and Bacon was lost when his Montauk home caught fire in the 1970s.

In New York the handsome Peter Beard partied with the beautiful people. He socialized with Jackie Onassis, Lauren Hutton, Truman Capote, Barbara Allen, Bianca Jagger and other notables. He was a frequent guest at Studio 54 and friends with Andy Warhol and Francis Bacon.

Peter Beard’s adventurous life ended at 82 in the woods of Montauk where he was found dead in April after been reported missing about two weeks prior.