When Thielska Galleriet exhibited Axel Fridell in 2010, it was pointed out in the exhibition text that it was a bit unfortunate that he was so strongly associated with the work "Mr. Simmons / Tidningsläsaren". Fridell's art contains so much more than that. As one of the representatives of the novelty of the 1920s, his oeuvre also includes, in addition to graphics, paintings, and drawings.

Like many of his contemporary artist colleagues, Axel Fridell lived in very poor conditions. Although he was considered one of Sweden's most promising graphic artists and was compared to the young Anders Zorn, Fridell did not succeed, like Zorn, in earning a living from his art. He was also relegated from the Academy of Fine Arts after only three years for "negligence in his studies". However, he managed to continue at Etsarskolan thanks to the support of his popular teacher Axel Tallberg and was thus able to continue to develop his graphic skills.

In addition to graphics and painting, Axel Fridell was an extremely skilled artist with a sharp and irrational pen. He many, often autobiographical caricatures, served as a kind of diary entry.

Although he also portrayed society's notables, such as Selma Lagerlöf and Prince Eugene, he often sided with the discarded and invisible; his world is that of the 19th century, a Dickens world of small existences, the tenderness of the design paired with the accuracy of the rendering. In Fridell's pictures, people, things and rooms are first and foremost created. Very little is happening.”

Axel Fridell is one of our more responsive and accurate portrayers. This theme auction includes a collection of 26 drawings and letters in pencil, ink, and engraving. 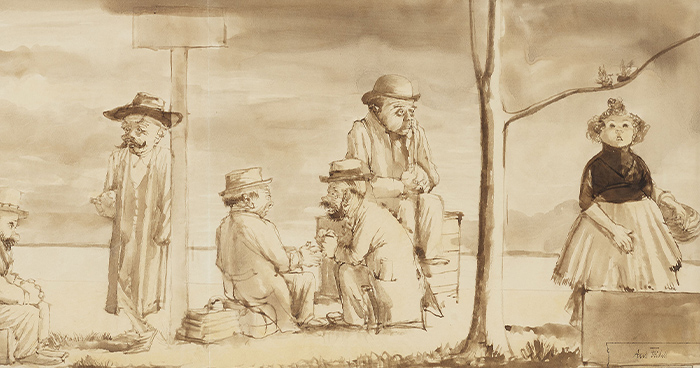 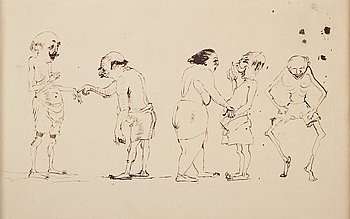 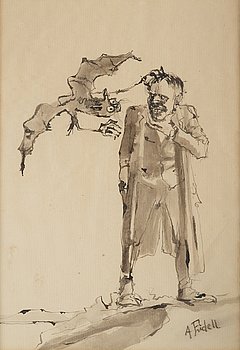 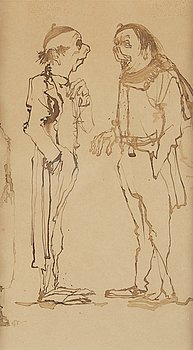 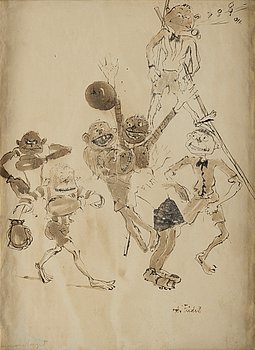 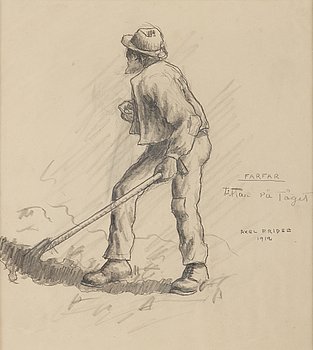 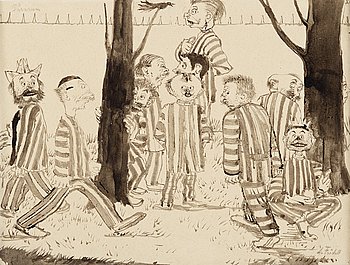 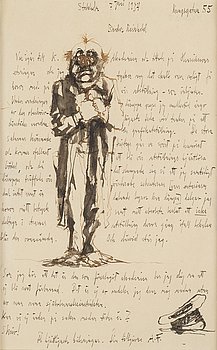 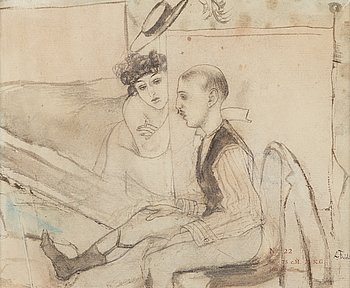 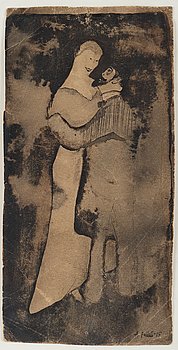 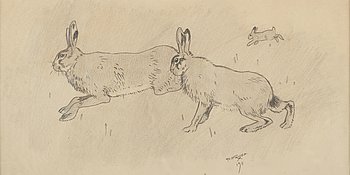 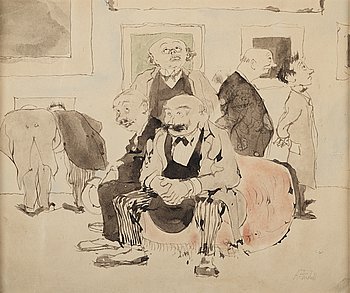 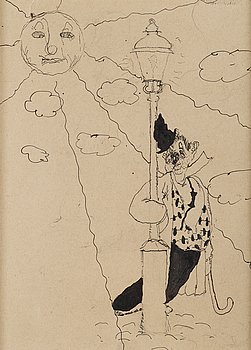 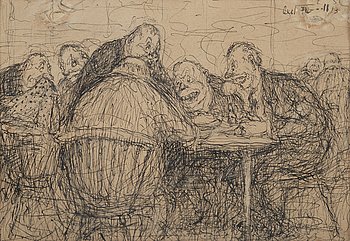 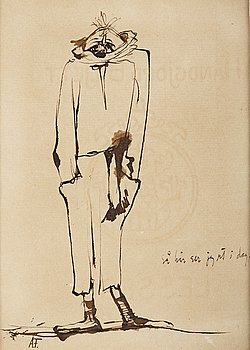 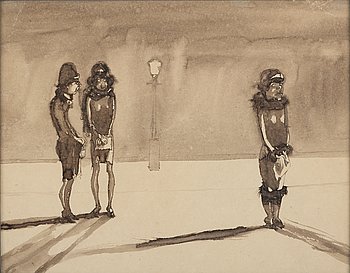 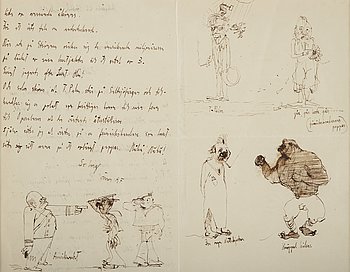 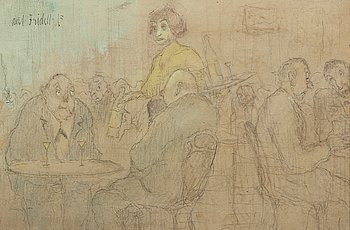 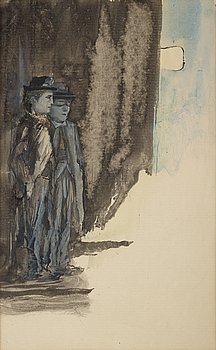