The artist Ragnar Person, RP, initially set on becoming a mason, began in 1929 to study for Esaias Thorén in Halmstad. Thorén had just started the artists' association Halmstadgruppen and the network of contacts that the group offered opened the doors for the young RP. In 1933 he traveled to Paris and studied for the modernist Marcel Gromaire and the bustling street life of the great metropolis and the veiled white light on the river Seine left a strong impression on him and was reflected in a series of canvases from that period.

RP then traveled home to Ljungby in Småland and the motifs at home with their farm auctions and dance floors offered at least as the crowded world of motifs as Paris. In the village with its inhabitants were the stories he wanted to tell with his peculiar and unmistakable style. During the 1930s and 40s, the color scale is dull and fate-saturated, but eventually, his painting brightens. Towards the end of his life, the motif was almost completely dissolved in light.

RP was a folk painter, with the brush he tells about our common history which is only a couple of generations back in time and yet so far away from the society we live in today with emotion, poetry, and humor as tools. 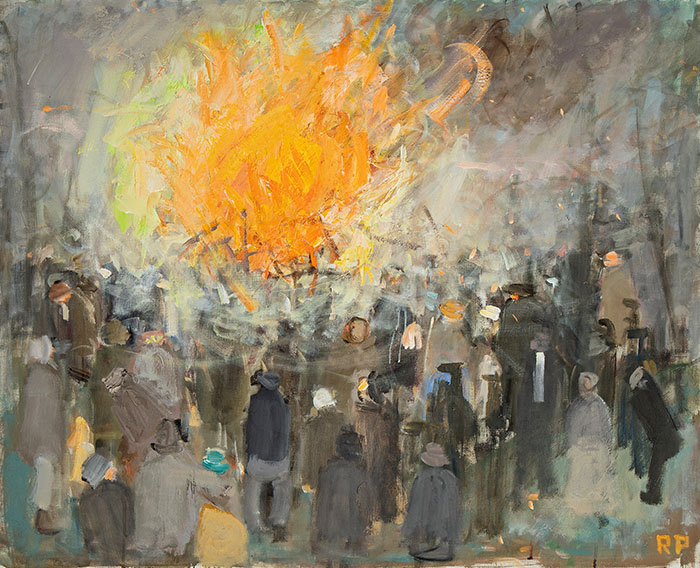 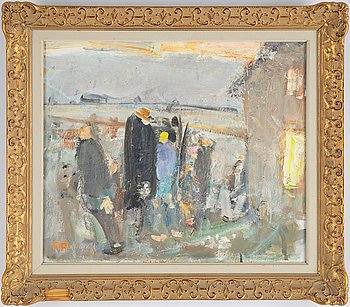 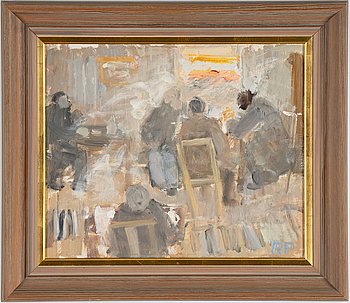 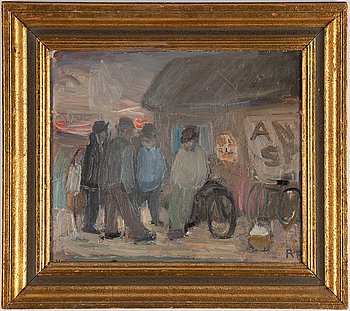 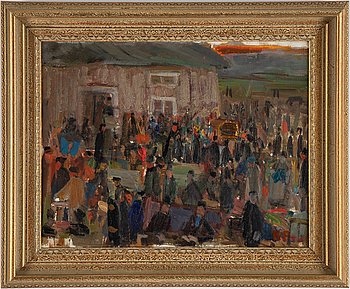 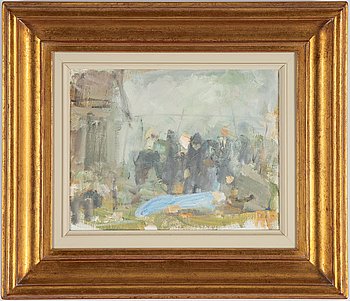 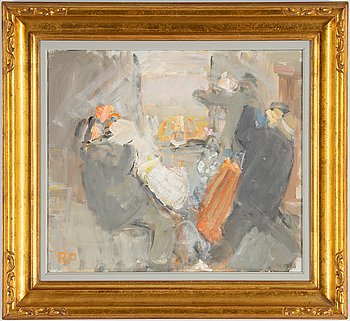 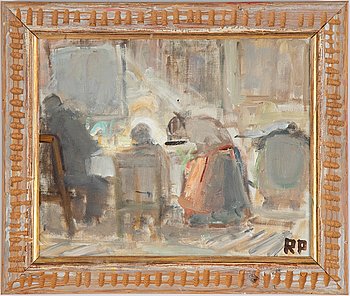 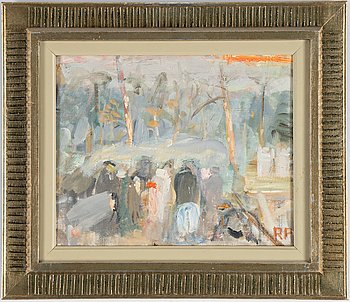 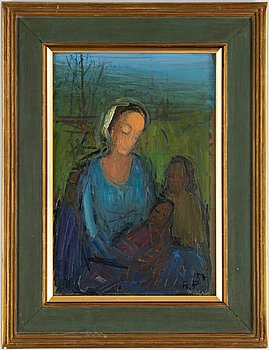 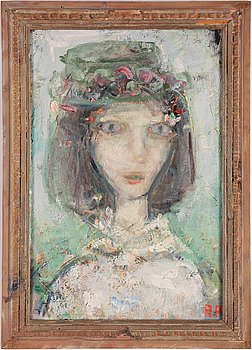 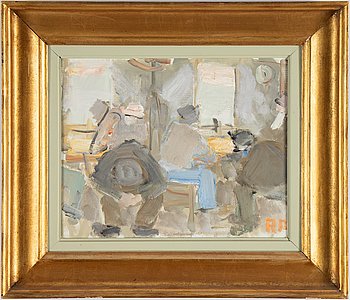 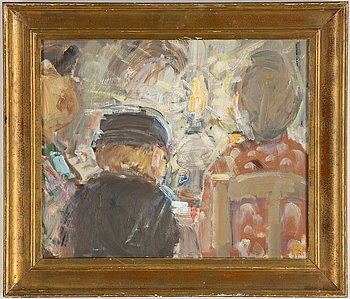 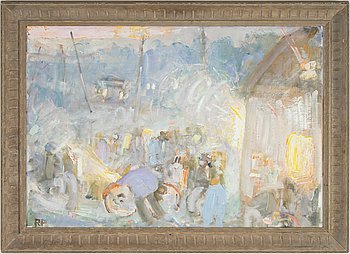 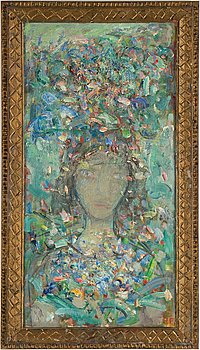 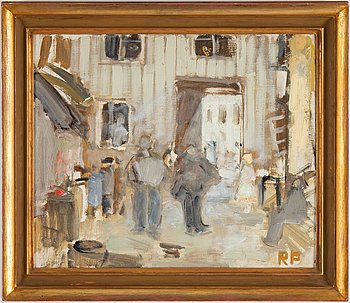 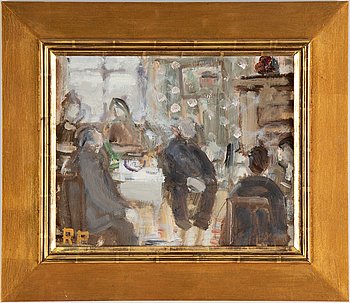 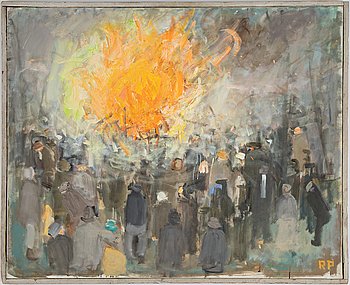