In the transformative winds that blew through the Kingdom of Crystal (Glasriket) during the late 1960s, P O Ström's glass pieces stand as colorful lighthouses, testifying to a new direction: pop glass in Swedish.

In 1966, Per Olof Ström graduated from Konstfack. Shortly afterwards, he received a scholarship of SEK 10,000 which he used for further Art Studies studies. One of the school's teachers tipped Alsterfors glassworks about the young talent. Ström quickly incorporated new ideas - among other things, he began working with opal glass that had previously been used for lighting fixtures - in vases and bowls. The result was a colorful collection that quickly won the audience's favor. But just as important as the color was the shape. Simple geometric shapes with an immediate expression contrasted with much of the contemporary much coarser pieces that occupied a significant position in the Scandinavian market.

Ström further rejected the status glass. Expensive wine glasses that no one dared to wash, he phased over. Instead, he strived for functional glasses that added color to life. His work was related to Italian glassmaking aswell as Swedish tradition. The success of P O Ström's glass art led to Alsterfors soon suffering from a shortage of skilled labor. 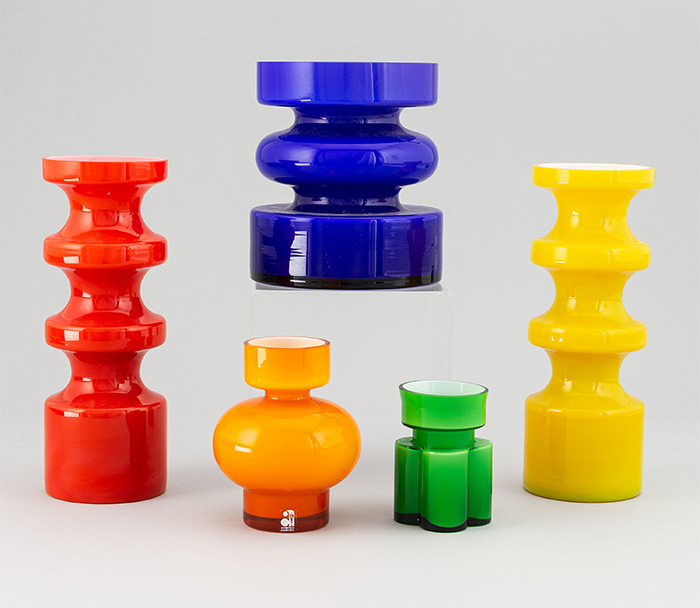 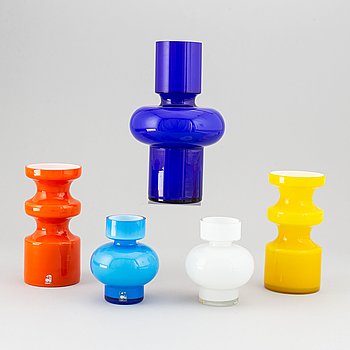 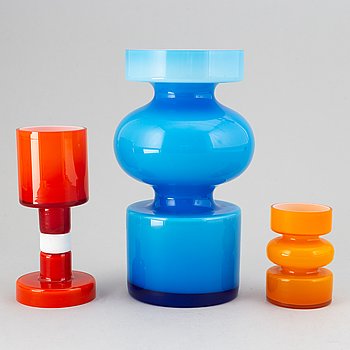 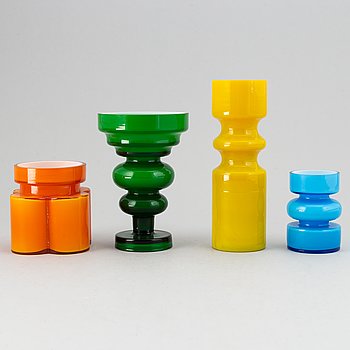 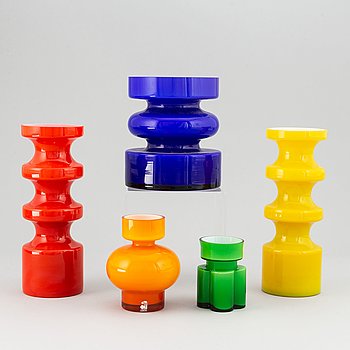 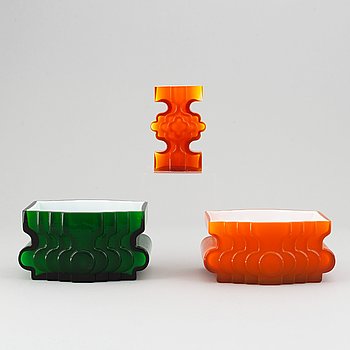 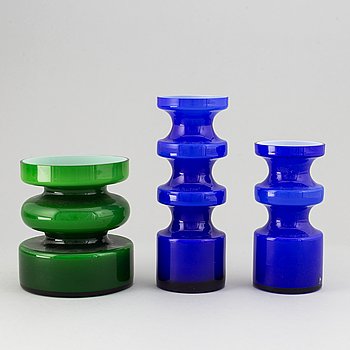 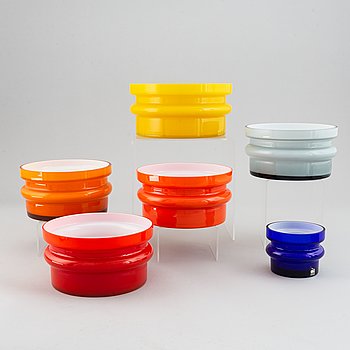 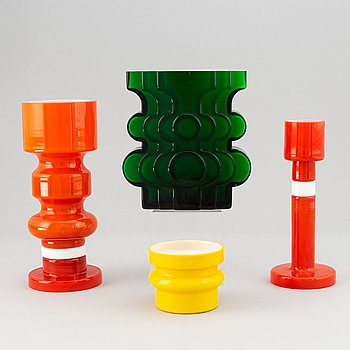 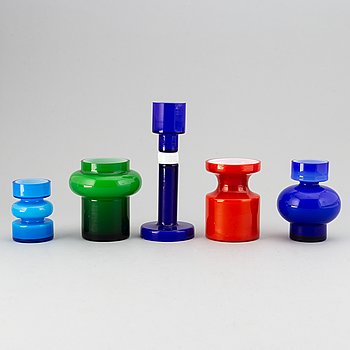 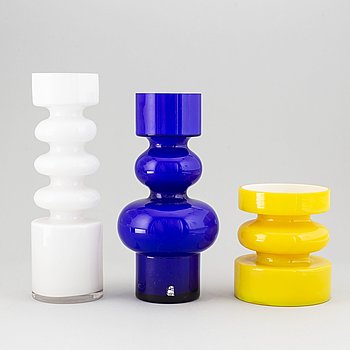 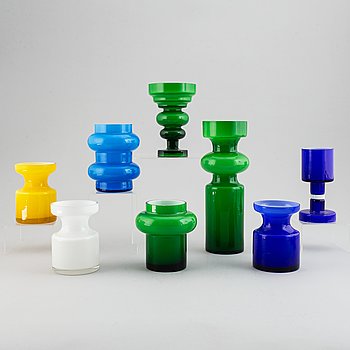 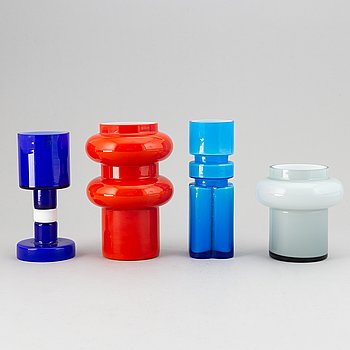 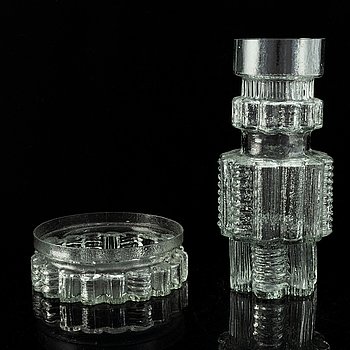 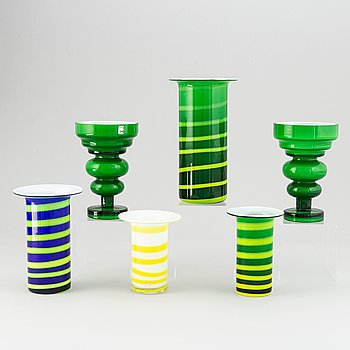 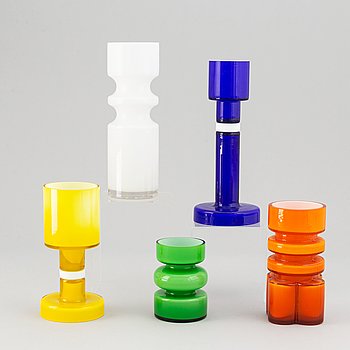 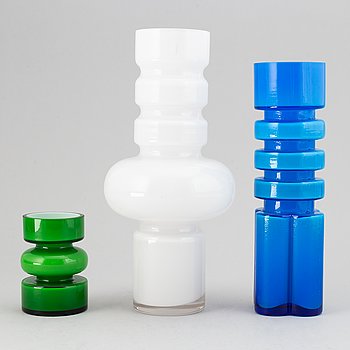 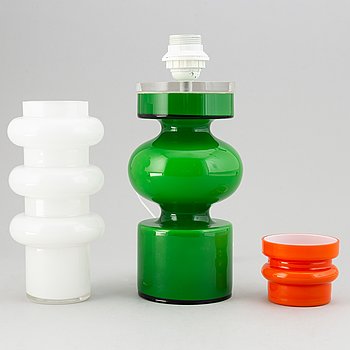 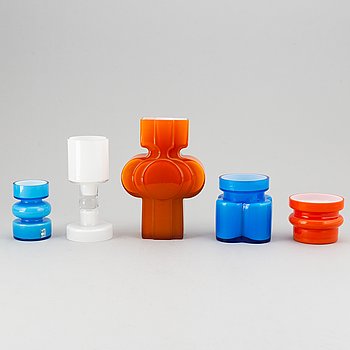 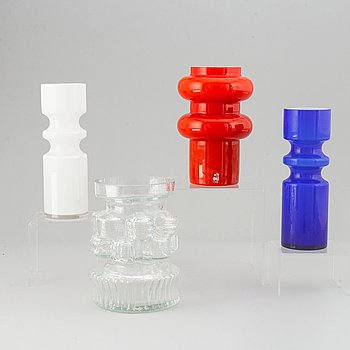 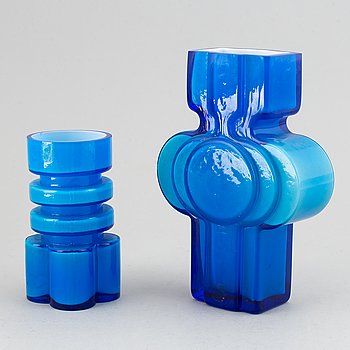 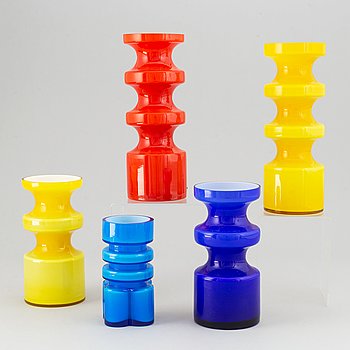 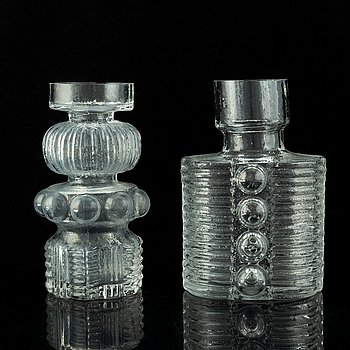 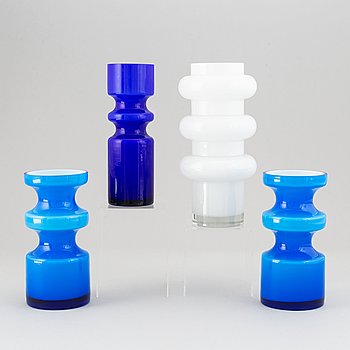