The first faience, designed by Stig Lindberg and Wilhelm Kåge, Gustavsbergsfabriken's artistic director at the time, was presented at the exhibition "Faience painted this spring" in Gustavsberg's shop on Birger Jarlsgatan in Stockholm in 1942. They had milky white glazes and colourful patterns with flowers or geometric motifs.

The objects were cast or turned and then decorated by hand in the newly started Gustavsberg studio. The items were often marked with the "Studio hand", model number, pattern number, colour letter, and painter's signature. Stig Lindberg's faience was signed in blue, while Wilhelm Kåge's signed most of his objects in brown. The faience became a great success in Sweden and abroad for many years.

The collection consists of a rich selection of bowls and dishes with different decors painted in a beautiful colour palette. 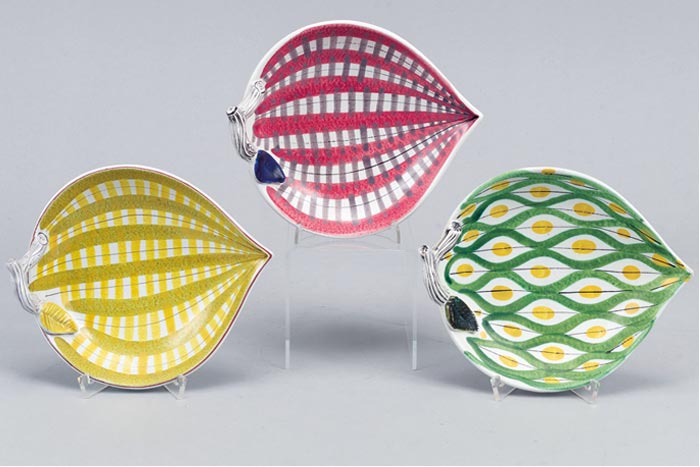