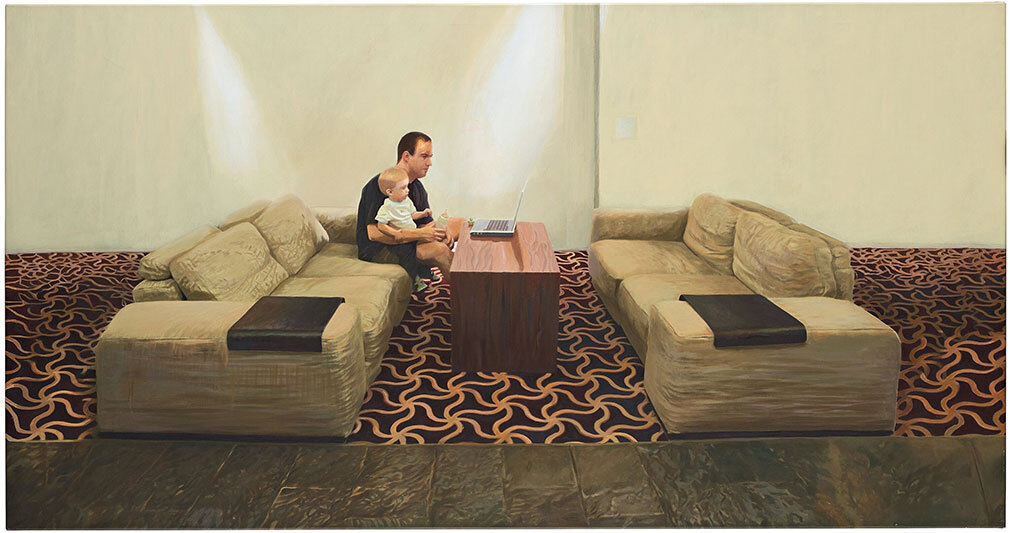 We are proud to present two artworks by the Swedish artists Karin Broos at this fall's major hammer auction for contemporary art Contemporary Art & Design.

Karin Broos is above all known for her photo-realist motifs, found in everyday life and her own environment. Her subjects centre on the home, the studio and the nature of Värmland. But with the series of paintings which the piece in the auction ‘Ny generation’ forms part of, Broos has also directed her attention eastwards towards Latvia.

Broos portrays women’s lives at different ages. By using photography as her template she examines differences and gaps between painting and photography. Broos finds her inspiration in contemporary artists such as Gerhard Richter, Edward Hopper and Ola Billgren, as well as late 19th century masters like Anders Zorn and Vilhelm Hammershoi.

The figures in her paintings are often depicted with their backs turned to the observer or averting their eyes. The dramatic shifts between light and shade suggest an undertone of melancholy and dark thoughts in what are, on the surface, everyday scenes.

Karin Broos’s major public breakthrough came with an exhibition at Kristinehamns Konstmuseum in 2008. During the winter of 2015/2016 a major solo show of her work, entitled ‘Karin Broos – Still Life’, was shown at Prins Eugens Waldemarsudde in Stockholm. The exhibition subsequently toured the USA for two years. In 2019 and 2020 the exhibition, with new pieces added, will be shown in several locations around Sweden, including Linköpings Konsthall, Vandalorum in Värnamo, as well as Magasinet in Falun in conjunction with the Carl Larsson 100th jubilee. 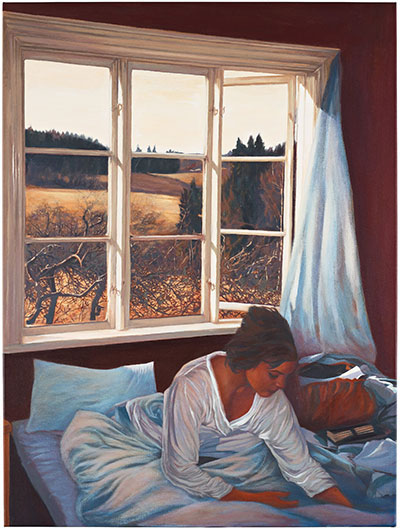