Tapio Wirkkala (1915-1985) rose to world fame in the early 1950s following the breakthrough of Finnish industrial design. He was an exceptionally prolific artist who mastered almost any material and designed both everyday objects and unique works of art.

Wirkkala graduated as a decorative carver from Taideteollisuuskeskuskoulu (the School of Art and Design) in 1936, after succeeding in various design competitions, he began to gain a reputation as a pioneer of glass and silver. One of Wirkkala's most important partners in the silver industry was Kultakeskus, whose production he renewed in the 1950s. During the three decades of cooperation, Wirkkala designed a large number of products for Kultakeskus, many of which were forged by hand.

Wirkkala worked for several companies simultaneously on both serial production and more individual design work. Despite the variety of design tasks, certain themes can be seen repeated in his production. Wirkkala drew inspiration from the landscapes of Lapland, where he lived with his family for part of the year. The busy artist did not compromise on his travels to Lapland under any circumstances, and he travelled to the north regularly to explore nature and seek inspiration. The forms of snow and the melting ice was the inspiration behind many of his glass objects, and the shapes of boats and leaves came to serve as an inspiration for several silver objects, such as the TW9 silver bowl, which was commissioned and handcrafted for Kultakeskus. 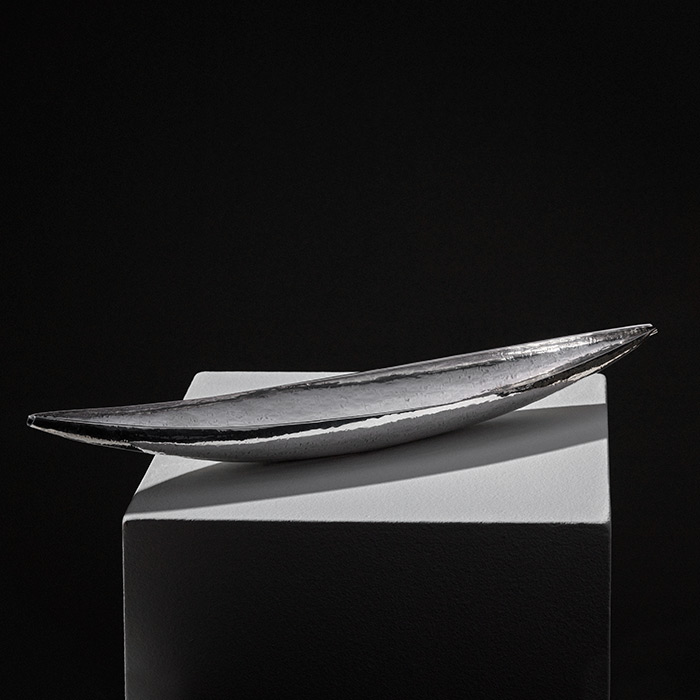 One of the favourite topics that originated from Wirkkala's trips to the North was the birds of Lapland. He designed sculptures of birds standing on wooden or glass bases in bronze, silver and aluminium för Kultakeskus. Sketching was essential to Wirkkala's work, and there was a huge amount of attentive natural observation behind these bird themed objects.

One of the most important stages in Wirkkala's international career was the collaboration with the Rosenthal porcelain factory. After World War II, the demand for everyday use object was high, and the traditional company wanted to start combining art with industrial design. For this, they needed to find new collaborators and therefore hired internationally renowned designers such as Tapio Wirkkala. During the decades of cooperation, Wirkkala designed tableware, cutlery and gift items for the company. In the 1970s, he designed the popular Eistaucher birds, which was made in several sizes in both black and white matte porcelain. Making things by hand was important to Wirkkala, and he often made prototypes and moulds for objects himself. The bird now being auctioned at Helsinki Design sale is the original model for the casting mould made for the Eistaucher bird. However, Rosenthal never made the bird in this size; the largest size made in porcelain is 42 cm long.

We are pleased to present several sought-after and rare objects by Tapio Wirkkala at this season's Helsinki Design + Contemporary Art. Discover the selection here > 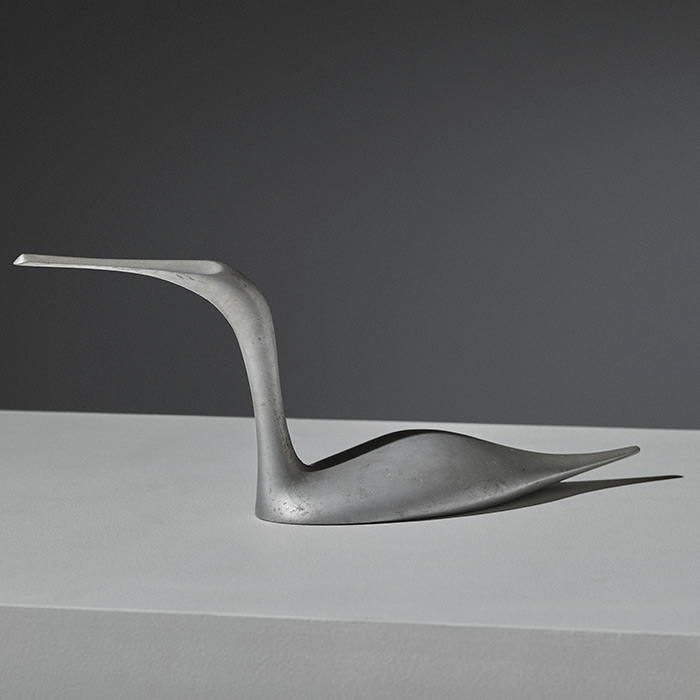