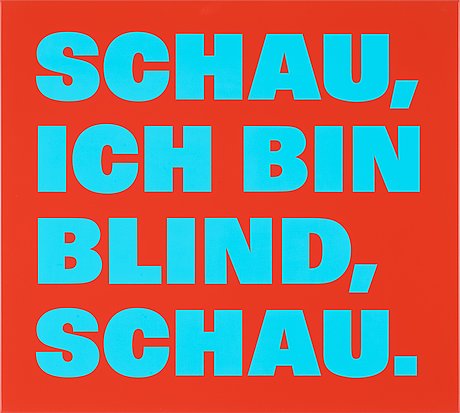 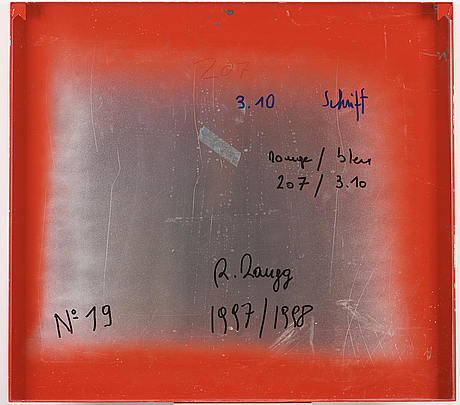 The painting "SCHAU, ICH BIN BLIND, SCHAU", is a typical example of the late conceptual artist Rémy Zaugg’s art. In English the text means LOOK, I AM BLIND, LOOK. In his paintings the same text is repeated over and over again in different languages and colours.

Zaugg’s art is both conceptual and minimalist. During his career he investigated and explored language and vision, and enjoyed challenging the viewer’s perception. Zaugg was also interested in the opposite of vision – blindness.

Zaugg was not only a painter; he was also a philosopher, writer and curator. For many years, he collaborated with the architects Herzog & Meuron. Together they realised several architectural projects, the best known being the design for London’s Tate Modern.