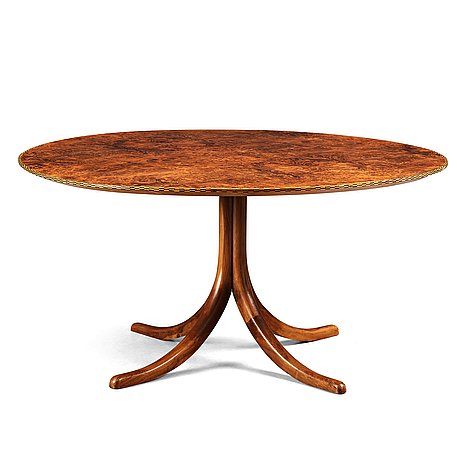 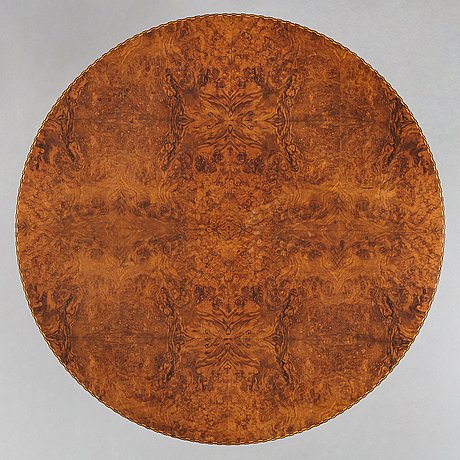 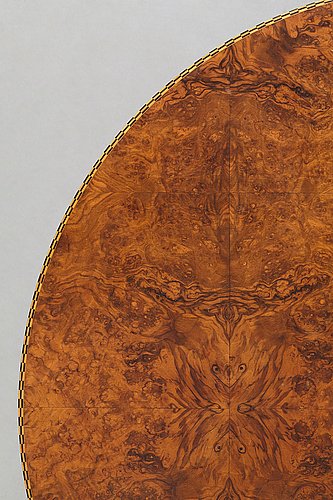 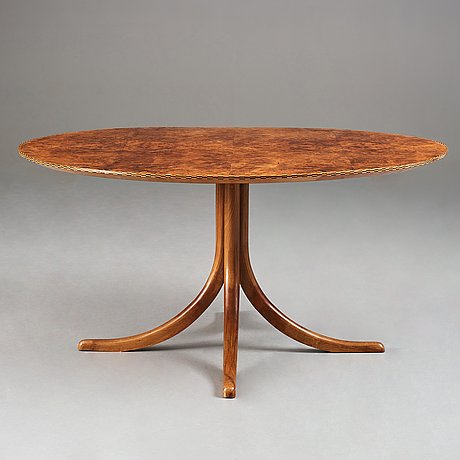 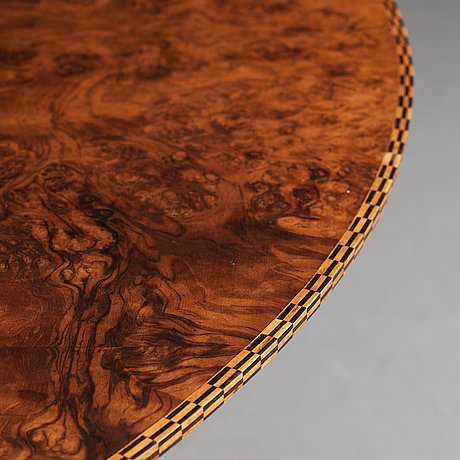 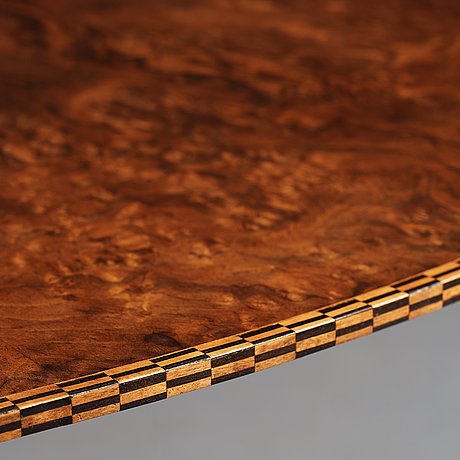 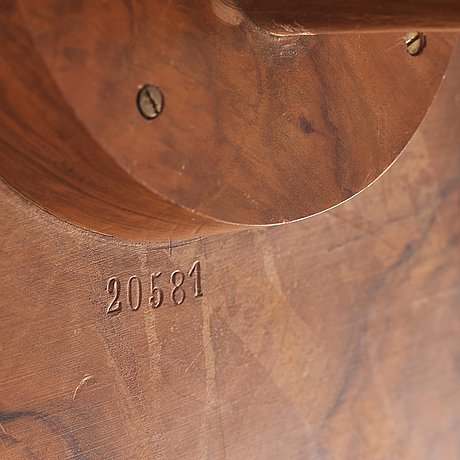 The top veneered with burrwood, the rim with boxwood in a checkered pattern. Stamped underneath 20581, diameter 145 cm, height 72 cm.

The model was designed ca 1940. Estrid Ericson had another one of the same model in her dining room.