No connection to server
We use cookies to provide the best possible customer experience. If you continue you accept this use of cookies. Go here to read more.
OK
December + Asian sale 597 Stockholm158160
159
849314 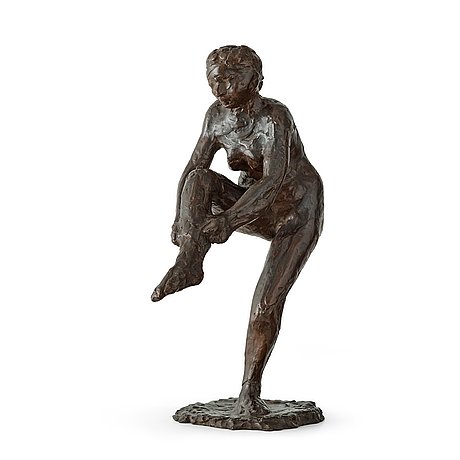 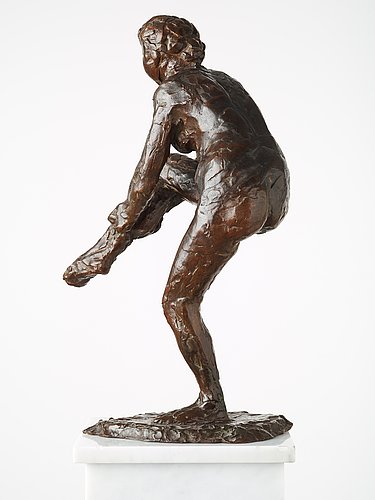 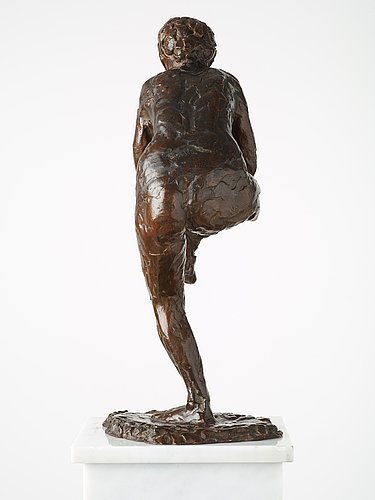 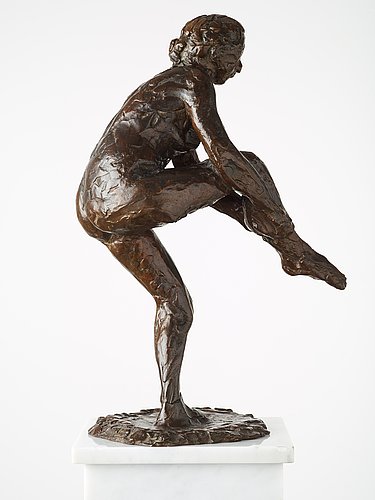 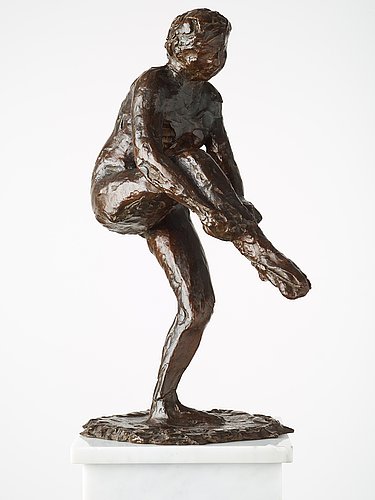 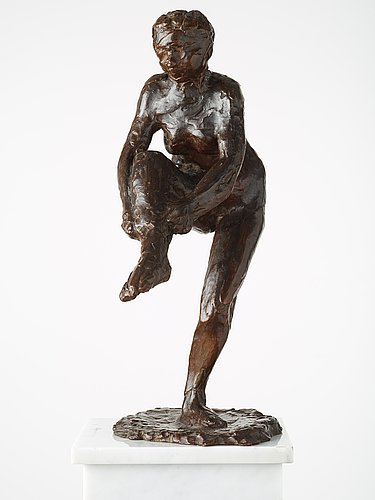 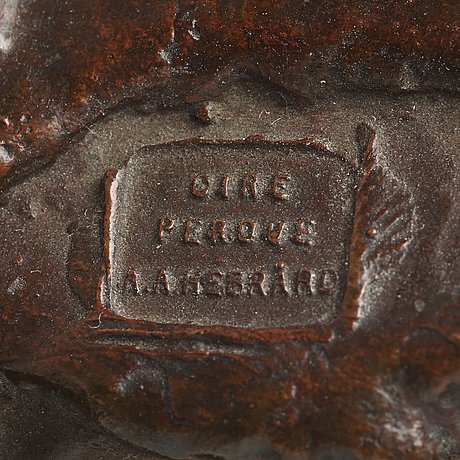 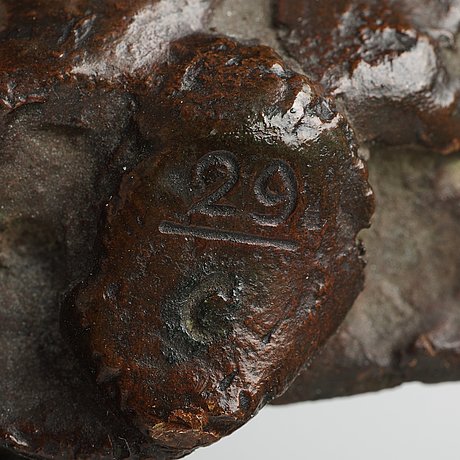 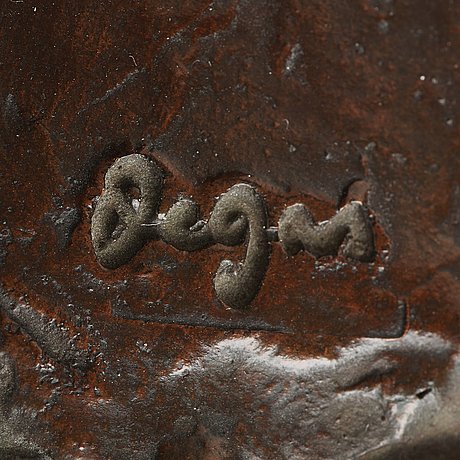 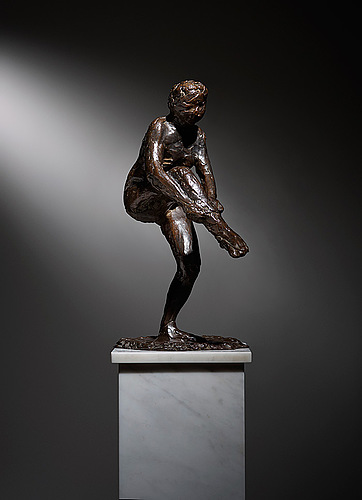 Edgar Degas’ sculpture stands outside the mainstream of nineteenth-century French sculpture. He was never interested in creating public monuments, in fact, he only exhibited one sculpture during his lifetime and it was shown at the Impressionist Exhibition in Paris in 1881.

The current catalogue number is a delightful bronze sculpture which reflects Edgar Degas’ interest in depicting movement, a theme that saw classical ballet provide an inexhaustible source of inspiration for him. Degas' models usually performed at the Paris Opéra, and many of these young dancers came to his studio to pose for him. Toward the end of his life, Degas became more focused on the dancer than on dance itself, modelling girls in informal positions outside of the context of formal class or performances.The researcher and biographer John Rewald explains: ‘It was in his passionate search for movement that all the statuettes of dancers doing arabesques, bowing, rubbing their knees… and so on were created. All of these women were caught in poses which represent one single instant, in an arrested movement which is pregnant with the movement just completed and the one about to follow’ (J. Rewald, op. cit., 1990, p. 23).
In the present work, the dancer balances on one leg and put on a sock on the other, highlighting her natural grace and agility and she seems completely unaware of her spectator.

Degas had a preference for a limited number of poses that he found particularly exciting, and he often created studies of the same pose in sketches and wax models. The pose of the dancer in the present work is clearly one that the artist especially liked as there are more known bronzes and drawings of girls in variations of this position. As described by Ann Dumas: ‘Sculpture for Degas was essentially private and experimental, an integral part of the inner creative processes that nurtured his art in all media’ (A. Dumas, 'Degas: Sculptor/Painter', in J.S. Czestochowski & A. Pingeot (eds.), op. cit., p. 47).
His sculptures can be seen as three-dimensional displays of his exploration of the human form, a magnificent complement to his two-dimensional studies on paper and canvas. The tactile surface of the sculpture reflects Degas’ experimentation and one can imagine the artist processing the surface with spatula, knives and master's fingers. With shadows and light in the muscles the dancer's truly come to life in Degas' bronze creations.