No connection to server
We use cookies to provide the best possible customer experience. If you continue you accept this use of cookies. Go here to read more.
OK
Important Timepieces 607 Stockholm3638
37
1007894 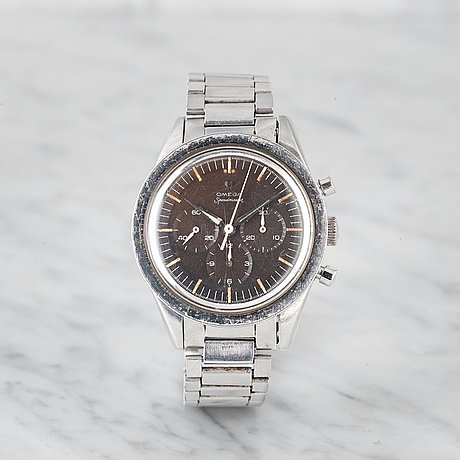 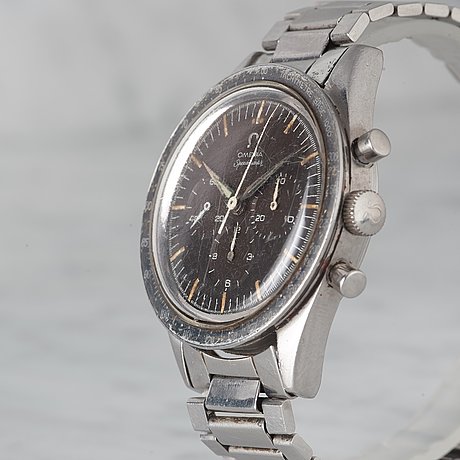 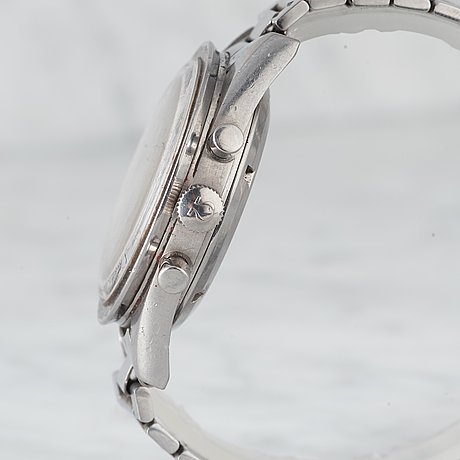 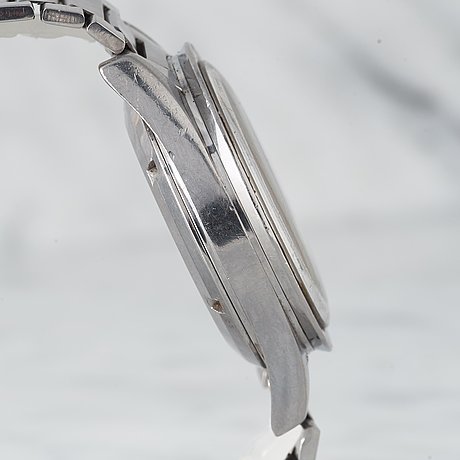 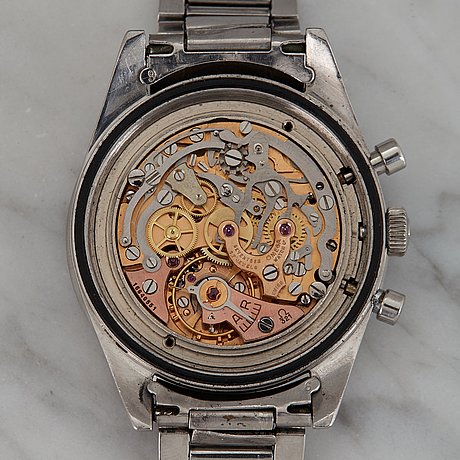 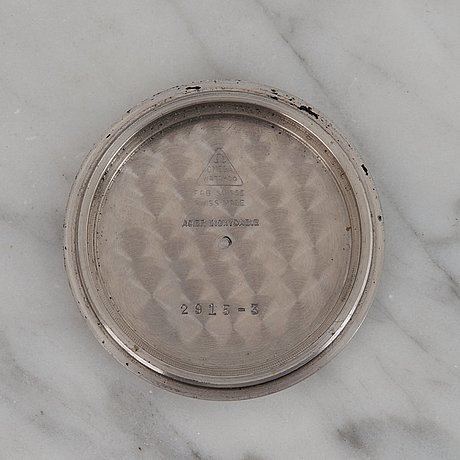 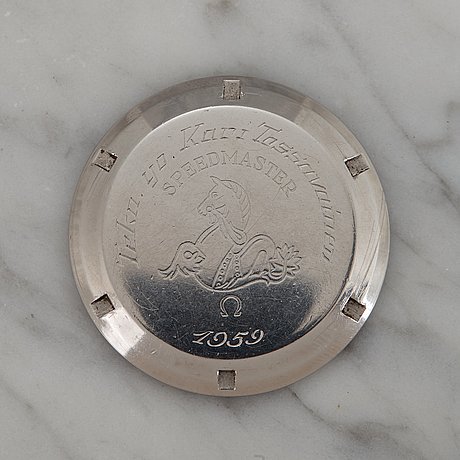 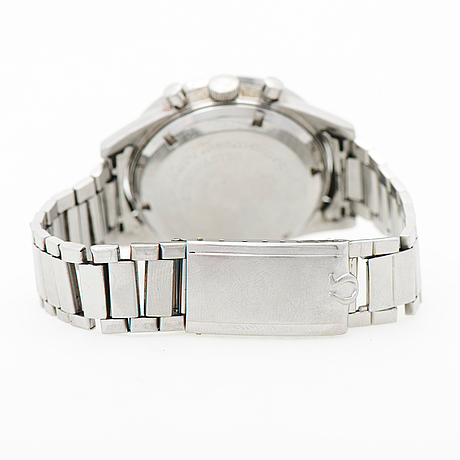 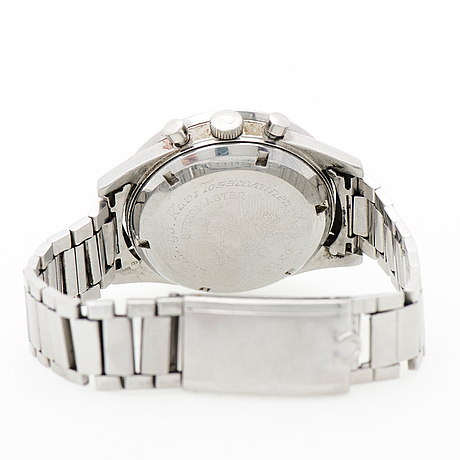 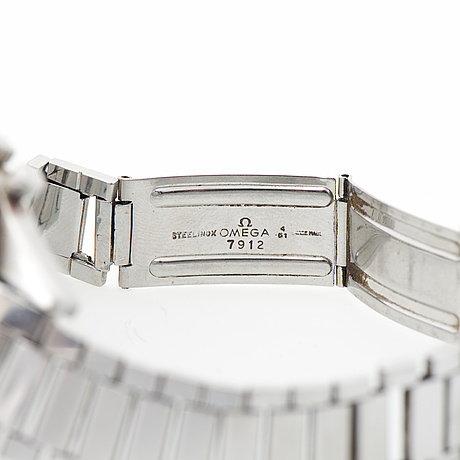 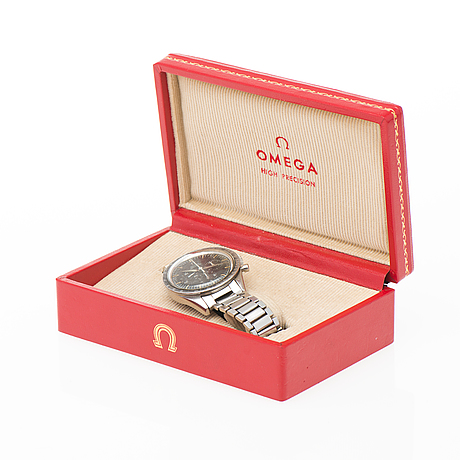 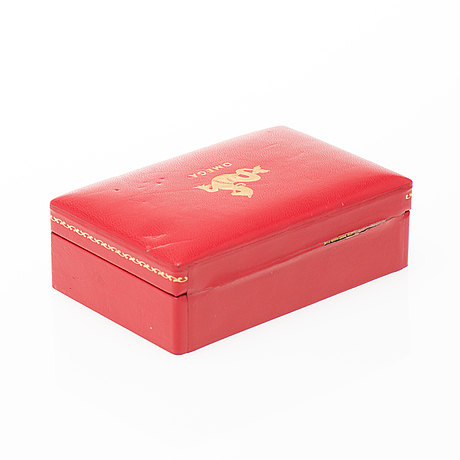 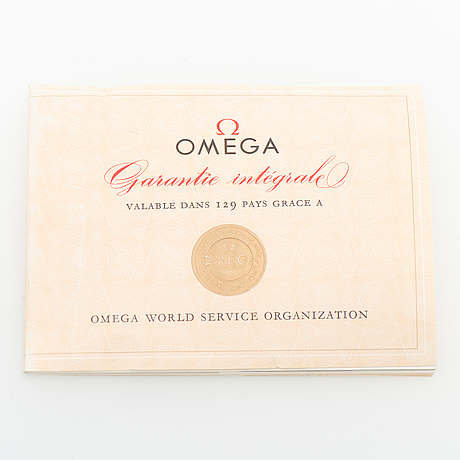 Hands relumed.
Please keep in mind that an overhaul might be needed, since no service history is available.

The watch was a Christmas present to the owner 1959. It was ordered from the USA through a watch shop in Kuopio, Finland. The ownerused the watch until the mid 70s and since then it has been laying untouched in a drawer.

After a successful autumn auction, Bukowskis is once again pleased to announce another sensational watch to our grand spring auction “Important Timepieces” taking place on april 19th. The highlight is an Omega Speedmaster 2915-3, who's predecessor delivered a new world record and became the most expensive timepiece ever to be sold at Bukowskis.

The highly coveted timepiece has been in the same ownership since it was purchased in 1959 and it is preserved in a very good original condition. What makes this watch particularly special is that it still has its certificate and original box from when it was purchased by the owner in 1959. This makes this rare watch one of the worlds most sought after collectors item within the world of watches. Last fall when an Omega Speedmaster 2915-1 was auctioned out at Bukowskis, it resulted in a sensation, setting a new world record with an incredible final price of 2 266 250 SEK.

– The seller was, and still is, an energetic rally-enthusiast whom at the time subscribed to the American magazine "Sports Car Illustrated", in which he in the fall of 1959 saw an advert for the Omega Speedmaster. He then sent a letter by mail to Omega in USA regarding a possible order on the watch, though without any success nor answer. On Christmas Eve the same year, he got really surprised when he received the watch as a christmas gift from his father, who had secretly opened the letter and manage to successfully order it via Omega’s representative in Scandinavia, says Nina Westerlund, head specialist watches, Bukowskis.

The watch was in frequent use, and worn at several rally contests, until the mid-1970s, before the owner stored it in a chest of drawer and replaced it with an Omega Speedsonic – which he used as his day-to-day watch instead. 40 years later, the watch was retrieved from the drawer and after the owner read about the world-record result, he being uncertain about the value of the watch, contacted Bukowskis for a valuation.

– The watch is distinguished by its Alpha arrow, the original tachymeter base 1000 scale and a dial that has begun to patinate in a sought after dark brown tone. These details are of great importance when we set the estimated price, says Nina Westerlund, head specialist watches, Bukowskis.

– After the attic discovery and the world record last autumn, I posed that it would take a long time before we would see something similar again at Bukowskis. And now, only six months later it's happening again! It feels incredibly great and it will also be very exciting to see what the final price will be at the end of the auction, says Carl Palmegren, specialist watches, Bukowskis.