No connection to server
We use cookies to provide the best possible customer experience. If you continue you accept this use of cookies. Go here to read more.
OK
Modern Art + Design 612 Stockholm7274
73
1101170 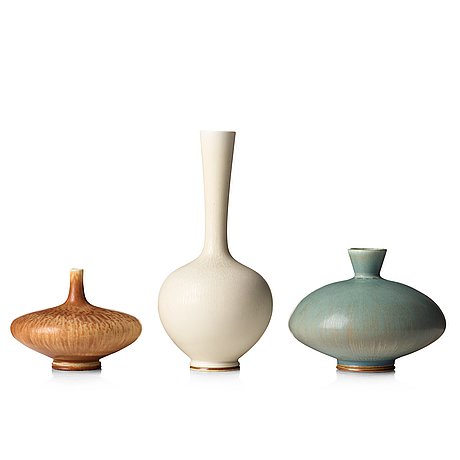 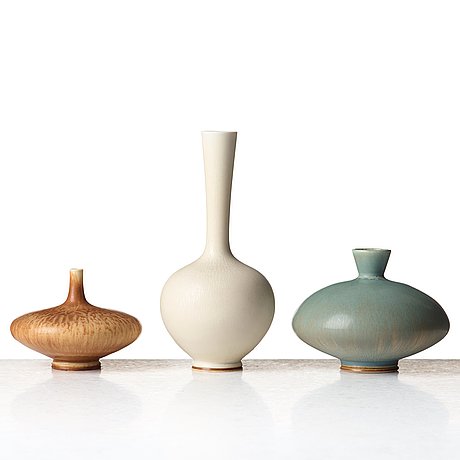 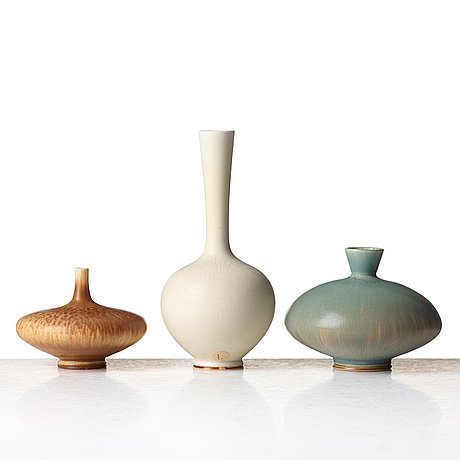 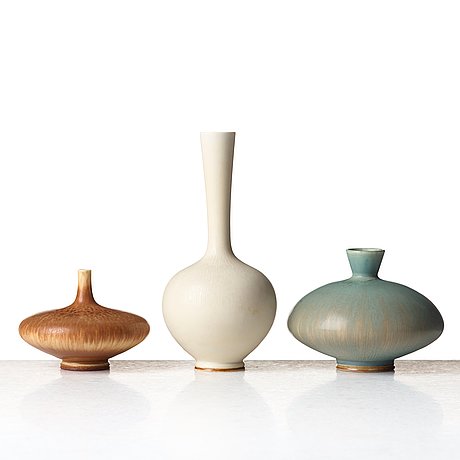 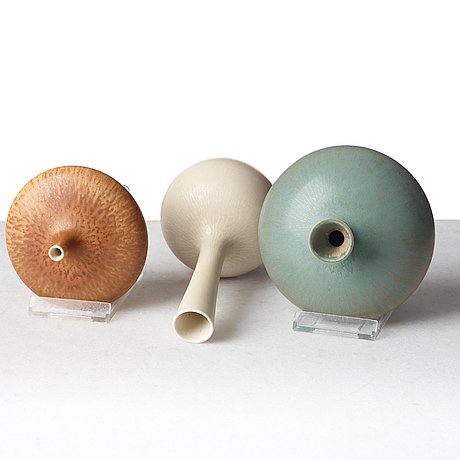 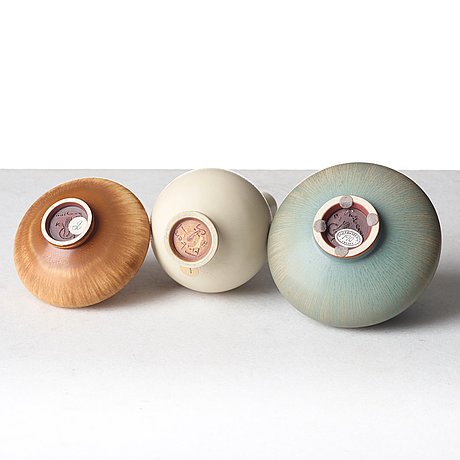 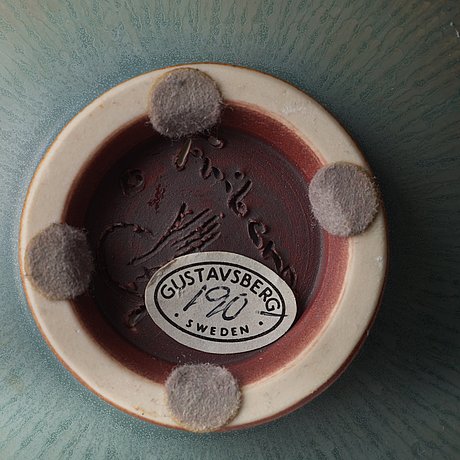 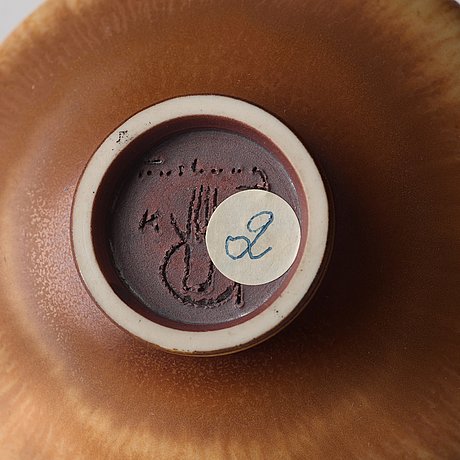 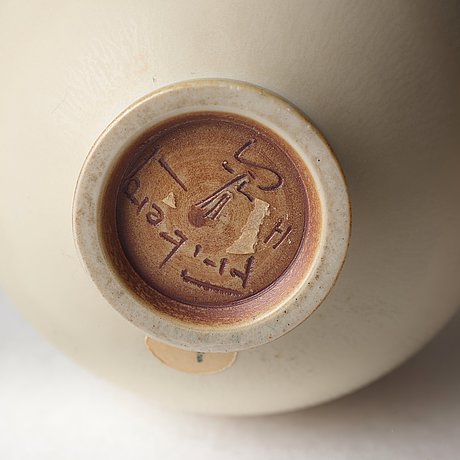 Berndt Friberg was a Swedish ceramicist and turner. In 1934, he began working at the Gustavsberg porcelain factory for the artistic director Wilhelm Kåge. From 1937, Friberg also worked for Stig Lindberg. Friberg debuted in 1941 as an independent ceramicist when he was exhibited in Gustavsberg's shop on Birger Jarlsgatan in Stockholm together with Calle Blomqvist and Stig Lindberg.

Many exhibitions followed over the years, and his first solo exhibition, presented at NK in Stockholm in 1954, became very popular.

Friberg was not only a ceramic designer, but he also knew how to turn and glaze ceramics. The result was pieces of various sizes, from small miniatures, where the smallest were no higher than a couple of centimeters, to large floor vases. The forms were classical, inspired by the Song Dynasty's Chinese stoneware (960-1279).

During 1957-58, Friberg began working with different patterns in the glaze. The most sought-after items by Friberg are large vases with matte harpsichord glazes.