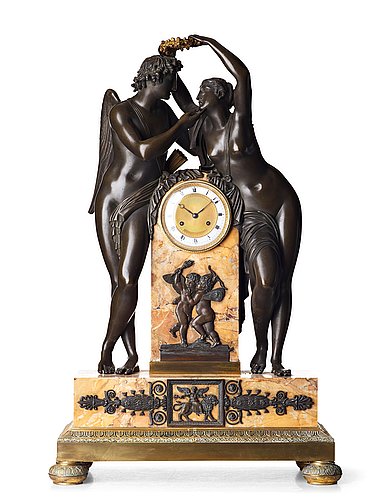 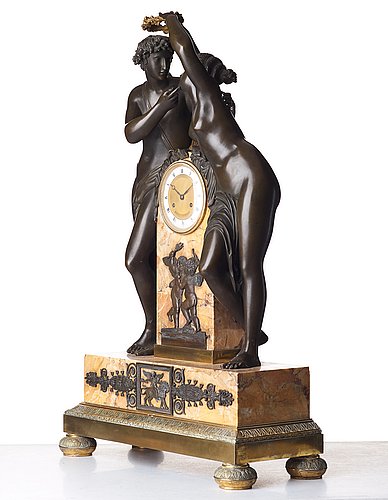 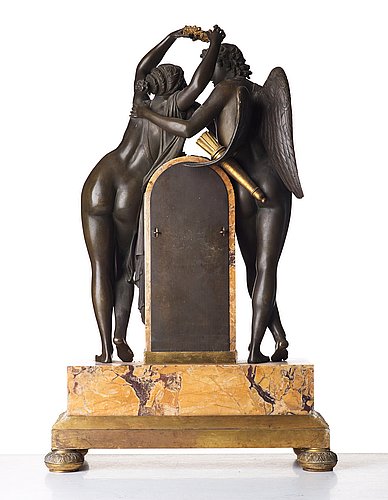 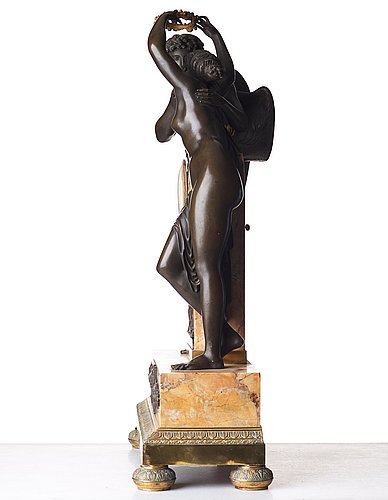 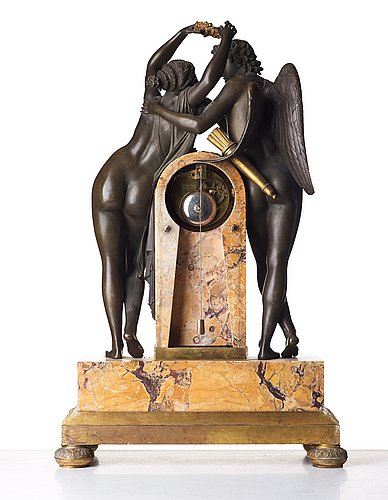 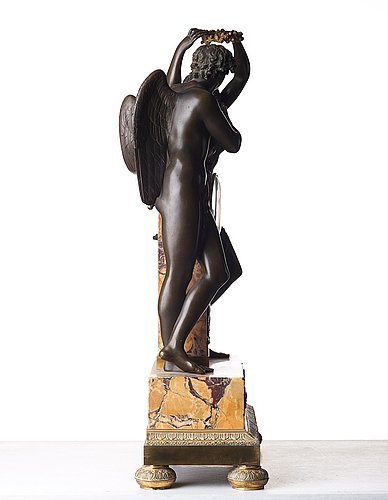 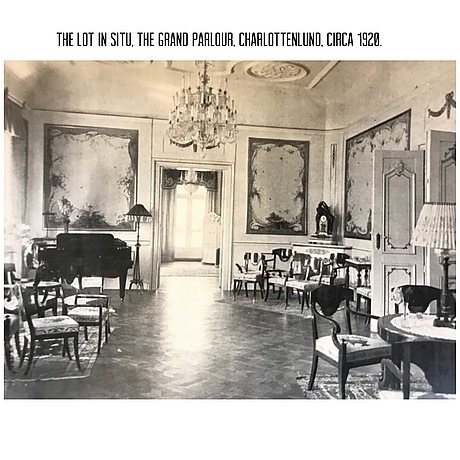 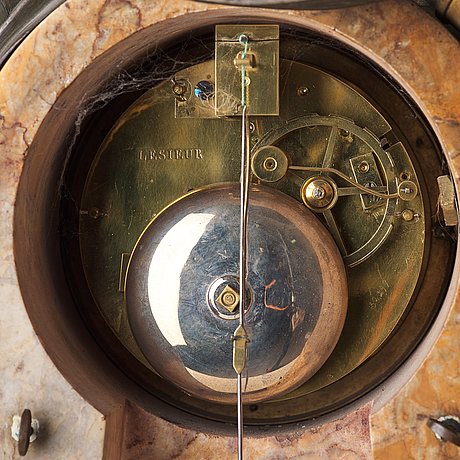 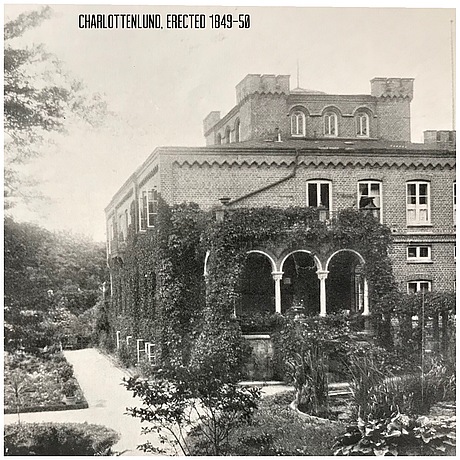 Claude Michallon (1752-99), French sculptor, who studied sculpture at the Ecole des Beaux-Arts in Paris, became a student of Charles-Antoine Bridan (1730-1805) and Guillaume Coustou.
In 1785 he won the great prize for sculpture with a low relief depicting Brutus. He studied at the Académie de France in Rome for six years, until 1791. When he returned to Paris, he received orders for colossal statues and won several awards awarded by the Public Information Committee. He competed for several projects in Paris, he also won the competition prize with a plan for Pont Neuf. Claude Michallon presented his marble group d'Aconce et Cydippe at the Salon in Paris in 1793. He also created various models for clock cases, like Cupid and Psychée. Among others, Pierre-Philippe Thomire cast bronze after his models.
According to the tale of Cupid and Psyche by the Roman writer Apuleius, the king daughter Psyche was so beautiful that Venus herself became envious and Cupid fell in love with her, but forbade her to see his face. After countless intricacies and suffering, the two were finally united, and she was taken to the God world, where they were offered a wedding.