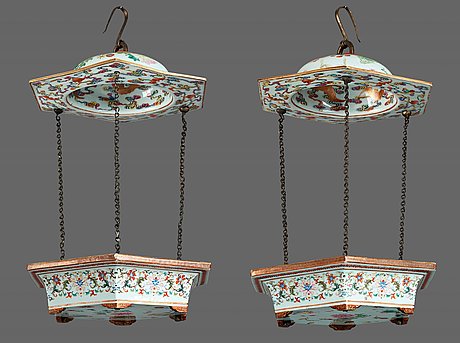 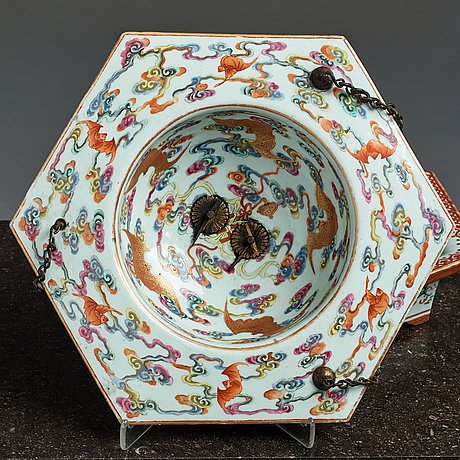 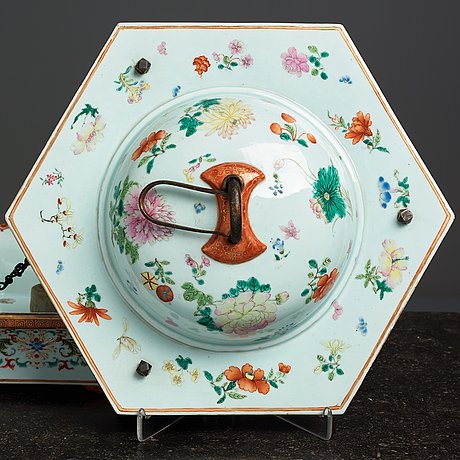 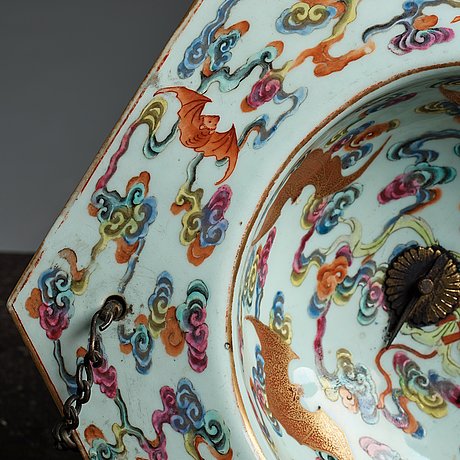 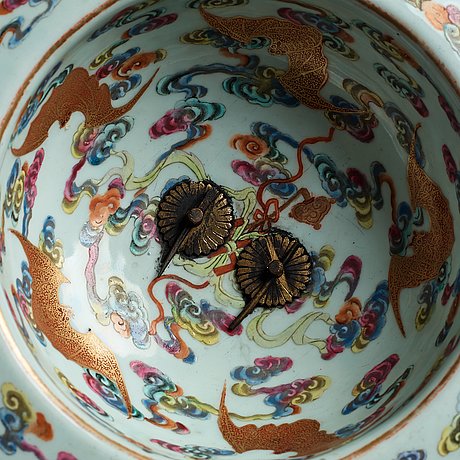 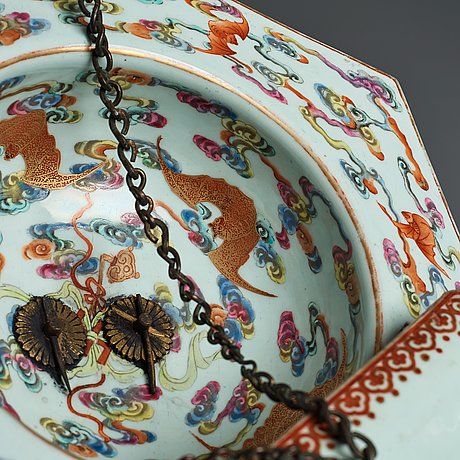 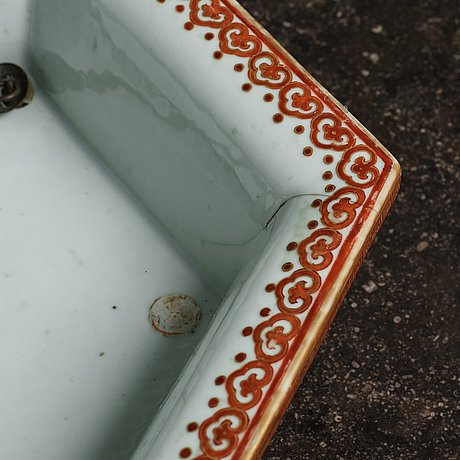 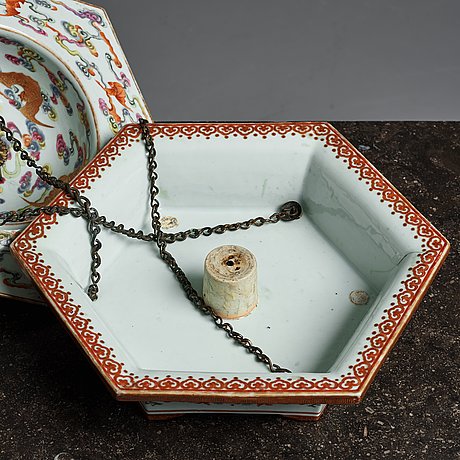 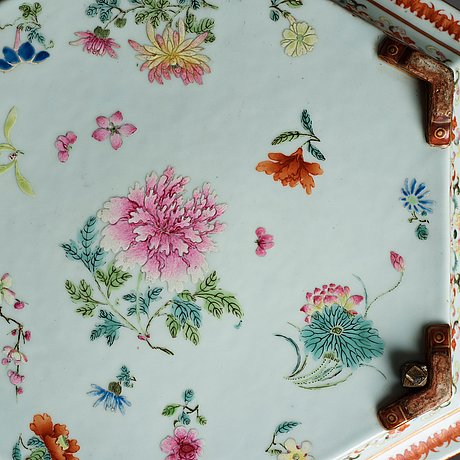 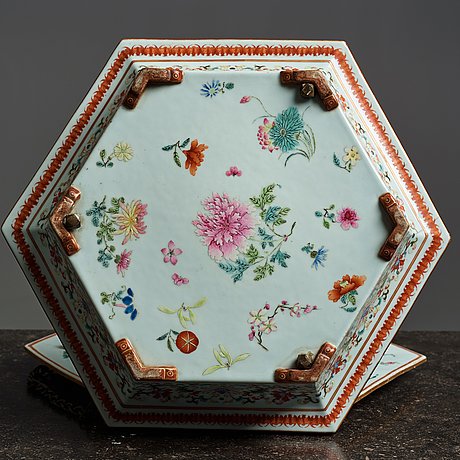 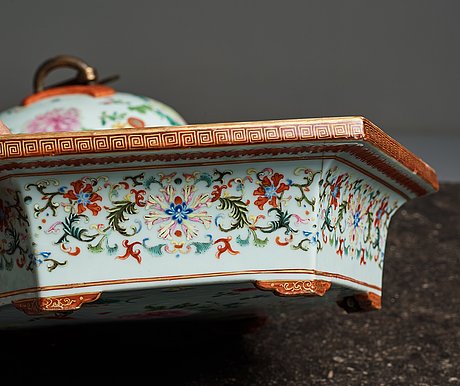 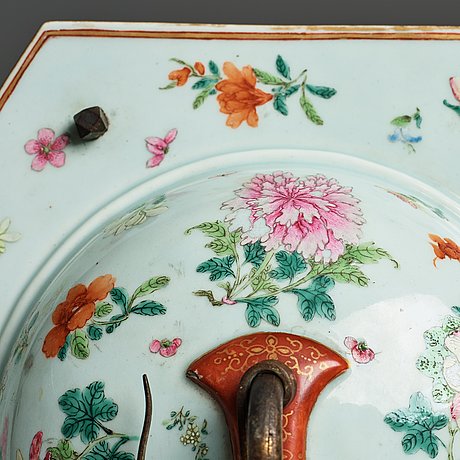 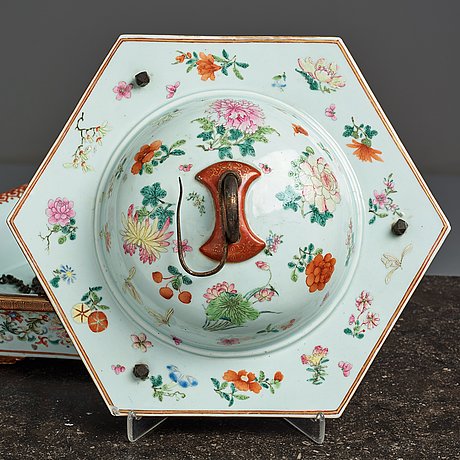 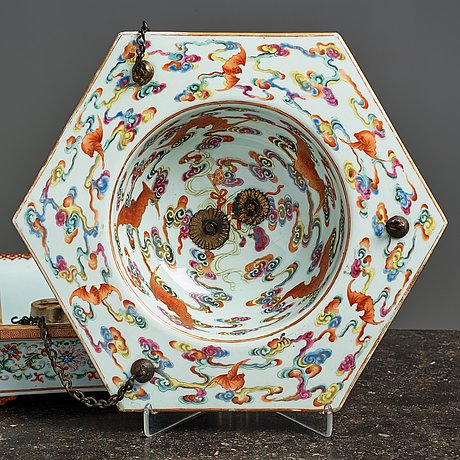 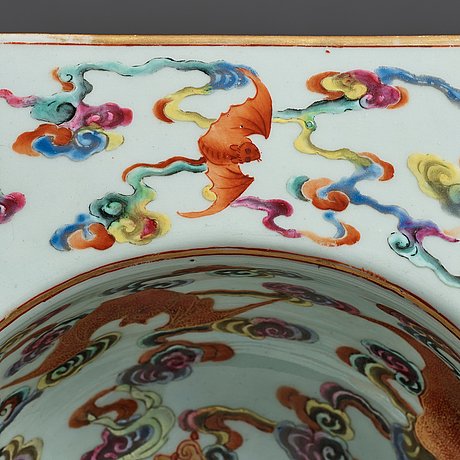 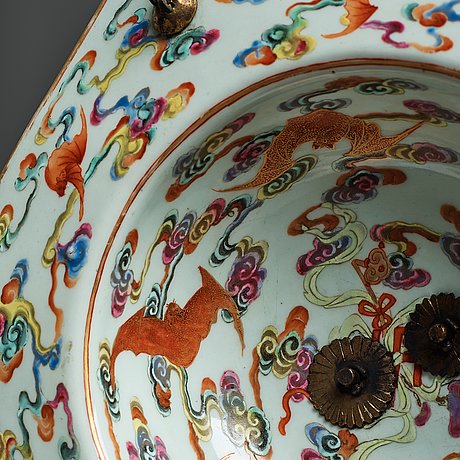 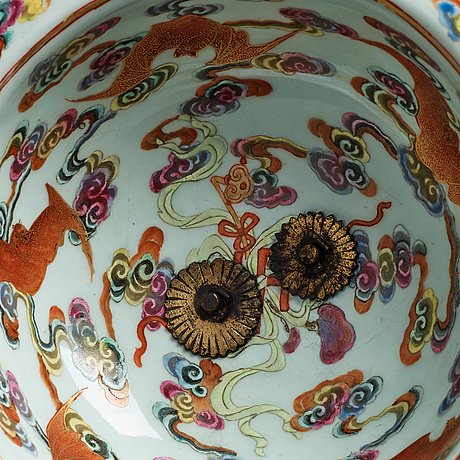 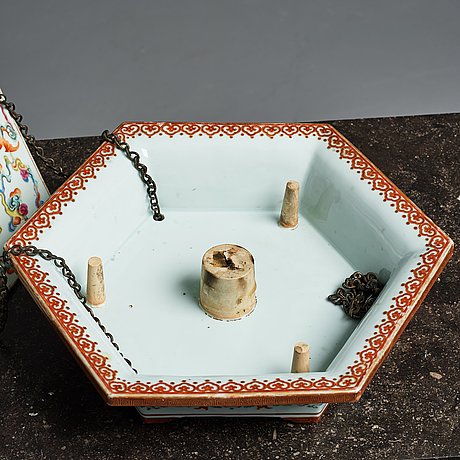 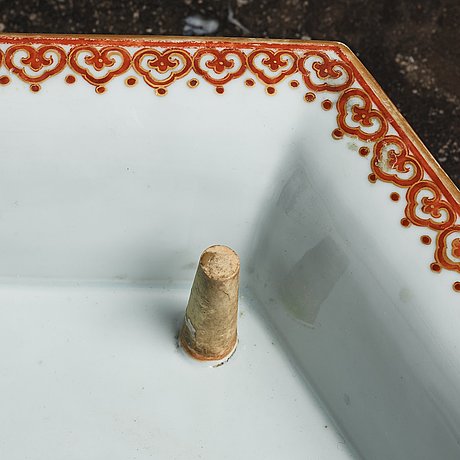 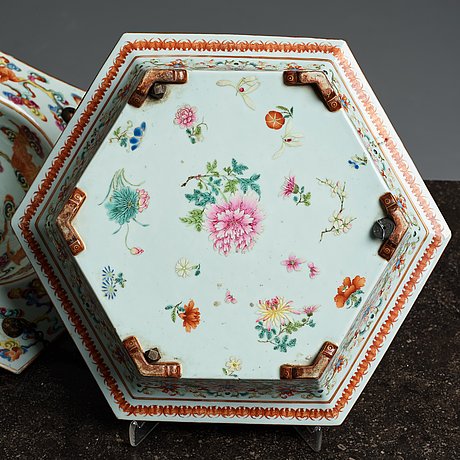 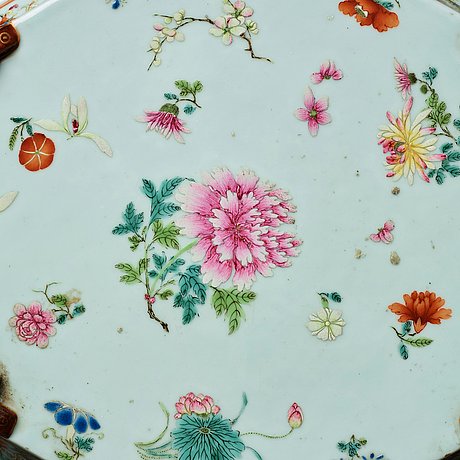 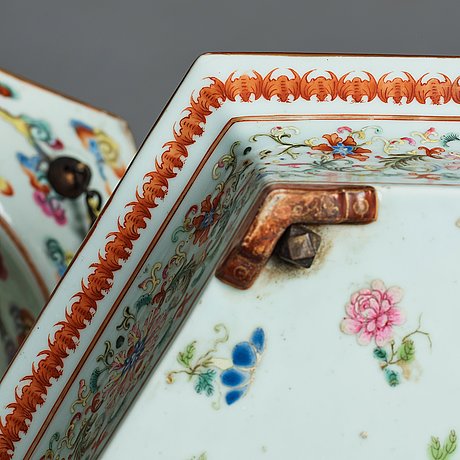 Hexagonal shape with domed cover. The base decorated with a continuous lotus pattern, around the rim a ruyi band. The covers interior decorated with bats amidst cloud formations and flowers to the outside. Measurments 33x37x52 cm. Total height with hook hanging is 62 cm.

From the collection of Märtha and Gustaf Ågren, Gothenburg. Gustaf Ågren (1898-1981). Director of Axel H. Ågren AB. Member of the board for Göteborgs Sand AB, Göteborgs Sparbank and other companies. He and his wife Märtha lived in Ågrenska villan, Lorensberg, Gothenburg. They were philantrophists and donated money amongst other things to Sahlgrenska sjukhuset and to the Märtha & Gustaf Ågren Trust for children in need. Thence by descent.

Throughout history in China, artists has been inspired to paint these flower arrangements. See for instance Giuseppe Castiglione (Lang shi Ning)

As an art form, Chinese flower arrangement began during the Northern and Southern Dynasties when Buddhism spread into China, bringing its custom of offering flowers at temple altars. And of course you need beautiful pots and vessels for these.

By the Five Dynasties (907-960 A.D.) Emperor Li Hou Tsu had made the floral art an imperial affair by holding an annual flower arrangement exhibition at his palace. This event was to mark the rise of court flower arrangement.

The Sung Dynasty (960-1279 A.D.), with its literati paintings, was the flourish of literati flower arrangement. By the time of the Ming Dynasty (1368-1644 A.D.), the art was practiced widely amongst the populace, used in homes and during special festive occasions. A burgeoning number of Chinese floral arrangers had perfected techniques placing equal weight on beauty, structure, and meaning, laying the foundations of an Oriental art form which would spread to Japan, Korea, and even Europe and the Americas.