No connection to server
We use cookies to provide the best possible customer experience. If you continue you accept this use of cookies. Go here to read more.
OK
Contemporary Art & Design 623 Stockholm12091211
1210
1239773 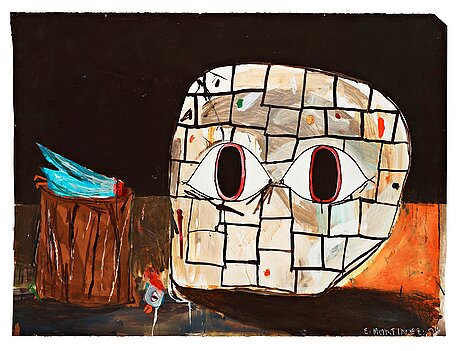 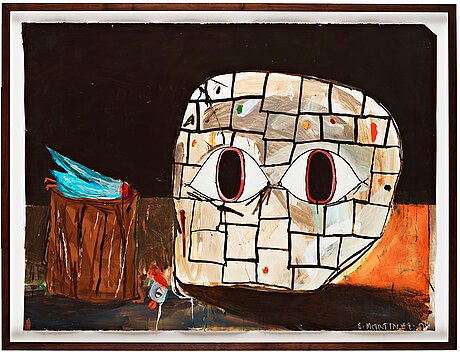 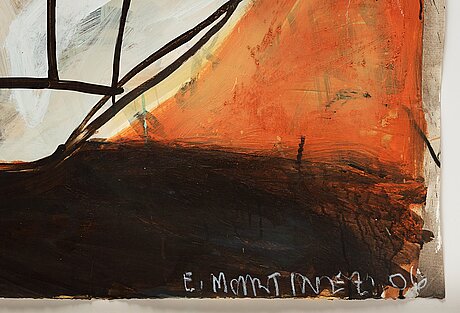 Eddie Martinez, born in 1977 and based in Brooklyn, has become widely acknowledged by critics and collectors alike for his aggressive, raw and eclectic style of painting. In his work, Martinez mixes representation and abstraction, painting and drawing, colors and textures in the same non-hierarchical manner as he shuffles pop culture and Abstract Expressionism with his private personal iconography. The images and motifs that feature in his paintings have included cartoon-like ducks, skulls, and clowns. In addition to using oil paint, Martinez also incorporates a mix of media in his paintings, especially spray paint and markers.

The large painting on paper Bird Heading from 2005 marks the transition from the pronounced representational style of the earlier works towards the more formal abstraction of the current period, which makes the work significant in the creative evolution of the artist.
Martinez first solo show ever was at the Swedish gallery Loyal in 2005. They will also showed his work last year. Eddie Martinez is represented by established international galleries such as Timothy Taylor in London and Mitchell-Innes & Nash in New York. He has exhibited extensively worldwide. In 2019 works by Martinez was shown at Perrotin in Hong Kong in the exhibition ”EMHK19” and at the show "Fast Eddie" at Museum of Contemporary Art Detroit. He also had a solo show at Bronx Museum of the Arts called ” Eddie Martinez: White Outs” in November 2018 to February 2019.
Martinez’s work has been featured in Forbes, The New Yorker, Modern Painters, The New York Times, ArtReview, ARTNews amongst others.