We use cookies to provide the best possible customer experience. If you continue you accept this use of cookies. Go here to read more.
OK
Important Spring Sale 625 Stockholm119121
120
1219184
A pair of Swedish 17th century filigree and parcel-gilt silver beakers and covers, mark Rudolf Wittkopf, Stockholm 1698. 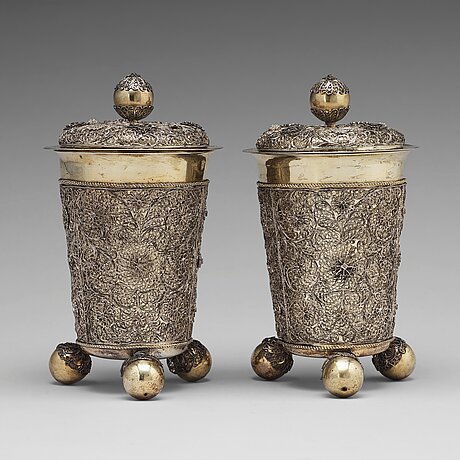 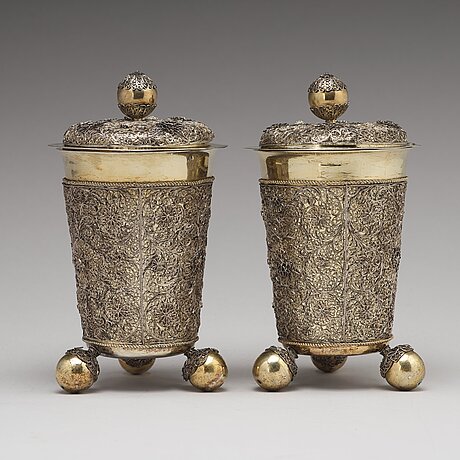 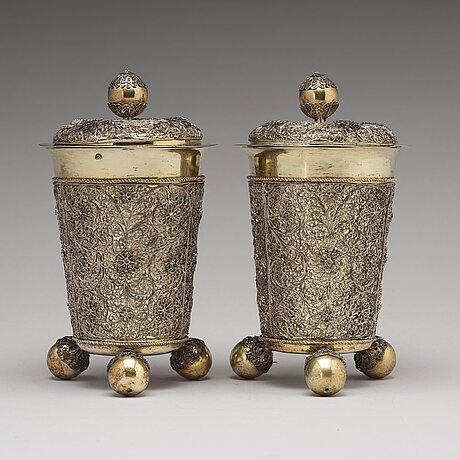 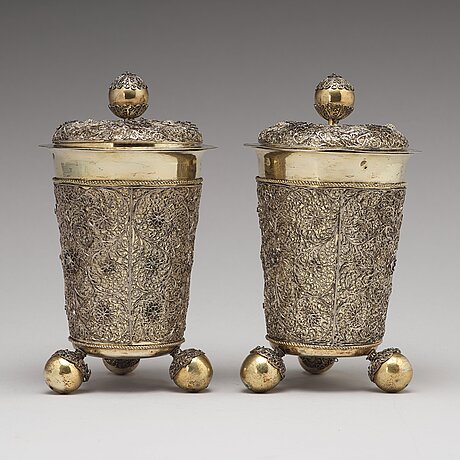 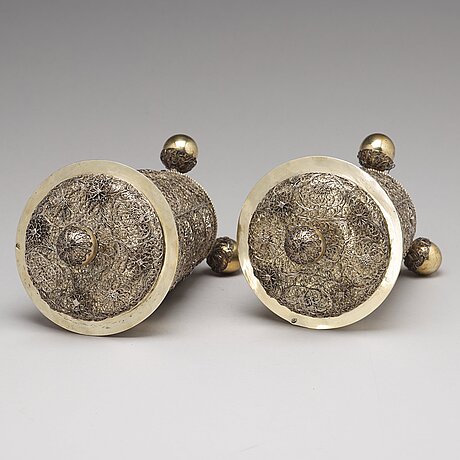 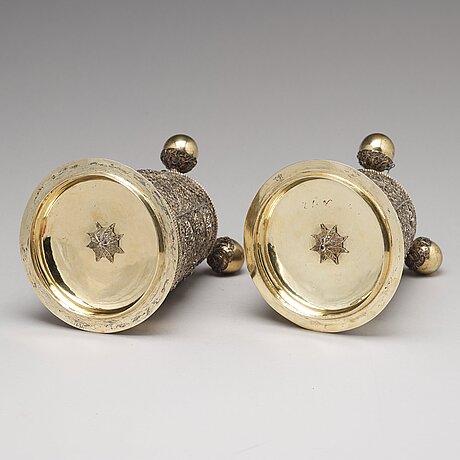 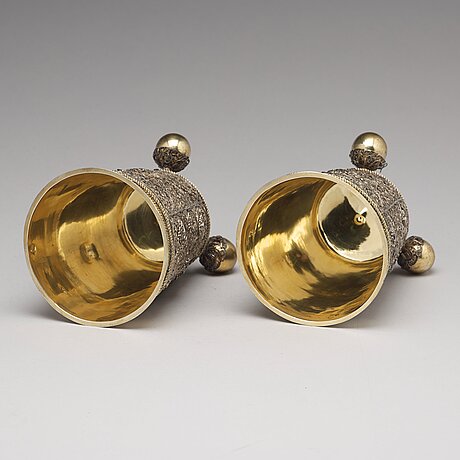 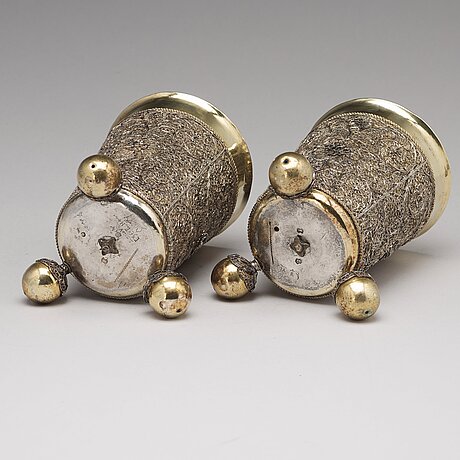 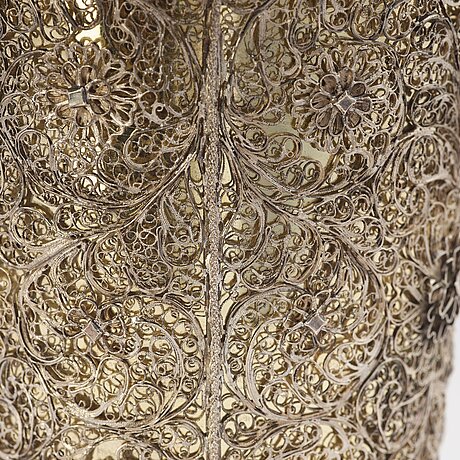 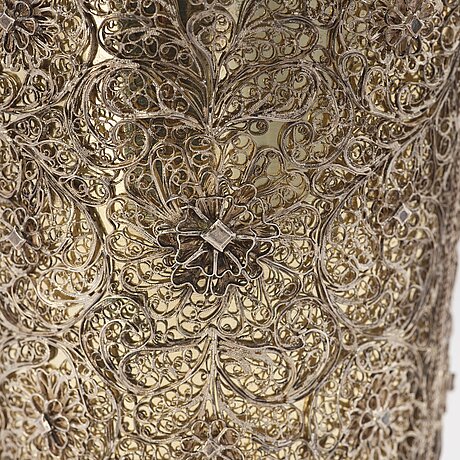 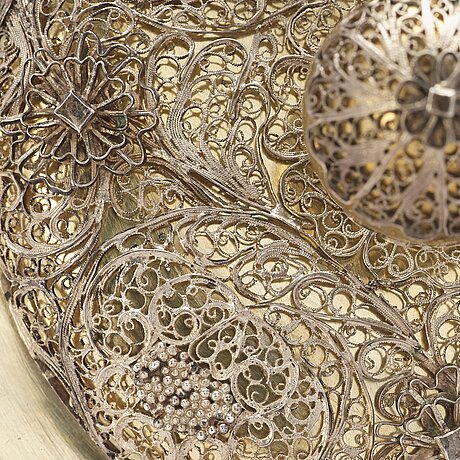 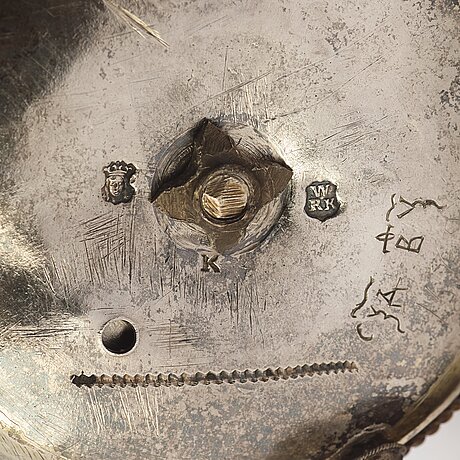 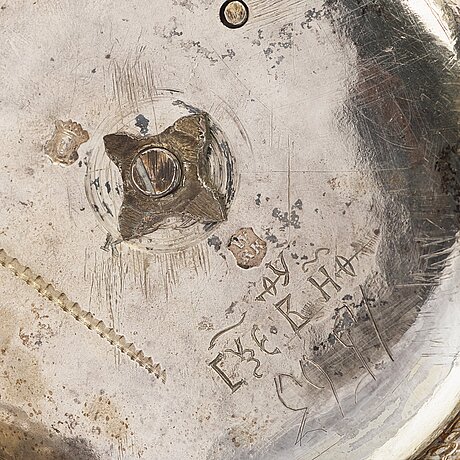 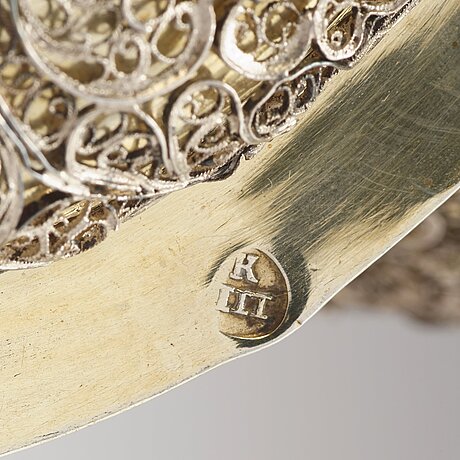 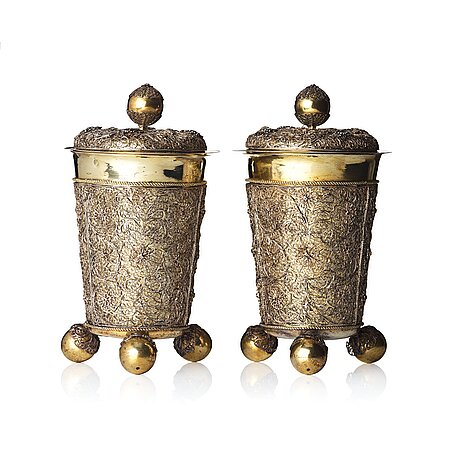 The beakers were a diplomatic gift from Karl XII to Peter the great in 1699, they are marked with the Kremlin mark and an inventory no (Opis 1562-1563).
The beakers were sold by the Soviet state through Bukowskis in 1931 and then again in 1998 at Bukowskis Auction 510, lot no 830.

Sixteen filigree beakers, of different sizes, were included in the diplomatic gift from 1699. Unfortunately none of the larger beakers are still kept in the Kremlin, only a pair of the smaller beakers and a pair of filigree boxes. We know this as documents have been found in the Russian state archives showing that several of the beakers from the Swedish gift were moved, on the order of Alexander Mensjikov, to the Preobrazjensko Palace, only one and a half month after the audience. Most likely all of the filigree beakers at Preobrazjensko were destroyed in a fire after the celebrations of the victory over the Swedes in 1721.