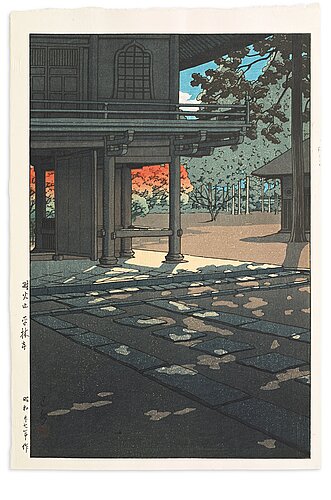 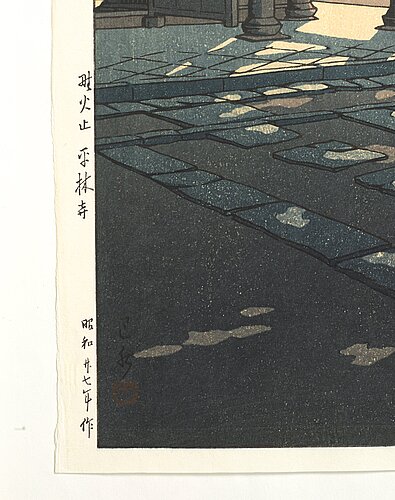 In 1911 the family moved to the mansion like duplex next to Sturegatan in Stockholm. The elegant home and their summer house at Brevik by Erstaviken where Ankarcrona created a Japanese garden (1923-27) and even set up a complete Japanese building was documented in the the magazine 'Svenska Hem i ord och bild' in 1928, which provide us with a fascinating window into this golden age of European collecting. The guest book contains signature of the Swedish king Gustav VI Adolf as well as the Japanese crown prince, later Emperor Akihito.

Kawase Hasui (1883-1957) is regarded by many as one of the most talented Japanese landscape artist of the 20th Century. His prints are characterized by their serenity of mood and flawless composition. While his landscapes are markedly modern, they yearn for a Japan past and rest upon traditional virtues of delicacy, poise and restraint.

Watanabe was the first to recognize his artistic genius, and Hasui soon became the most popular artist working for this prestigious publisher. Hasui travelled widely in Japan and his subjects are based on quick sketches and watercolours taken from nature. Unfortunately, during the earthquake of 1923, all of his woodblocks and over 200 sketches were destroyed, which makes his early works scarce and in great demand today.