We use cookies to provide the best possible customer experience. If you continue you accept this use of cookies. Go here to read more.
OK
Contemporary Art & Design 626 Stockholm178180
179
1268458
Nathalie Djurberg & Hans Berg
(Sweden, Born 1978) 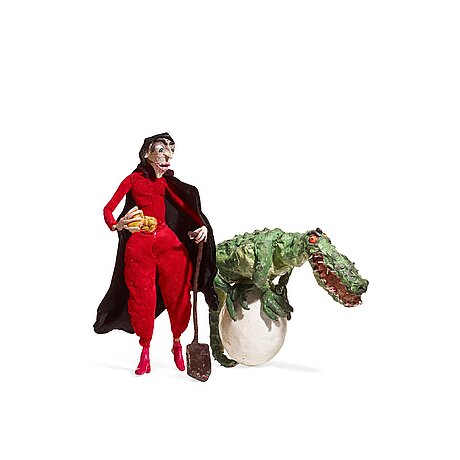 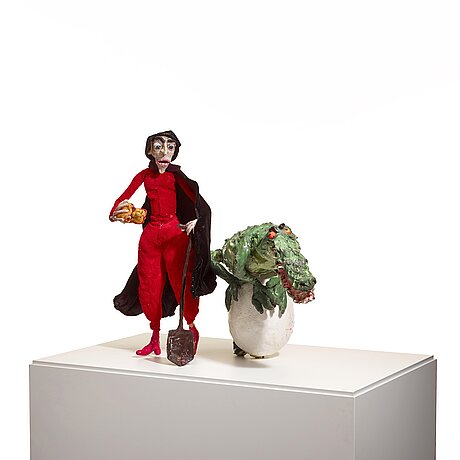 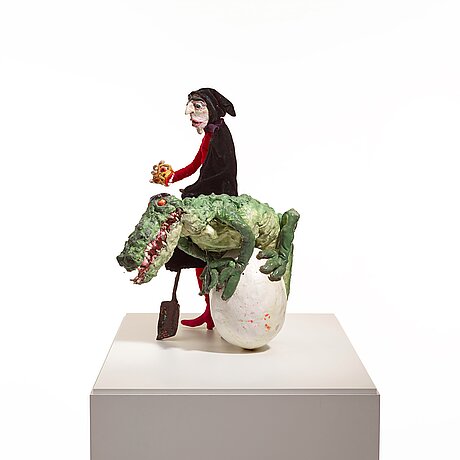 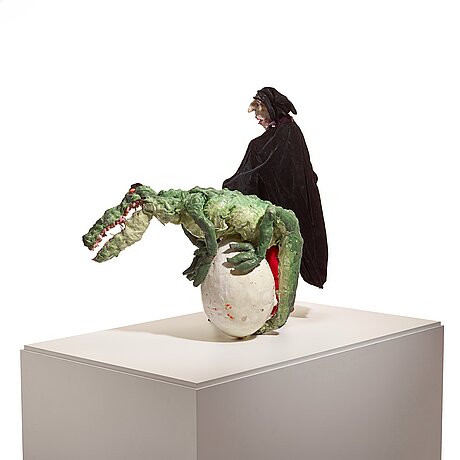 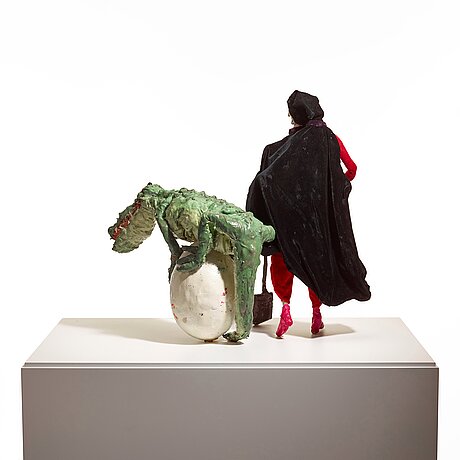 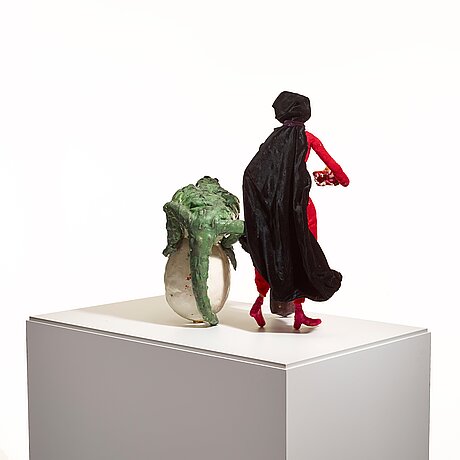 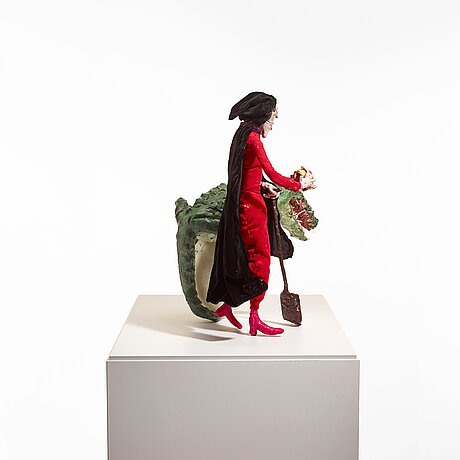 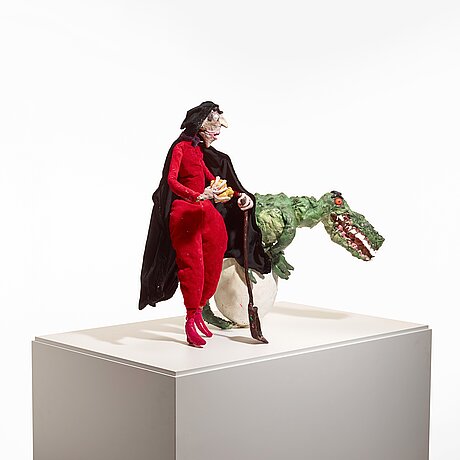 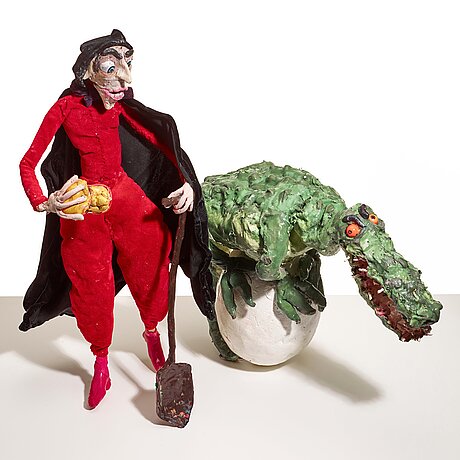 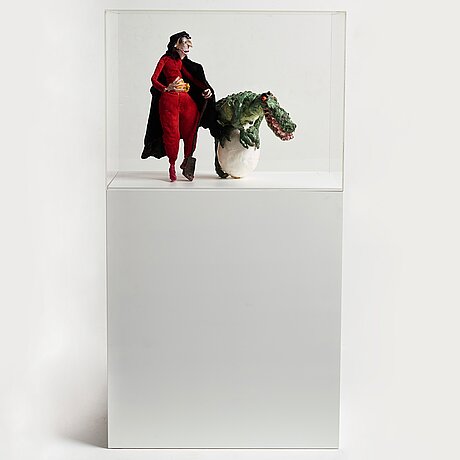 "Crocodile, Egg, Man" from "I am Saving this Egg for Later"

The video "I am Saving this Egg for Later" exhibited at Garage Center for Contemporary Art, Moscou, "The Black Pot", 21 June – 25 August 2013.

Nathalie Djurberg is one of Sweden’s most internationally sought after artists. She is continuously working on new projects together with her partner Hans Berg, who makes all the music that accompanies her pieces. The relationship between humans, animals and forces of nature is the constant, vibrant theme that occupies their shared universe. Stop motion animations using clay figures, spatial installations and sculptures form the foundation of their work.

The sculpture “Crocodile, Egg, Man” was created for Djurberg’s project “The Parade”. The video has been exhibited, amongst other places, at Garage Center for Contemporary Art in Moscow during the summer of 2013.

The video where the crocodile, the man and the egg appear shows the animal and the wizard-like figure digging an egg out of the earth, which they then fight over.

Garage Center for Contemporary Art described the installation as follows:

“The Black Pot – Djurberg and Berg’s latest project – differs greatly from previous works insofar as the film does not contain scenes of violence, graphic sexual imagery or extreme physiological states. Instead, a certain poetic and metaphorical abstraction emerges within the fragmented narrative. Drawing on classical mythology, Djurberg plays with the subject of ontogenesis (the transformation of an organism from an egg to a mature form). The Black Pot, like all the films by the artist, is accompanied by the eccentric and hypnotic music of Hans Berg.”

In 2018 the largest solo exhibition to date of Djurberg and Berg’s animations, sculptures and music, ‘A Journey Through Mud and Confusion With Small Glimpses of Air’, was shown at Moderna Museet in Stockholm. Over the last decade they have had a strong presence on the international art scene, previously exhibiting at the Venice Biennale, The New Museum in New York and the 21st Century Minsheng Art Museum in Shanghai as well as at the Lisson Gallery in London, Zach Feuer Gallery in New York and with Gió Marconi in Milan.