We use cookies to provide the best possible customer experience. If you continue you accept this use of cookies. Go here to read more.
OK
Contemporary Art & Design 626 Stockholm236238
237
1264788 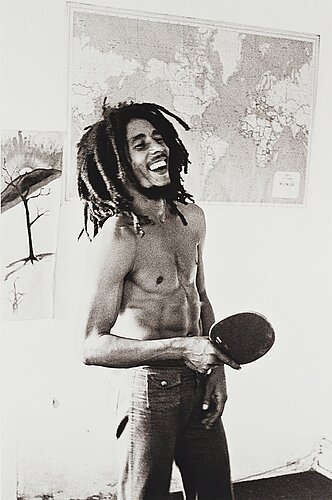 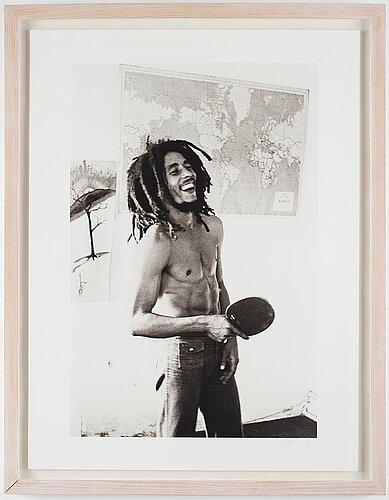 Dennis Morris first met Bob Marley at the Speakeasy Club in London in 1973. “During soundcheck, he asked me what life was like as a young black British kid,” recalls the photographer, who was a high school student in Eng­land at the time. Marley was impressed enough to spontaneously ask him to come along for the rest of the tour. “The next day, I met Bob and the rest of the Wailers at their hotel and climbed in their transit tour van,” Morris continues. “Bob then turned around and said to me, ‘Are you ready, Dennis?’ and my life-changing adventure began.”

Morris became a friend to the reggae superstar for the next eight years, capturing candid, soon-to-be-iconic images of Marley strumming a guitar, dancing, and playing ping-pong — a collaboration that lasted until Marley’s death from melanoma in 1981.

Morris says:
“He gave me confidence, he gave me hope, he gave me identity, he made my dreams possible,” Morris said in a statement. “And for millions of others worldwide, he did the same. Live up Bob, the Rebel lives on.”