No connection to server
We use cookies to provide the best possible customer experience. If you continue you accept this use of cookies. Go here to read more.
OK
Modern Art + Design 628 Stockholm511513
512
1269689 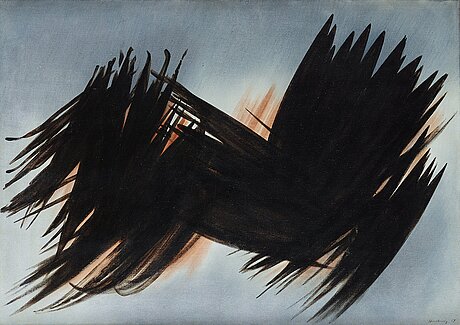 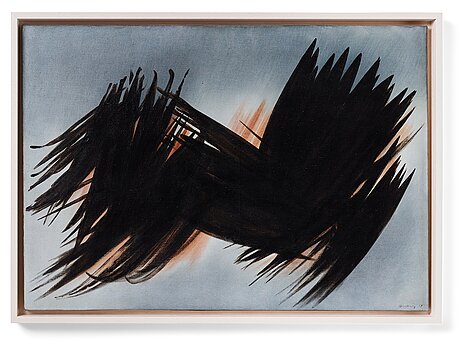 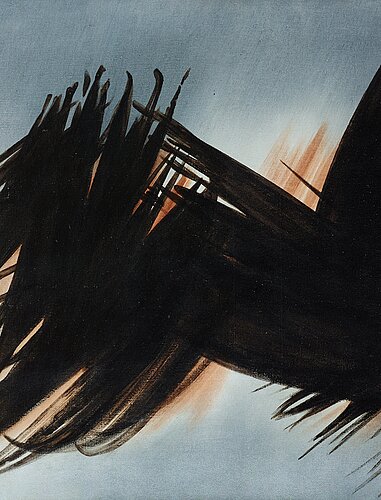 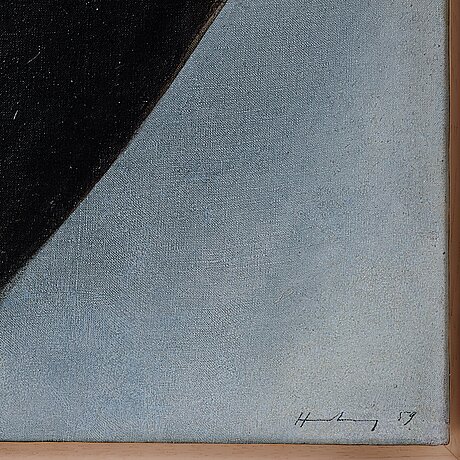 Signed Hartung and dated -59. Canvas 65 x 92 cm. The work will be included in the "Catalogue raisonné de l'oeuvre de Hans Hartung" by the Hartung Bergman Fondation. Certificate by Hartung Fondation is included.

As a child in Leipzig, Germany, Hans Hartung was afraid of thunder and lightning. He would fill notebook after notebook with zigzag lines in the childish hope that these would protect him from being struck. Much later, when Hartung was an established artist, he would argue that his interest in the abstract could be traced back to these drawings of bolts of electricity.

Hartung was a prominent figure in abstract art after the Second World War. His style, known in America as abstract expressionism and in Europe termed as ‘Art Informel’ or ‘Tachisme’, focused on the creative process rather than the end result. In this context Hartung was mentioned alongside artists such as Pierre Soulages and Nicolas de Staël.

Having graduated from the Fine Arts Academy in Dresden Hartung moved to Paris at the end of the 1920s. After joining the French Foreign Legion he was gravely injured in battle and, in 1944, had to amputate one of his legs. Towards the end of the war Hartung became a French citizen and was awarded the Croix de Guerre.

Following this period Hartung changed his artistic direction. From the earlier inspiration of Kandinsky and the Cubists he now transitioned to painting powerful motifs with lines and dashes, as if combed across the canvas – sometimes straight, sometimes swirling – in a style reminiscent of Eastern calligraphy.

At first look these compositions appear entirely improvised. Yet, Hartung’s paintings from the late 1940s and 50s were carefully planned. He began with drawings, which were then meticulously transferred to the canvas using a special grid-technique.

In the 1960’s Hartung’s work strongly impacted many younger American painters, and made him an important predecessor to the lyrical American abstraction of the 60s and 70s.