No connection to server
We use cookies to provide the best possible customer experience. If you continue you accept this use of cookies. Go here to read more.
OK
Contemporary Art & Design 631 Stockholm400402
401
1308419 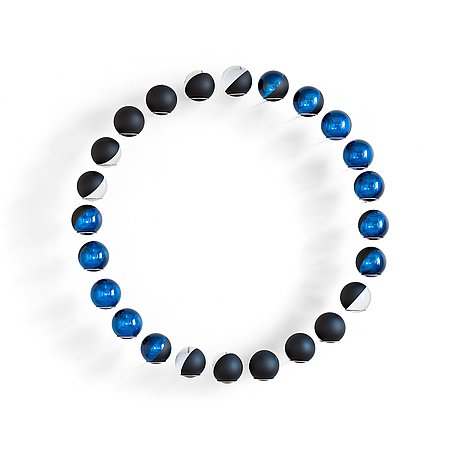 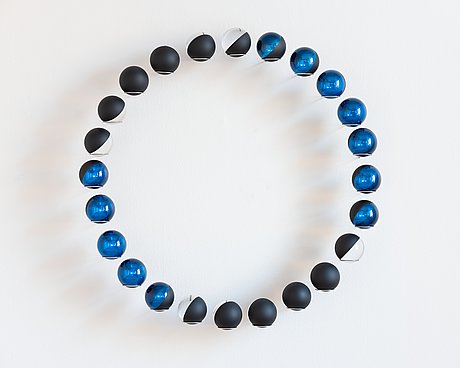 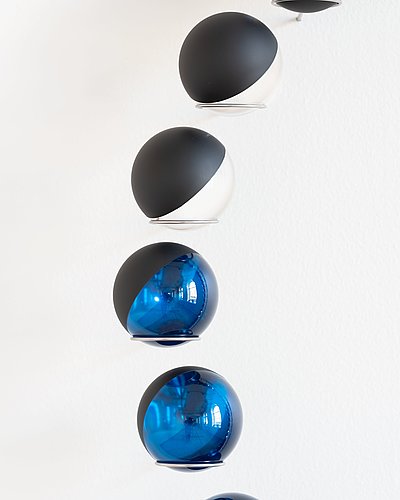 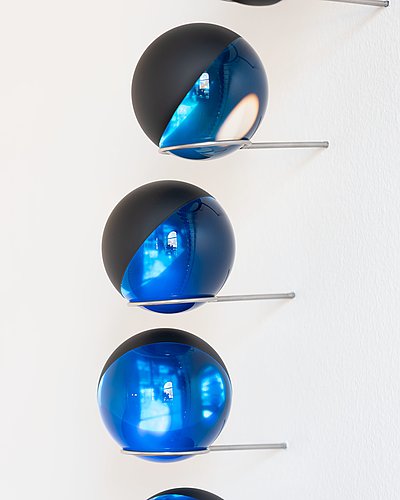 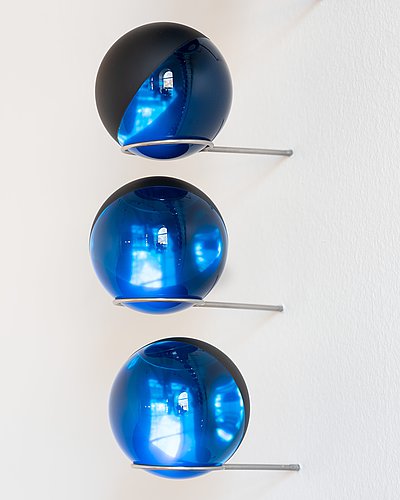 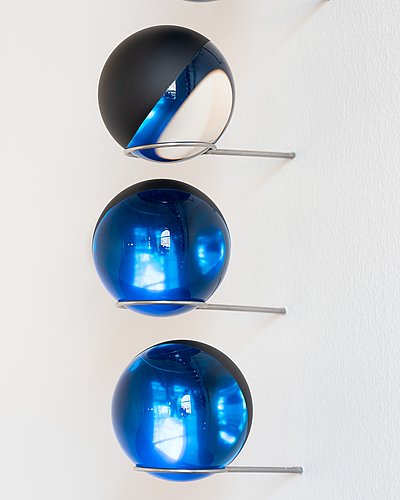 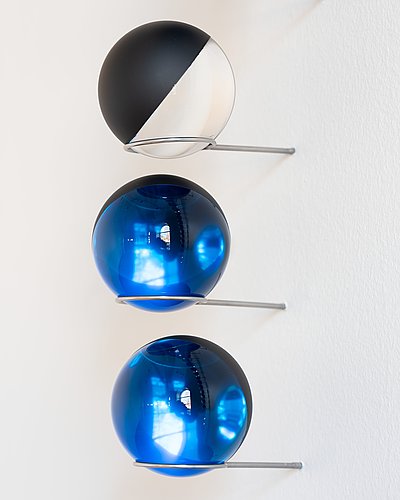 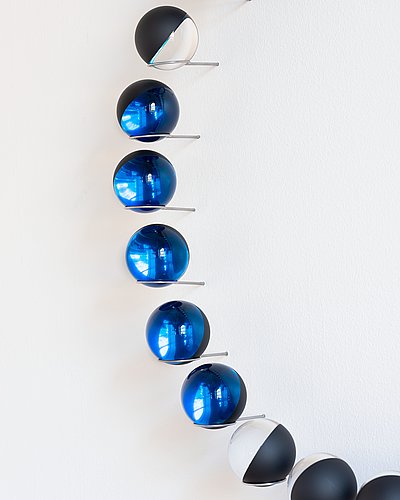 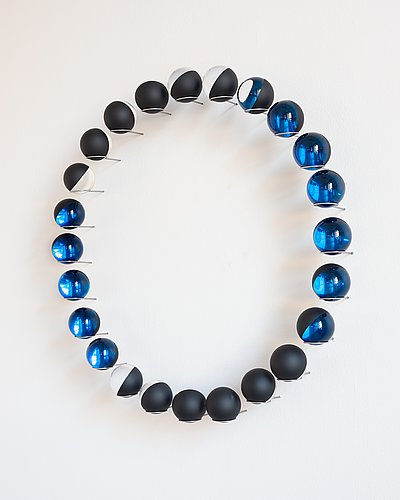 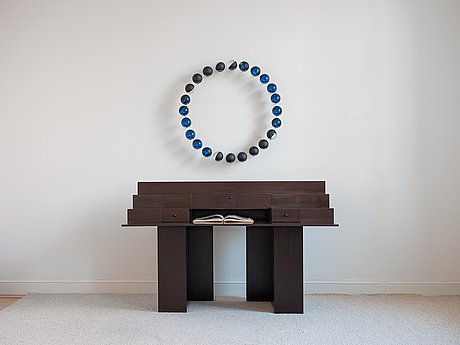 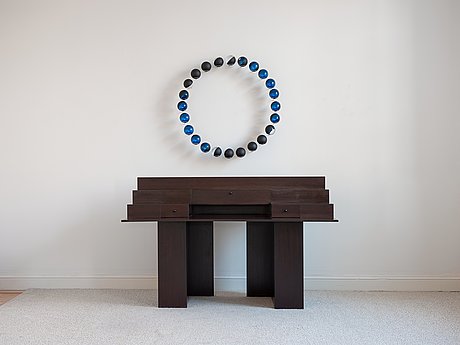 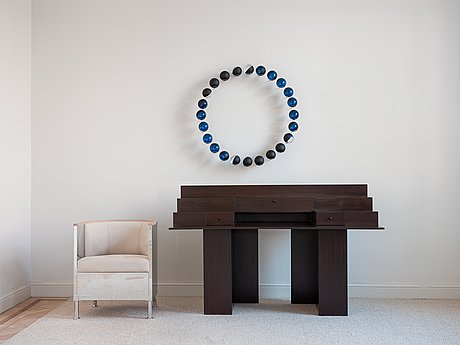 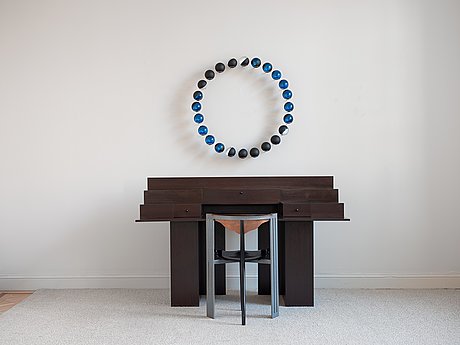 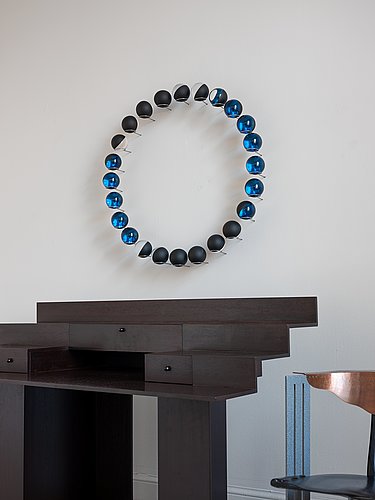 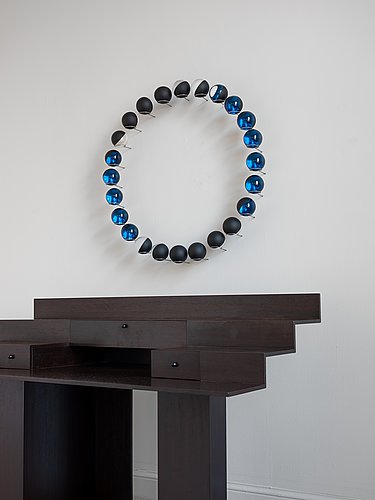 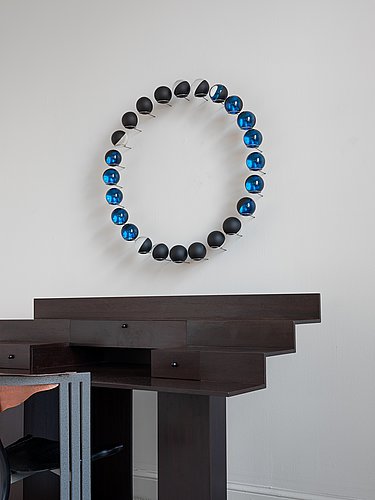 Tanya Bonakdar Gallery, New York.
Private collection, Stockholm. Acquired from the above in 2015.

Olafur Eliasson is continuously in demand internationally, with several exhibitions running in parallel. In a short space of time he has established himself as one of the most sought-after artists in the world, showing his work at, for example, Tate Modern in London, at the Guggenheim Museum in New York, and at the Venice Biennale. He will soon be presenting a solo show at the distinguished Fondation Beyeler in Basel, Switzerland.

Born in 1967 in Copenhagen to Icelandic parents, Eliasson is today working out of an enormous studio in Berlin, together with a team of around 100 people. Climate issues are close to his heart and in an artistic language, so characteristically his own, he lets us experience and question concepts of nature and the natural. In recent years he has become more politically engaged, using culture to make a difference.

Few artists have had equally large public successes as Olafur Eliasson. In his art he simulates natural phenomenon such as mist and sunlight, like for example with the artificial sunset created for the Tate Modern’s Turbine Hall, to which audiences flocked in 2003 and 2004. Eliasson’s works are intuitively simple, both in their materials and in the impression they make. The experience of the work is instant, yet behind a perceived simplicity lays highly technical advancement. In what is probably the most spectacular public artwork ever made, he had four waterfalls constructed and placed along the East River in New York. The piece, which could be experienced during a few summer months in 2008, is also the world’s most expensive public artwork to date. 2015 was the year when he exhibited at Moderna Museet in Stockholm. The year before he had had a major exhibition at Louisiana in Denmark entitled Riverbed, in which he literally moved Icelandic nature into the museum spaces.

Eliasson’s focus is, however, not just on the large-scale and the grand. His profound interest in combining art and science has for Eliasson been channelled, through his work with the engineer Frederik Ottesen, into the solar-powered lamps Little Sun. These small, bright yellow lamps are like exclamation marks testifying to the possibility of art to break through the frame and turn ingrained perspectives upside down. There is a strong passion for social justice in Eliasson’s production, as well as the belief that art is capable of contributing to real change. The solar-powered lamps have been distributed to 1,2 million students, refugees, teachers and relief workers who have no access to electricity.

Circles and spheres are consistent elements in Eliasson’s artistic practice. The piece in the auction, entitled Your blue expectations, is unique and consists of twenty-four partly chrome-covered crystal spheres in black and blue. Placed in a circle, each sphere is angled on its axis at about sixty degrees and rotated slightly in relation to the others. The clear-blue hemispheres turn to face the viewer and then away again. The artwork is optical, as multiple reflections of the viewer and the space shift depending on the light and the viewer’s position.

Strikingly simple and singular at the same time, Eliasson’s work is about making us see, feel and think one step further. There is a weight and a beauty to his practice that places art in a special world where aesthetics and science form a wonderful alliance. The ideas are advanced, but the results are simple and playful. Olafur Eliasson is one of the most significant artists of our time. He is both innovative and provocatively effortless. At the same time he addresses, in a sophisticated manner, humanity’s most basic existence – in our bodies and in our world.