No connection to server
We use cookies to provide the best possible customer experience. If you continue you accept this use of cookies. Go here to read more.
OK
Modern Art + Design 632 Stockholm626628
627
1294821 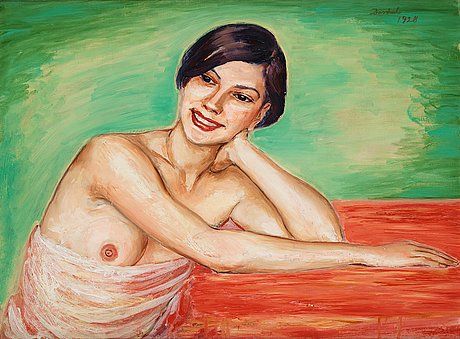 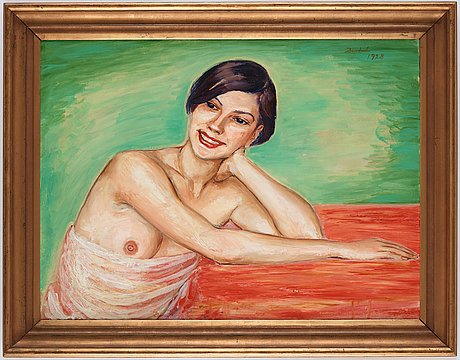 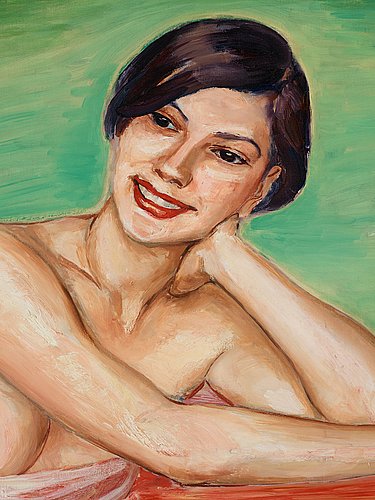 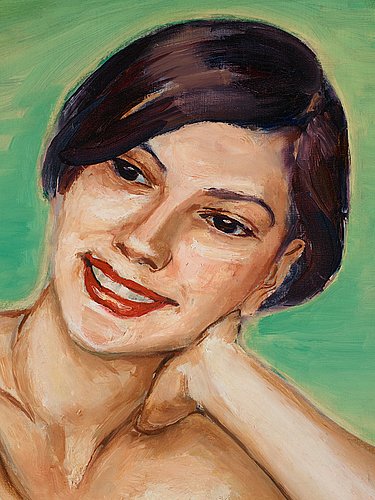 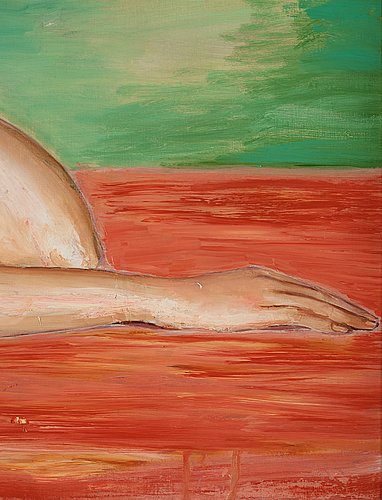 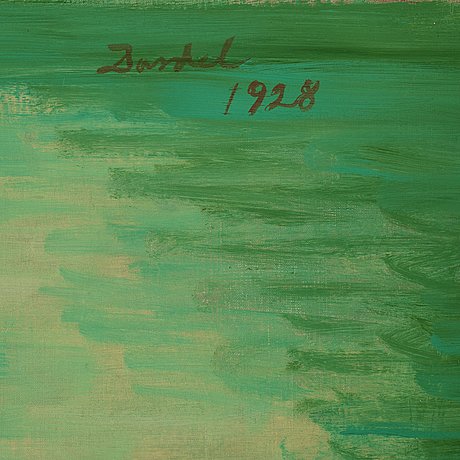 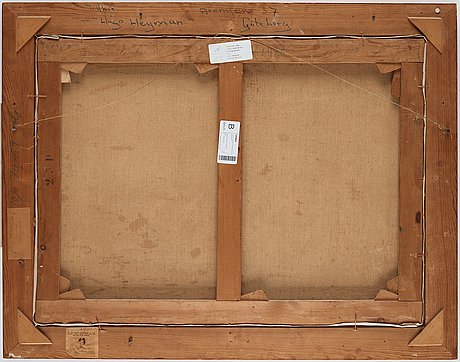 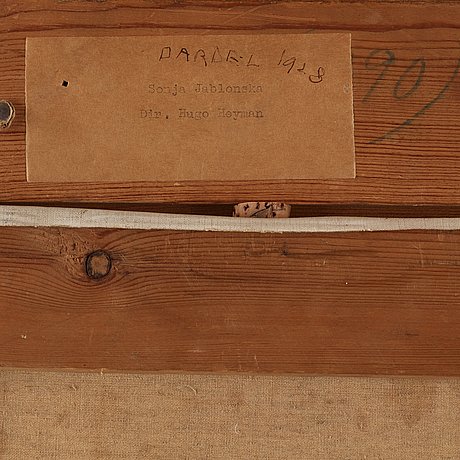 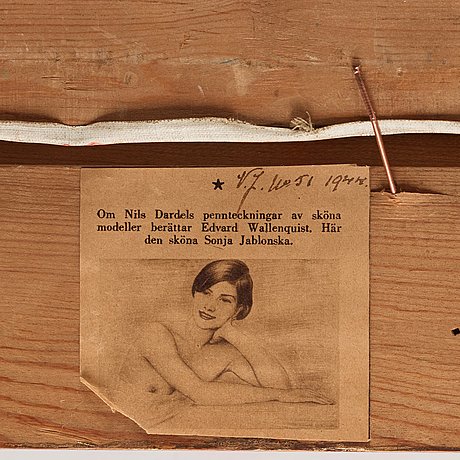 Between 1919-1932, Nils Dardel rented an apartment and studio on Rue Lepic 108 in Paris. The space functioned not only as a studio but also as a meeting place for Nils and Thora Dardel's friends. Interesting cultural personalities, artists, writers, and models where frequent guests.
Sonja Jablonska was Ukrainian and not a central figure in Nils and Thora's circle of friends, however, it appears from Thora's own writings that she thought highly of her, which was not common when it came to Nils' models.
Sonja is portrayed in a liberated pose with one breast exposed. She has a fashionable, dark short-cut page and looks like a "garçonne girl" typical of the 1920s. She leans relaxed over the table and looks at the artist with a sensual and amused look. Dardel liked to portray strong and confident women and in his oeuvre, there are several examples like with models depicted naturalistic with distinguished features. Sonja looks strong and is portrayed against Dardel's typical contrasting colors; bright green and orange.