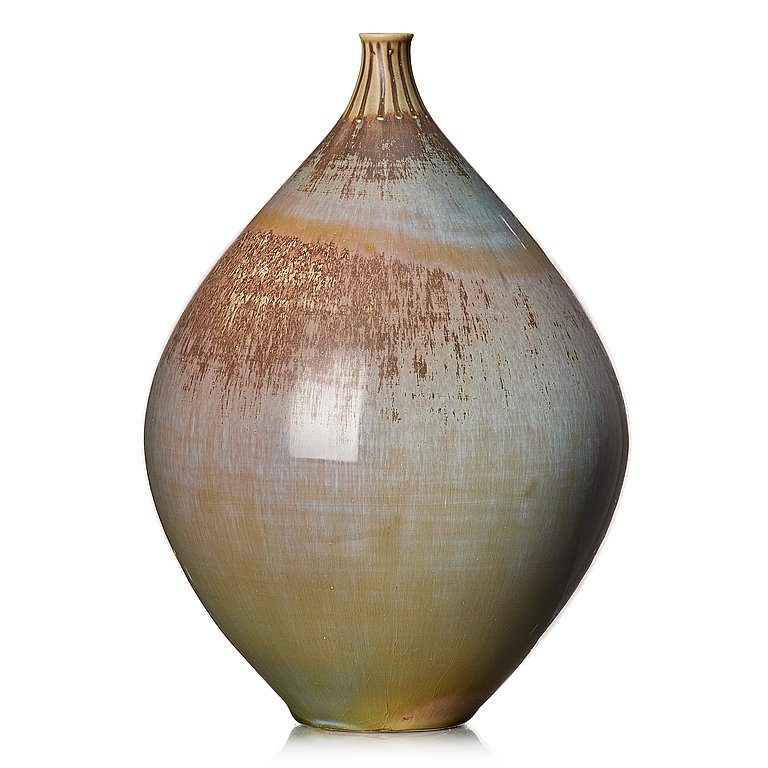 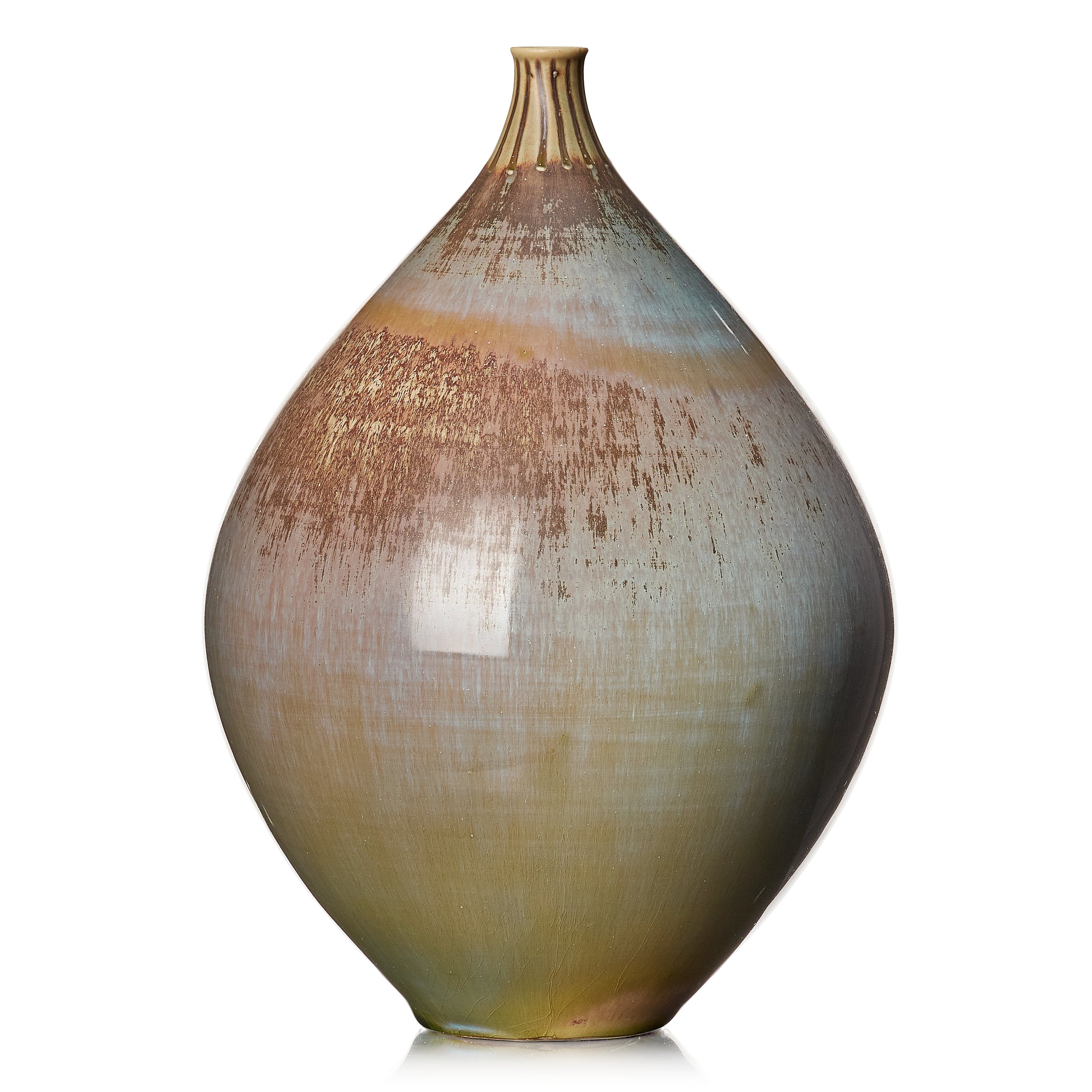 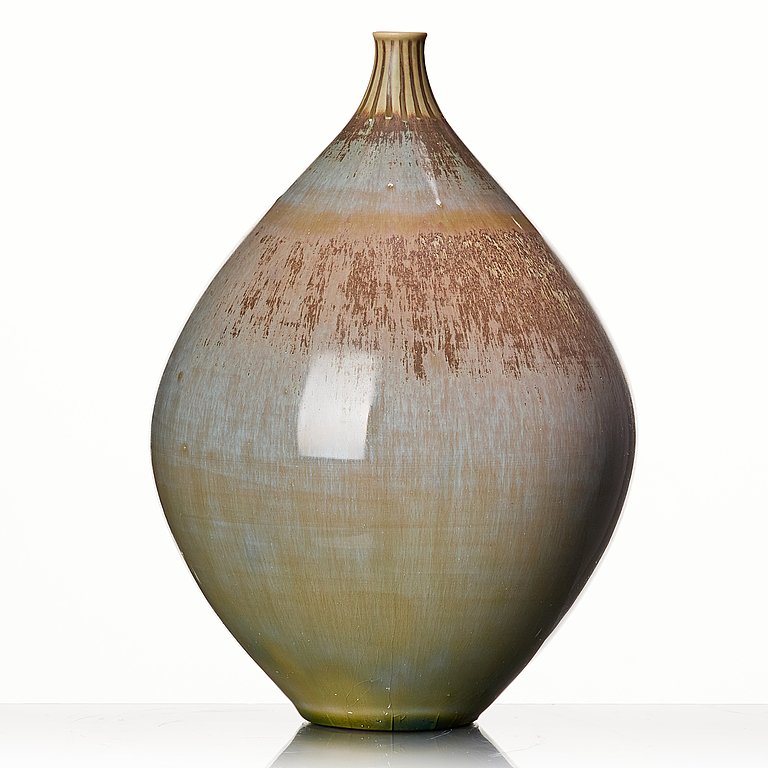 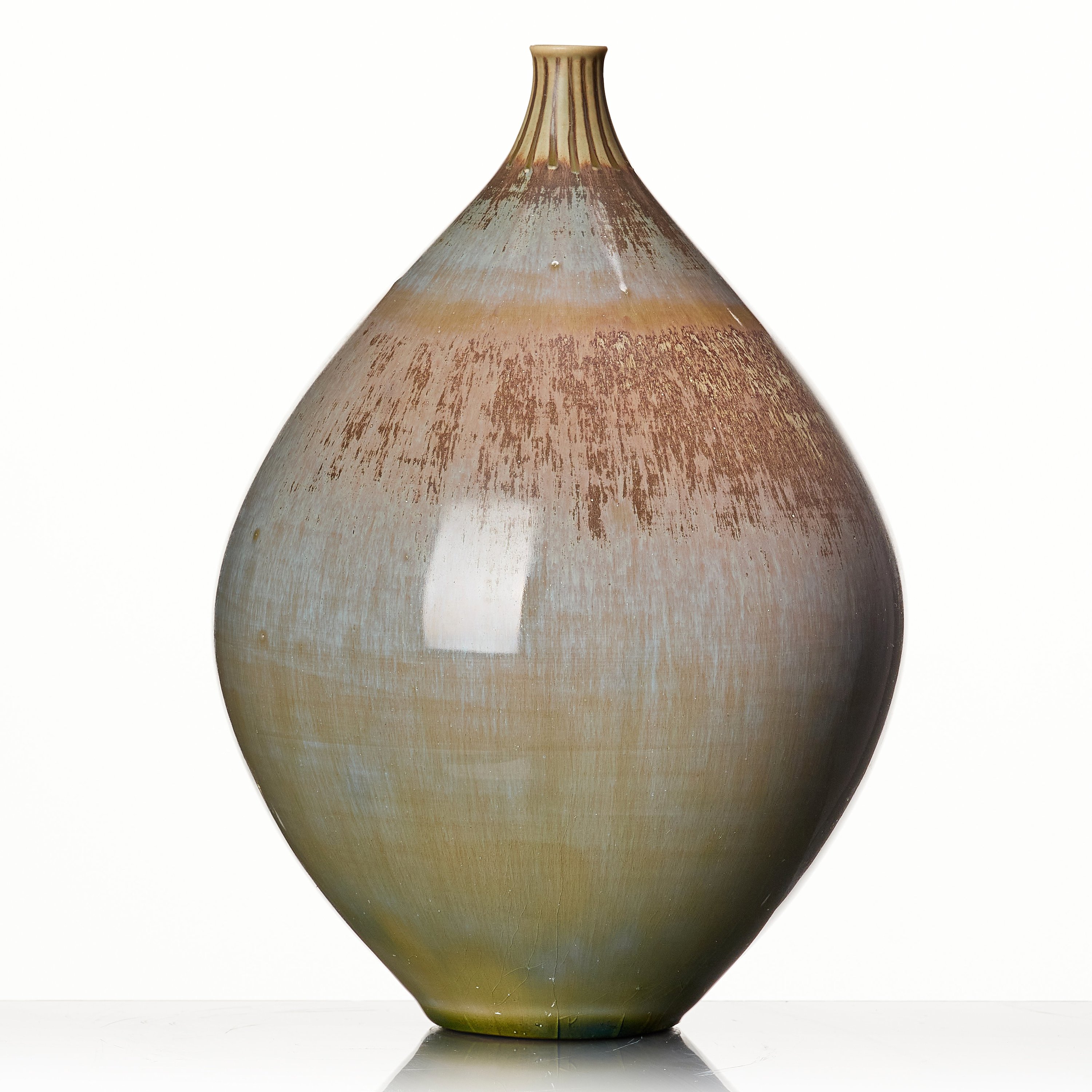 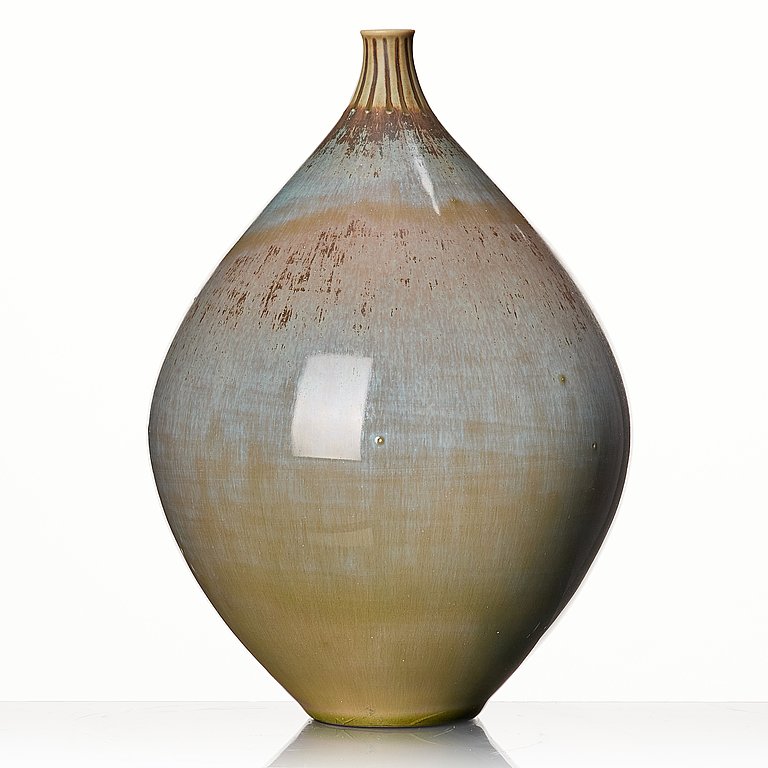 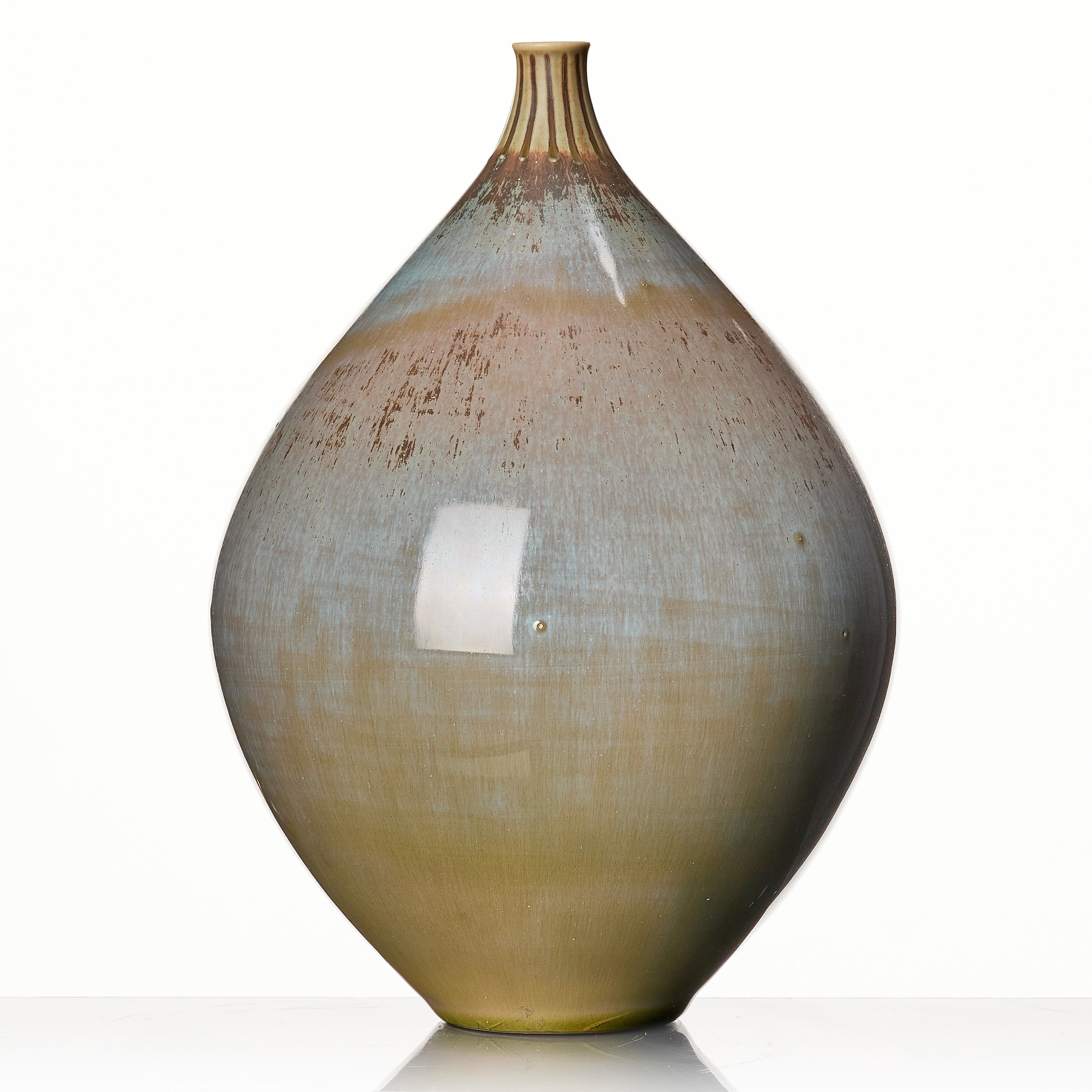 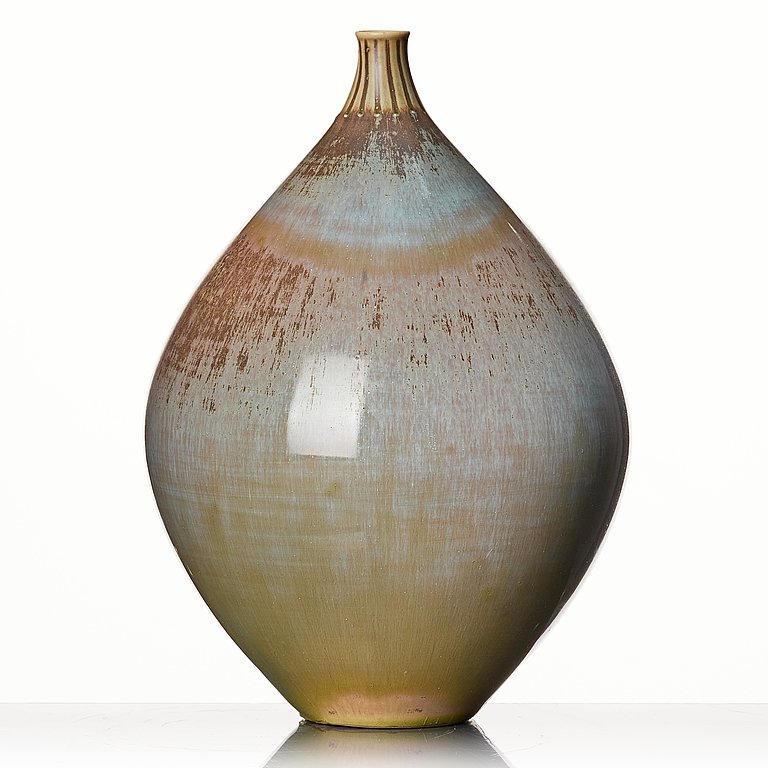 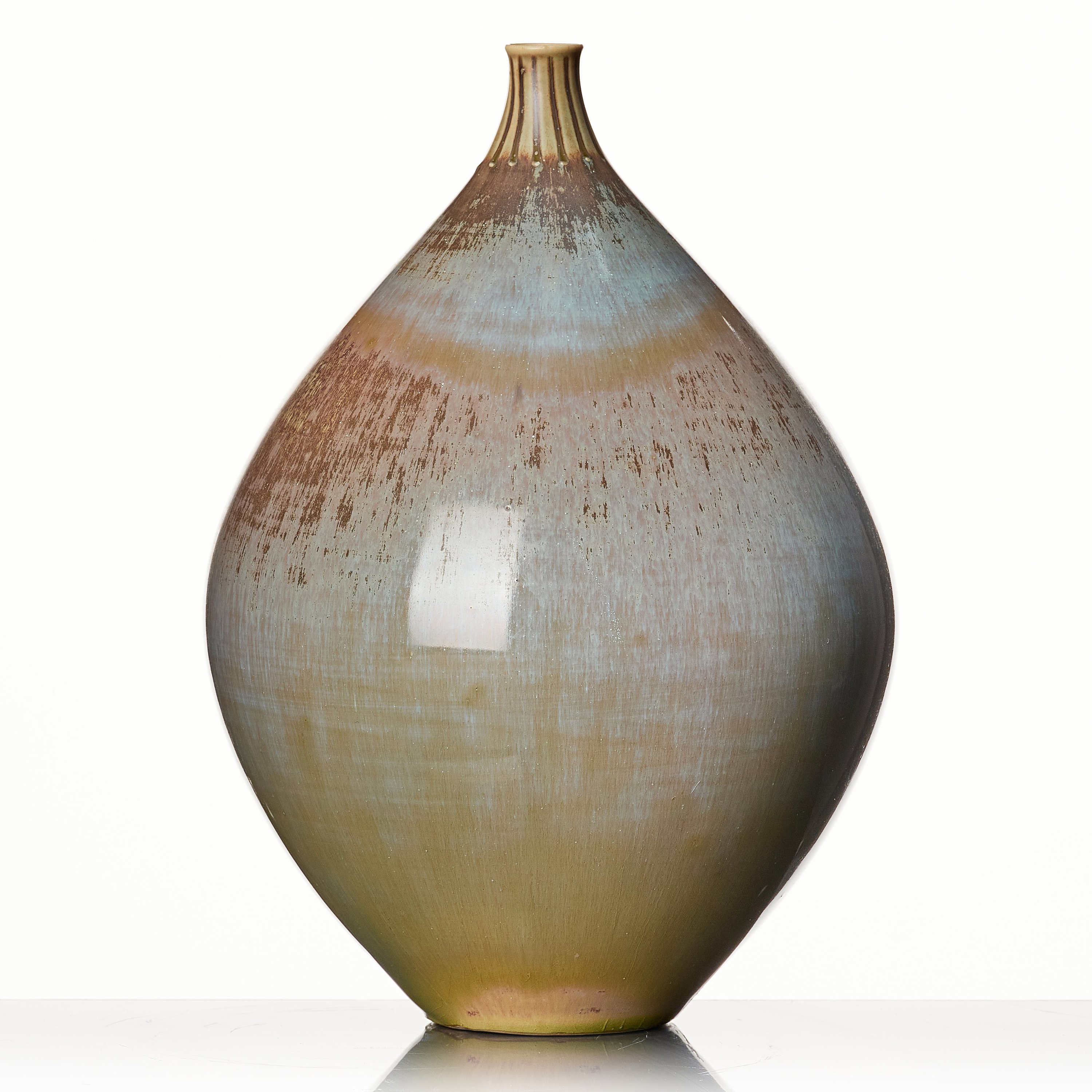 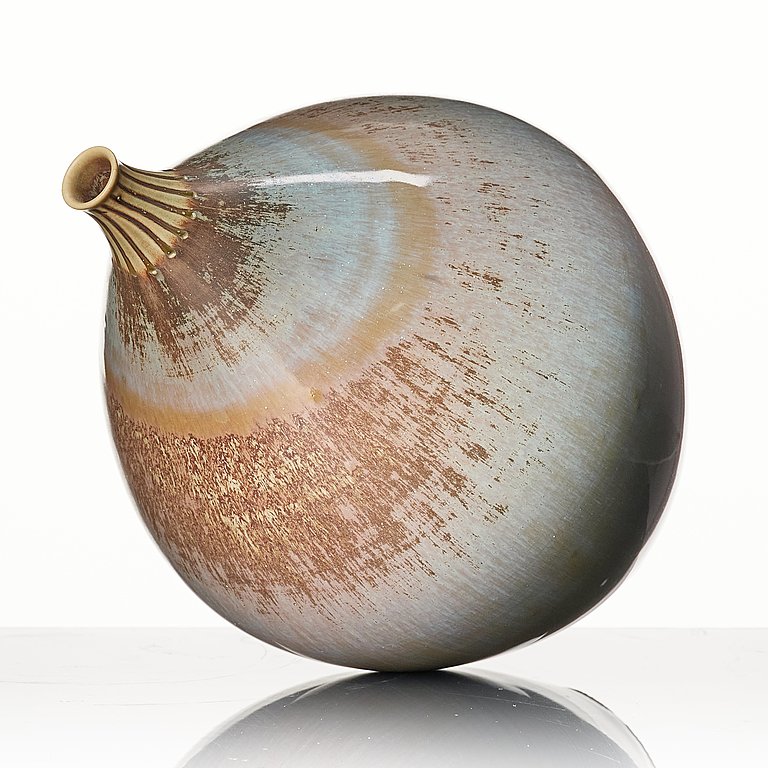 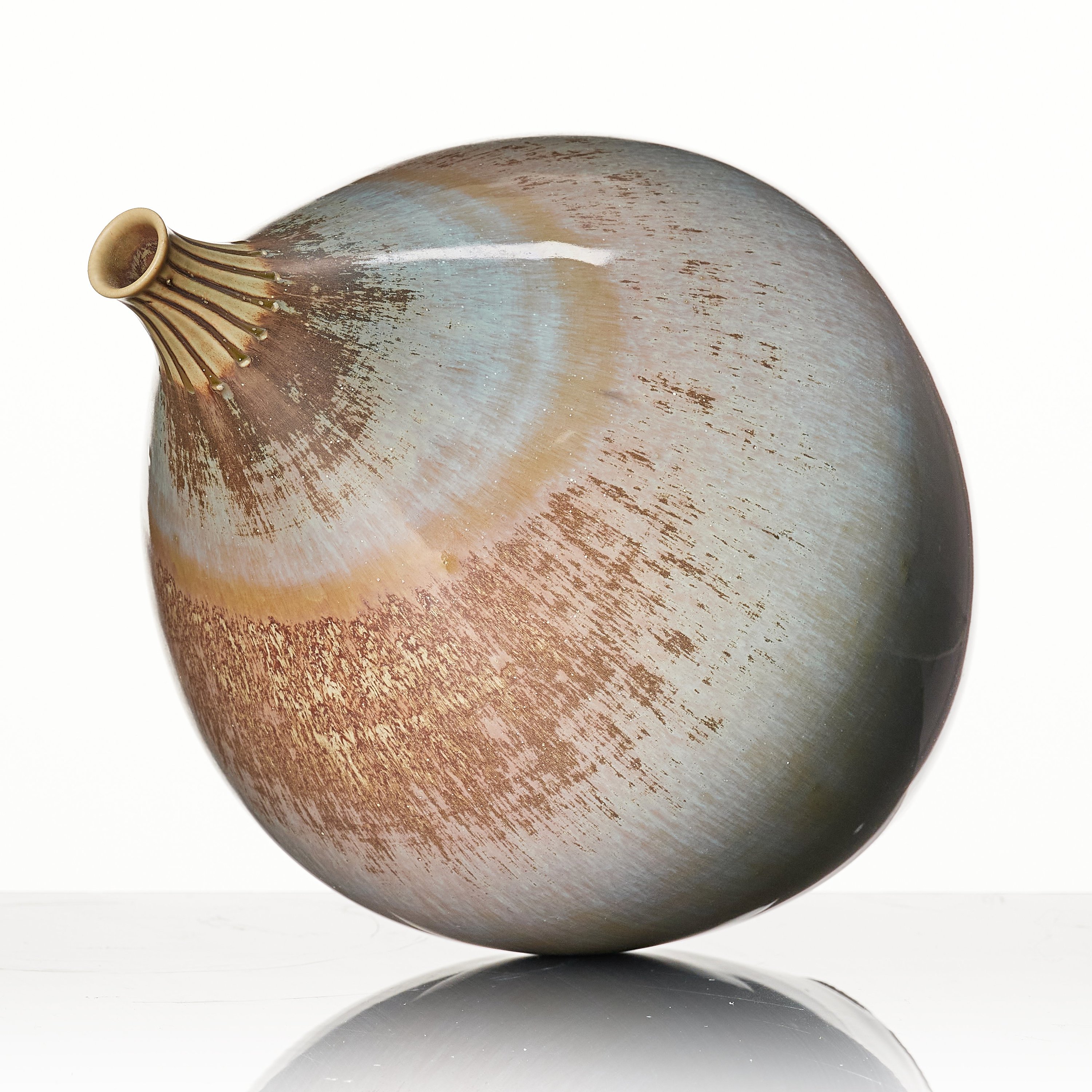 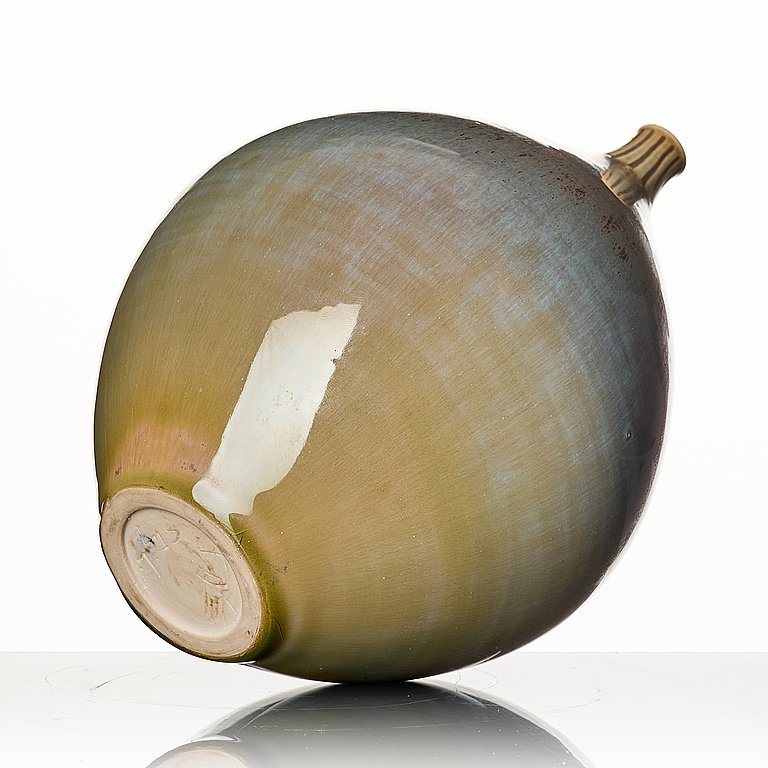 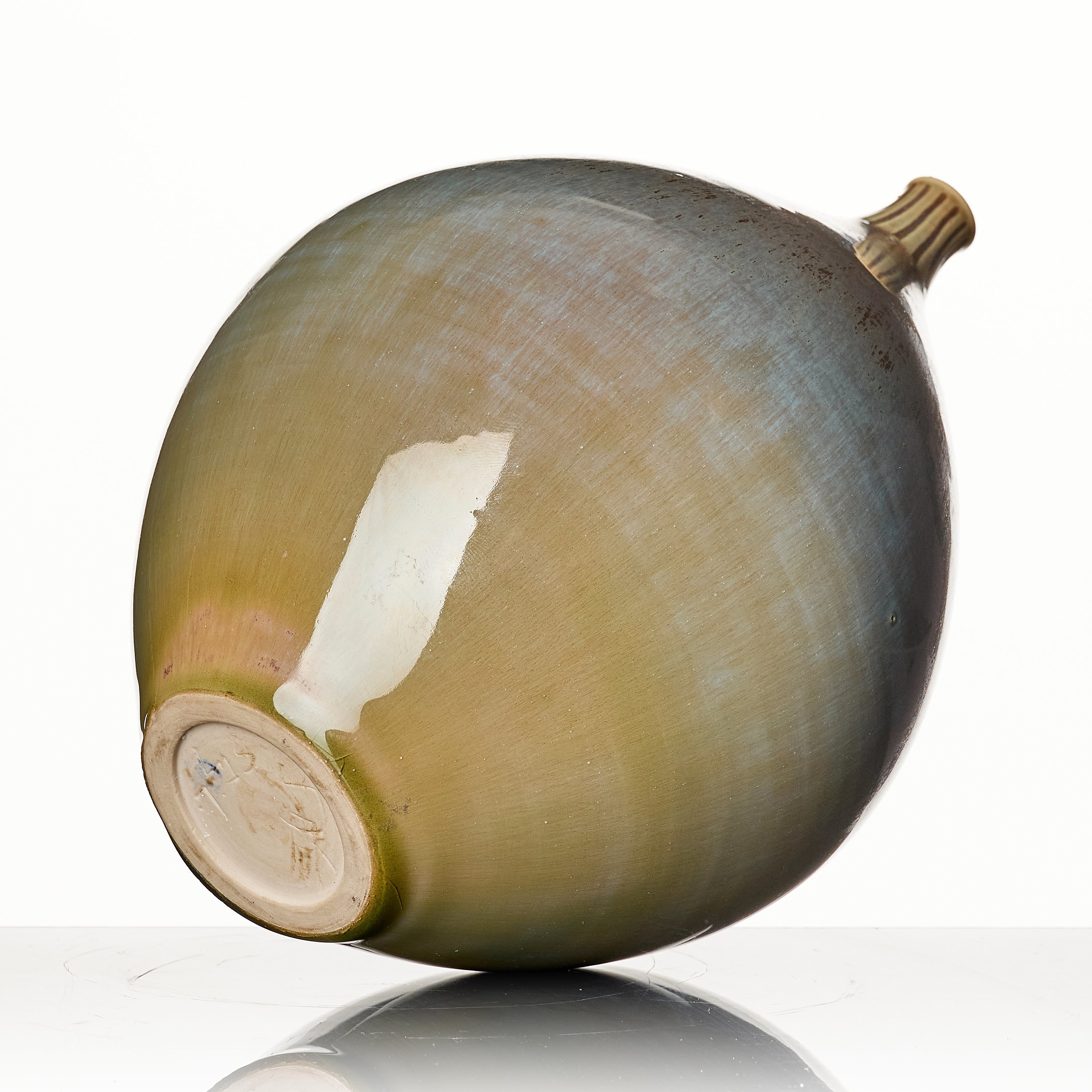 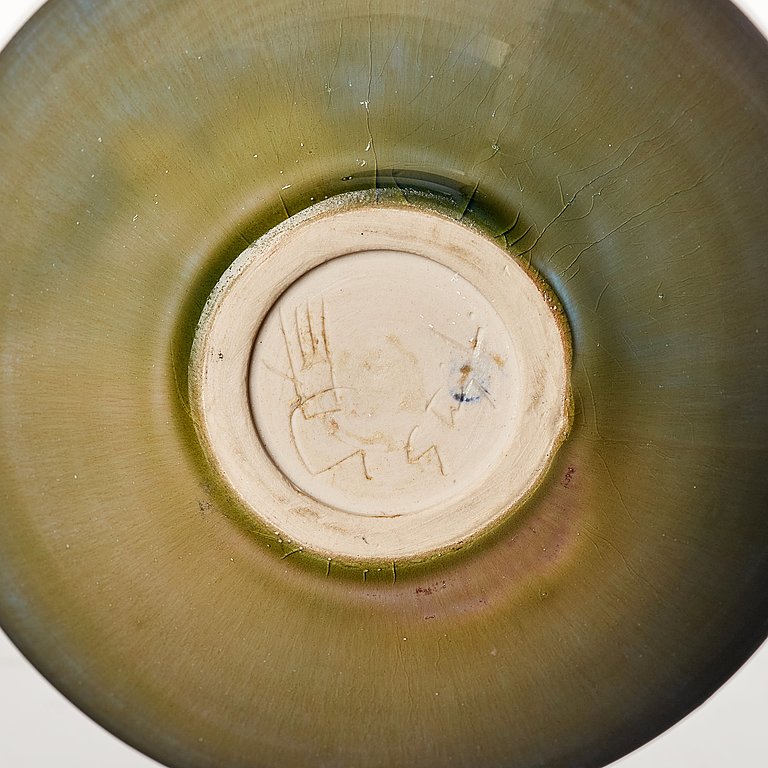 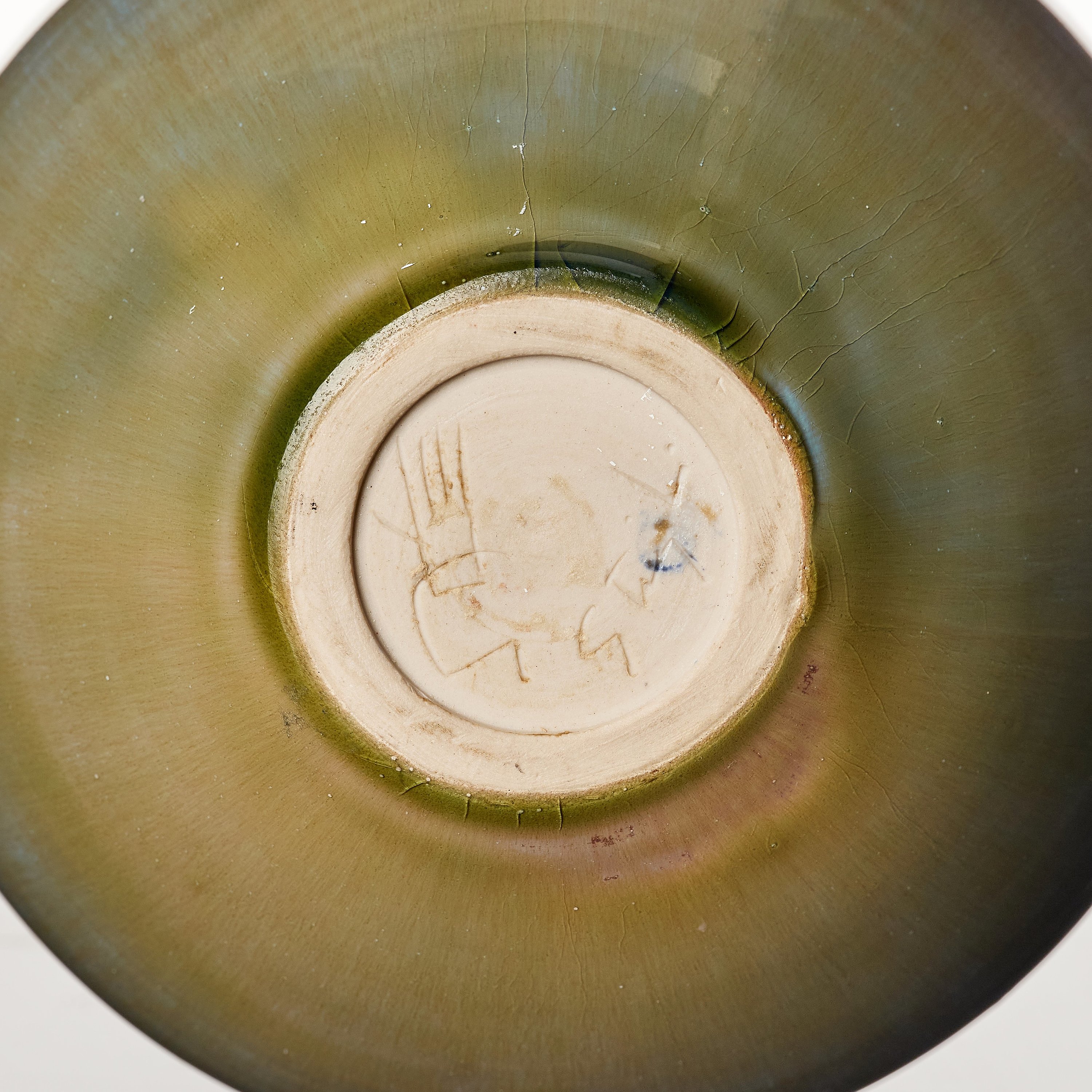 Glazed in blue/grey, green and beige hues, the mouth with vertical stripes in relief, signed Stig L with the studio mark, height 20 cm.

Minor glaze cracks by the base.