No connection to server
We use cookies to provide the best possible customer experience. If you continue you accept this use of cookies. Go here to read more.
OK
Important Winter Sale 645 Stockholm823825
824
1411374 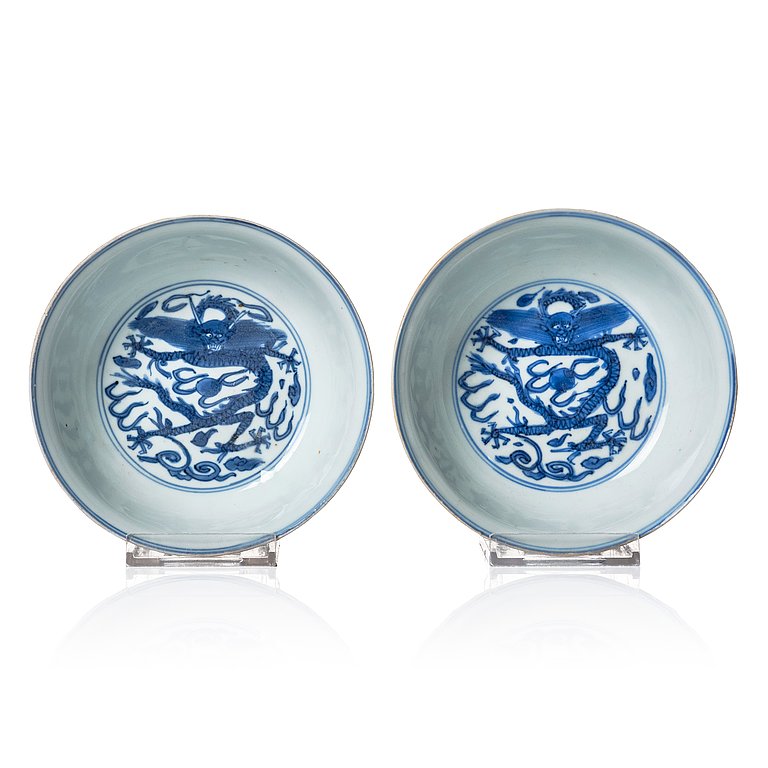 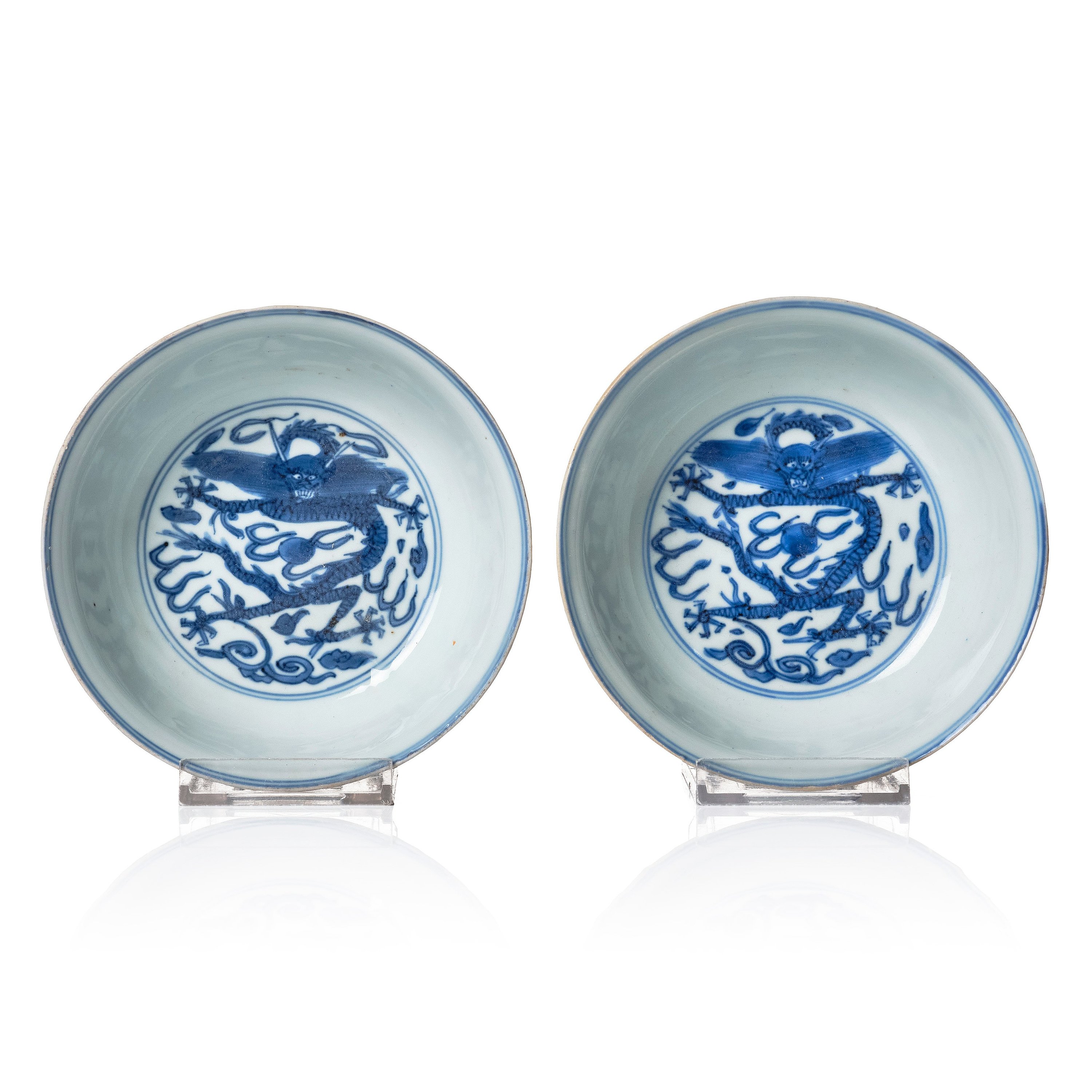 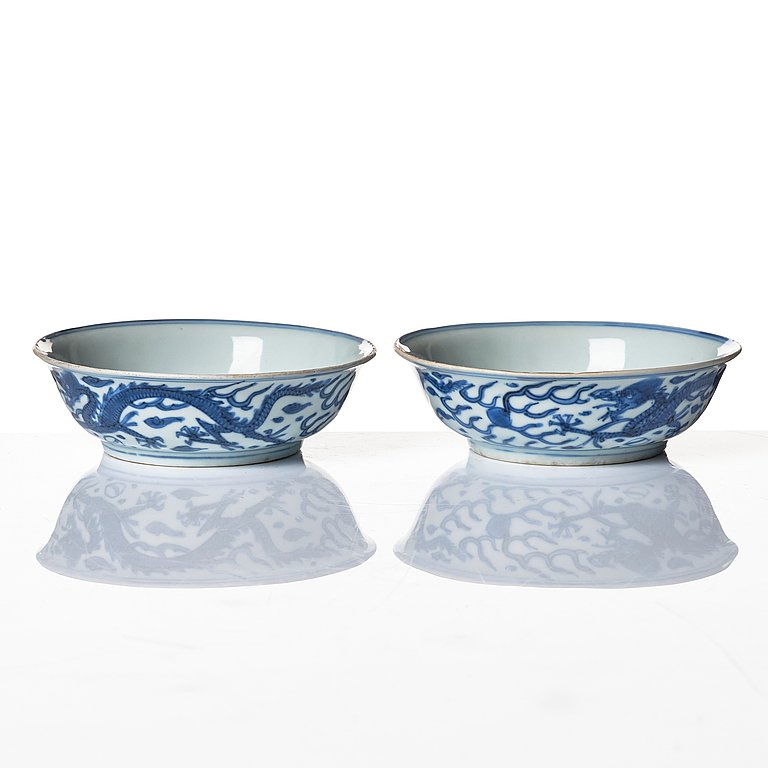 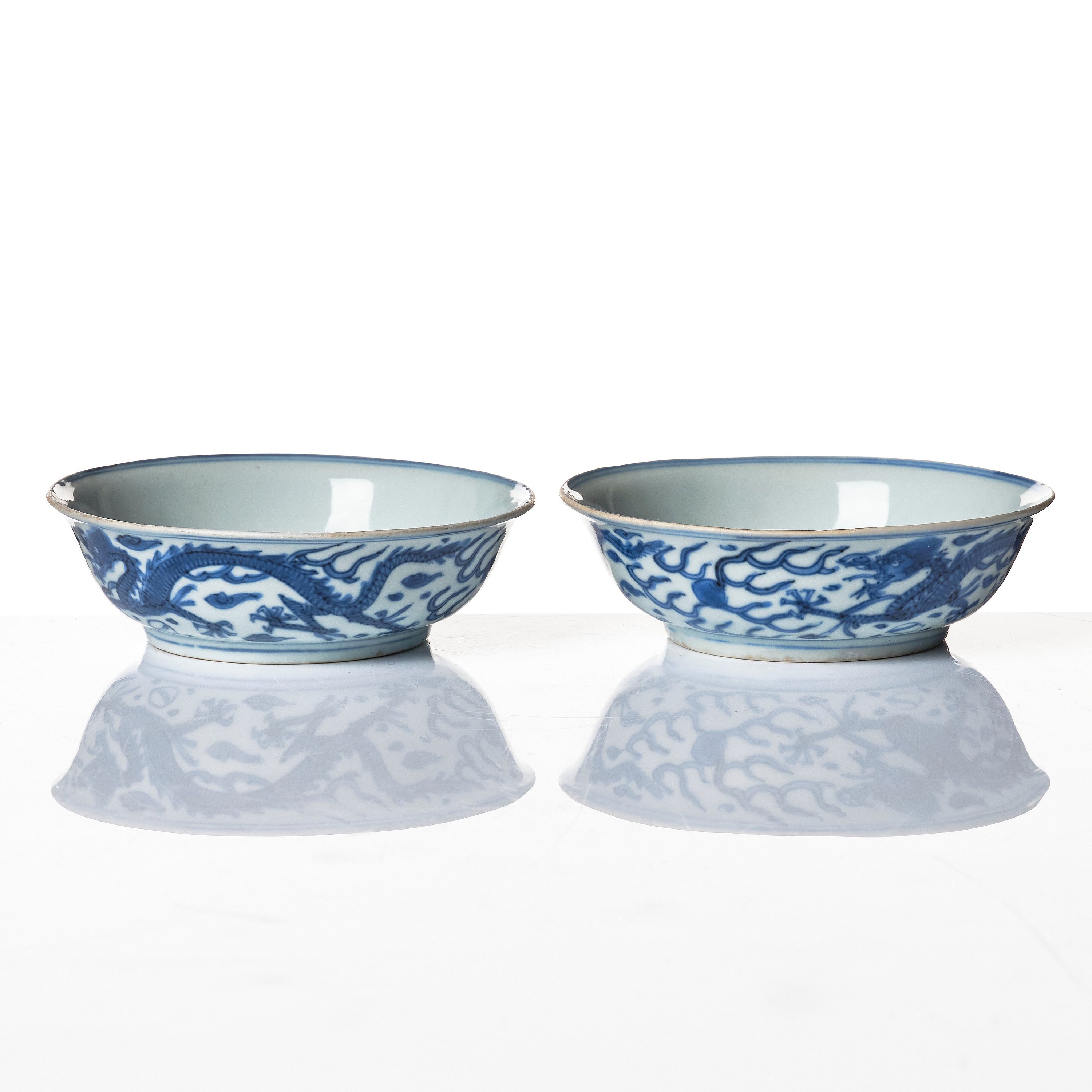 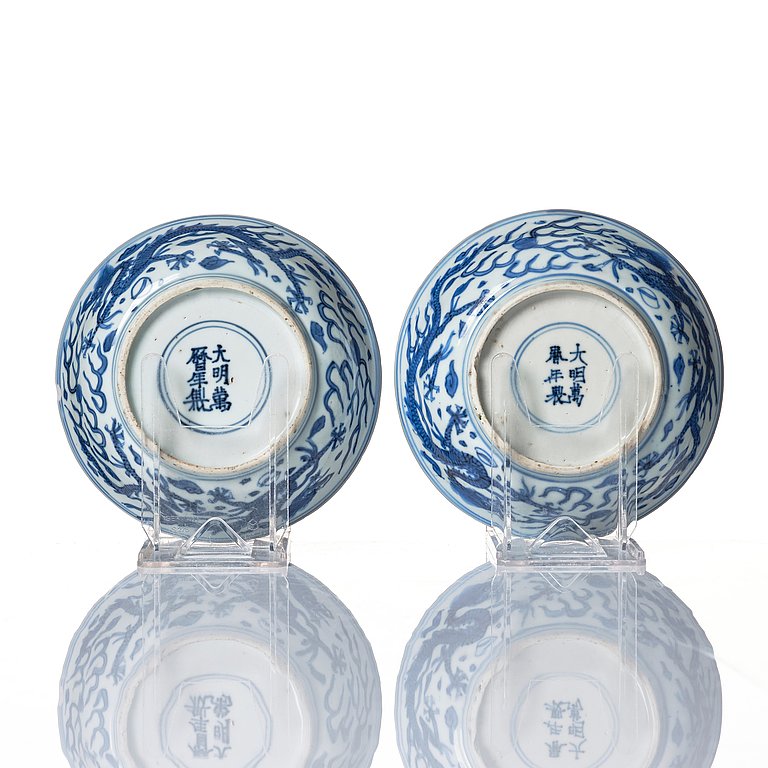 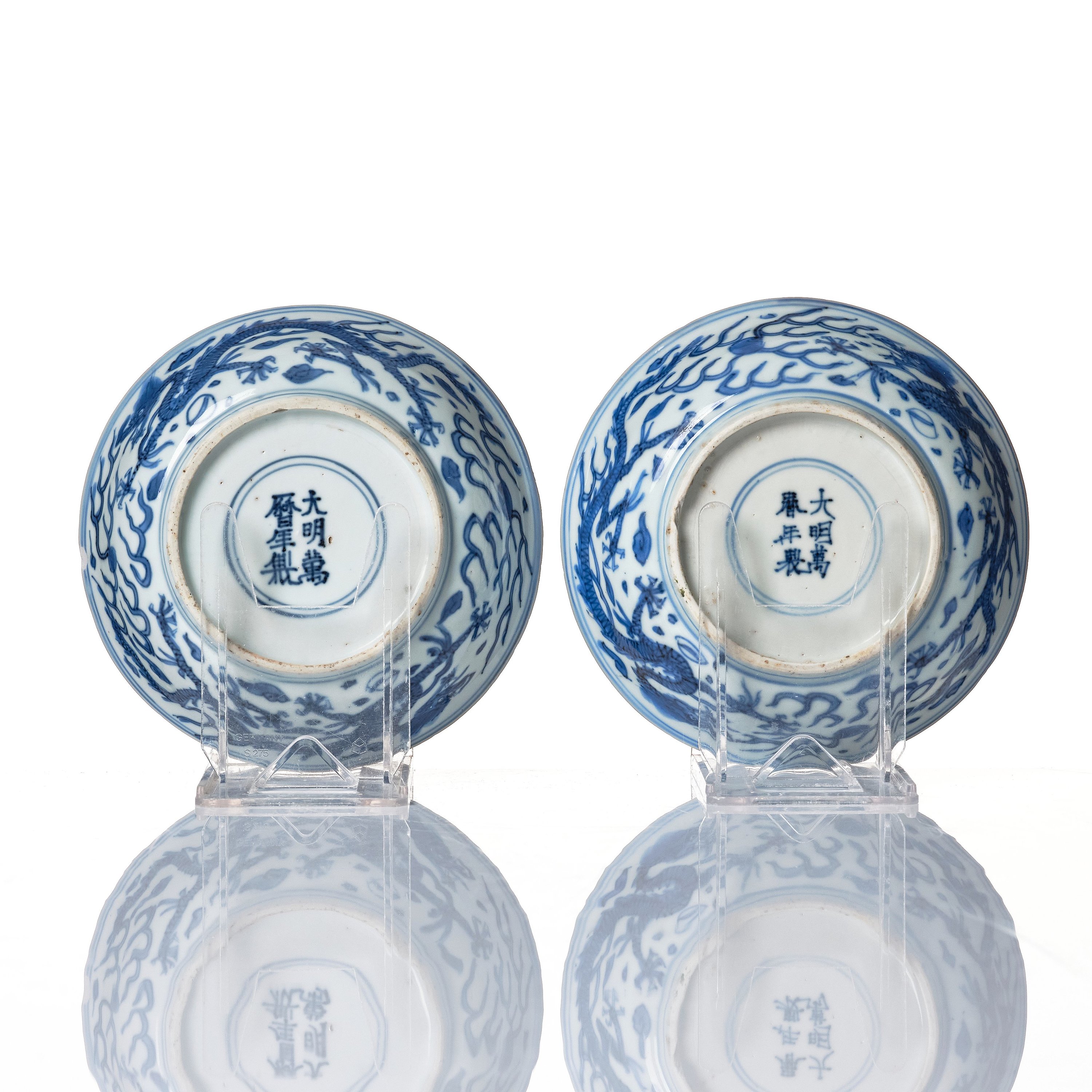 The shallow rounded sides rising from a tapering foot to a flaring rim, painted to the interior in vivid cobalt-blue tones with fierce five clawed dragon chasing the flaming pearl amidst cloud formations, the exterior with a pair of sinuous dragons in pursuit of flaming pearl amid cloud scrolls, inscribed to the base with a six-character Wanli mark within a double circle. Diameter approx. 14 cm.