No connection to server
We use cookies to provide the best possible customer experience. If you continue you accept this use of cookies. Go here to read more.
OK
Important Winter Sale 645 Stockholm851853
852
1411339 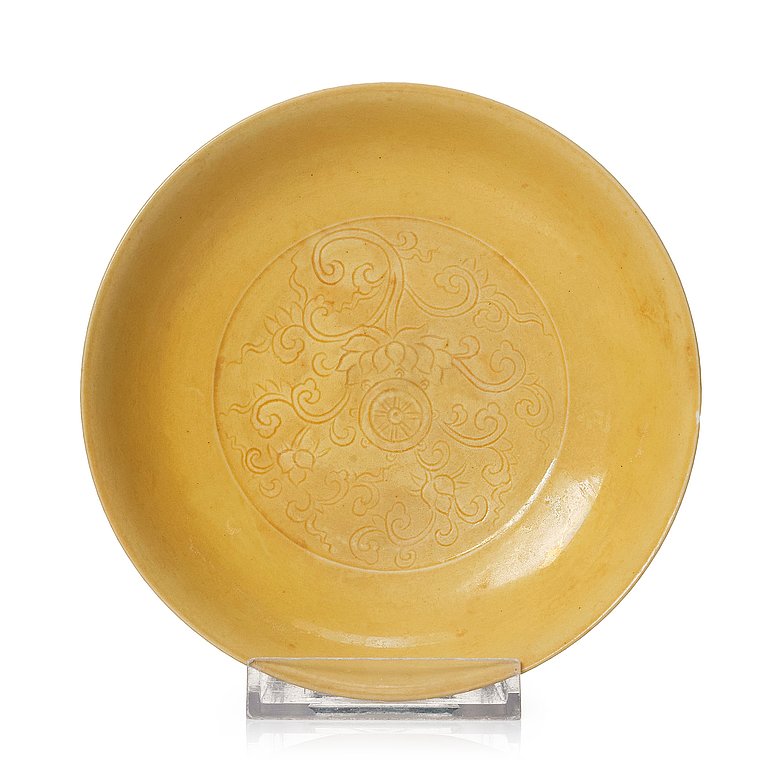 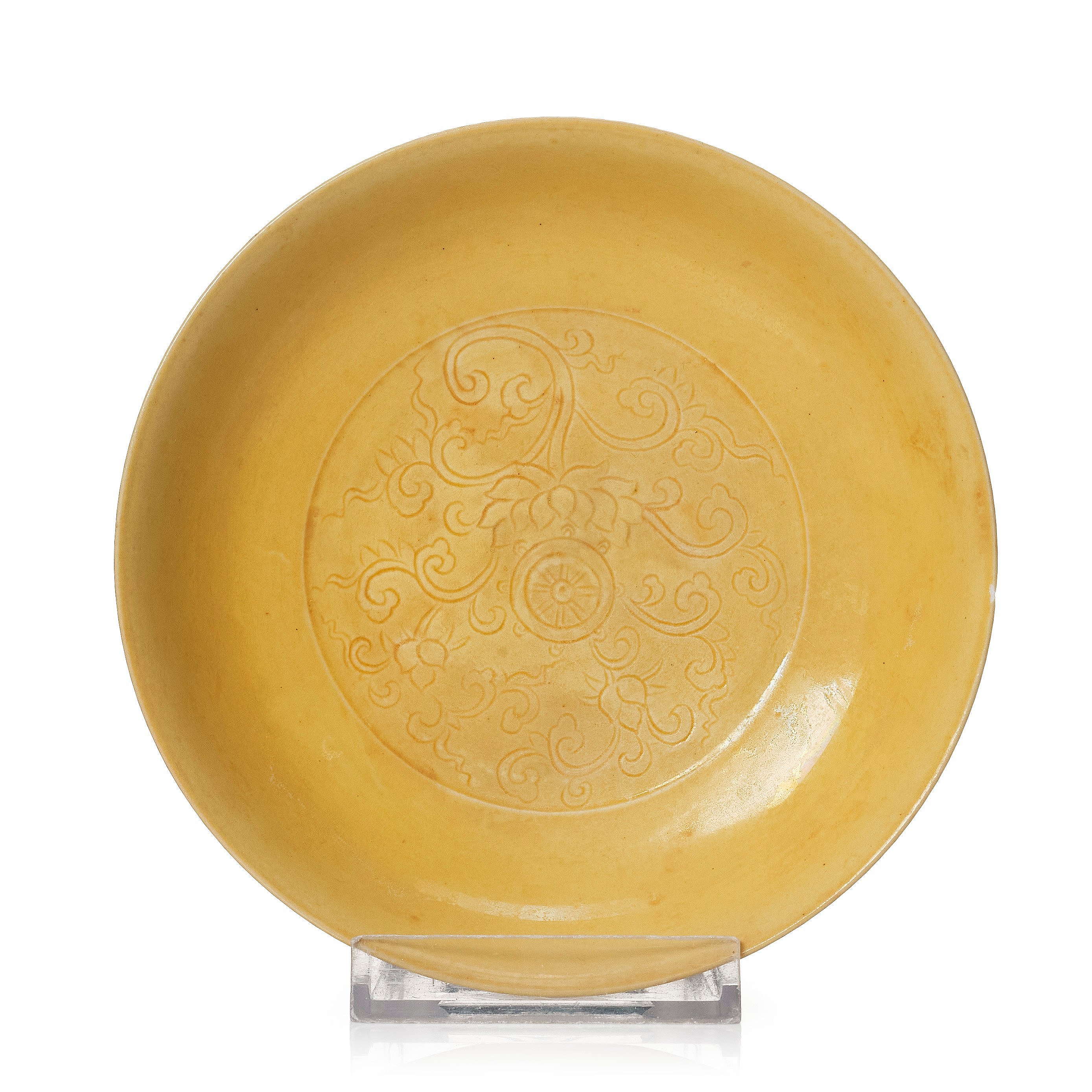 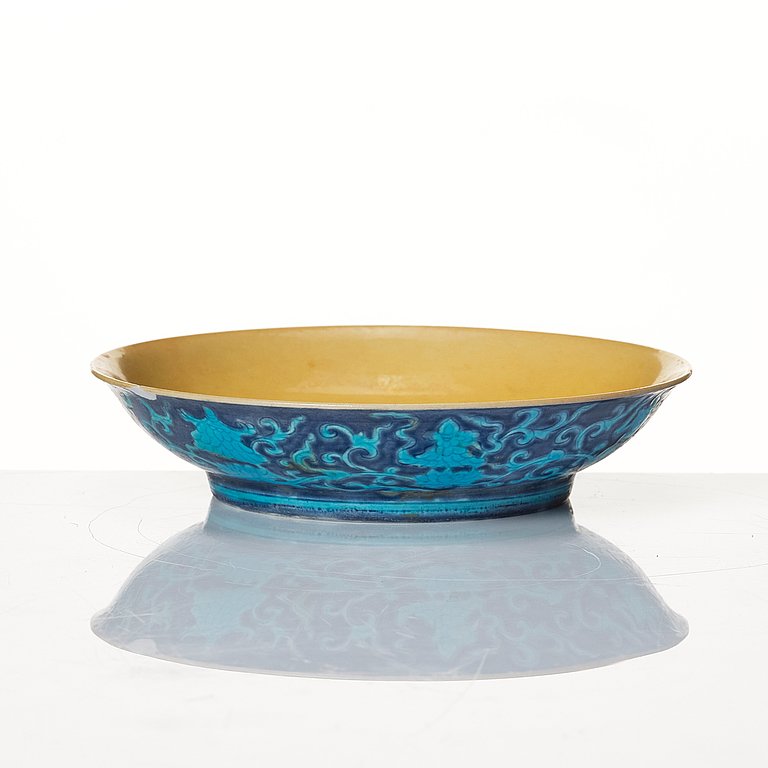 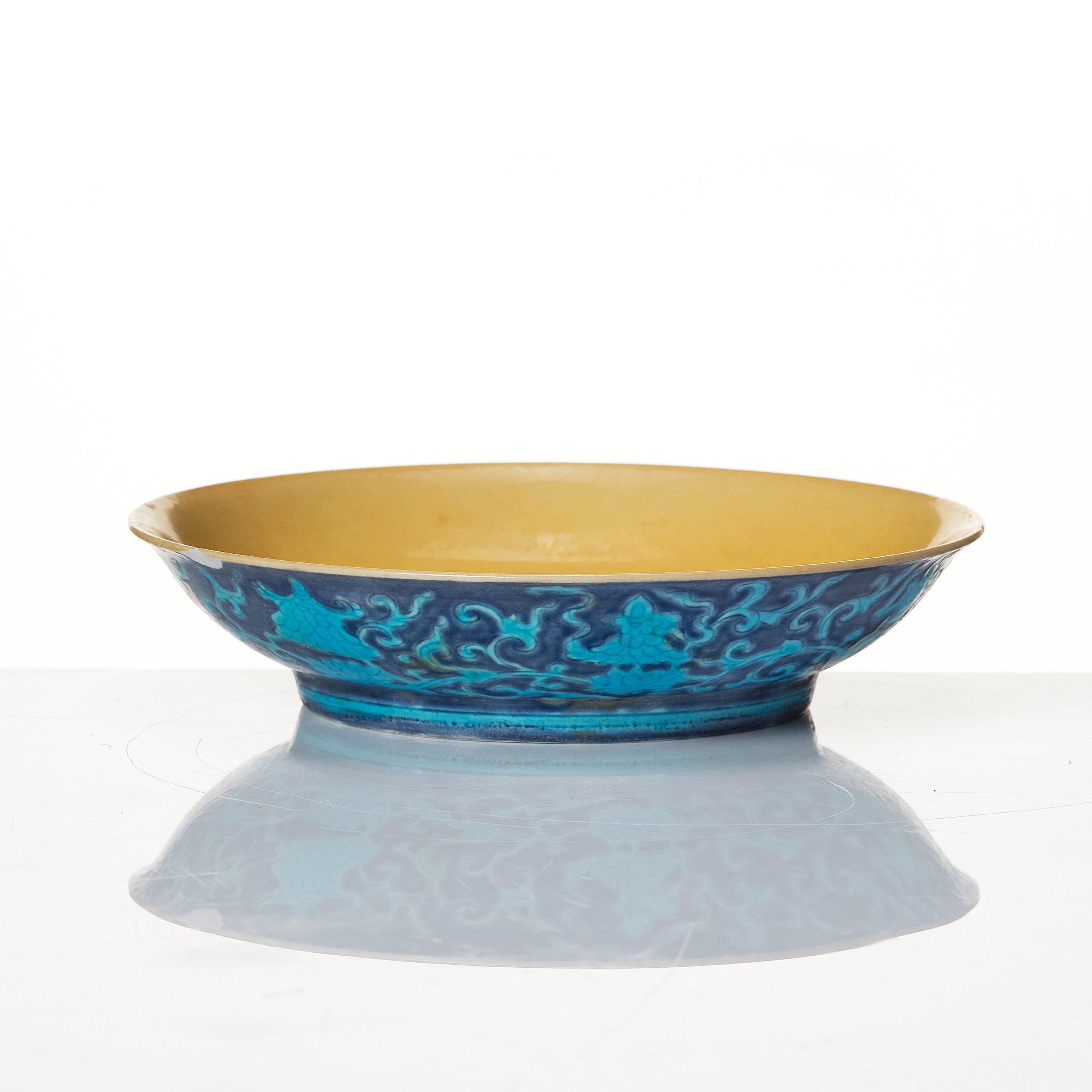 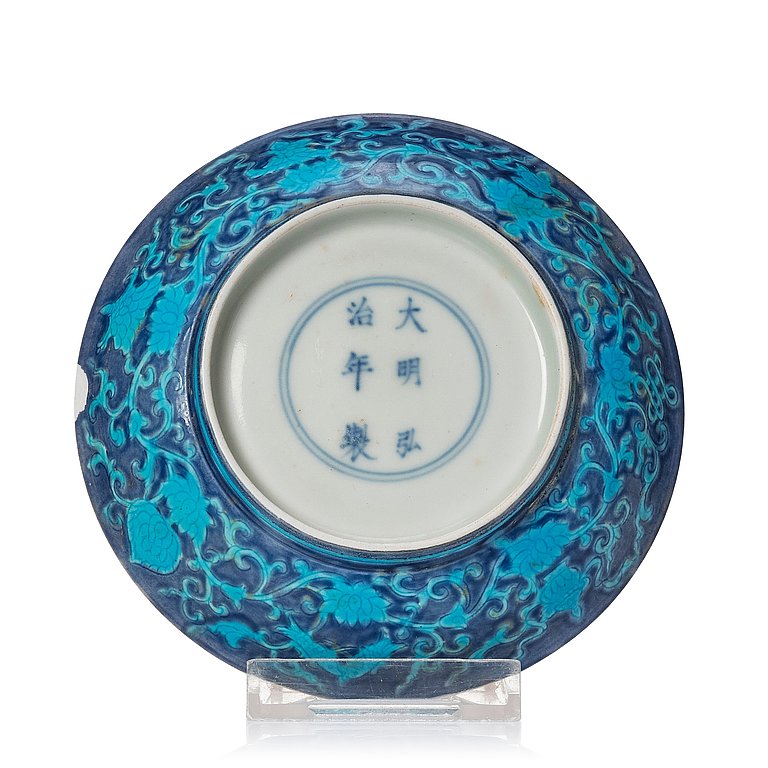 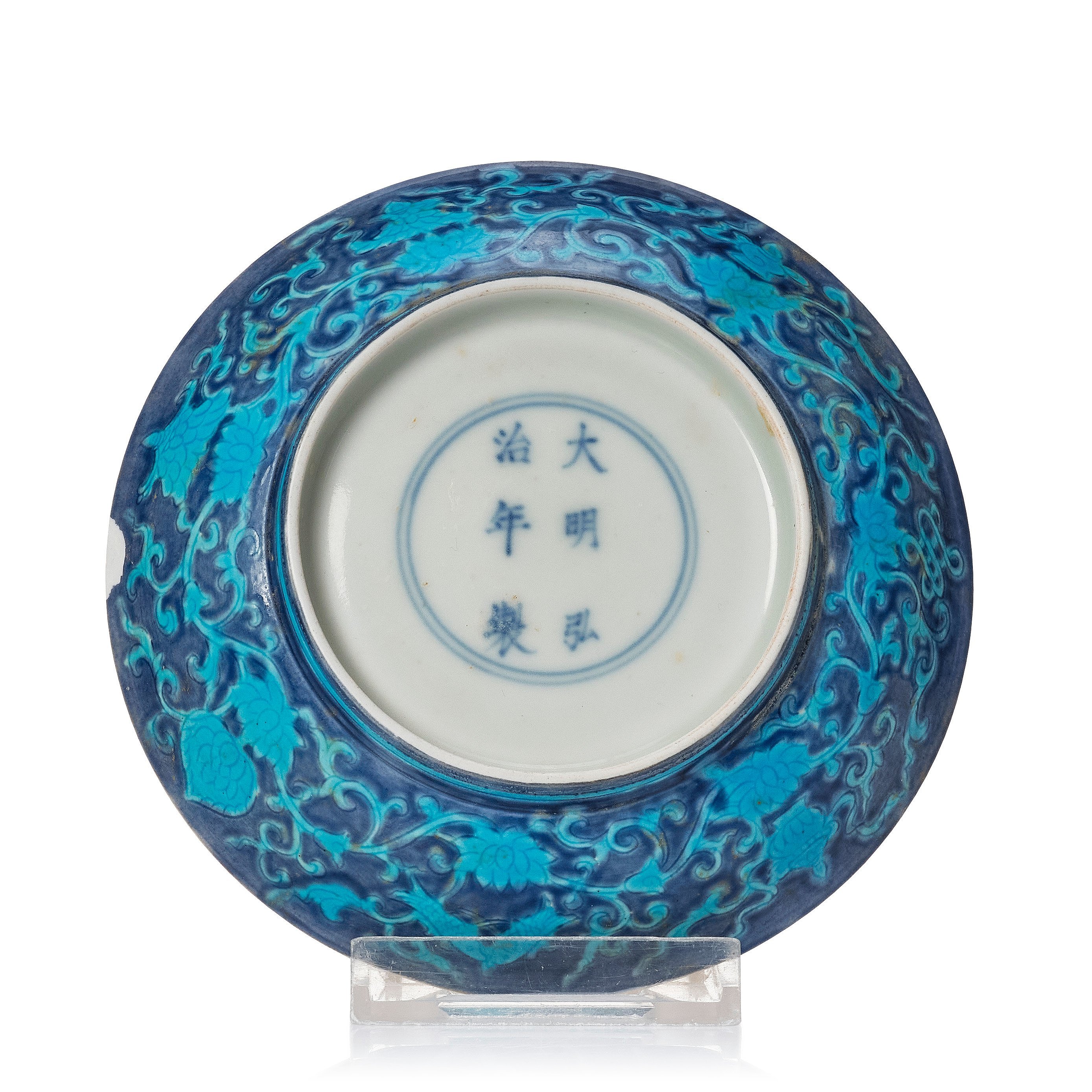 Delicately potted with a short tapering foot rising to rounded sides and a gently flaring rim, the interior decorated with a lotus scroll with a wheel in the center, the exterior covered with a brilliant turquoise and blue glaze applied to the biscuit, in a continuous lotus scroll pattern with emblems. The white-glazed base inscribed in underglaze blue with Hongzhis six-character reign mark within a double circle. Diameter 13.5 cm.