No connection to server
We use cookies to provide the best possible customer experience. If you continue you accept this use of cookies. Go here to read more.
OK
Important Winter Sale 645 Stockholm921923
922
1437100 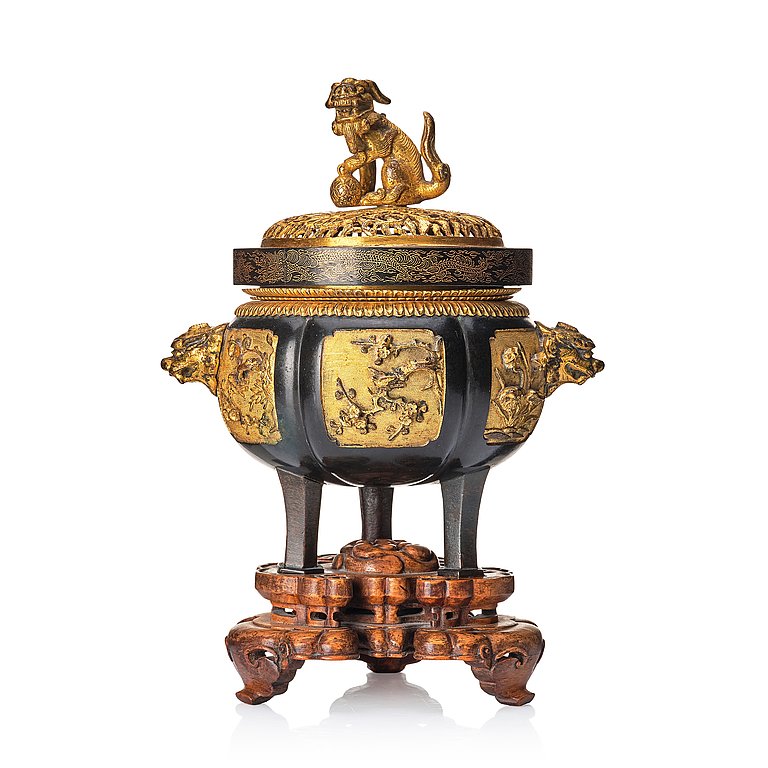 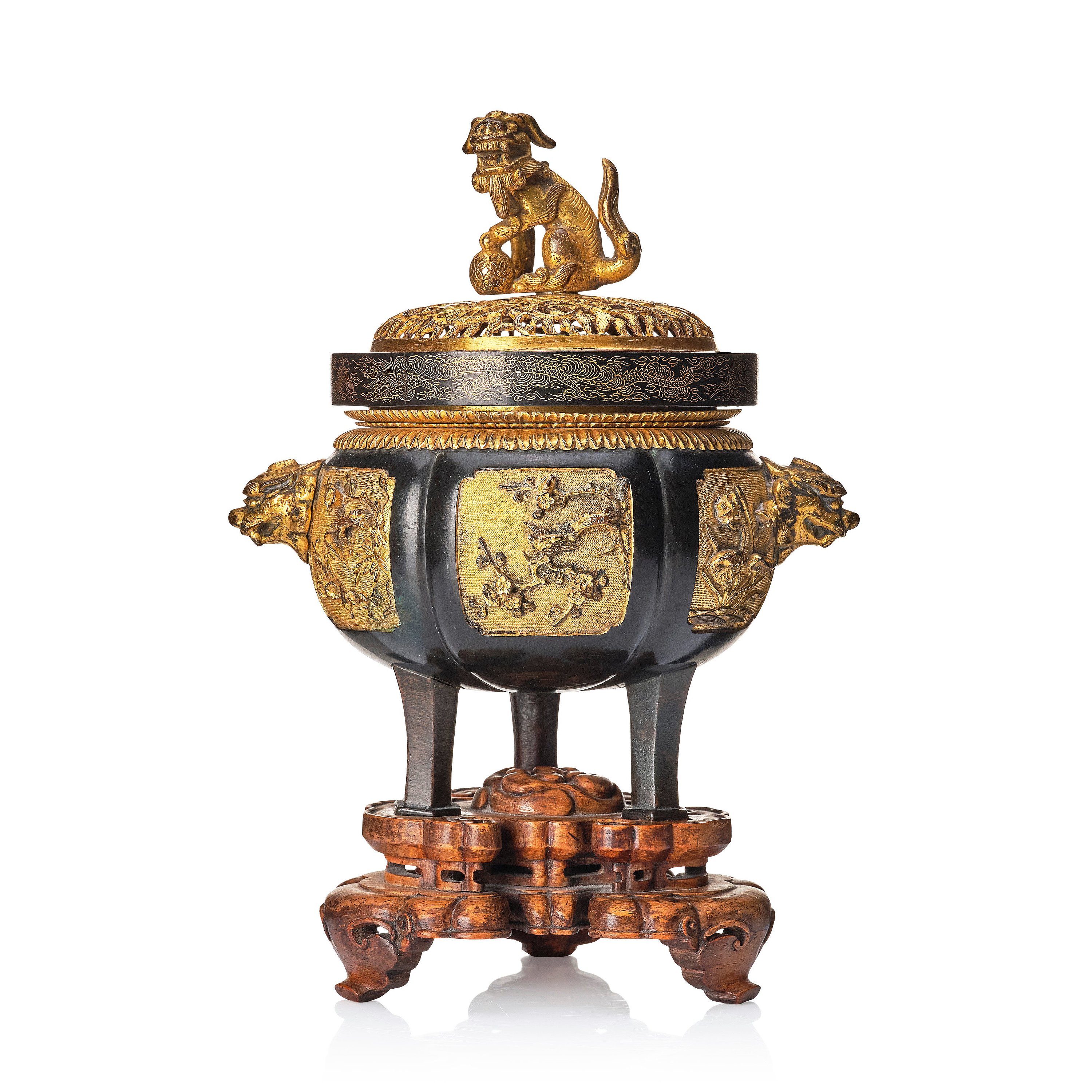 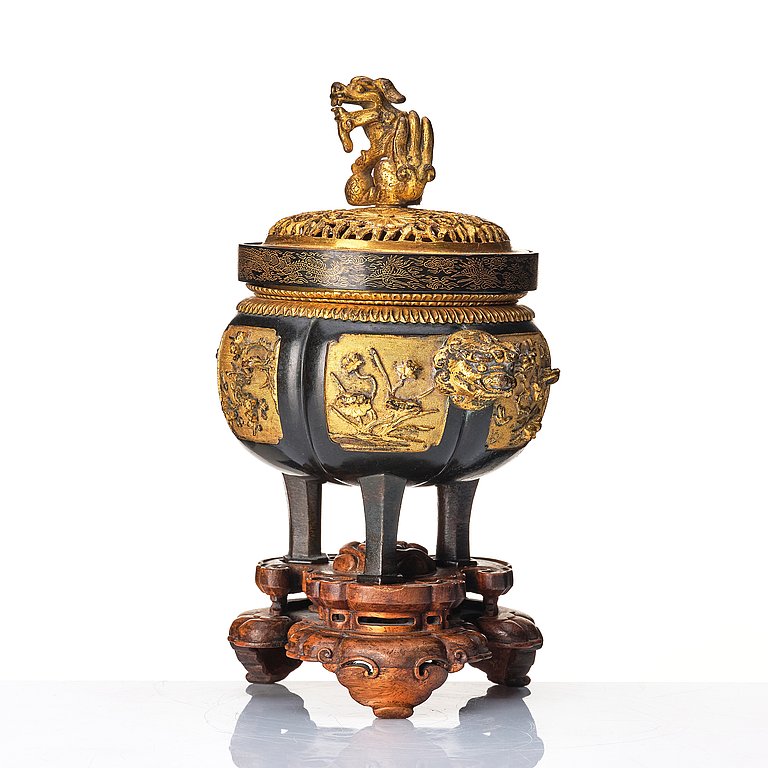 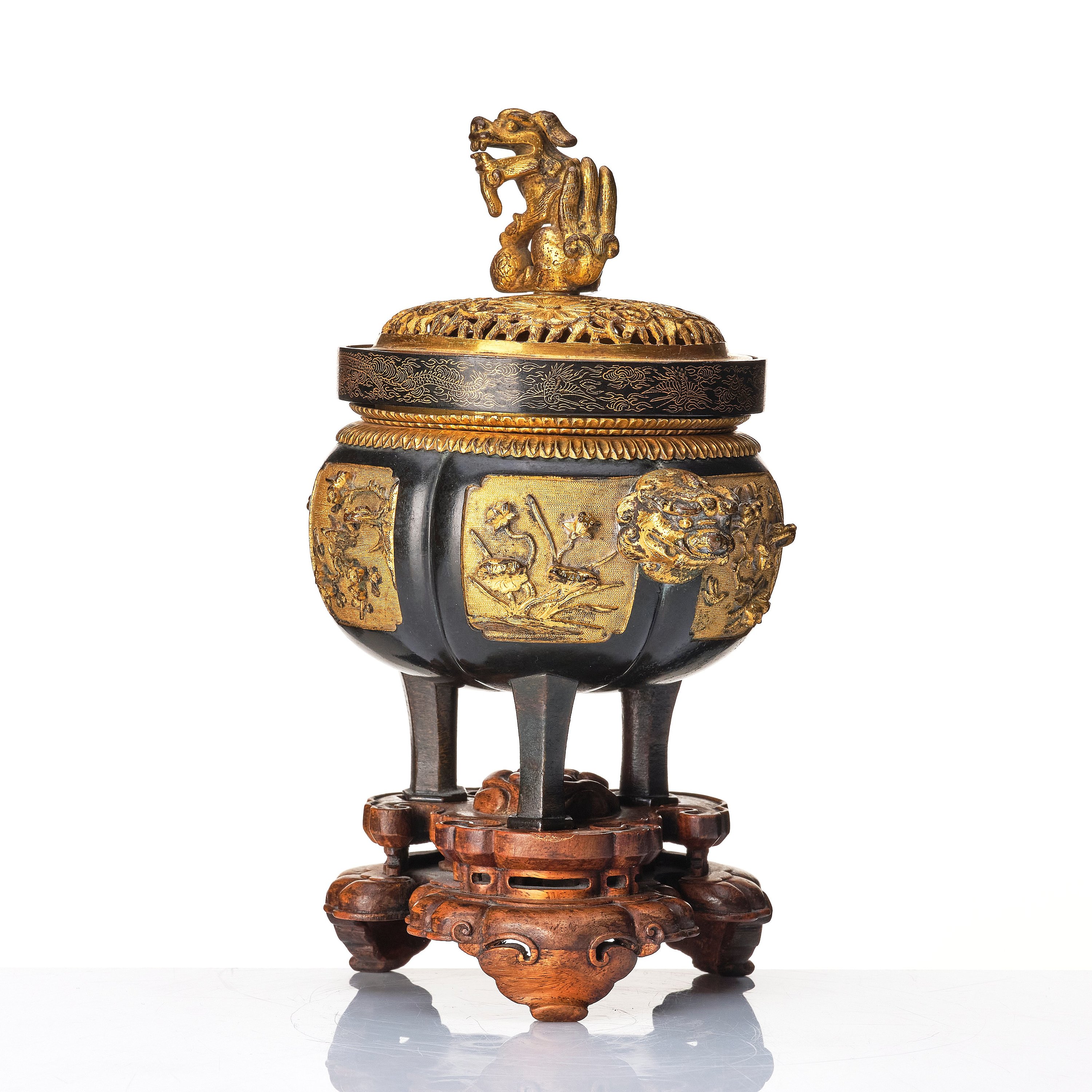 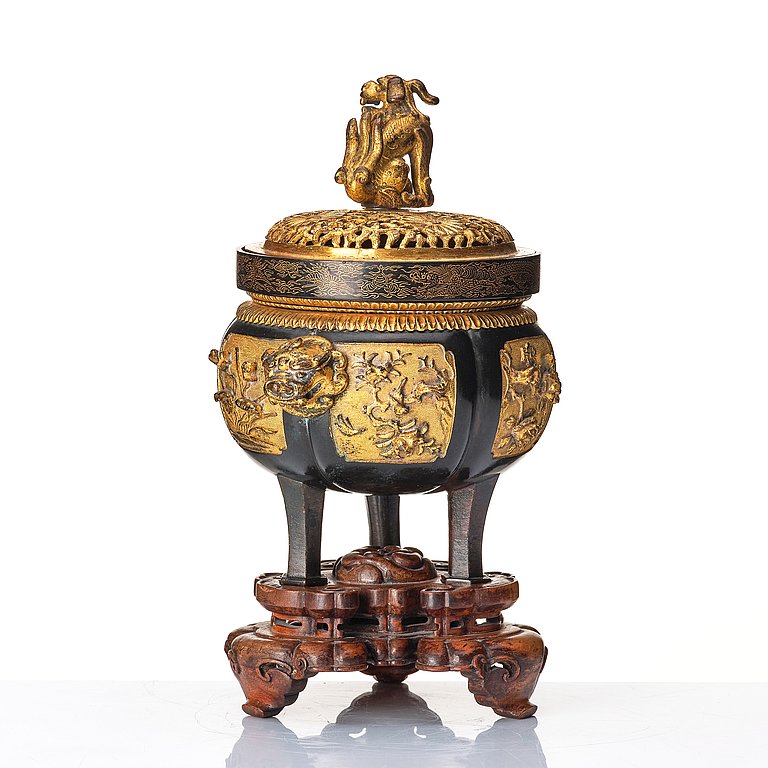 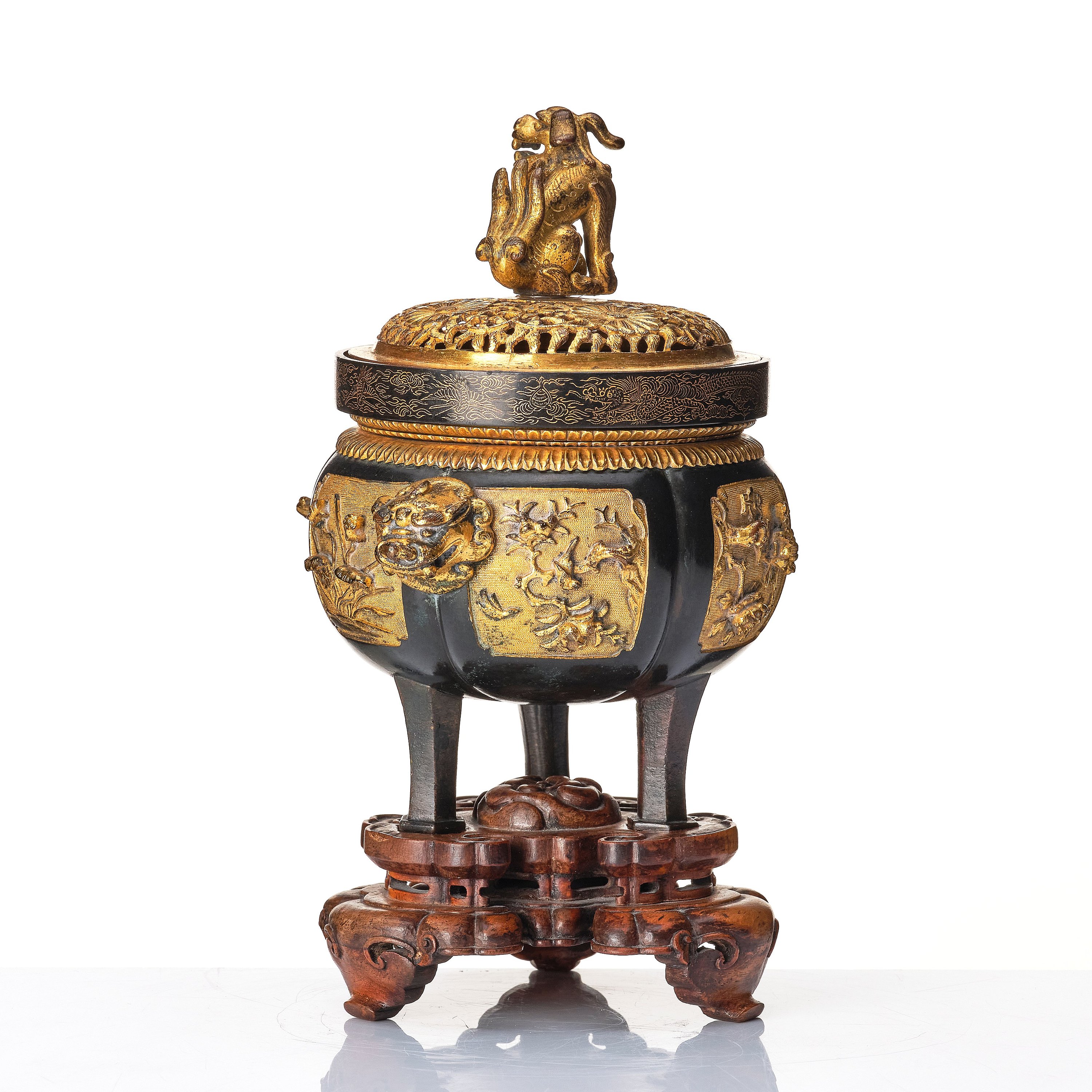 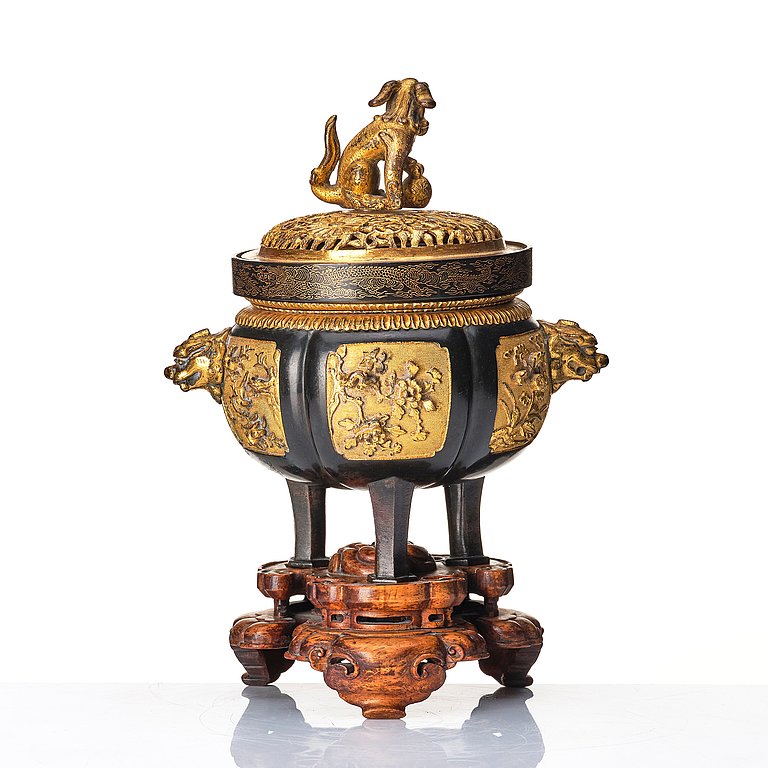 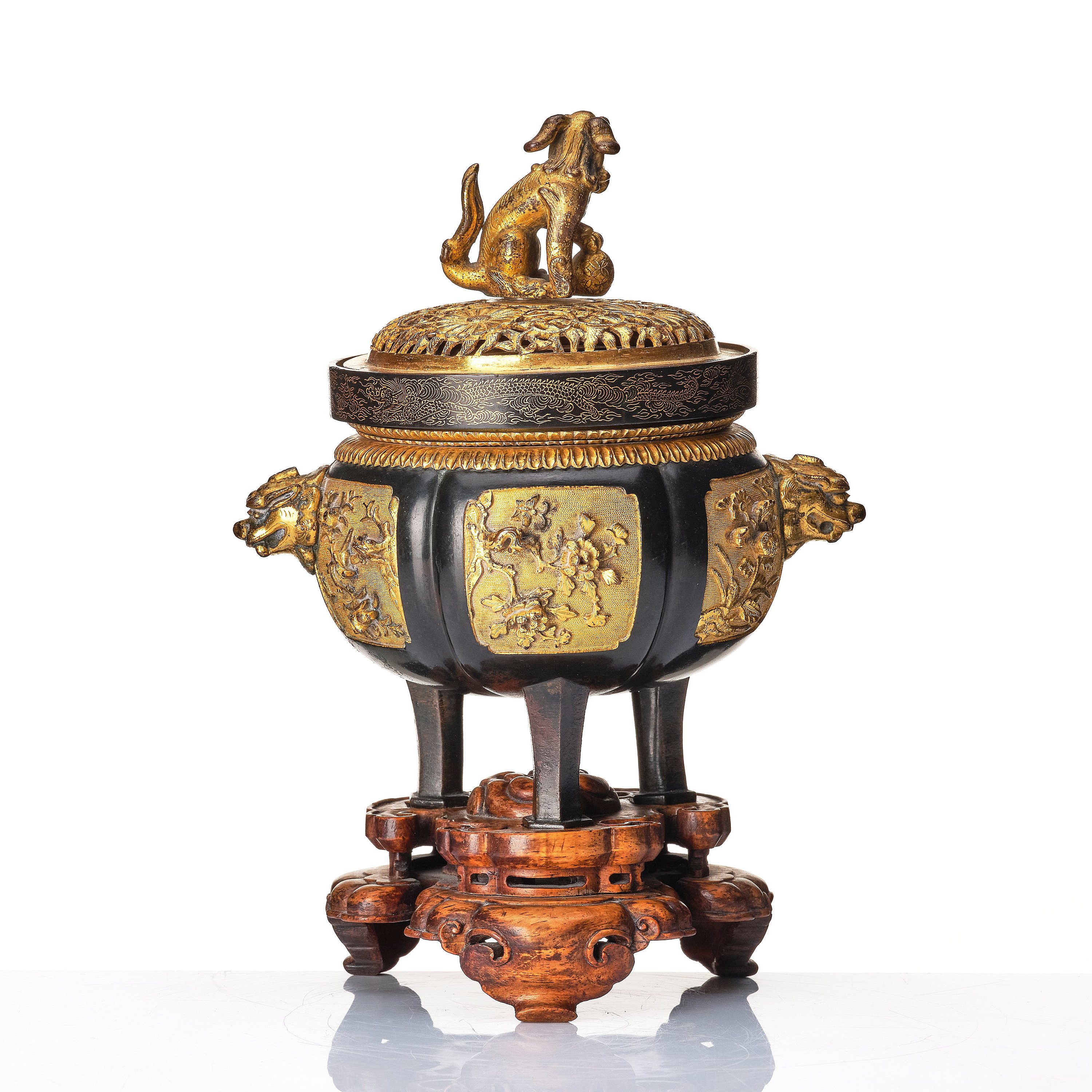 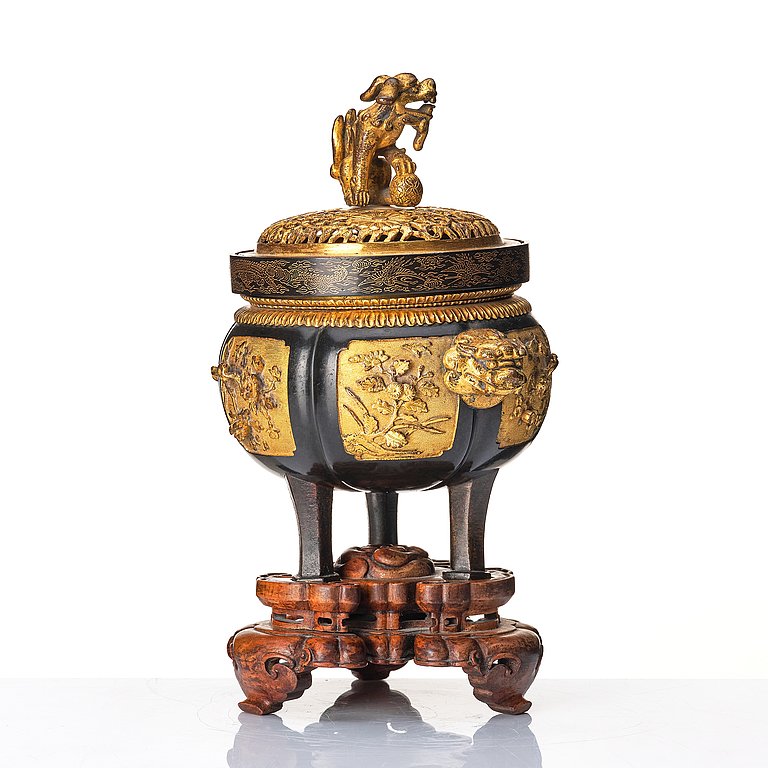 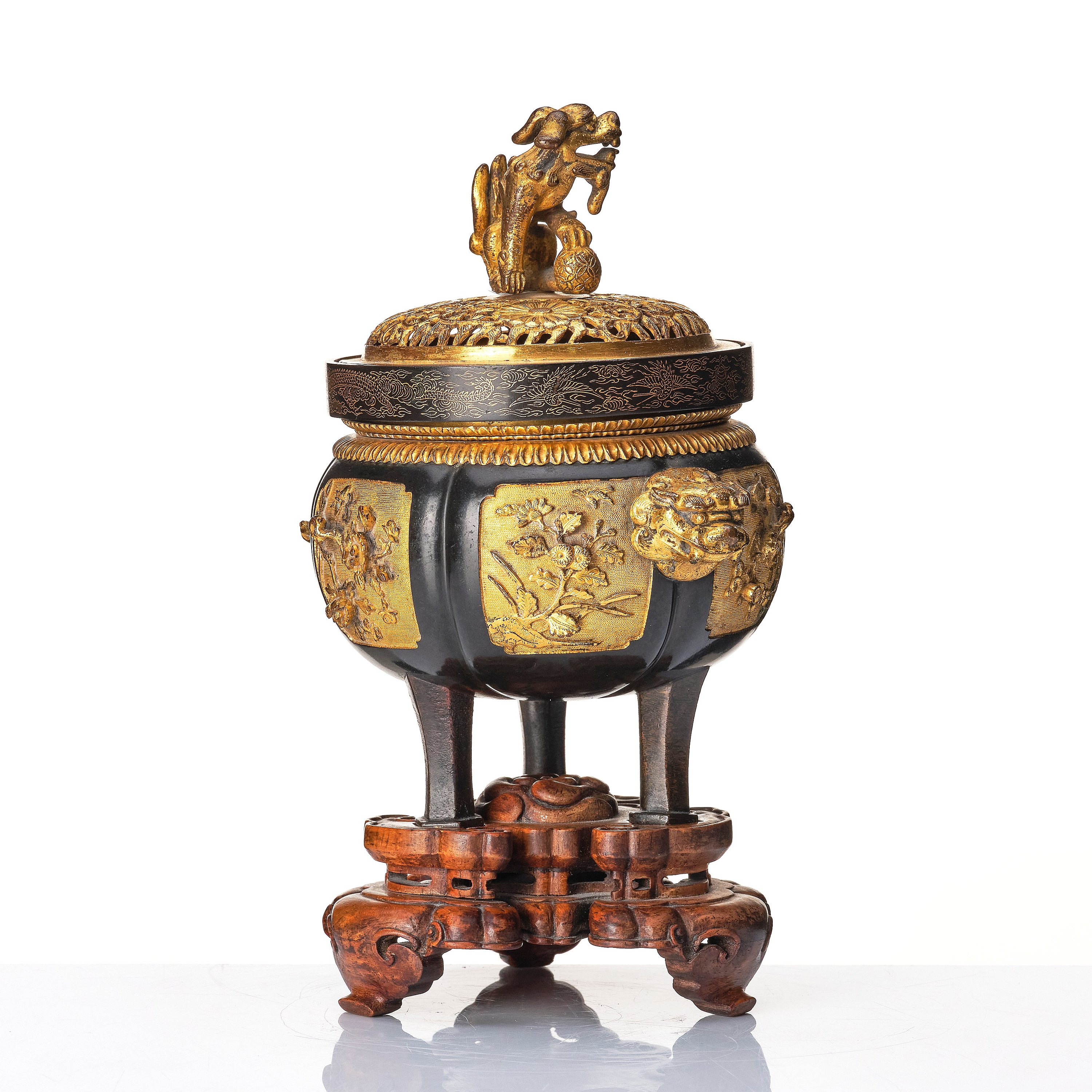 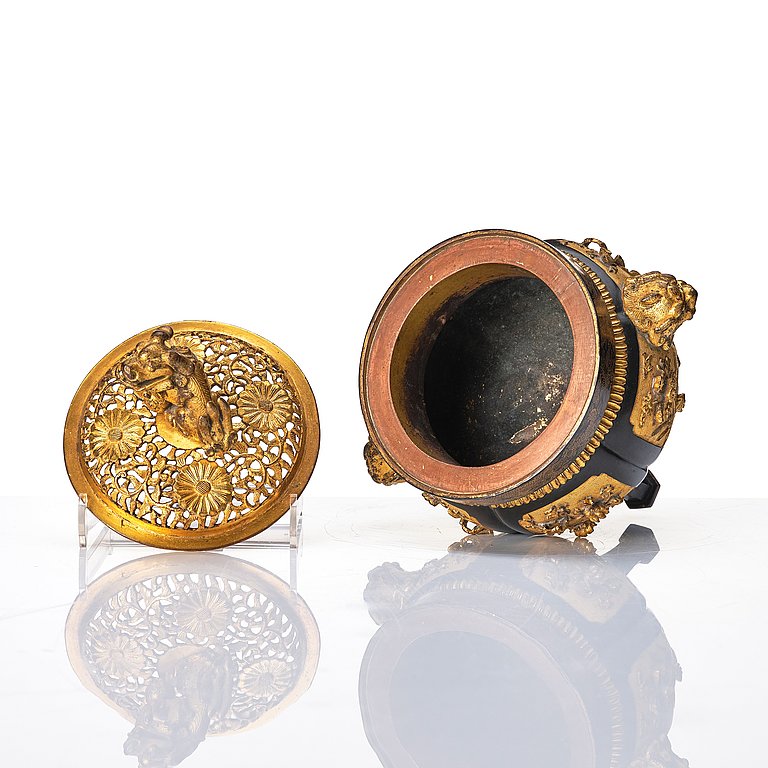 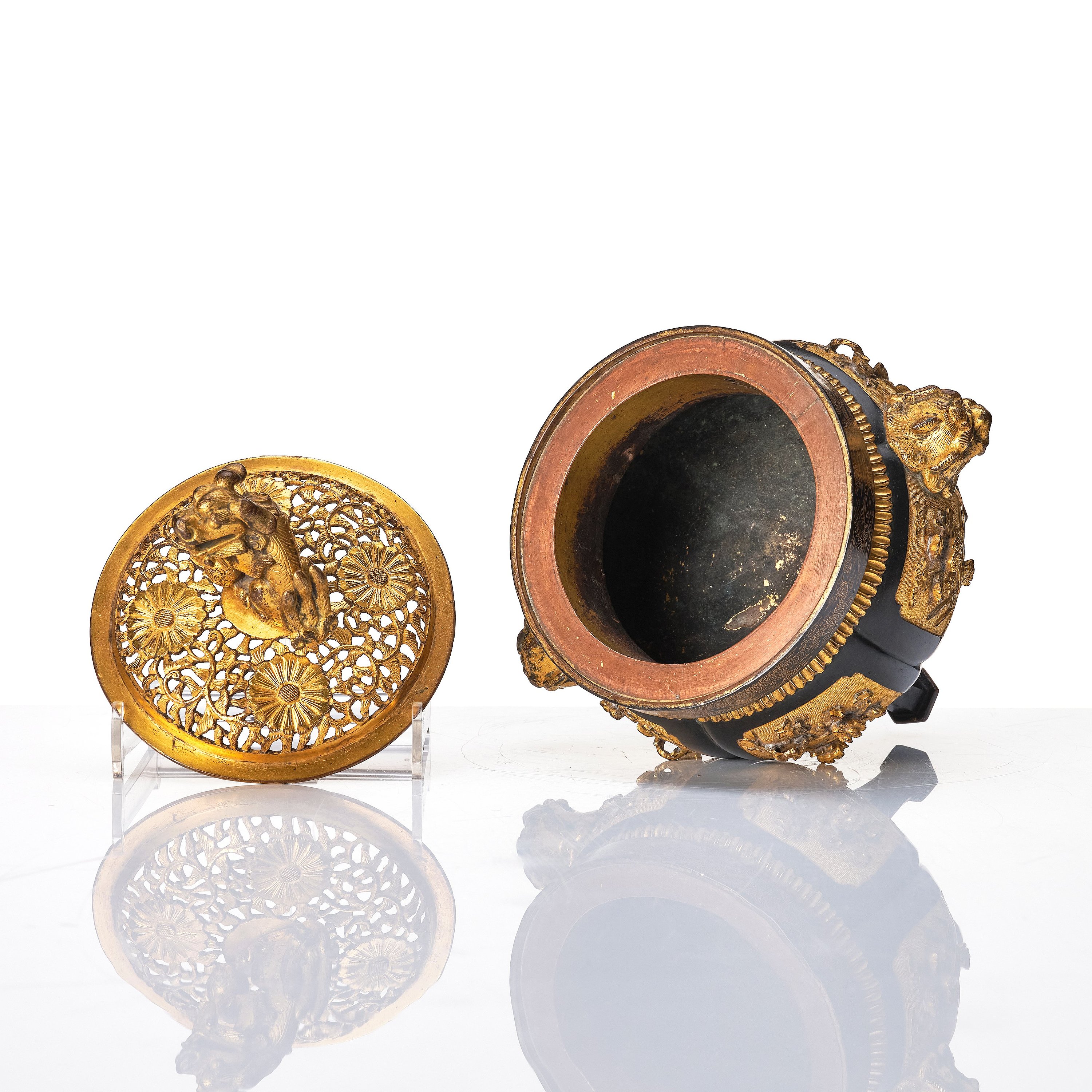 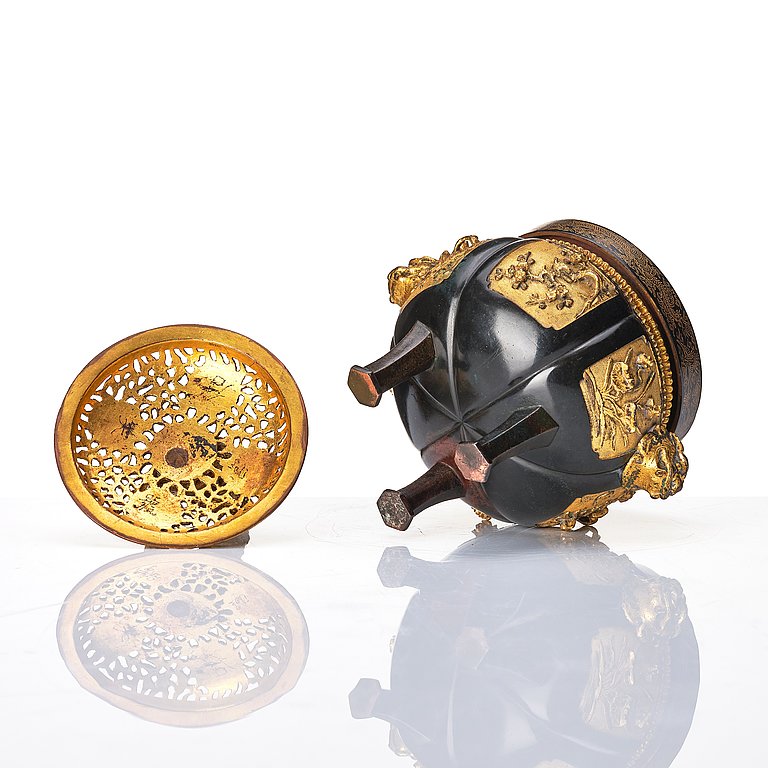 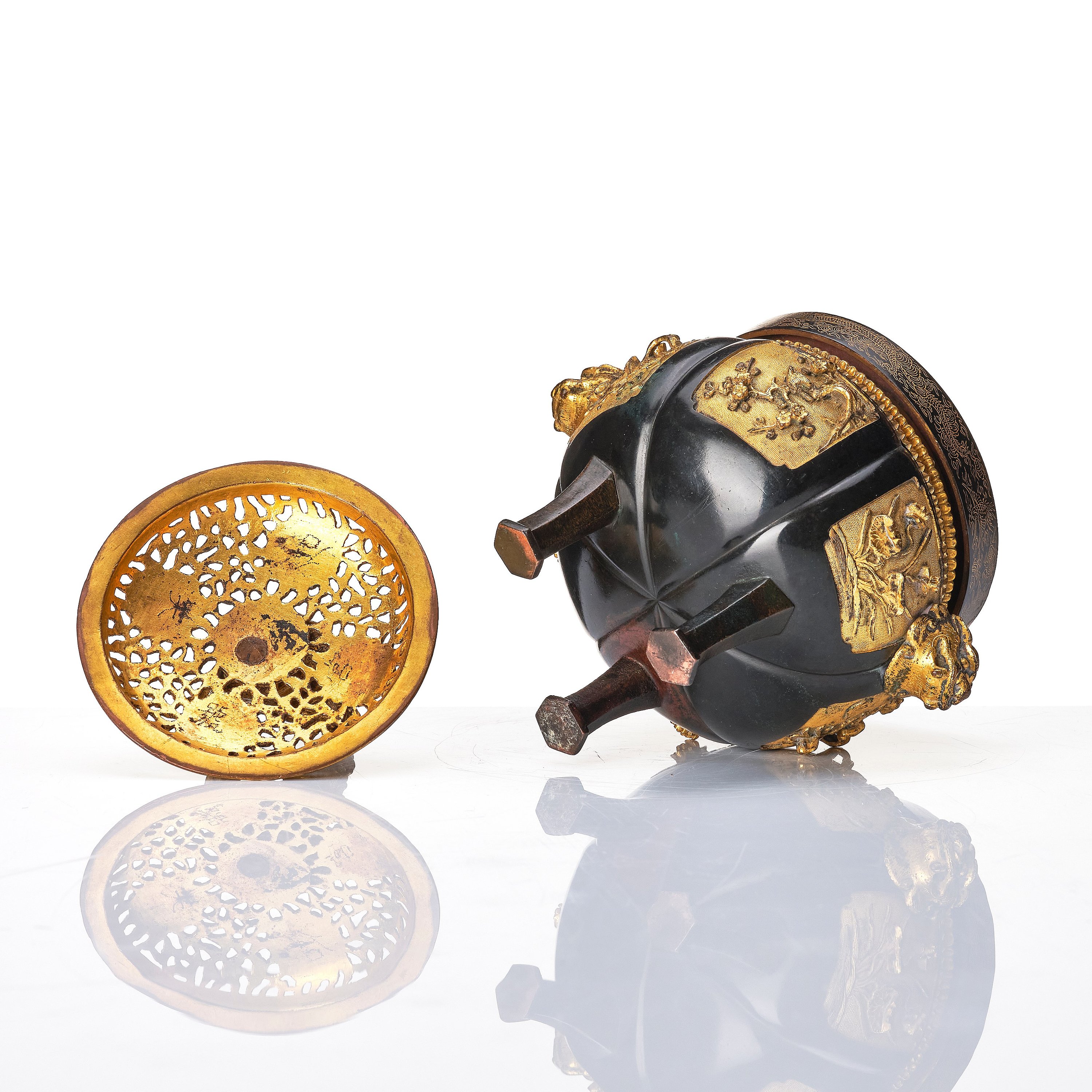 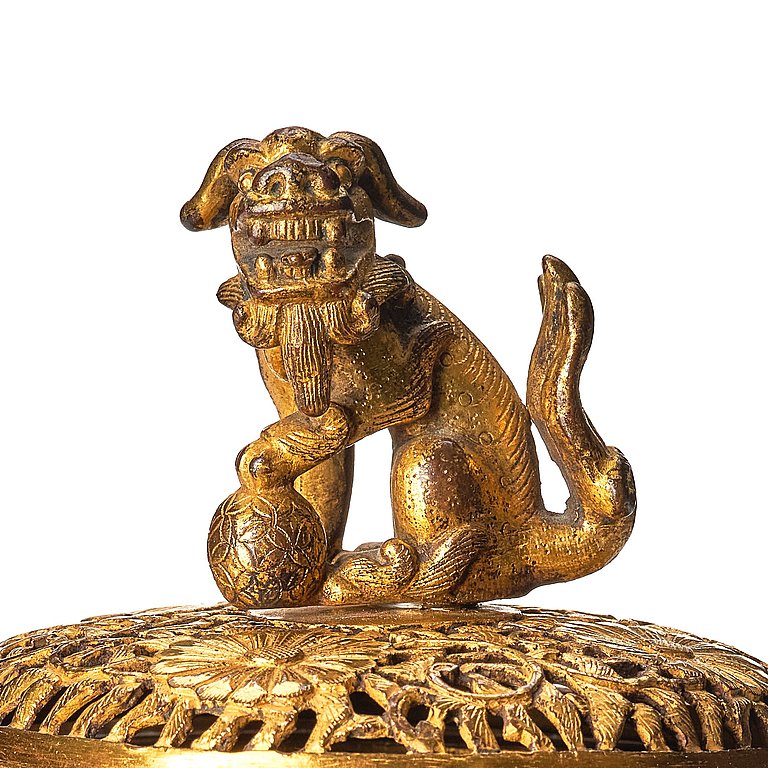 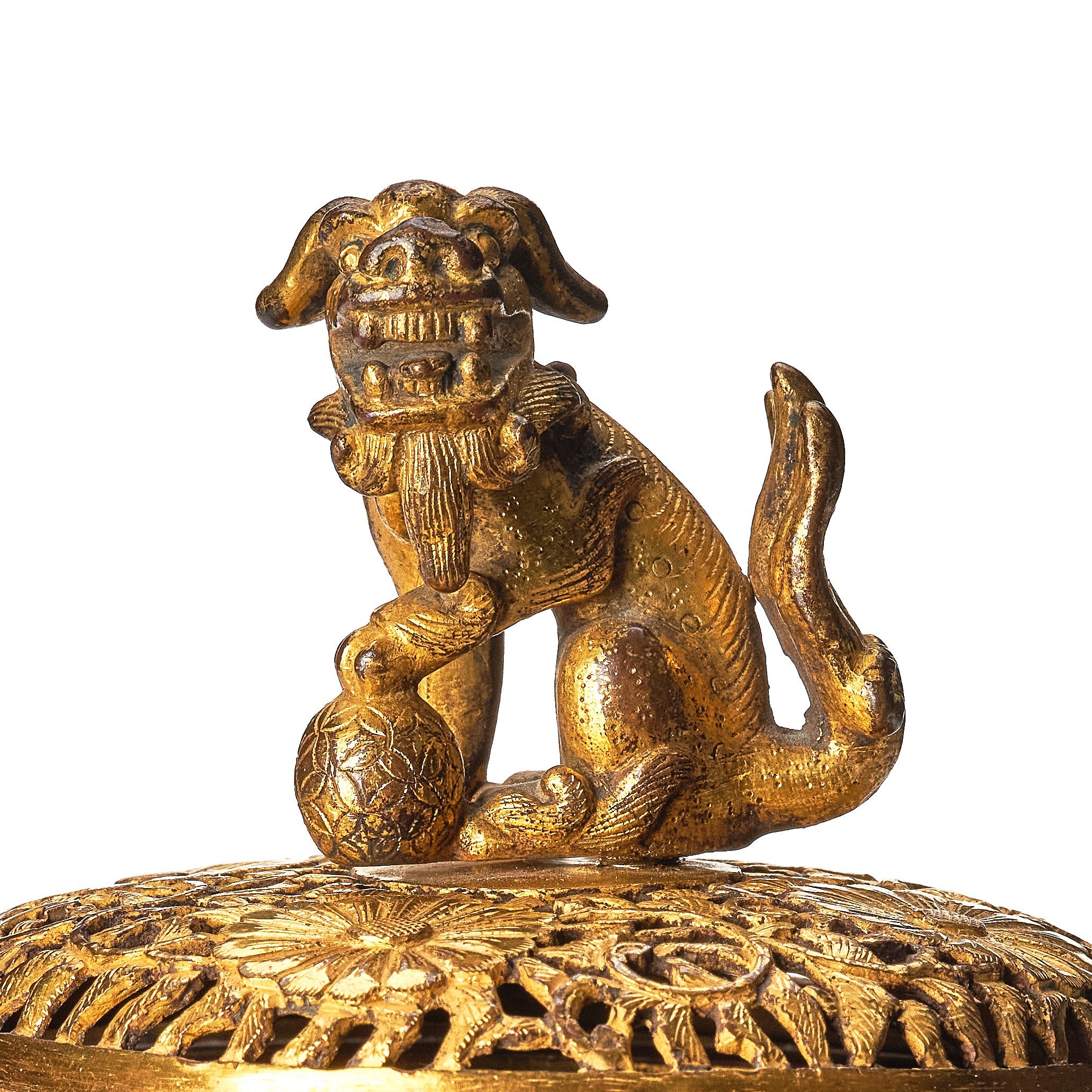 Tripod with tall legs, pumpkinshaped mid-section with gilded high relief of flowers. Handles in the shape of mythical beasts. Cover pierced and with a buddhist lion finial, the inside of the cover with four etched characters of commendation, freely interpreted as made for a tempel devoted to Mazu. Height 17 cm. Height with sculptured wooden stand 22.5 cm.