No connection to server
We use cookies to provide the best possible customer experience. If you continue you accept this use of cookies. Go here to read more.
OK
Important Winter Sale 645 Stockholm926928
927
1437127 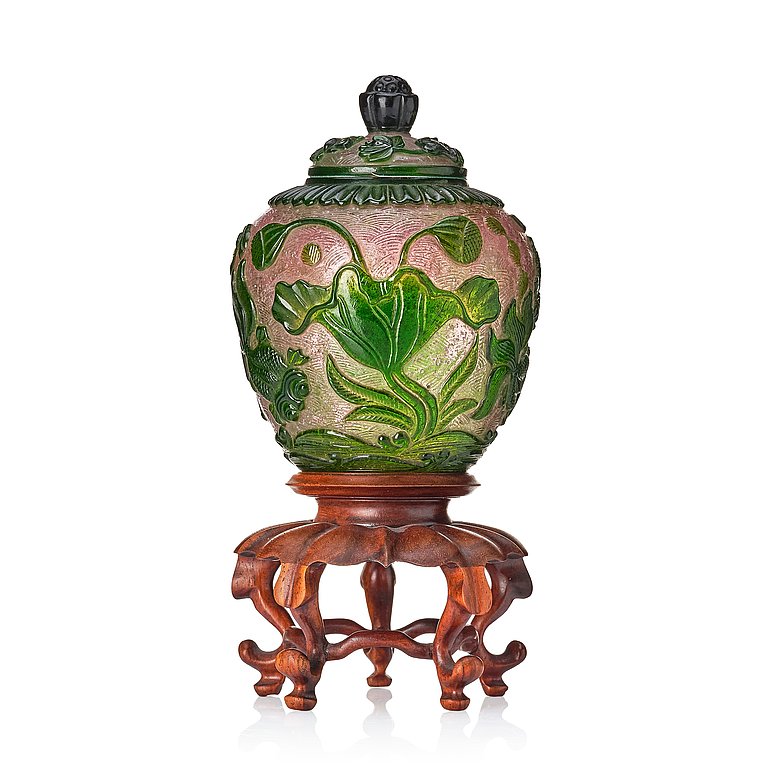 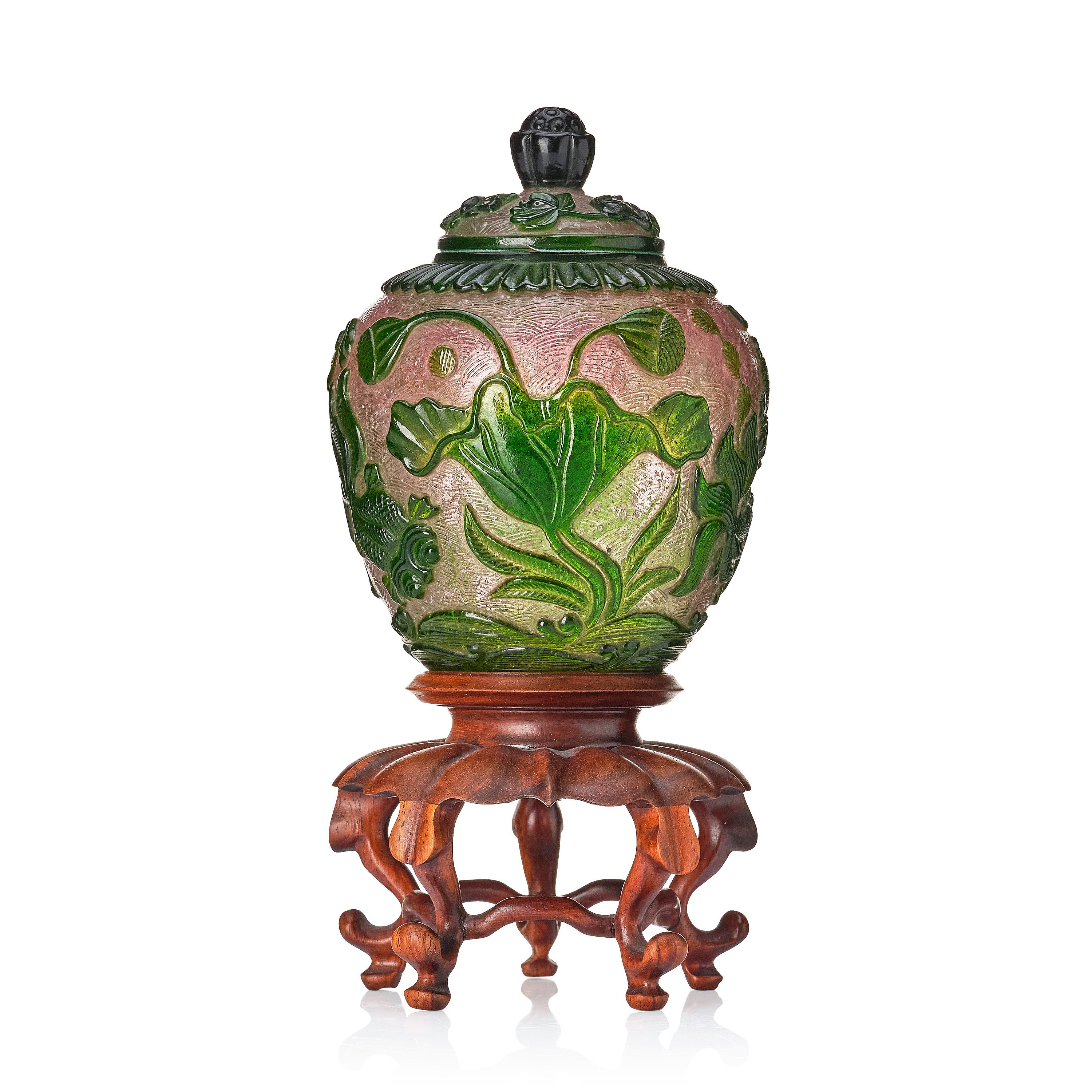 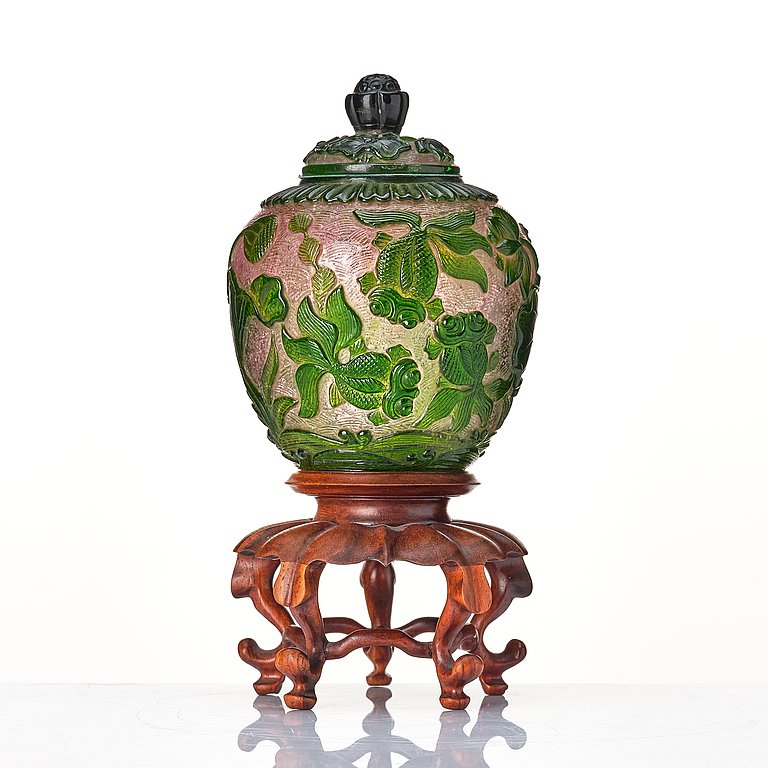 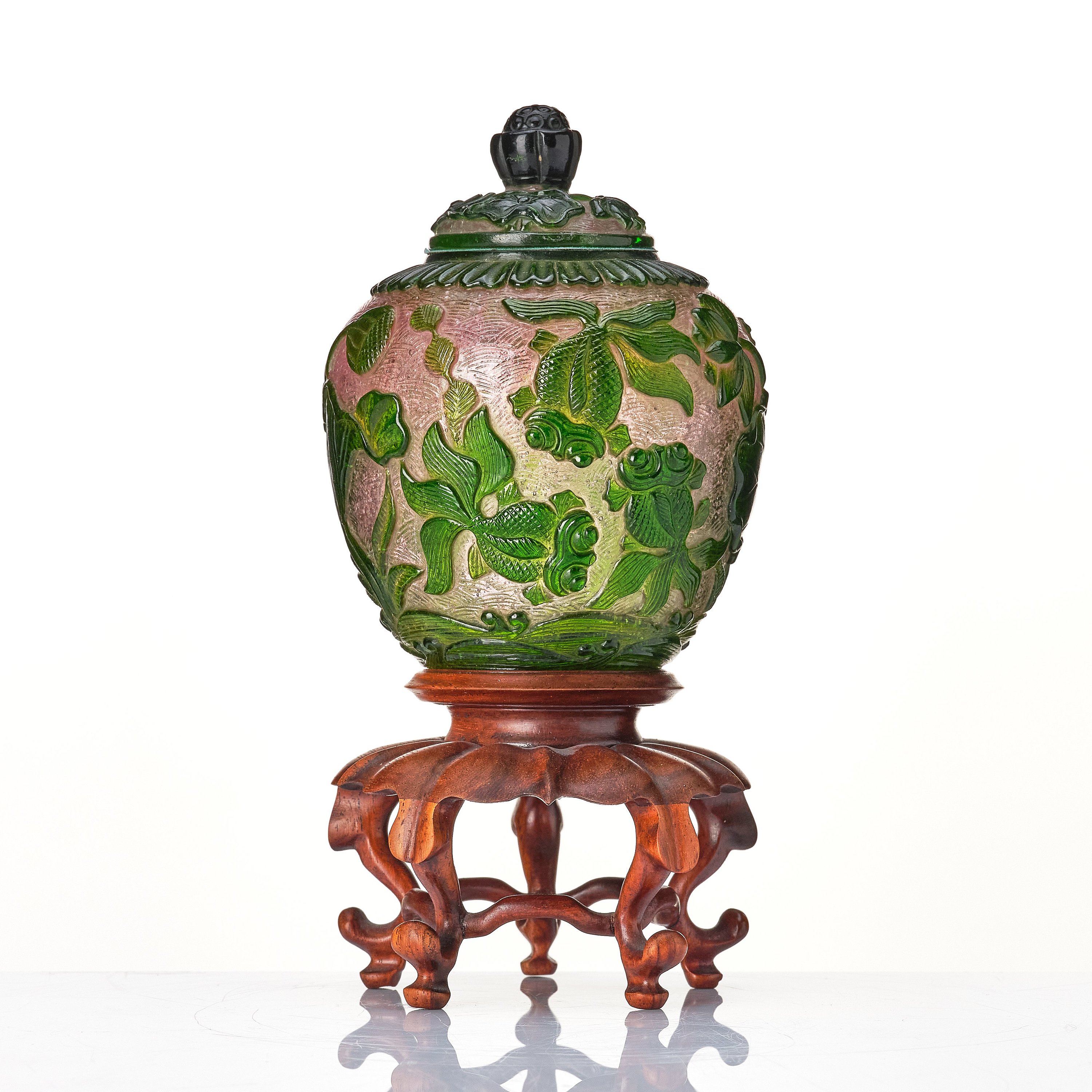 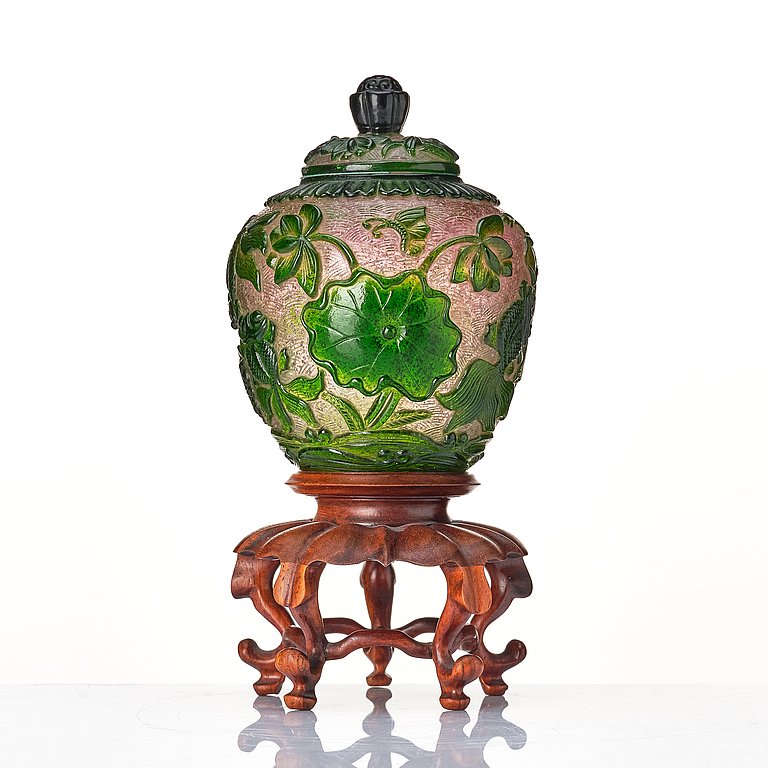 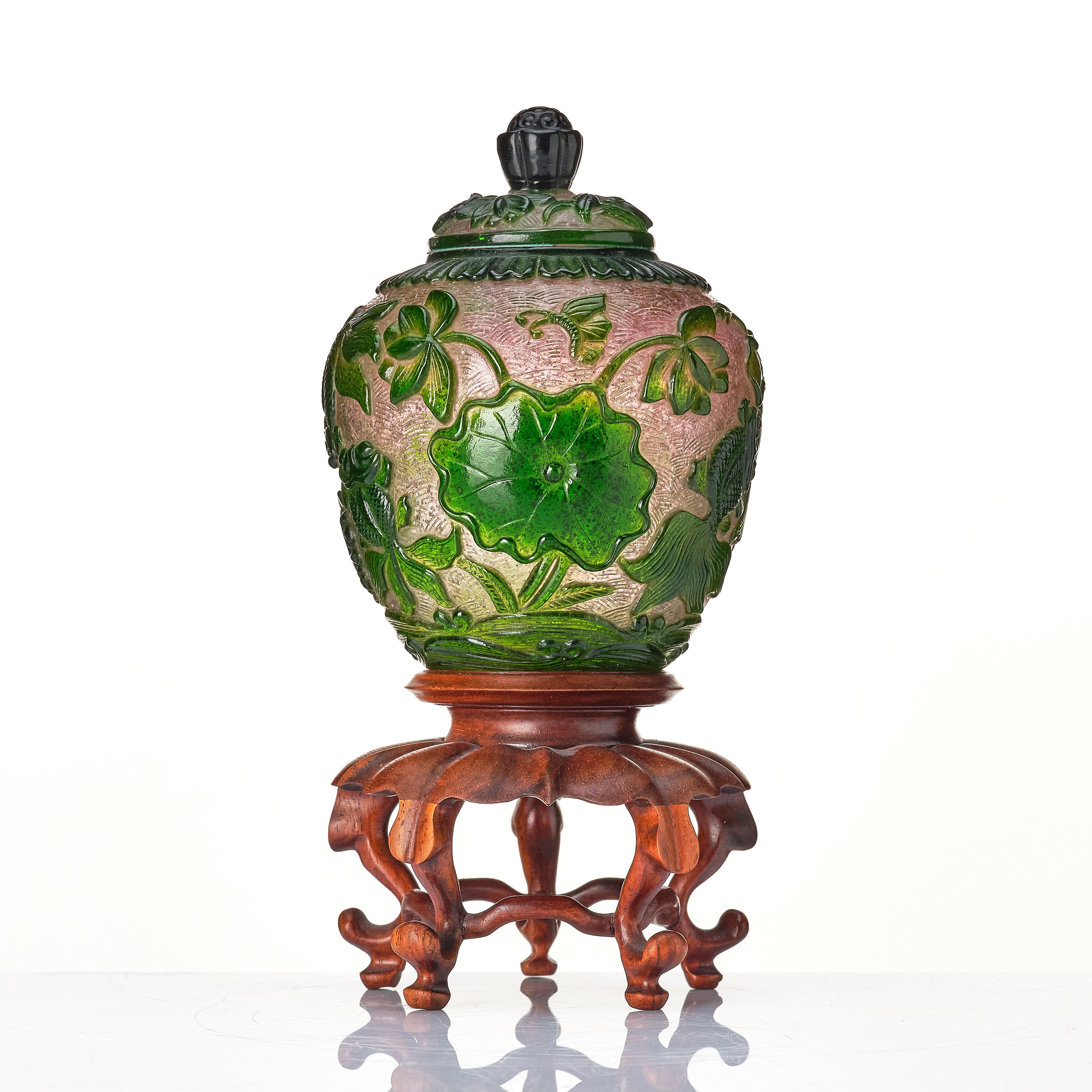 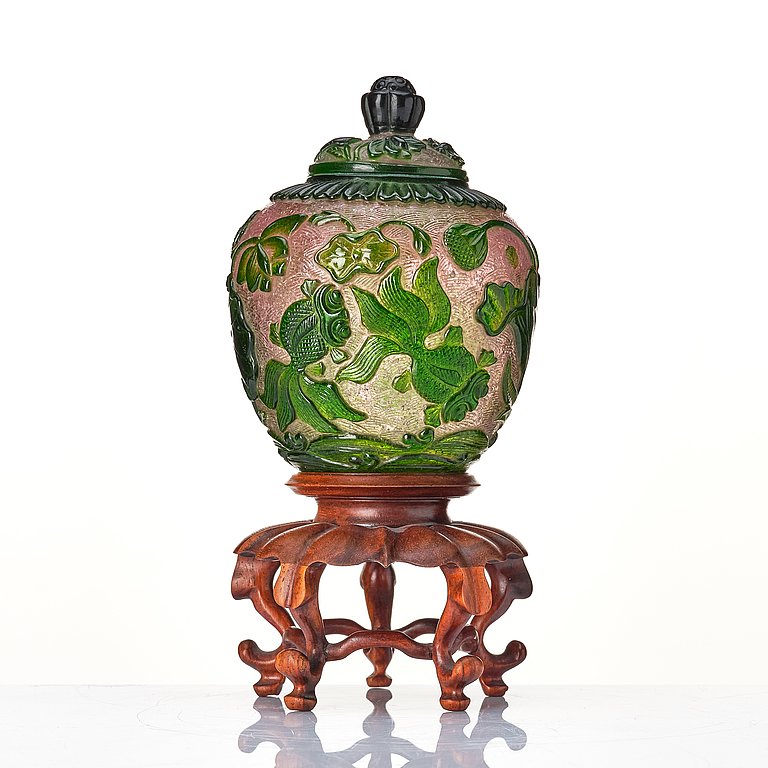 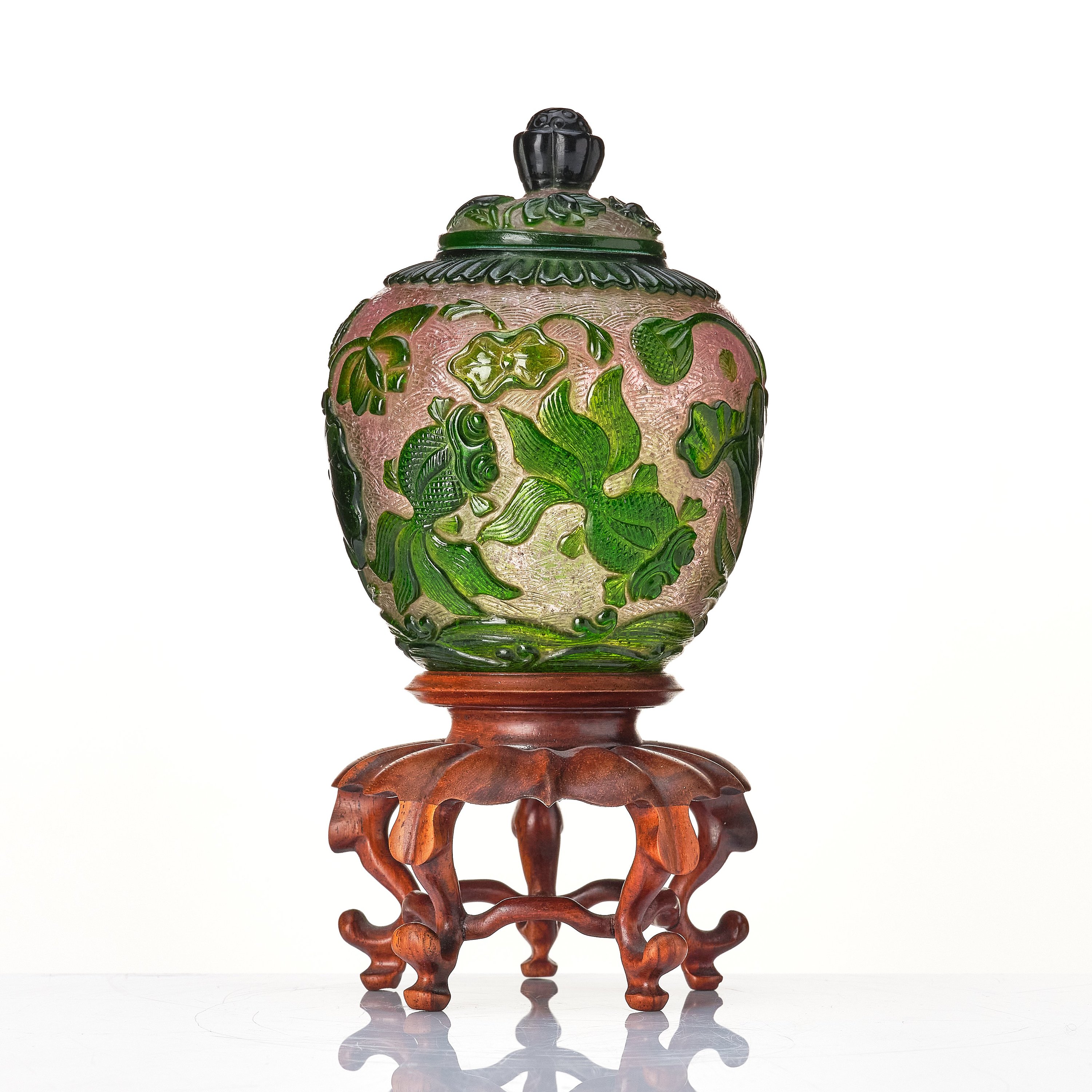 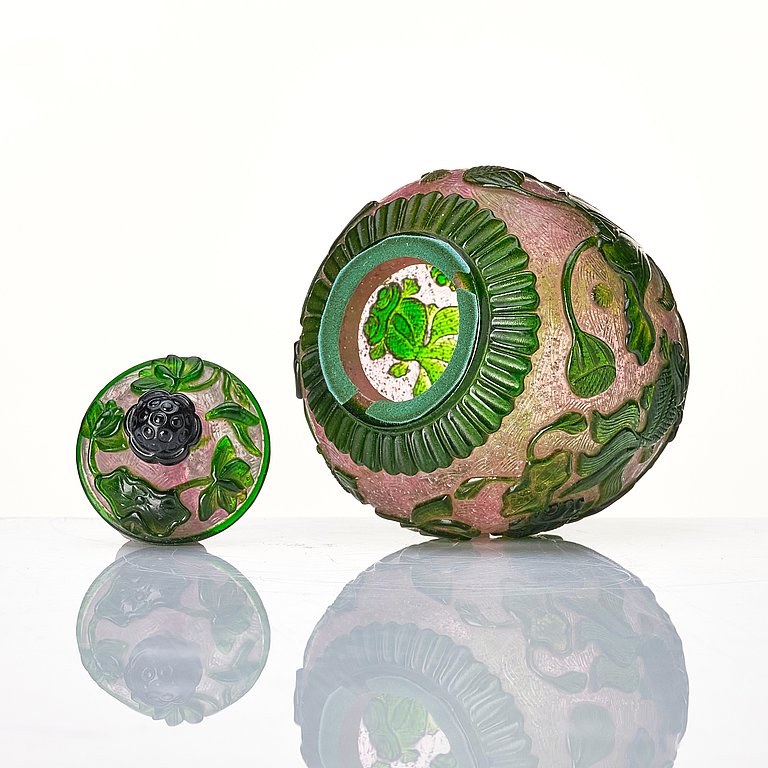 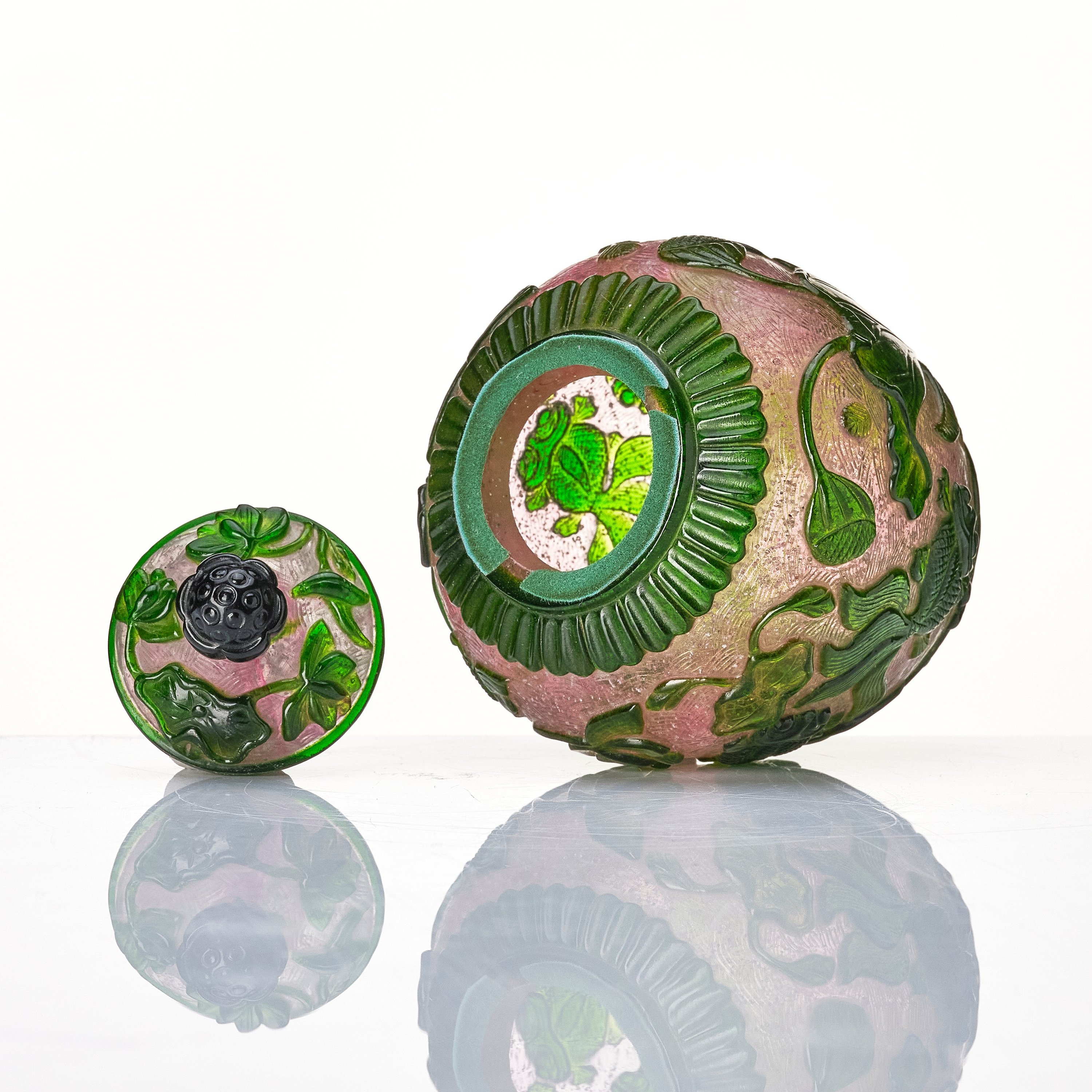 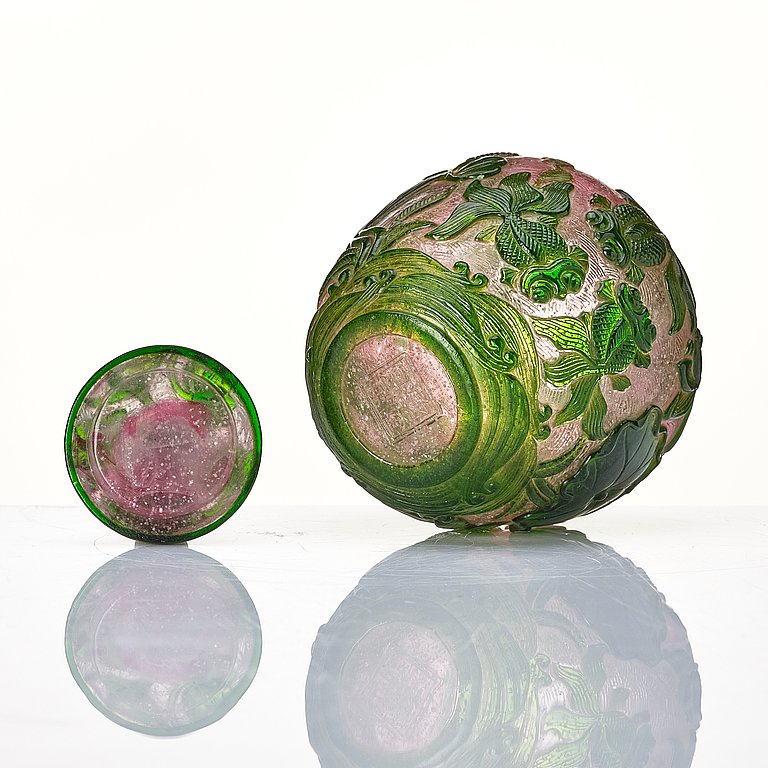 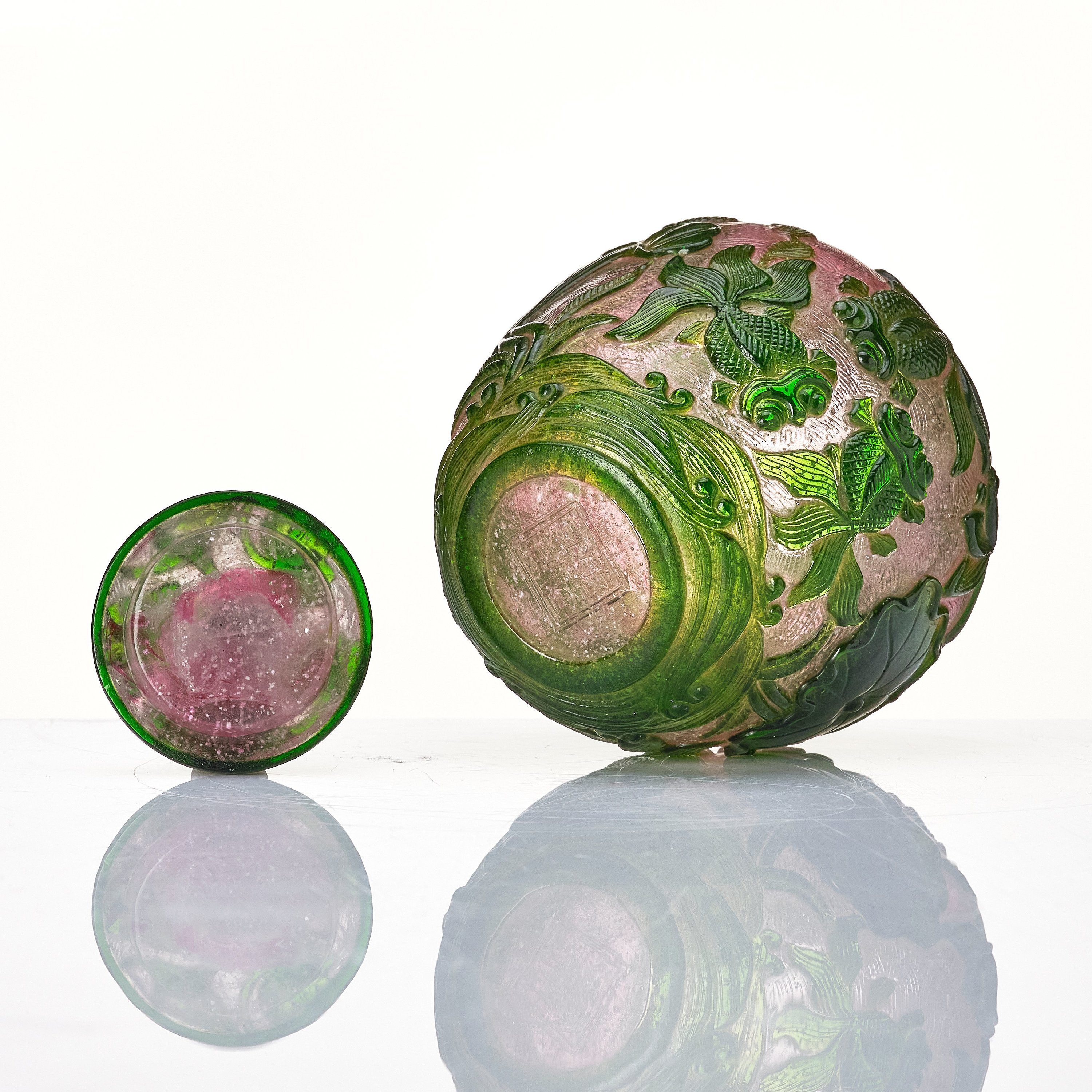 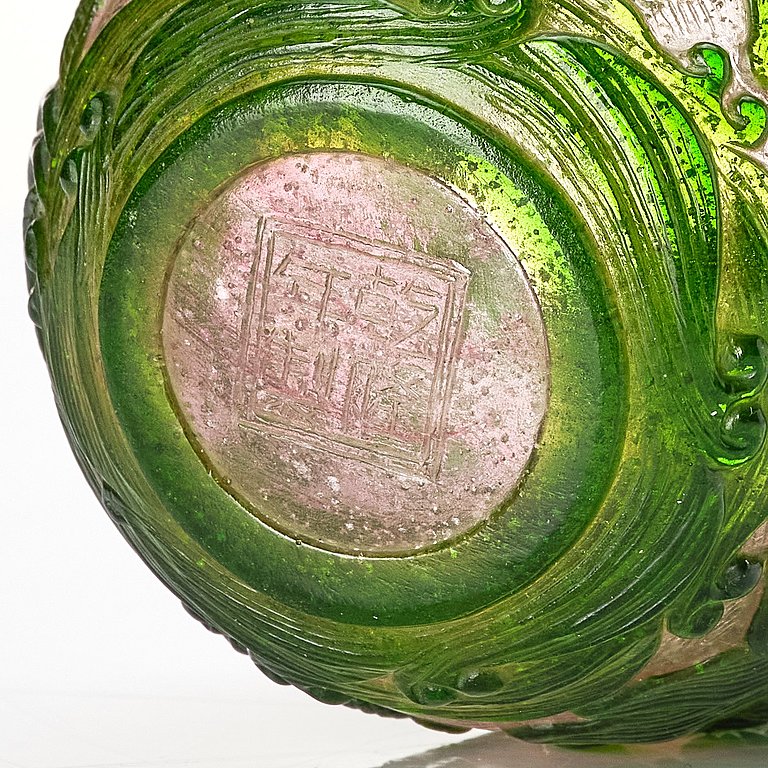 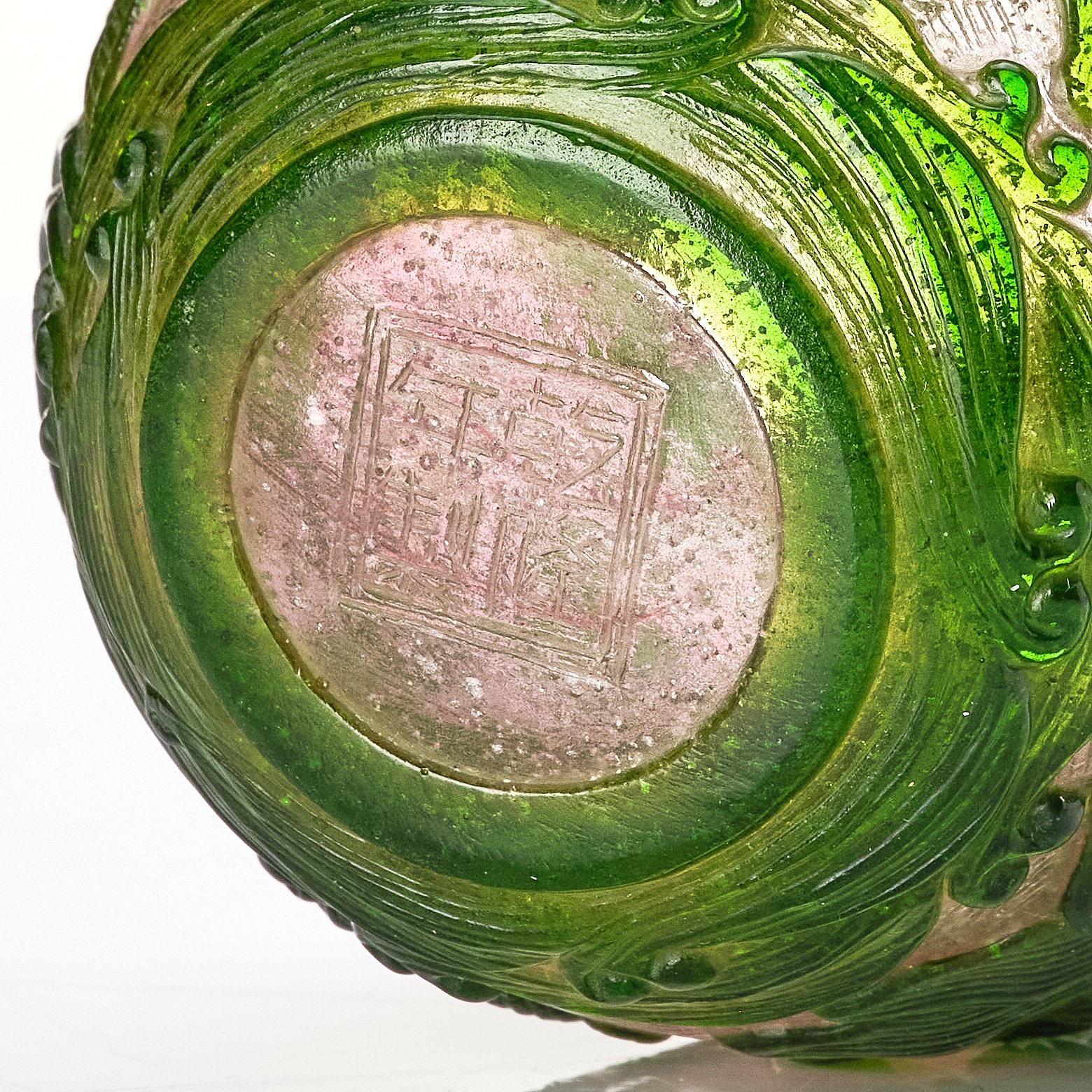 Of slightly ovoid shape, the deep green overlay skilfully carved in relief and undercut through slightly translucent ground with lotus in swirling water. Slightly domed cover with further decoration in green. The recessed base carved in relief with Qianlong four-character seal mark within a double border. Height 11 cm. Wooden stand accompanies the piece.