Guillaume Cornelis van Beverloo was born in 1922 in Liege, Belgium, by Dutch parents.
Corneille studied at the Art Academy in Amsterdam and his career gained momentum in 1946. At this time, surrealism was close to is close to Corneille, who in 1948 become one of the co-founders of the COBRA group. Initiators included the visual artists Asger Jorn and Karel Appel, but poets and writers were also included in the group. The group came to quickly gain more members. COBRA wanted to revolutionize art and move away from the dogmatic, theoretical Parisian ”art myths”. During the late 1940s, Corneille travels to North Africa where he was inspired by the image and forms of the Middle Eastern world. He developed his imagery in his own style - abstract landscapes are common during this time of his painting career. Corneille is educated in graphics and ceramics as well as being an avid traveler. Significant to his work is his visit to South America, where he adopted impressions of other imagery. Corneille returned to the figurative scene in the 1960s, where obviously ”simple” motifs make up the body: the woman, the cat, the snake and the sun - and the bird - the artist’s alter ego.

This auction includes fine examples from the artist’s later period, where he mainly worked with graphics and sculpture. Here you will find several large colour schemes and lithographs, sculptures in bronze and metal as well as the well-known polychrome wood sculptures. 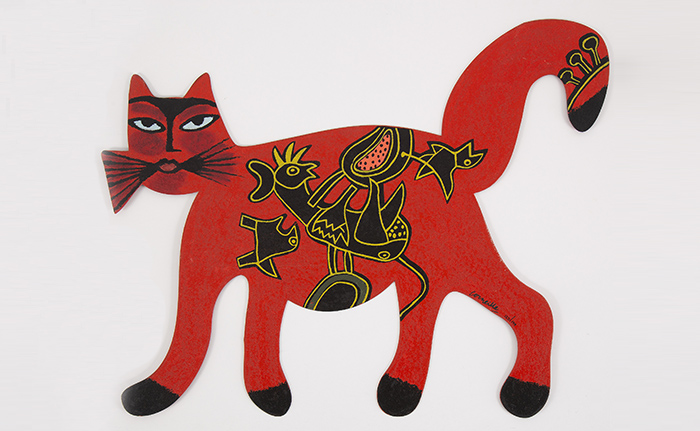 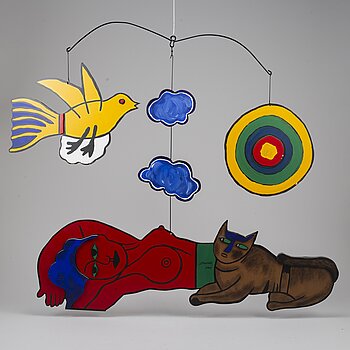 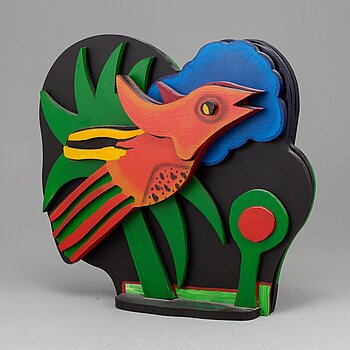 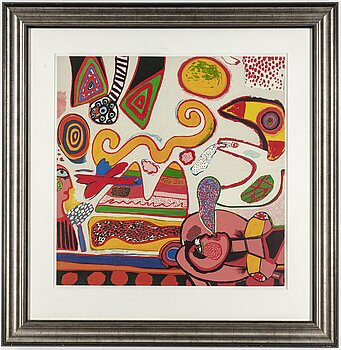 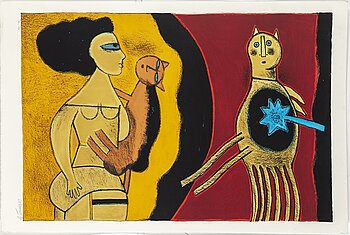 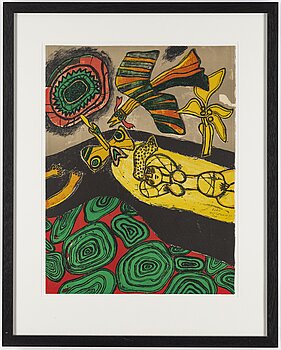 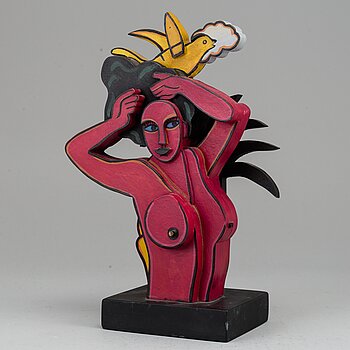 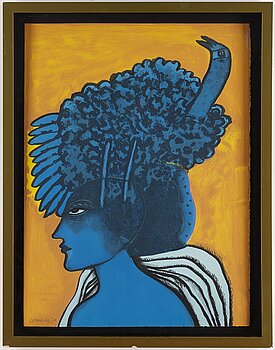 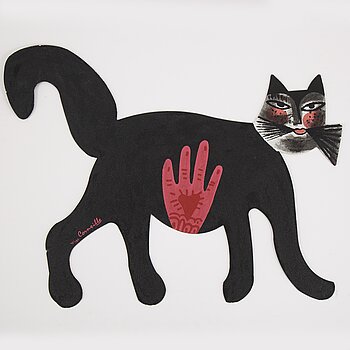 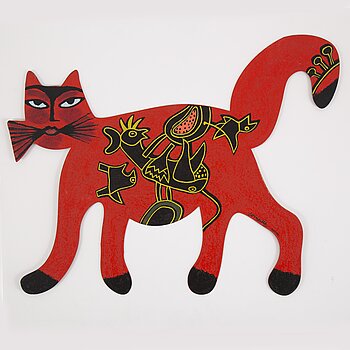 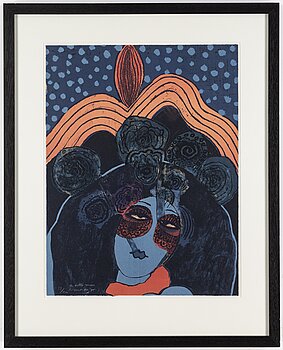 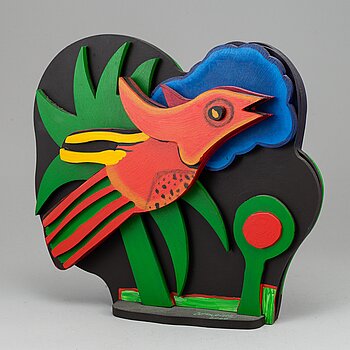 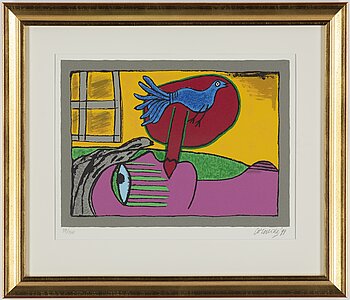