Hans Arnold was a Swiss-Swedish illustrator. Arnold studied at the Lucerne School of Art and Design and then worked as a film cartoonist. In Sweden he was primarily active as an illustrator and worked for Åhlén & Åkerlund's publishing house, for weekly newspapers and illustrated fairy tales. Famous fairy tales Arnold has illustrated are, for example, "Bland Tomtar och troll" and "Allrakäraste Syster". He made his big breakthrough after signing ”Veckans Chock” in the weekly magazine "Veckorevyn". Arnold has exhibited at Galleri Färg och Form and has worked with scenography at the Royal Opera. His artistry is multifaceted but is characterized by horror and fairy tales with great detail and features of surrealism. 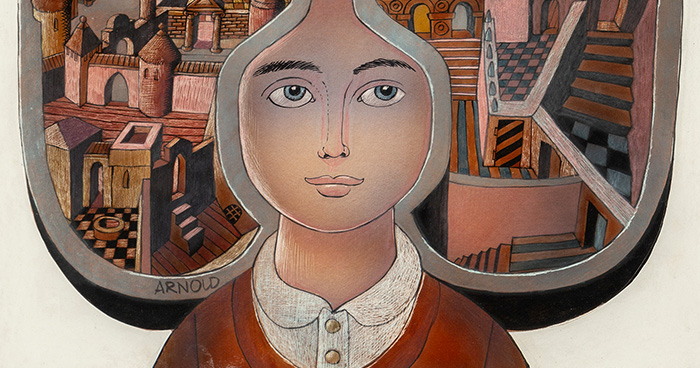 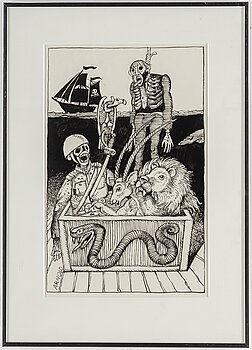 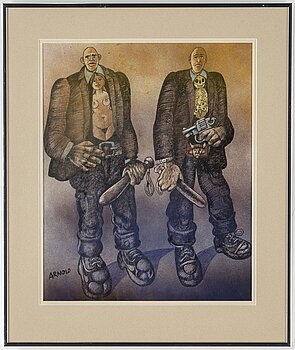 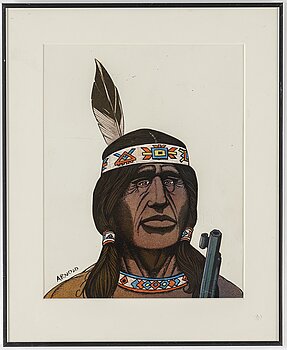 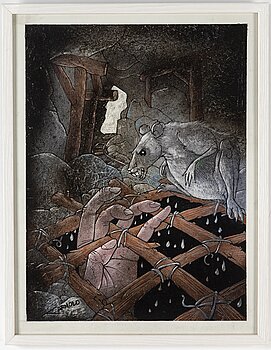 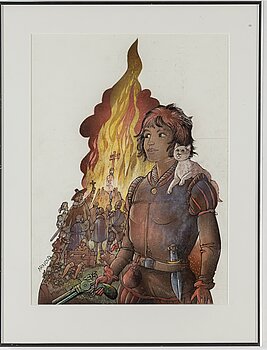 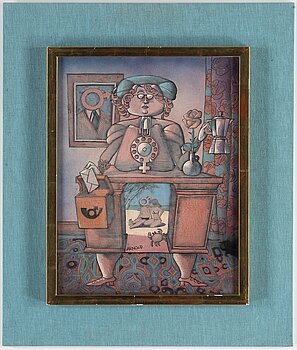 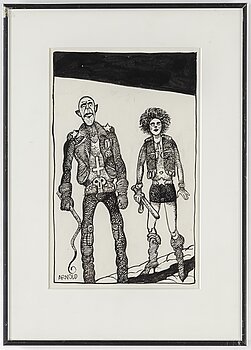 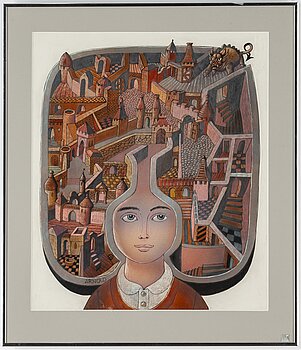 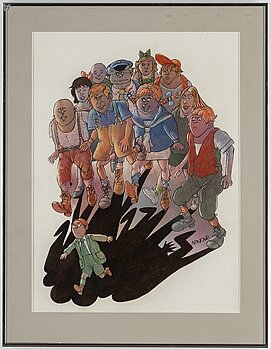 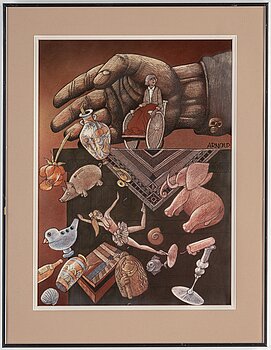 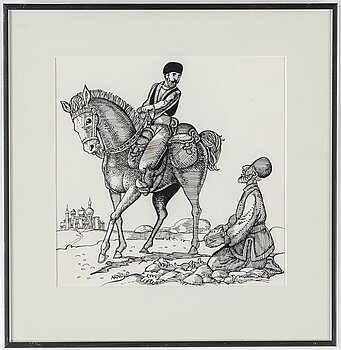 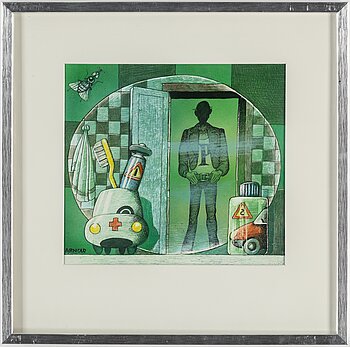 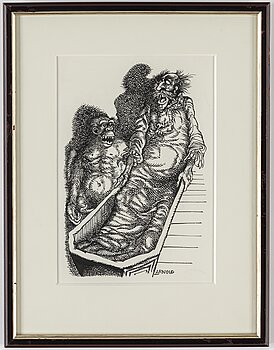 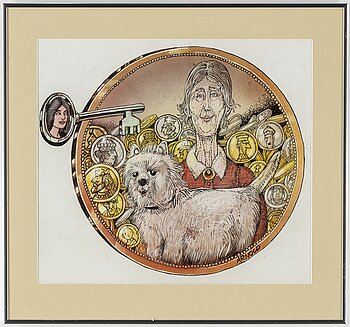