John Jon-And played a central role in the early Swedish modernism together with his wife Agnes Cleve. After studies in Paris for Le Fauconnier he moved back to Sweden and spent his time between Stockholm and the west coast.

Parallell as an avantgarde artist John-And was a soughtafter caricaturist and did many portraits of the celebreties of the time. In these brilliant portraits his sence of humour is clearly visible. Jon-And was also commissioned to do several scene decorations for theatres in Stockholm and Gothenburg.

Image: John Jon-And in his studio 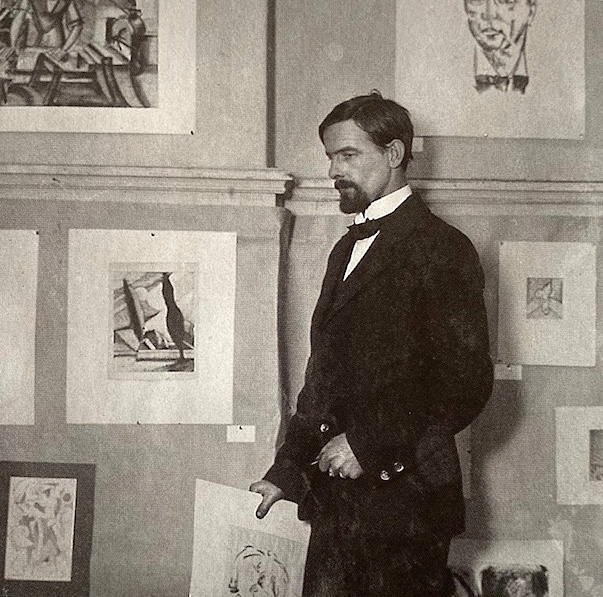