The clock is not merely a means of keeping track of the hours, but of synchronizing the actions of men, the clock not the steam, is key-machine of the modern industrial age…

Watches and clocks have always been popular collectibles and status objects. Ever since the days of antiquity, mechanical timekeeping has been something that has fascinated man. The mechanical clocks were invented on European soil during the Middle Ages probably in the 13th century, the more advanced pendulum clocks appeared in the 17th century and were developed by the Dutch scientist Christopher Huygens (1629-1695). The knowledge spread to other European countries and from the 18th century onwards one can speak of more industrial production of advanced clocks with pendulums and weights.

The beginning of the century is stylistically marked by the French Empire and the collection numbers 1323788 and 1323798 are fine examples of both the early and the slightly later Empire style. In parallel with this style, the neo-Gothic style became popular in England - some fine examples of this style are number 1323791 and number 1323763. In Swedish production, the styles neo-rococo and neo-renaissance dominated, of which the wall pendulums by Gustaf Becker are good examples, auction number 1323828, 1323826, 1323820.

In addition to fine style models, there are two technically interesting trumpet clocks from the German manufacturer Wehrle with numbers 1323821 and 1323796. The collection also includes a soldering iron from Gebruder Resch, Vienna, number 1323749. A slightly odd but interesting number is the table clock in brass from Japan with the number 1323784.

In the collection you can also find watches there is slightly more humorous touch, such as the wall clock from Eisenbach number 1323830 and the "folk home favorite" wall clock "Per Albin Hansson" number 1323767. 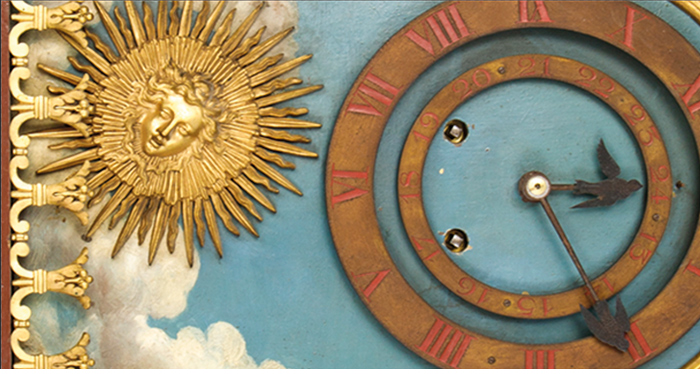