Guillaume Cornelis van Beverloo was born in 1922 in the Belgian town of Liege to Dutch parents. Corneille studied at the Art Academy in Amsterdam, and his career took off in 1946. Surrealism was close to his heart at this point in time, and in 1948 Corneille became one of the co-founders of the COBRA group. Amongst the initiators, we find visual artists Asger Jorn and Karel Appel. COBRA wanted to revolutionise art, seek themselves away from the dogmatic, theoretical and Parisian “art myths”.

Miró and Klee strongly influenced Corneille in his artistry, and after 1951 when COBRA was dissolved, he moved to Paris and started to collect African art. These artefacts became apparent in his later visual language that got a more imaginative style with exotic birds and stylised shapes. Corneille returns to the more figurative during the 1960s, where palpable “simple” shapes make up the base: the woman, cat, snake, sun, and bird – the artists alter ego.

This theme auctions works of art are good examples of the artists later period when he mainly worked with graphics and sculpture. 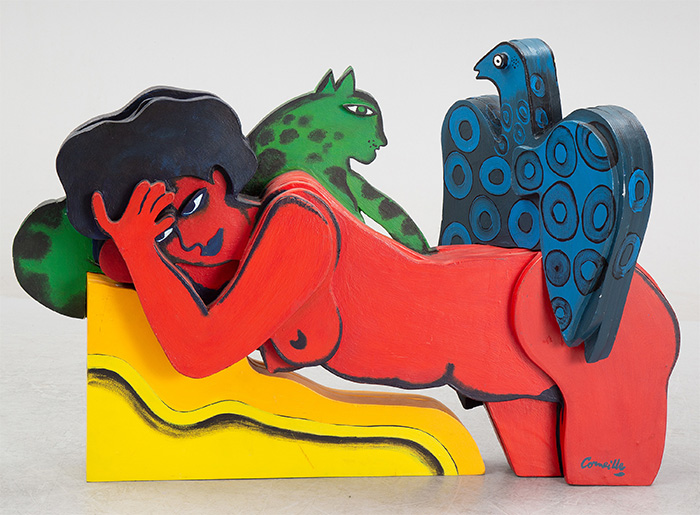