Gunnar John Andersson was born in Malmö 1904. Early on in his artistic career, he took the name Gunnar Jonn. Jonn attended Skånska Målarskolan (the painters college in Skåne) 1926–1928 and after that Kunstakademien in Copenhagen where he studied under professor Aksel Jörgensen 1932-1936. He went on study trips to Germany, Norway and Yugoslavia in the 1930s, where many of his motifs are from. He also painted plenty of scenes from Landskrona and Ven, as he lived and worked in Landskrona from 1949 to his death in 1963. He belonged to the artist group Aura from 1935 and took part in their exhibitions in Malmö, Stockholm and Lund. Jonns first big exhibition was at the town hall in Malmö 1933. The critics wrote about a sensational debut exhibition and spoke of “roused fantasy that has completely inebriated itself on all kinds of horrors and gloomy mysteries of life”. The dramatic and roused paintings from the 1930s may be sprung from a refraction stage in his own life. 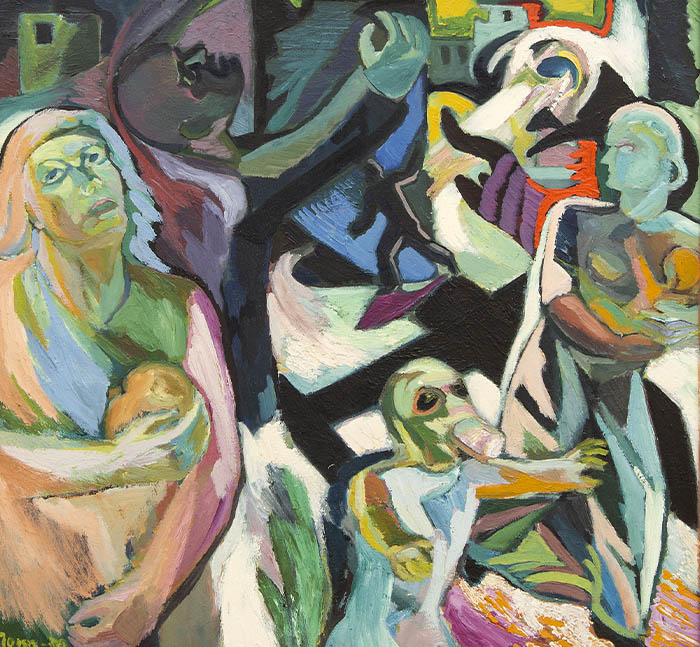 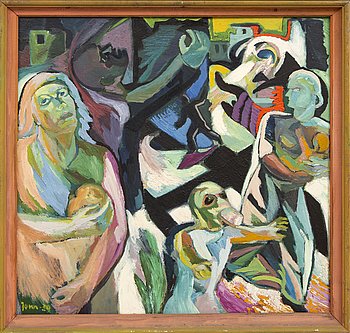 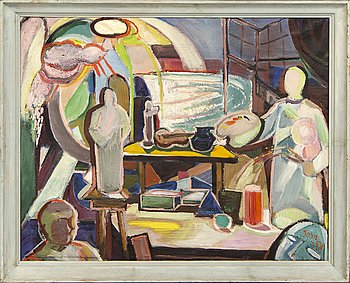 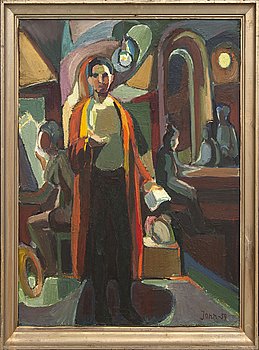 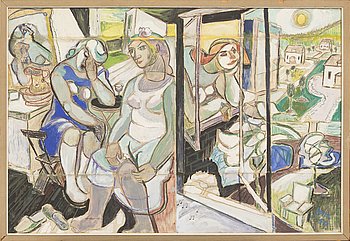 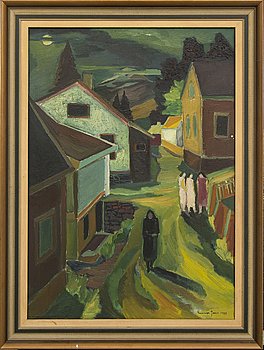 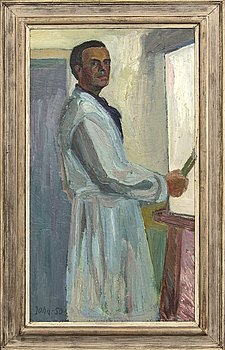 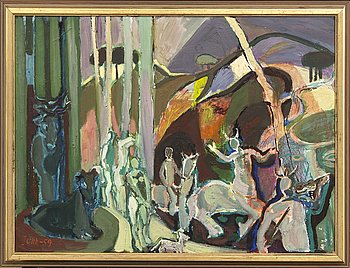 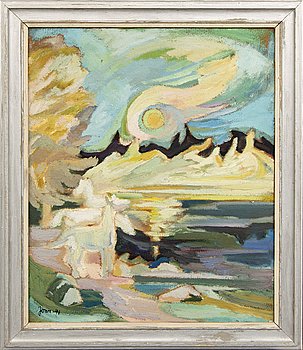 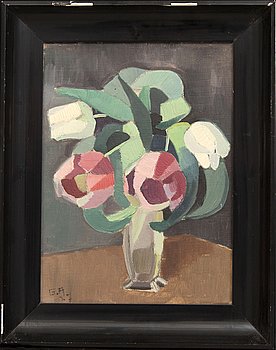 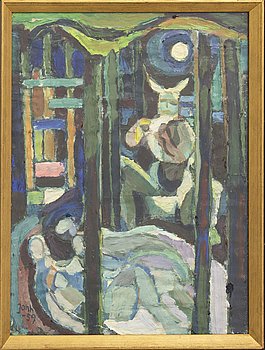 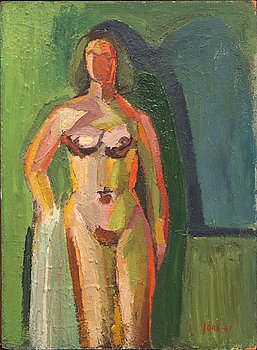 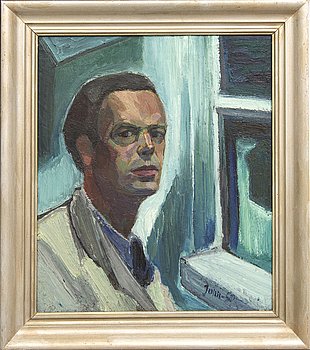 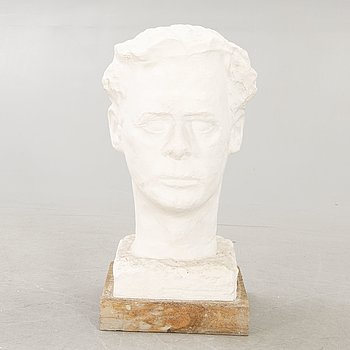 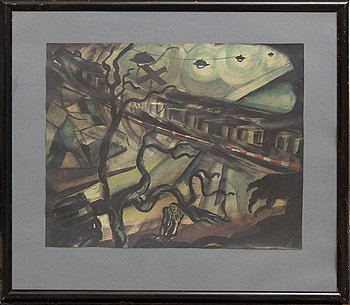 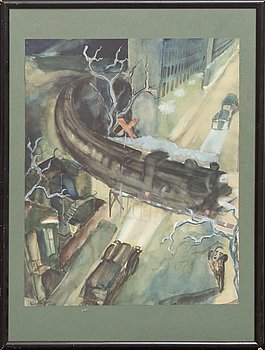 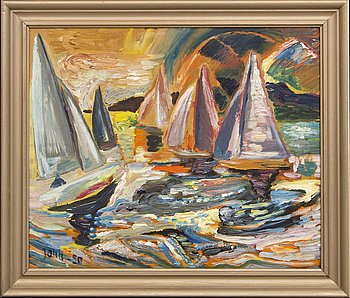 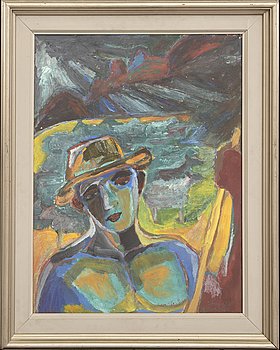 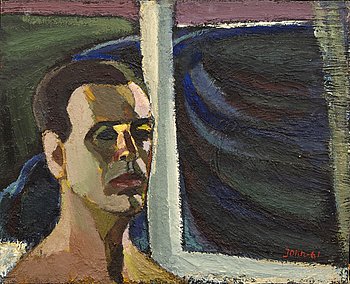 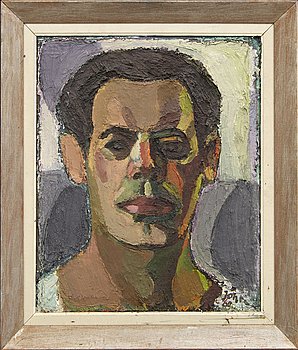 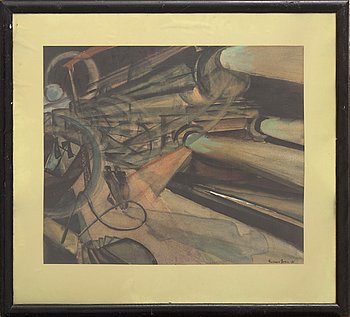 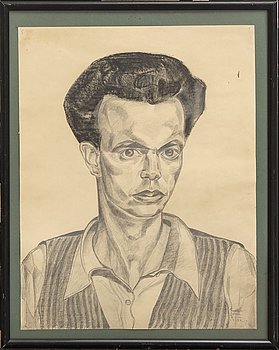 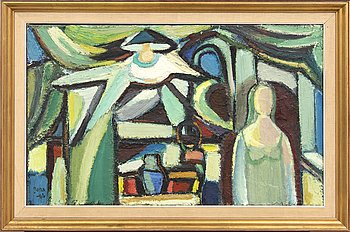 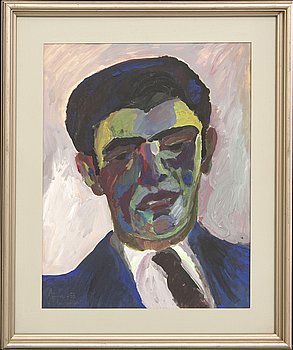 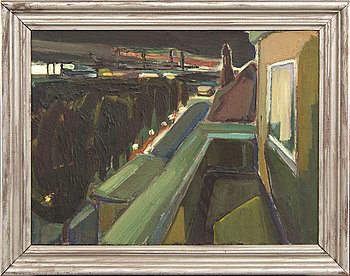 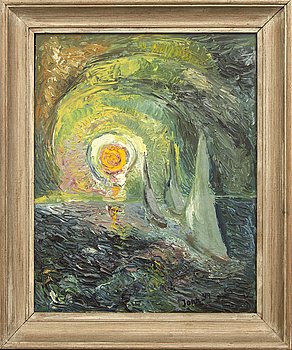