Christer Strömholm was a Swedish photographer and visual artist born in Stockholm in 1918. In his youth he studied for Isaac Grünewald and Otte Sköld, among others. During this time, in the 1930s and 1940s, he liked to paint romantic landscapes, small portraits, theater and circus motifs. Strömholm was an adventurer and in many ways a controversial person who broke away from his bourgeois background and participated as a volunteer in the Spanish Civil War, the Finnish Winter War and in the Norwegian resistance movement. After World War II, he moved to Paris and enrolled at the Académie des Beaux-Arts. Photography soon became Strömholm's main form of expression. The most important work theme was the search for and exploration of people's true identity, which was his starting point throughout life. His photographic images are mainly intimate portraits of children and adults as well as details in a street environment with surreal undertones. Strömholm's photographs from the project "Friends at Place Blanche" are today legendary. These motifs from the back streets of Paris with images of prostitutes, transsexuals and outcasts were often perceived by contemporaries as provocative and frightening, while the latter became highly appreciated and style-forming. On his travels around the world, he took several pictures that have become icons in Swedish photo history, including the portrait of "Bleka Damen" in Barcelona and several popular children's portraits where "Boys with handbags" in Paris 1962 is the most beloved. For several years, Christer Strömholm gave courses in photography at Kursverksamheten in Stockholm, which later became Fotoskolan, where Strömholm was principal for ten years. His work has influenced and influenced a number of Swedish photographers. 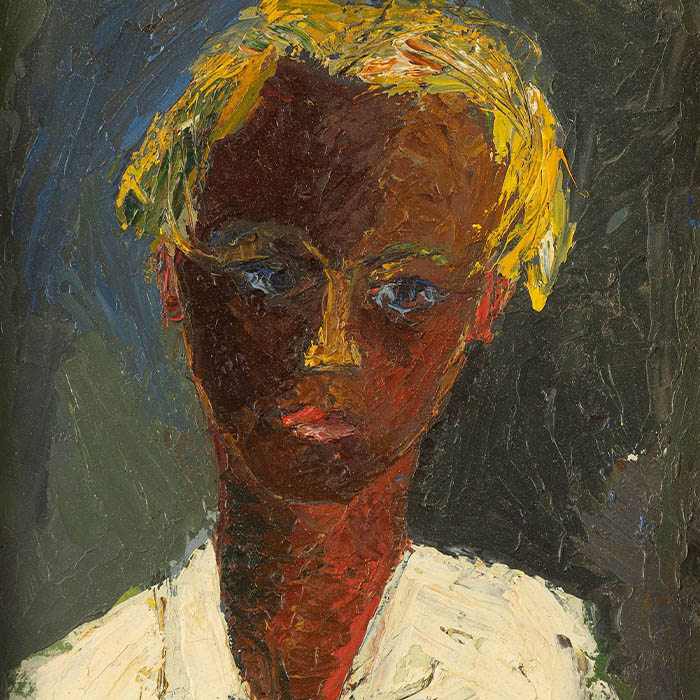