No connection to server
We use cookies to provide the best possible customer experience. If you continue you accept this use of cookies. Go here to read more.
OK
Category /
Design
/
OtherNordic Design Sale
1308384 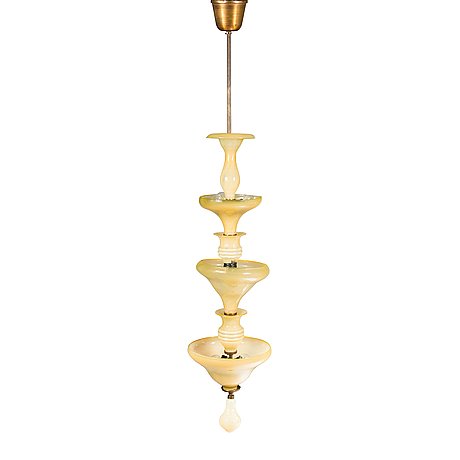 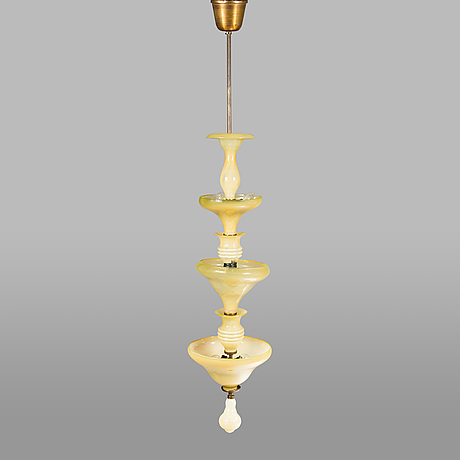 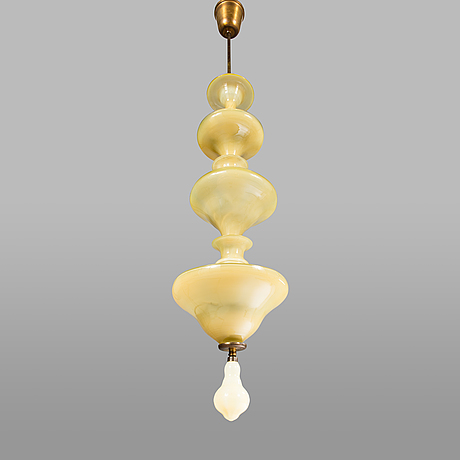 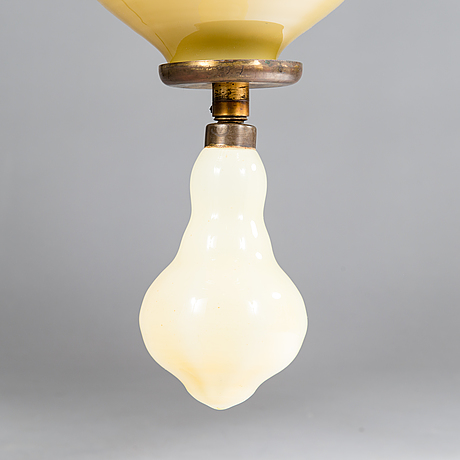 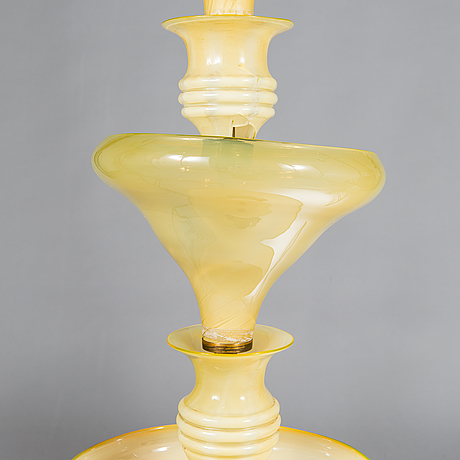 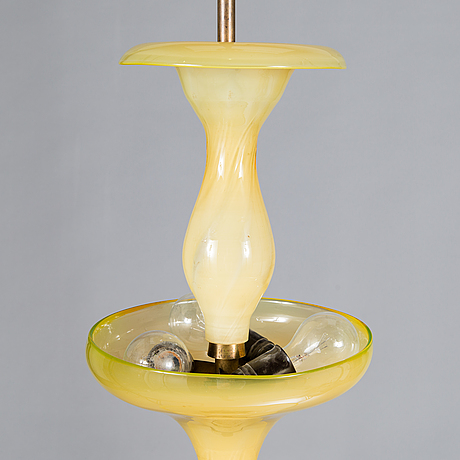 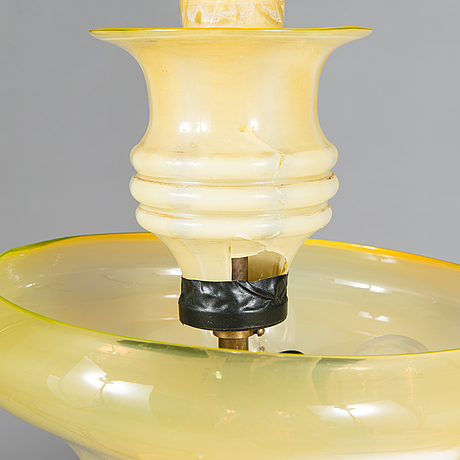 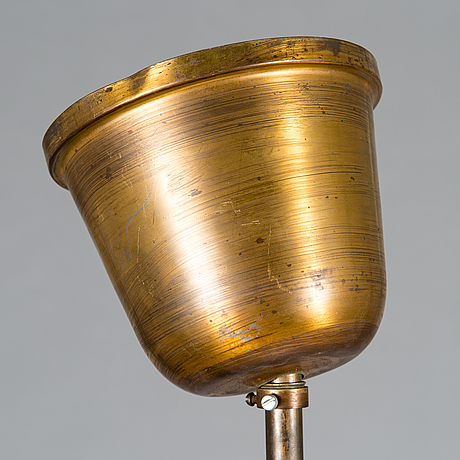 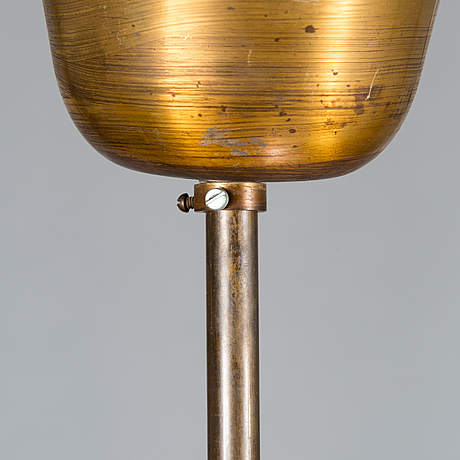 Brass pole with glass shades manufactured at the Kauklahti glassworks. For a total of 12 light bulbs. The diameter of the lowest situated glass shade ca. 35 cm. Total height ca. 185 cm.

One glass decoration in the mid-section with damage and a crack. One shade skew. A replaced screw and a minor dent to the canopy. Not function tested. The electrical wiring is not guaranteed by Bukowskis. Wear commensurate with age.

The props collection of the Finnish Broadcasting Company.

In the 1930s, similar ceiling lights were designed for the Swedish Theatre in Helsinki and for the Sortavala Seurahuone.

Gunnel Nyman (1909–1948) started her career as a furniture designer but quickly changed over to glass design. The strongest influence on her career were her teacher Arttu Brummer and a field trip to Stockholm in 1930. During that time the young designer got acquainted with functionalism, and its principles would be visible in her glass artefacts through highlighting the properties of glass and favouring simple, unadorned surfaces.

In the 1930s, designers worked as freelancers, and, in principle, would only get proper recognition through successful competition entry works. Designers wouldn’t just focus on one material but would move between different materials and design targets. In addition to glass artefacts, Gunnel Nyman also designed furniture and luminaires. Although Nyman designed luminaires throughout her career, little information about her production is preserved.

Nyman began designing luminaires in Paavo Tynell’s Oy Taito Ab just after finishing Taideteollisuuskeskuskoulu (Central School of the Industrial Arts) in 1932 and worked there as a drawer and a designer for the next five years. Paavo Tynell was probably in charge of the technical design of the luminaires, while Gunnel Nyman designed the glass parts.

The few known luminaires by Gunnel Nyman feature a combination of her two passions, interior and glass design – the aspiration to highlight the beauty of the material itself and an interest in the reflection and refraction of light on the glass surface are visible in Nyman’s glass artefacts as well as in her luminaires. Her early work in the luminaire industry was a good learning experience that affected her later career in glass arts.

During her short career, Nyman designed furniture, luminaires and glass for leading Finnish furniture and glass factories. Despite her early death, Nyman created a foundation for modern Finnish glass art and served as a vanguard for the next generation of glass artists. 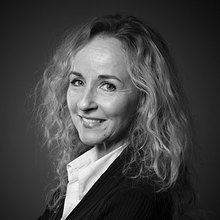