Throughout his life, Bauer came to return in his art to the childhood neighbourhoods in Småland. The untouched Swedish nature where trolls and other fairy tale characters can be seen growing out of the boulders is animated through Bauer's treatment and appears as a mythical primordial force.

During his years of study, he was fascinated by early German and Italian painting but soon returned to the Swedish fairytale forest.

After the marriage, his wife became the princess with the blonde hair, the center of so many of the drawings, i.a. to "Elves and Trolls", which he began publishing in 1907 and gave him the rank of our foremost storyteller.

The entire Bauer family died in the sinking of the steamer Per Brahe on Lake Vättern in 1918. John Bauer is represented in Sweden's major museums and private collections in Germany and the USA.

In this theme auction, you will find ten lithographs from the suite "Troll" from 1915. 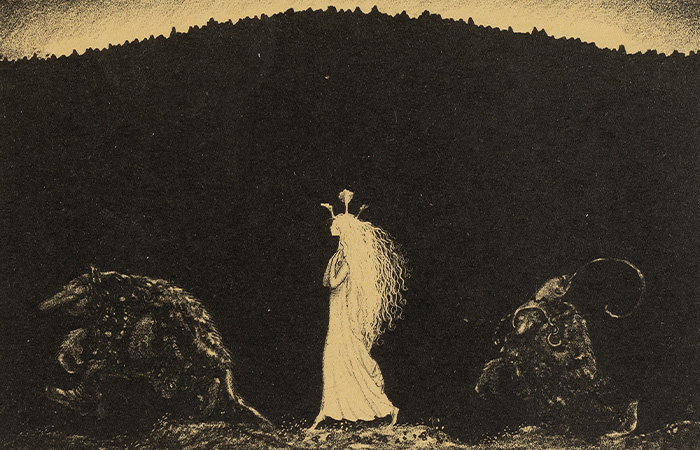 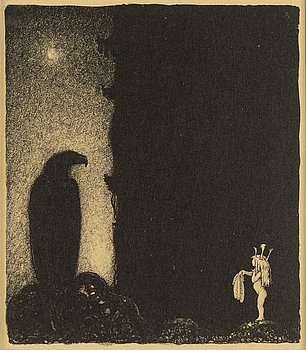 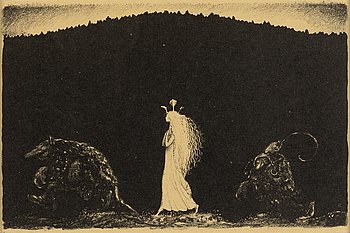 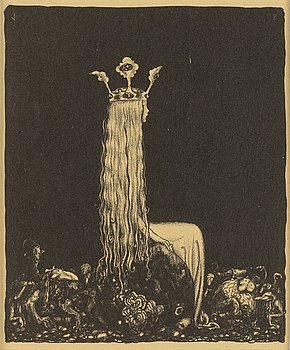 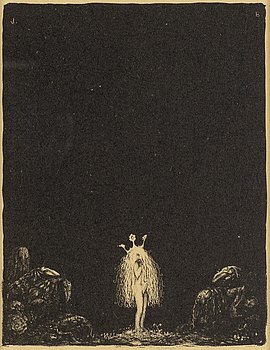