Success for Danish design at Bukowskis 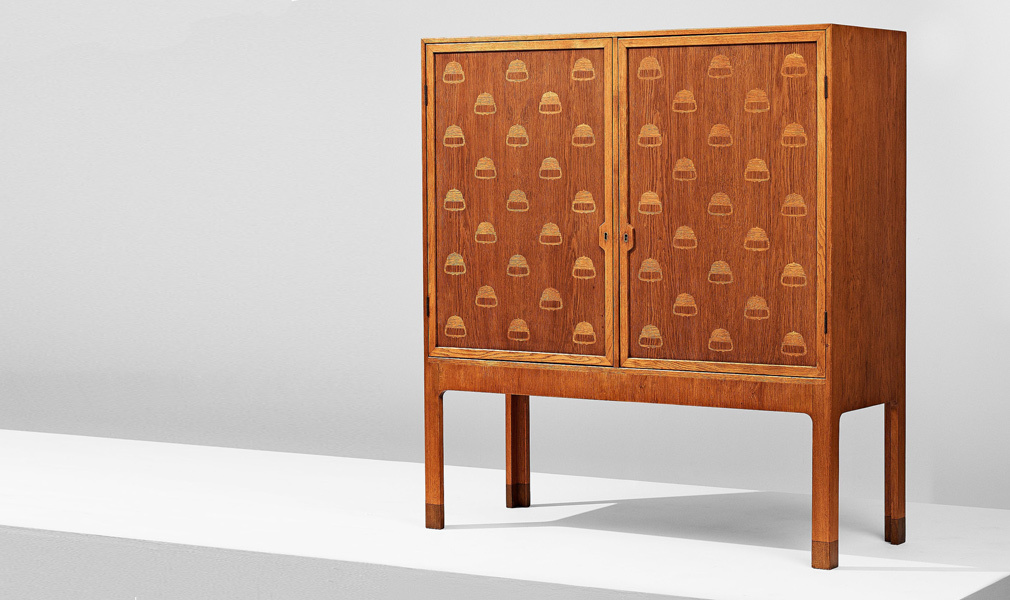 Bukowskis, once again the auction house where collections are sold. This time with Hans J. Wegner's much sought-after and iconic design.

On Wednesday evening, Bukowskis closed the season's first major theme auction with fantastic results and excellent bidding. The interest in Wegner's classics has been enormous, both during the viewing and online.

”We are happy to see that the interest in Scandinavian design continues to be great both in Sweden and internationally. We are looking forward to another successful auction season,”says Björn Extergren, Head of consignment and sales department.

Many of the unique collectables surprised with an intense bidding and final prices far above the estimates. Such as the cabinet "Ekollon", hammered for SEK 309'000 and the bar cabinet from the Mayor's Office, Århus City Hall from 1941, which was hammered for SEK 120'000.

Exciting items like the paper basket in model ”B51” was sold for 50'000 SEK after one of the evening's most intense biddings. The "GE 440" easy chair with ottoman, an exhibition model for Getama in turquoise-blue, ended at SEK 50'500 shows an interest for the unusual and unique. The "Cowhorn chair", an early version of the "JH 505", for Johannes Hansen and the ”JH512" folding chair attracted many bidders and were finally sold for SEK 35'700 and 38'000.

A personal favourite was the incredibly well-worked tambour box that was sold SEK for 37'000. Getting the opportunity to work with a collection of this kind, which spans a designer's entire professional career, is very special” says Jonatan Jahn, Specialist Design and 20th-21st Century Works of Art.

”The success of the Wegner auction shows the importance of selling the best and most important objects through a major international player such as Bukowskis, in order to create a larger impact and therefore the highest prices. The auction has attracted a lot of attention here in Denmark. During and after the auction many requests came from Danes who wanted to get their pieces valued and sold through us at Bukowskis. Which of course made me both happy and proud” Says Casper Behrendtzen, Bukowskis representative in Denmark.