"Hollywood Africans in Front of the Chinese Theater with Footprints of Movie Stars" after Jean-Michel Basquiat. To be sold at Contemporary Art & Design on 12 November.

We are pleased to present prints by Jean-Michel Basquiat at this fall's major hammer auction, Contemporary Art & Design.

Jean-Michel Basquiat’s talent was obvious from the start. Within a decade he went from being an underground graffiti artist to becoming an international superstar, before passing away only 27 years old.

Basquiat, whose roots were Puerto Rican and Haitian, was hugely critical of how black people and other ethnic minorities were unappreciated in American society during the 70s and 80s. He expressed this in his paintings, which were frequently socially conscious, political and full of symbolism.

The motif in this print references his very famous 1983 painting Hollywood Africans, owned by the Whitney Museum of American Art in New York

Toxic is the figure on the left, Rammellzee the central character, and with ‘RMLZ’ written above his head. The figure on the right represents Basquiat, recognisable by the hair. The work was made during an extended visit to Los Angeles, where Basquiat had his second solo show at the Gagosian Gallery. It refers to African Americans being underrepresented and marginalised in the film industry.

At once a poet and an artist, Basquiat challenged the art world by mixing the academic with the naive. The period when this work was made was highly significant to Basquiat as an artist. It is autobiographical, historical and explores contemporary issues important to him at the time, and which continue to be important today. 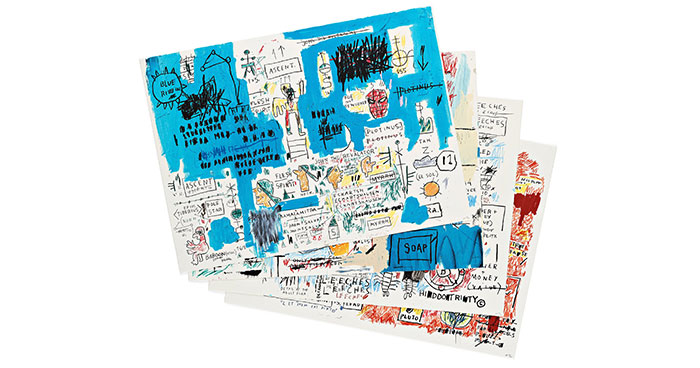 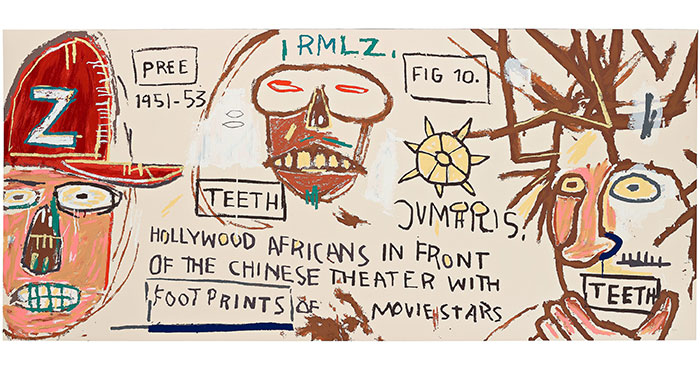 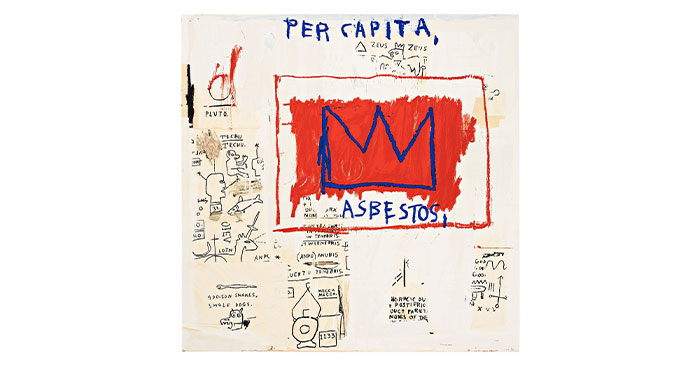