The Bee Hives by Carl Larsson at Important Spring Sale

1884 came to be a year of success and happiness for Carl Larsson. In March, Carl and Karin moved out of Paris to the rural idyll of Grez-sur-Loing. Carl writes in a letter to August Strindberg: “Now we live in Grèz, where I have rented a small house (studio, bedroom and dining room) for a whole year with Madame Chevillon. Here is a glowing summer. We are very happy ”. Grez played an important role in Carl Larsson's artistic development. This is where his painting underwent a transformation from academic studio painting in oil to outdoor realism in watercolor. Larsson was influenced by contemporary French outdoor painting where the focus was on the harmony between man and nature as well as the games and refractions of light. Strong impressions also made the public life motifs of the so-called "L'école rustique" where artists such as Millet and Bastien-Lepage were style-forming. 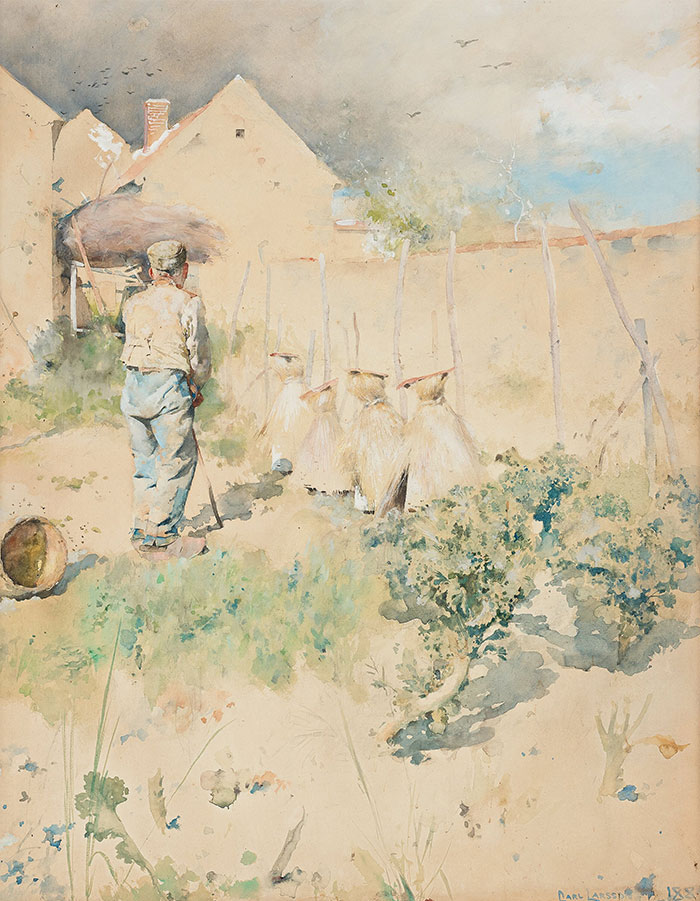 Carl Larsson followed his role models in the Grez watercolors and painted simple motifs, which were closest to hand: pumpkins in the kitchen garden, working farmers or children in the terrain. The artist's wife Karin has told in a letter about how Carl could sit in his chair at the guesthouse in Madame Chevillon's garden and only turn around when he wanted to take on a new motif.

For questions regarding the condition report, please contact our specialists: