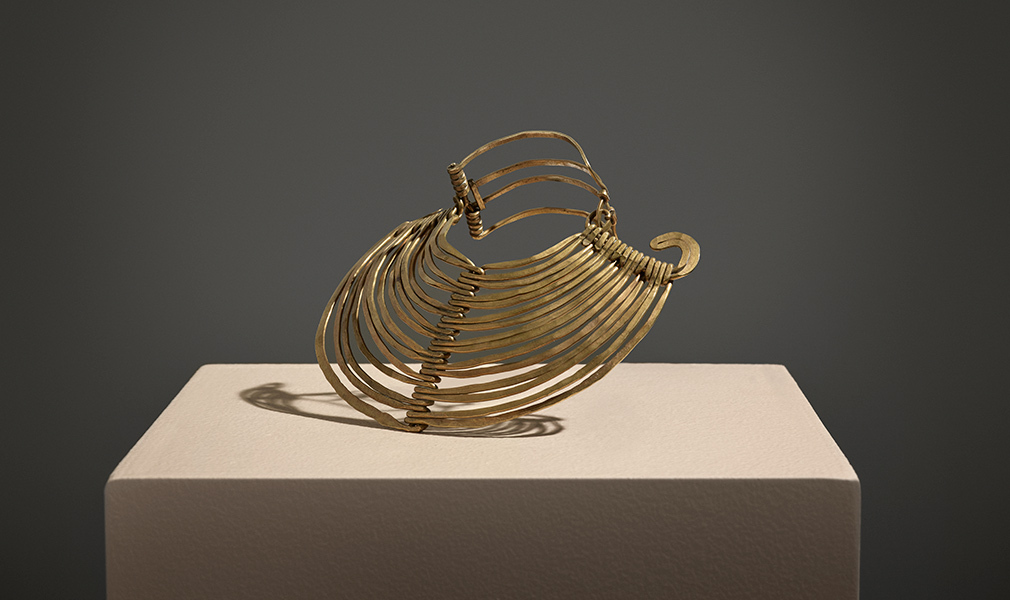 Alexander Calder was born in 1898, a son of sculptor Alexander Stirling Calder and painter Nanette Lederer Calder. His parents encouraged his artistic creativity and as a child he created various objects, such as jewellery for his sister’s dolls. Despite his artistic background, Calder decided to study machine engineering and graduated from Stevens Institute of Technology in 1919. A few years later, in 1922, Calder began his career as an artist and made his first pieces of jewellery in 1928.

As an artist, Calder was most of all a sculptor, and he is best known for his kinetic works/mobiles and sculptures. These can be seen all over the world, such as outside Moderna Museet in Stockholm and Sprengel Museum in Hanover. This basis as a sculptor has evidently influenced Calder’s jewellery, which exhibit a sculptural design language, targeting at a plastic quality. Calder thought art is not static but kinetic, which was clearly reflected in his sculptural and kinetic works.

The view on art as moving and the study of kinetic energy is also present in his jewellery as a play with movement; most of them are composed of moving parts that are connected to a base part. Calder’s goal is not to create traditional jewellery but pieces of art that can be used, while, in many cases, not they are not “usable” in the traditional meaning. His pieces of jewellery, created for the human body, become kinetic when worn and Calder thus created performance art, with the pieces of jewellery coming to life through use. In this sense, Calder was one of the first performance artists and long before his time. Through his jewellery, Calder challenged the concept of jewellery and also pushed the boundaries between pieces of art and utility articles.

The most important sources for inspiration for Calder’s jewellery were abstract art, surrealism and primitive art, as well as Bauhaus, de Stilj and constructivism. This is reflected in the simple forms, compositions and how he conveyed stories through simplicity. Primitive art as a source of inspiration is reflected in Calder’s jewellery by play with forms and use of figurative motives, such as leaves, flowers, birds and other animals, but also in the simple utilisation of metal. For Calder, primitive simplicity in design language was more important than decadence.

Calder’s jewellery is harmonic, a composition of different styles and art eras and, despite the usage of robust, hammered brass and silver, the pieces of jewellery are light and elegant. All of the objects are unique creations which Calder has made by hand, and despite the fact than some pieces of jewellery were made in several similar versions, they are never identical.

The bracelet that is now being sold on Helsinki Spring Sale has distinctive features of primitive art. The spirals exhibit influences from art of the Bronze Age, while the collar-like part is a structure similar to the jewellery of African peoples, such as the Dinka people. These two, the art of the Bronze Age and African art, were two great sources of inspiration for Calder, alongside abstract art and surrealism. The bracelet is also a play with forms and movement, as due to its non-traditional form it doesn’t move in pace with the human body, nor does it act like a traditional bracelet. Just as Calder jewellery, this piece of jewellery is not “usable” in the traditional meaning, but a piece of art that can be used. Thus, as a piece of art, the bracelet reaches its full effect when it is worn and is set into context with the movement of the body.

In his lifetime, Calder had numerous solo exhibitions around the world, the first one at Weyhe Gallery in New York in 1928, but also in Helsinki at Galleri Artek in 1938. At the vernissage of the exhibition at Galleri Artek, for example Maire Gullichsen wore Calder’s jewellery in order to display them in their true element, on the human body.

Of all of Alexander Calder’s work, it was his jewellery that became most personal to him as he often created them for close friends and acquaintances. The bracelet that is now being sold on Helsinki Spring Sale is a gift Maire Gullichsen received from Calder in 1939 when she was visiting the USA. Since then, the bracelet has been owned by the family. The bracelet was therefore made no later than in 1939.

Read more about the auction and place your bid 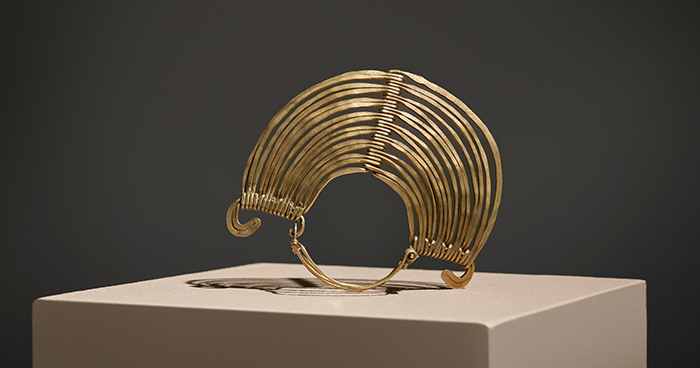 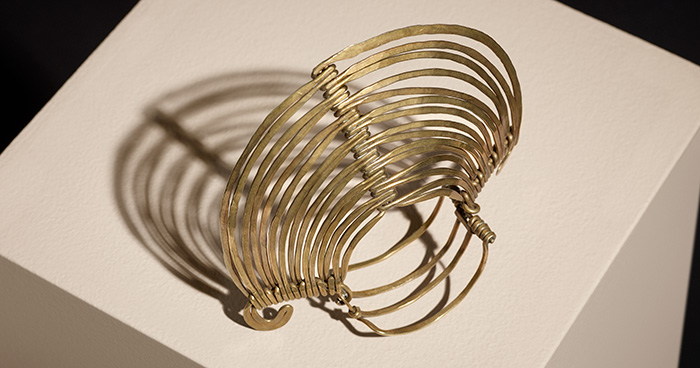