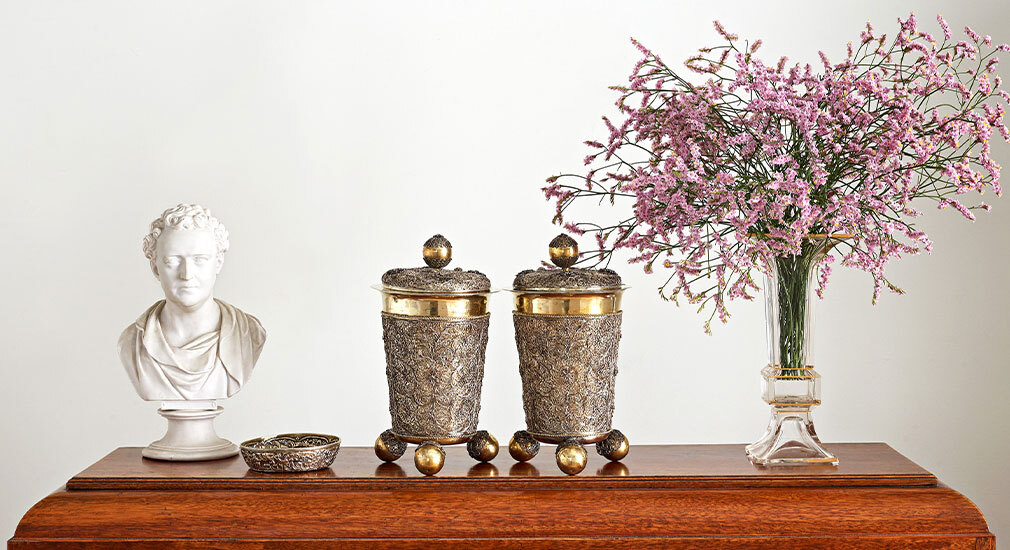 A pair of filigree beakers marked Rudolf Wittkopf from 1698

The beakers were part of the impressive diplomatic silver gift presented to Peter the Great by Karl XII in 1699, in hope of securing the eastern border. Silver objects with filigree were favorites of Peter the Great and according to the Russian notes those items were valued higher than any of the other silver items within the gift. No less than sixteen filigree beakers, of different sizes, were included in the diplomatic gift from 1699. None of the lager beakers are kept anymore in the Kremlin as Peter the Great moved most of the beakers at an early stage to his own treasury in the Preobrazjensko Palace. In 1721, while celebrating the victory over the Swedes, there was a fire that destroyed the palace and most likely all of the silver kept there.

During the early 1930's, when Russia was in great need of western currency, Stalin was in desperation, opening the treasure boxes of the Kremlin armory and the Wittkopf filigree beakers found there way back to Stockholm and were sold through Bukowskis. Then again, in the autumn of 1998, the filigree beakers returned to Bukowskis and were sold at the auction in November. Now for the third time, during our 150 Jubilee year, Bukowskis have again got the pleasure of working with these impressive works of art - as far as we know, they are the only pair still in a private collection.

"To handle and enjoy a work of art from one of Sweden's greatest periods are breathtaking, pieces of silver that have actually played an important diplomatic role in the 17th century - fascinating not only for its quality as an art object but also in a historical way. It is very rare that pieces like those still are in private hands" says Anna Wehtje, head specialist Silver & Objects of Vertu. 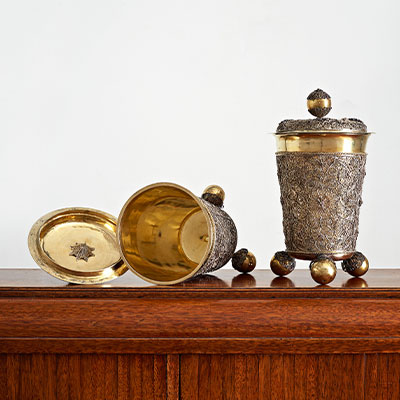 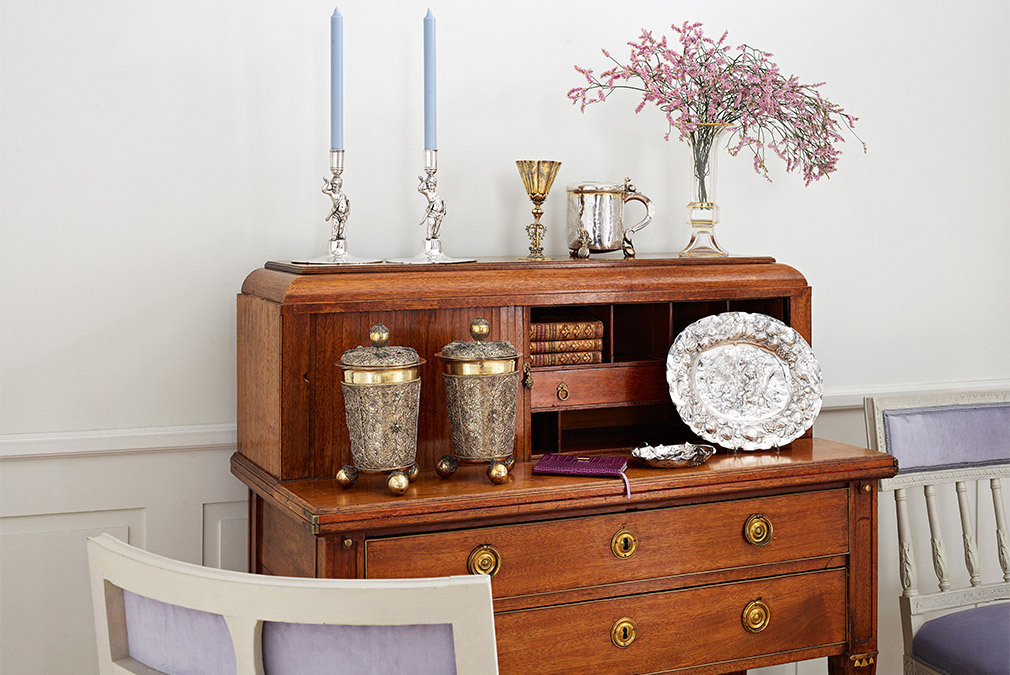 Bukowskis experience an increased demand for Silver. Bukowskis has a well-established international network of contacts and recurring trust in selling significant art, design, works of art as well as entire collections. Through printed catalogues and extensive marketing, we reach collectors both in Sweden and internationally. We will sell your art and design for the highest prices on the market. Please feel welcome to contact our specialists for any advice or consignment.